Banks seem to be doing this because they don’t want to extend credit to people who don’t have a job and the regular pay that comes with it, even if these applicants have substantial investments and few debts.

Has this been happening to you or people you know?

Has this been happening

The original topic about that on the Community is

CHOICE is looking at the issue of self-funded retirees being denied a credit card or credit increase because they don’t have a job. Has this happened to you or someone you know?

that I closed and linked here for ongoing discussion.

But surely this is a consequence of the responsible lending laws that came in years ago.

Possibly, if we might consider also reputations.
Are banks choosing to avoid the look of putting older Australians and pensioners into default when they can’t pay back their CC? The one they used to pay for a new hot water system when the old one blew up. Add the 20+% interest as the debt ballooned and next the fridge caught fire.

The Hervey Norman, Latitude store loans scandal suggests whose side the law might be on if the banks get it wrong.

A Harvey Norman salesman who falsified information to sign up Indigenous customers to store credit cards triggered a $2.5 million write-off for credit provider Latitude Financial. The false contracts were drawn up at the Alice Springs Harvey Norman...

Those on a pension manage to the last dollar. Large one off expenses are difficult unless there are savings of substance to fall back on. Why don’t the banks provide a low cost solution for those depending on a pension?

Are self funded retirees likely to have a problem obtaining credit?

Are self funded retirees likely to have a problem obtaining credit?

That was one of the issues in the prior topic. Since then some seem to have loosed up from being binary about payslips. ING that was very hard edged then now publishes the following options for proving income, but notice it is open ended on what they can demand:

To support your application, you may be asked to provide documentation such as:

In the previous thread I outlined in relation to 28 Degrees:

Was denied a credit card but was told if I got a statement of proof of income and statement of assets from a CPA, they would then consider approving a credit card. Such would have cost a small fortune (around $500).

We had made enquiries with a couple of banks we had accounts with and had similar responses.

From our own experience at the time (mid 2017 in preparation for an overseas trip) was pre-banking Royal Commission. We were told a number of times that getting credit cards if one is a self funded income earner/retiree is possible if there was evidence the provided credit could be covered by income and assets, but the certainty of gaining such credit is unknown and may be denied if risks are considered unacceptable.

I can see why credit card issuers take this approach as the impact on a self funded income earner/retiree can be significant if a considerable debt is accrued and can’t be repaid by the cardholder (employed individuals have the opportunity to earn more income, retirees don’t have similar opportunities).

In mid 2017 when we had our own experience, I thought an easy solution would be to have a credit card that had zero credit and only can be used when money is loaded onto the card. A pseudo debit card that works like a credit card. This would remove many of the identified issues. Unfortunately I was unable to find a credit card provider with such abilities and many prohibit positive credit card accounts…which is counterproductive.

Today they exist. They are called debit cards and can be used on credit card networks.

They are called debit cards and can be used on credit card networks.

Close, but some issuers have different policies in relation to fees and charges, and pre-authorisations. We only knew of the later trying to hire a car with a debit card and also scanned for a hotel security deposit. Being overseas it caused significant issues. Why we ended up applying for a credit card. Our bank at the time didn’t allow pre-authorisations which meant the card was declined at point of picking up keys/check-in. I haven’t checked to see if the situation has changed.

There is also feature of travel insurance which I understand isn’t offered by debit cards.

There are travel cards which are similar and can be uploaded with a currency, but these are expensive and not suited for day to day domestic use.

Times have changed. For example -

Find out if there are any debit cards that provide travel insurance on the Australian market. Here's how to find protection ahead of trips.

and while once upon a time one could rarely hire a car with a debit card, today it is commonplace, at least with the majors.

Yes, in Australia it is possible but not overseas.

I was told by our bank at the time they didn’t allow foreign currency pre-authorisations.

I wasn’t aware that NAB Gold Class Visa offers a debit card with travel insurance (subject to meeting conditions), but it isn’t the norm. I also don’t plan to bank with NAB so not an option. It is also reasonably expensive at $10/month.

it isn’t the norm

It is more common than you may think. I checked a US issue Visa Platinum Debit card I have, and voila, full insurance just like a premium credit card.

As for car hires there are more issues than just preauthorisations - this US site covers them. 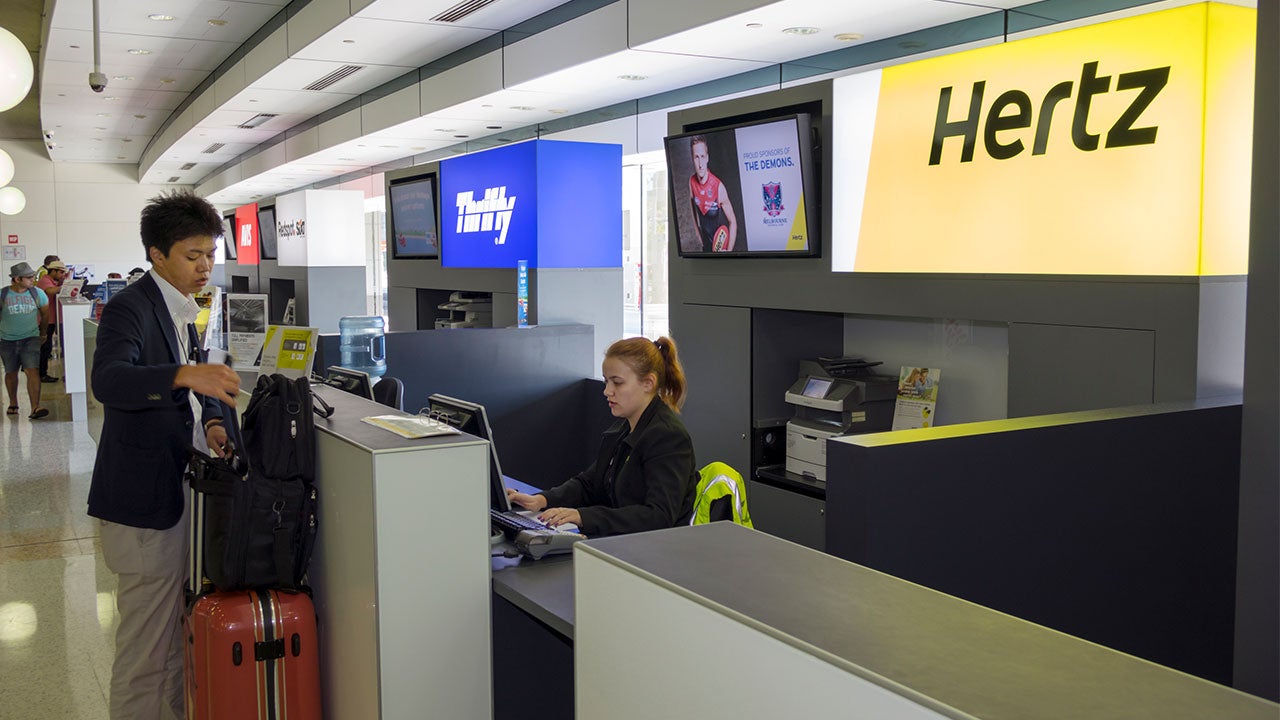 Can You Rent A Car With A Debit Card? | Bankrate.com

Most major rental car companies let you rent a car with a debit card, but they may require you to take additional steps.

Our domestic majors and many minors accept debit cards but state there must be enough funds on it at rental time to cover the estimated hire plus a bit. That suggests they might debit the card at rental and return extra (if any) when the car is returned.

International issues? I don’t have a clue.

No debit card is fully equal to a credit card, but they seem to be moving in that direction.

International issues? I don’t have a clue.

Our experiences occurred in Malaysia about 20 years ago. At a hotel i in Penang we had to give cash bond (about AUD$500) which meant going to a cashpoint to withdraw, paying fees etc. It was our last day so we had to bring cash home and get it exchanged in Australia - cost us about $50 in fees and exchange rates in the end. Not a happy chappie.

Car hire with a local car hirer in Ipoh they almost refused hire. They ended up accepting provided the car was fully inspected on its return and they photocopied the visa debit card, CVV and date so they could charge if a fine arrived after departure. Wasn’t comfortable (didn’t have any choice other than ruining a holiday) as it exposed us to potential ‘credit’ card fraud. Fortunately…nothing untoward eventuated.

Edit: looking online with some of the major car hiring companies, acceptance of debit cards (inc. those issues by Visa, Mastercard etc) is very much country dependant and they advise one needs to check a specific countries hiring T&Cs to determine eligibility. This is something we didn’t do and often the T&Cs for other countries are only visible at the time booking is made/issued with booking confirmation which makes doing such challenging. It may require before booking, contacting the local agency in a foreign country, potentially in another language to try and determine the local policy. A credit card does seem an easier option.

Was your debit card a branded one, ie Visa or Mastercard? Or just your bank branded?

It was a bank branded visa debit card, with visa debit card clearly branded in the bottom right. Being a debit card which was clearly shown in the card was the issue, not whether it was bank or issued direct from the card provider. 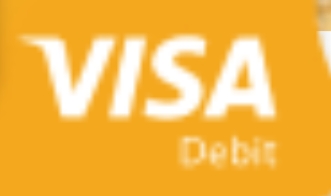 where it clearly shows it is a Visa debit card. Looking online, banks which use Mastercard debit cards also clearly states on the front it is a debit card, such as this example… 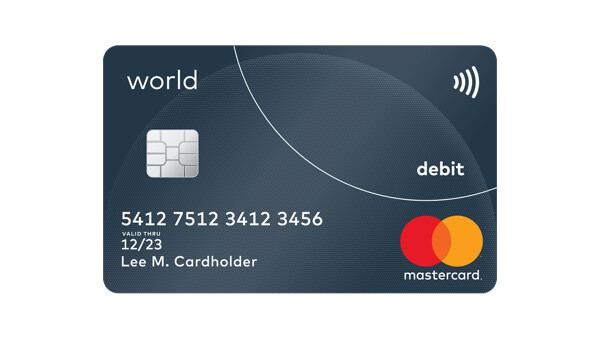 Wonder if this is due to Covid more likely to kill or severely impact >65yr old folks? There’s a much higher risk in lending to that age bracket now?

No because it has been thus for yonks. Further a deceased person’s debts must be satisfied by their estate so long as the estate has assets.

As the population ages, this is going to be more of a problem. A friend of mine was recently declined a credit card by ANZ even though she owns her house and is on a $120K+ public service defined benefit pension that will continue until she dies. If it had anything to do with responsible lending, then the banks would be assessing whether the customer is able to manage the credit card, not just whether they are employed. It speaks to laziness. My husband and I will make sure we have appropriate credit cards and limits in place before we retire.

A nice theory is put forth by Finder 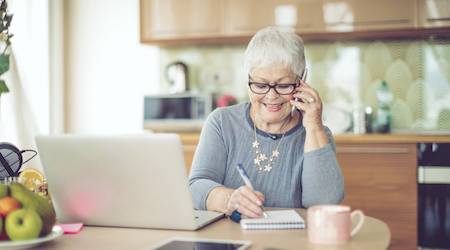 Yet when the application meets the bank this response of which we do not know all the explicit details and credit history seems more common than not.

A friend of mine was recently declined a credit card by ANZ even though she owns her house and is on a $120K+ public service defined benefit pension that will continue until she dies.

It would be interesting if members who obtained credit cards post retirement were successful as well as were pushed back, and with which banks. For the latter some disclosure about a positive, ordinary, or poor credit history would support readers conclusions.

FWIW in the USA those who have managed their lives well and rarely or never used credit are actually stigmatised and at a disadvantage trying to get any form of credit, cards or otherwise - although the vultures (BNPL, etc) will usually help them get started.

Further a deceased person’s debts must be satisfied by their estate so long as the estate has assets.

In principle yes. But it isn’t always so. I know of a case where there was a small positive balance in the deceased’s savings account and a small negative one on their credit card. The bank manager waived the credit card debt and allowed the savings to be withdrawn to settle other debts of the estate such as power bills. I have no idea why, perhaps the manager saw it as good PR, who knows.

That reads as a discretionary decision. The comment to which I replied related to the issuer’s risk in taking on an elderly client for the sole reason of age. An issuer can make a claim; whether one does or not is up to the issuer.

As a general statement a death is publicised for all claims to be timely submitted and the executor pays them so long as funds are available.