I am the admin of the Lemon Caravans & RVs in Aus Facebook group. The stories my members tell are horrifying to say the least. This is an industry that urgently needs a Senate Inquiry and regulation. Regulators are letting consumers down. The judicial system is letting consumers down. I have members reporting being thousands, if not tens or hundreds of thousands out of pocket, simply for purchasing a lemon RV.

My own issue is with Lotus Caravans. In spite of evidence of major failures, including that the caravan is not compliant to Australian Standards, the dealer simply refuses a refund. Why? Because they just can. The consumer has to take expensive legal action, depending on the State. I am in QLD and the Tribunal limit is only $25000. So I have to take it to a full court hearing. Only NSW and Victoria currently have adequate limits for consumers to get redress at reasonable cost. However these Tribunals have become quasi courts, allowing legal representation for the businesses, which force the consumer to also be represented. Then costs are not awarded.

No matter which way you turn, if you buy a lemon caravan you are more than likely going to be financially worse off. Consumers know their rights very well, from being a member of my group and being referred to the information on the ACCC web site. Sadly, with no enforcement, those rights are meaningless.

I hope that Choice will contact me and discuss a survey into this industry as quite frankly it is actually far worse and far more dangerous that even the lemon car manufacturing industry. Do you or your family want to be confronted with a jack knifing caravan because the ball weight is too light, or a wheel coming at you because of a manufacturing defect, or a caravan that explodes right next to yours? This is what is really happening.

I have written submissions to the Australian Consumer Law enquiry and the Productivity Commission enquiry into enforcement and administration. Consumer affairs and fair trading are failing consumers. I have so much evidence that for the most part they refuse to enforce the ACL when they can do so. They simply refuse. So the consumer gets a refusal from the supplier, a refusal from consumer affairs and often when they take it to a Tribunal or Court, they may win but they lose as they settle at mediation with a gag order, they get a result but have to pay their own costs or sometimes are even told to accept more repairs in spite of expert evidence and reports.

I’m building my own from scratch. That way I know exactly what I’m getting and I’ll have a more intimate knowledge of the situation if something goes wrong.

More and more RV owners are looking at that option. Project managing the build from qualified tradespeople. From what I have heard it costs about the same, sometimes even less than the current crop of bad bling boxes.

Good luck with it Do consumer laws do enough to protect caravan owners? CHOICE investigates bad practice in the caravan and RV manufacturing industry, and looks at what regulations and laws are in place and how they're enforced.

Wonderful article. Thank you so much to the Choice team and especially Kate Browne for covering this significant consumer rights issue so expertly.

Great to see your hard work recognised, and I’m sure there will be more on the issue. I’ll make sure @KateBrowne receives the feedback, thanks again @tracy.leigh

Thanks so much Tracy - and thank you to providing such great information : )

A post was split to a new topic: Can anyone provide caravan recommendations?

We’ve spoken to @tracy.leigh again for an update to lemon caravans issues, your rights and what you can do to help avoid problems:

Thanks Brendan, Andy and all the Choice staff for their commitment to consumer protection. The lemon RV problem is huge. Breaches of legislation and regulations are systemic in the industry. Consumer detriment can be in the thousands or tens of thousands. Dreams and lives are shattered. Road users are in peril. The government are not listening to us and so the abuse goes on with impunity.

The government are not listening to us and so the abuse goes on with impunity.

One of the challenges is the State Office of Fair Trading and ACCC seem to have limited powers under the Acts and devolved to them. They tend to focus on the big fish rather than individual cases (ACCC and OFT) or have little power to enforce decisions made to resolve complaints (esp. OFT).

Many individual’s claims require one to take action oneself most likely using legal avenues which often does not provide an outcome for the complainant and does not assist other with the same problems.

Maybe State and Commonwealth governments (esp. States as they are possibly better placed to resolve individual problems) devolve more powers to allow their agencies have more teeth in relation to taking on individual’s complaints and also to ensure resolution is forthcoming.

There are many criticisms of the OFT that they make decisions but lack the legislative or devoluted powers to ensure they are actioned and enforced.

My gripe at the moment is with the ACCC which CAN do something. I have provided them with reams of information at their request, but they still refuse to act. They seem to think the Jayco case will solve all the problems but it won’t. The problems are systemic and the traders know they won’t be prosecuted. This allows them to act in any way they choose. The culture is that of the stereotypical used car salesman. Take the money and run. State and Federal governments can fix this problem quite simply, but won’t do so because they are privileging business welfare over consumer welfare. Until that changes, consumer protection law will remain weak.

It is likely people will turn to lovely shiny caravans as a form of holidaying with overseas travel off the menu with COVID-19 when movements are slowly relaxed… There URGENTLY needs to be a crack down on quality control of caravans to avoid more customer heart ache. Haven’t the Australian public suffered enough. Lemon laws please. 3 strikes and 3 weeks off the road and full refund

Welcome to the communtiy @lpw

I moved your post into this older topic because it reflects frustration that regardless of consumer experiences, it appears to still be under or off the radar of government, although I accept government’s eye is mostly on the current crisis and whatever they might get in while most of us are focused on COVID-19.

Just wondering what people thoughts are about the following article :-
After reading this I am just wondering how easy is it to do a pre-pickup weigh in if buying new and also if you get a pre-inspection on a used vehicle how do you weigh them since people add things so how much are you really able to carry in those cases without weighing in! 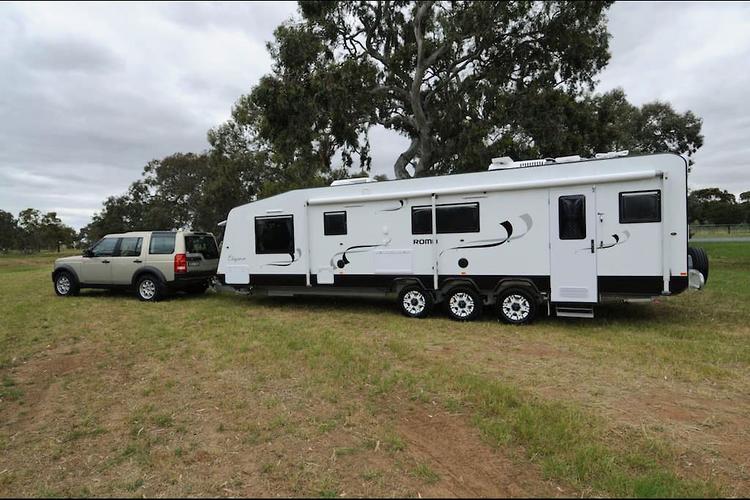 Roma told to refund $83,000 to owner of overweight van that developed 'wobble and sway' at speed

Not sure to be honest but the Tare on the compliance plate certainly was a lot less than the van actually weighed. I am guessing the 200 kg difference on weighbridge weights may have been fluids stored in the tanks (which may have been difficult to empty)…

I guess if buying one ask them to provide proof of weight eg a certificate and then ask for a test drive over a weighbridge??

PS ROMA vans is RVMAP manufacture, still, even after this! RVMAP is suppose to be the voluntary regulator of the industry and when new laws hopefully get passed at federal government level, I think they want to be the official regulator!

The proof is suppose to be the compliance plate ie it is a compliance plate. This was the reason they one the case as the manufacture did not compile to the law. I think in the article their is a link to the court transcript but they should be available publicly anyway and they are a very interesting read.

I have gone to many caravan shows and I know that one company made a point of saying they weighed each van independently and they said this was unusual! so as you said get the van weighed independently but not sure how easy this is done especially if the van is delivered to your door in regional area!

I completely agree with the compliance plate factor but was meandering more around the 2nd hand van market when things may have been added eg a bigger water tank, more cupboards, bigger bed. Yet even a new van as this article showed is no warranty of accuracy in weight…even perhaps dimensions or materials used.

Total agree with you on that one grahroll! extremely valid point!