DuckDuckGo finds things which goog does not.
Finds information, and research not found by goog.

DuckDuckGo finds things which goog ones not.

I read somewhere DuckDuckGo relies on Bing for it’s catalogue.

How does DuckDuckGo find content that neither Bing nor Google have catalogued?

DuckDuckGo works in broadly the same way as any other search engine, Google included. It combines data from hundreds of sources including Wolfram Alpha, Wikipedia and Bing, with its own web crawler, to surface the most relevant results. Google does exactly the same, albeit on a somewhat larger scale. … While Google, with its vastly greater tranche of search data, is able to second-guess what I’m after, DuckDuckGo requires a bit more hand-holding.

An sometimes it can be a little slow and also hangs a little. Usually a refresh sets it right. I suspect that this is filtering out the tracker cookies and routing through proxies before displaying information.

I have found that DDG generally gives me what I’m after in reasonable time. It does not have quite the same ability as Google to know the exact website and article I am seeking, but I am happy to sacrifice being tracked every moment of the day for that little bit of privacy.

Have I mentioned Searx lately? It would be nice to use an open source search engine, but it needs an Australian instance.

Have you asked any Australian ISPs whether they would like to be an instance?

Goog has a different search system to DDG.
I searched from 2005 to 2017 multiple times per week re asthma and Seratide/prednisone/glucocorticoid/, effects and action as I steadily was destroyed by the drug which caused me to become asthmatic in 2004. This meant hair loss, muscle, skin, brain, heart wall and flesh breakdown and 70% loss of lung function and short and long term memory. All Google gave was promotion of drugs, promotion of asthma council with funding from glaxoSmithKlein the manufacturer of drug which gave me weight gain of 12 kilos by conversion of lmuscle, articles with doctors saying to diet, reduce food to stop putting on fat gain caused by the drug, and no cause known for asthma.
On getting DDG, in an hour found it was a cortisol mimic a catabolic hormone with systemic effects and in natural functioning of the body DHEA is simultaneously released to reverse the breakdown. And much much more.

As a result very quickly I got off the drug which doctors said take it or die, and there is no alternative. And was prescribed DHEA and started recovering from asthma and drug damage. If DDG had been around in 2005 I would be 20 years younger.

So bottom line DDG saved my life which is reason for this detail. Suppression of facts can have dire consequences.

And my searches re Aus weather records in the colony or predating…Every goog search gives global warming which converted to climate change, pages on pages on pages.
DDG gave me one and half pages of journal articles and records on Aus climate in the past.
Google will give certain people exactly what they want and what Google wants to provide.

Google will give certain people exactly what they want and what Google wants to provide.

I think it’s a combination of

I think that’s in descending order of importance but there is of course no transparency.

Emphasis on short term! I have been on it a few times, and it’s a drug that you take on full dose for maybe four days and then slowly come off (if you come off it too fast it has some seriously nasty side effects).

I have been prescribed it by a few doctors, and it has always been the same - take it for the shortest possible period of time.

Drugs.com discusses how this kind of medication is supposed to be used. And yes, that was the first result when I searched DDG for glucocorticoid just now - followed by Wikipedia. (Then again, I do run an ad blocker or three.)

Have you asked any Australian ISPs whether they would like to be an instance?

No, because ISPs are already in a privileged position when it comes to data and I don’t want to give them even more.

Re coming off glucocorticoids, I stopped the puffer very easily because I was a king 50 mg DHEA. daily. A deficiency induces itchy lungs and a plethora of autoimmune problems lupus included. And I was finally given an Intal puffer which has had negligible side effects for 35 years it’s been around. Hat Dhea. Level was abov my physiological requirements but needed to counteract the glucocorticoid. I knew it was no good but 12 doctors and specialists had me trapped. Some ridiculed my concerns.

I made DDG my default search engine until l became too frustrated by it’s apparent inability to find Australian information- yes l put Australia/n in search.

I use Duck Duck Go as my main search engine, but find that the lack of tracking does result in less relevant results (as Wend mentioned, less Australian results). This is the case because Google tracks what people search then what they click, and then uses that to put desired results higher up. So I still use Google if I’m struggling to find something on Duck Duck Go.

One way to get around this is to use the search commands. For example entering [site:.com.au] would search only sites with .com.au in their URL. Similarly [site:abc.net.au] would only search abc.net.au. You can also use quotation marks “like this” to make the words within it a key quote it looks for.

So I still use Google if I’m struggling to find something on Duck Duck Go.

Google might still need some effort.
With Google search, I often try several alternate combinations of search terms, and then skip ahead for a page or two to check for the real answers. The most popular (not always the best) responses come up on the first page.

The first page always prioritises any word that might be readily linked to a sales opportunity. EG search for an installation manual for a room air conditioner by brand and model no. Listings of installers, local retailers etc take priority over ‘manual’. Some include ‘installation+manual’ in their links, but only as a lead into a prospective sale. Content optional.

Google pushes climate change meaning global warming and my searches re actual climate which would might negate that are blocked.

Apart from above I have no problem finding products or services in Australia by DDG search.

I am very skilled at searching Google and workarounds. My background is academic/physiology biochem. Factual and dense information.

From my observations material in which Google has an interest, are managed,

Use of the private Dogpile search may yield better results than Duck but there is still some loss of personal data control. The private search is promoted as one that strips out much of your personally identifiable information but the parent company’s Privacy Policy and their business model are not that inspiring. The parent company is System1, the same owner of Startpage. 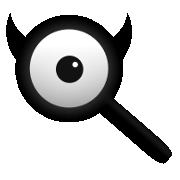 My preference is Searx based in Germany or other EU locales as the GDPR protects my searches a little more than those based in the USA.

Startpage is another privacy respecting search engine, which was acquired by System1 through their wholly owned Subsidiary Privacy One Group. PrivacyTools.io unlisted them initially but after some clarification have now endorsed it again (with a warning note of the acquisition by System1):

Dear PrivacyTools community, In October 2019, we learned that System1 had become the majority shareholder in Startpage.com via a new System1 subsidiary, Privacy One Group. Due to the uncertainty surrounding the acquisition and the initial lack of...

Startpage.com doesn’t log or share your personal information. We don’t track you. We don’t profile you. Period.

And the Startpage search page

Startpage.com delivers online tools that help you to stay in control of your personal information and protect your online privacy.

Thanks I am glad of the searx information and how to set it thru europe. Will look at it now. Privacy great and finding without suppression so important.
As I posted initially after 13 years allowed to get facts came at point I was fading fast, two women in my street both died badly after only 6 years on the drug same dosage. Thanks very much.

I got sick of Google only giving information that suited their advertisers. I recently had their response to a search which included 10 adds some of them vaguely associated with my query. To totally keep Google out of any possible contamination I installed Brave and DDK on a memory stick which means my searches are incognito the difference in the results is remarkable. The only draw back is nothing can be saved.

I have recently discovered an environmentally friendly search engine called Ecosia which suits my not too complex needs. It may be worth a look for some.