We asked you to rate your satisfaction with your SIM-only mobile phone provider, and here are the results.

What is your experience with these providers? Leave a comment below. 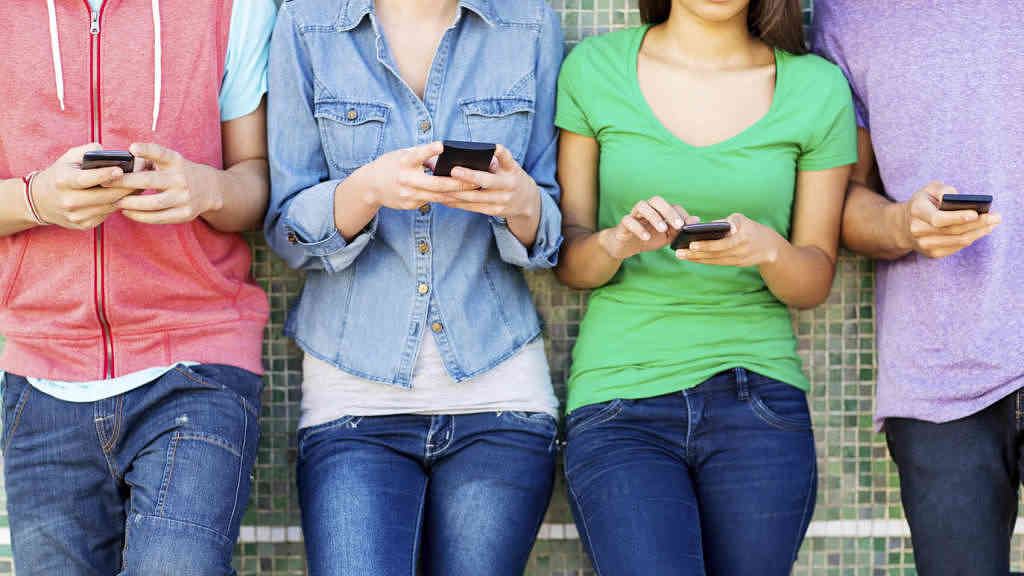 We rated reliability, coverage and value to deliver the top choice in our survey for those who get a SIM only plan. Find out which provider came out on top between AldiMobile, TPG, Amaysim, Optus, Telstra, Kogan and Vodafone, and get the latest SIM...

No mention of Woolworths or Boost (both on Telstra network, though Boost is the only one on the “full” network as opposed to the wholesale). I had Woolies for ages until I realised that I could get a better deal from Boost. I liked Woolworths but $12.50/m trounces $20/m. Admittedly the $12.50 was after paying 12 months up front, but its still a better deal, with 6GB Data, unlimited calls and texts within Australia, and unlimited calls to a bunch of OS countries including UK and US. Woolworths dropped its international call allowance for prepaid.

After years with amaysim we got tired of the poor reception around the house even though we are only about 1km from the local towers. We stuck with them because their rates used to be the sharpest or close enough, until they crept up about 2 (?) years ago.

Thanks to some posts on the forum we bought the Aldi $99 SIM pack last November, use dual SIM phones (one Telstra and one Optus network) and never look back with our amaysim plan a no longer offered PAYG, so it is as cheap as chips to maintain, BUT it turns out the Aldimobile (Telstra) SIM works better in half our house, and the amaysim (Optus) SIM in the other. Indeed, to be intelligible we need to use specific rooms to suit the SIM for outgoing calls, and incoming calls on amaysim sometimes do not even ring but we get missed call notifications. The Aldimobile SIM will always ring but then we need to go to a particular room before intelligible conversation can commence. The neighbours have similar problems.

We have devices with data plans that periodically bounce back and forth from Telstra and Optius net providers based on the deal of the year, and they are all rubbish in most places we frequent because of any or all of bad signals, poor server backing response, or overloaded towers.

Winning can be tough.

Overall much happier with Aldimobile.

Sorry to see your providers weren’t included, hopefully we will have enough responses to include them next time.

An important part of selection is international roaming. Only to receive text messages & usually these are only authentication texts. Few prepaid offer this. One I looked at the other day required a $200 deposit.
We use both Aldi & Amaysim prepaid which both work so long as you have a small PAYG balance.

It is noted Aldi & other MVNO’s don’t get full Telstra coverage. For many the difference may be extremely important. Whistleout has a handy coverage comparison at https://www.whistleout.com.au/MobilePhones/Guides/Telstra-network-coverage-vs-ALDI-Woolworths-Belong-Boost It also has an Optus-Telstra Wholesale comparison.
They could improve it if you could zoom in.

Thanks for the comments and feedback @Kanga2, I’ll be sure to pass it on.

Usually costs several arms and legs as well as your first born, doesnt it? I think if I was to travel anymore I would be buying a travel sim as a couple of my friends have done, and using that, or else if only in one country buying a local sim and using that. 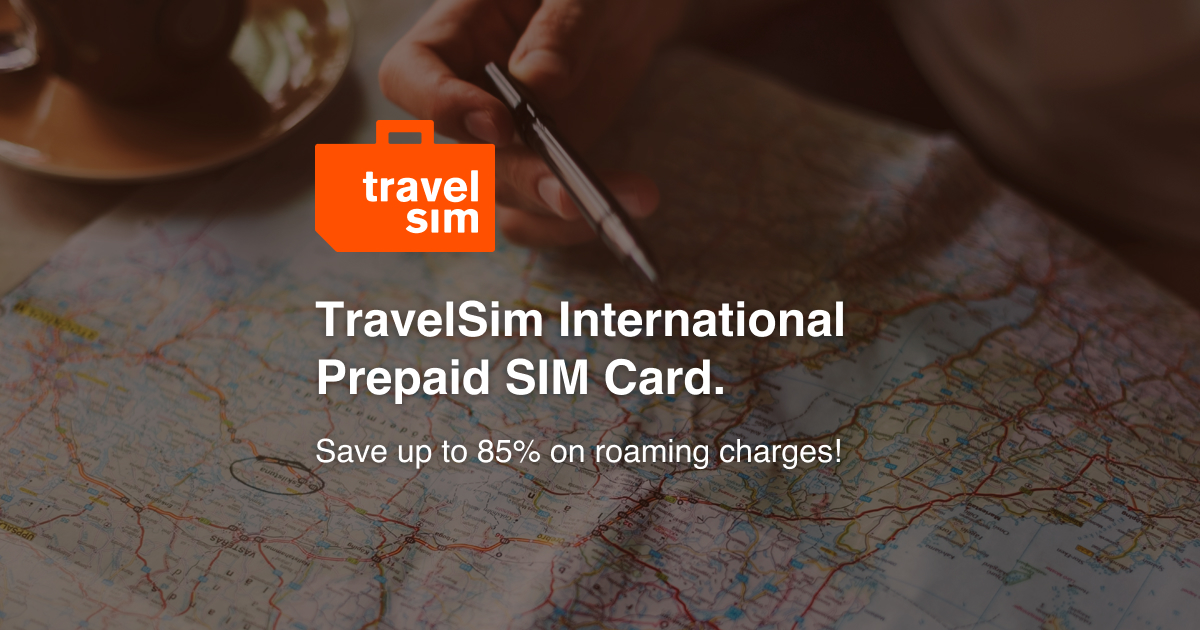 International prepaid travel SIM card for 170+ countries. Reduce International Roaming Charges and Save up to 85% on data roaming. Free shipping.

International roaming to only receive texts is normally free for postpaid and many prepaid services. I agree making and receiving calls can cost an arm & a leg. I’m careful not to do that & buy local SIMs.

In my example, we had less than $10 PAYG available on the Amaysim & Aldi numbers, where as a $200 bond/deposit is required with Moose, Vaya, Realsim & others.

Text messages are pretty reliable at crossing international boundaries, although with debatable security these days. Messaging apps are less reliable. For example, the CBA app gives an authentication code, but in China the push messaging didn’t work. Hotel & airlines are also sending confirmation messages to the number when booked.

Of course it’s best to have a Dual SIM phone.

the $12.50 was after paying 12 months up front, but its still a better deal, with 6GB Data, unlimited calls and texts within Australia, and unlimited calls to a bunch of OS countries including UK and US.

Benefits of buying long period plans, especially for data, is underrated.
Not that long ago I read most users consumed less than 1GB per month, yet most plans are for far more. Is that just in case?
In my experience, unless video streaming, it is difficult to get there. We have 2 phones & 2 tablets. I’ve set everything to use data. Picture backups, app updates, etc. Never use public hotspots. Just not that much video. Occasionally.
Data usage for us is very lumpy and long period plans even the lumps. As example, on a 365 data plan, no problems when away for a week and use 20GB while out and about, then back home to normal low usage & lots of home WiFi.
It’s a pitty Whistleout and their competitors don’t handle these plans better in the comparisons.

I dont use much data, or calls or anything, but I do need a mobile service thats reliable. The only cheaper option is Belong which is not on the full Telstra network. Ergo, Boost 365/$150 is the best and cheapest.

My family has five phones on Aldi Mobile. Two adults on the L $25 plan and three kids on the S $15 plan. We are all happy with all aspects of the service which include unlimited calls and texts on all plans. We live in a metro area and I can’t comment on coverage in the bush, though on trips away we have not found it a problem.

I’d probably prefer to pay less than $15 (per 30 days) for each of my kids’ phones as these get very little use. A pay-per-use service (which Aldi does not provide [I stand corrected on this, see below]) would probably be cheaper, but we did take into account the fact that if they know they can use it on an unlimited basis they won’t hesitate to use it if they need to.

I like the fact that Aldi seem to pass on many of the benefits Telstra customers get such as no-limit data rollovers and unlimited international calls to some countries. I have a Telstra work mobile and my employer pays a lot more than I do for what appears to be an equivalent service.

Their family plan ($80 for four plans) needs some improvements before I would consider it. This really needs four adults or data-using teenagers before it becomes worth considering.

One thing that annoyed me about Amaysim is that their advertising refers to ‘month’ but their plan is for 28 days. If you Google ‘Amaysim’ the top result (sponsored by Amaysim) is headed “Amaysim.com.au | amaysim mobile plan offer | Grab $10 off for 3 months‎” but when you click through the offer uses their standard period of 28 days.

Using the term ‘month’ to refer to a 28 day period is clearly misleading and deceptive.

Watch for the $99 ‘super pack’ that apparently comes out in November and only on offer for a limited time. Could be in-store only, I do not know. Unlimited calls, SMS, MMS and 12 GB of data good for a year.

A pay-per-use service (which Aldi does not provide)

Though they do have the $15 & $30 PAYG (Pay As You Go) recharges. These last 365 days if unused or if still in credit. The amount is not limited to the recharge cost and you can store a few hundred dollars in PAYG credit by just recharging with multiple recharges. With the cost of each call set at $0.12 per minute same for each SMS, $0.35 per MMS and $0.05 per MB of data. A $15 or $30 recharge can last a very long time if only used infrequently. You can also set up an auto-recharge so that if concerned about the child running out of credit at a critical moment, the recharge will ensure they never do. If usage becomes such that PAYG is costing too much a month then reintroducing the other plans is also simple to do.

PAYG credit is what is used if you use International Roaming but if using Internationally the cost is very much higher than the Australian rate of charges.

I had completely forgotten about this, thanks for the correction. The younger kids’ phones were on the $15 PAYG plan last year in fact, but I wanted them to feel free to make calls and send messages whenever they want as they were resistant to using it when it was pay per use.

It would then perhaps just be easier to put the PAYG plan on auto-recharge (if you are happy to provide ALDIMobile with CC details) at the $15 one. They still get freedom to call, SMS etc and you will only be topping up when the PAYG credit is used up. If they are infrequent users then your top ups should be few and far between saving you a $15 monthly cost. If the usage gets too high as I noted you could easily switch back to the S plan if and when required.

I amended my previous post as part of it might sound snide which was not my intent.

I amended my previous post as part of it might sound snide which was not my intent.

Not taken that way at all

Using the term ‘month’ to refer to a 28 day period

It is using a correct definition for a month. From a dictionary definition of a month “a period of four weeks or 30 days”, so it can be either 28 days or 30 days.

I haven’t trawled through the others but I am sure many use the 28 day period to define their Month of plan coverage.

As a result of your post, just purchased a BOOST SIM. Thank you.
Will move over from Amaysim. Although almost $2/mth more, the included international calls component is useful to us. Possibly better in regional areas.