I’ll start this post with a disclaimer - personally I like paper-bound books especially if it’s something I intend to keep on the bookshelf for a while. However, I’m also an ereader convert as it can be cheaper when you’re reading new books and also easier when you’re moving around.

@DenisGallagher recently updated our ebook reader review (member content). If you’re thinking about getting one, either for yourself or a gift, you might also want to take a look at our ereader buying guide.

If you have a question on ereaders, post it below. 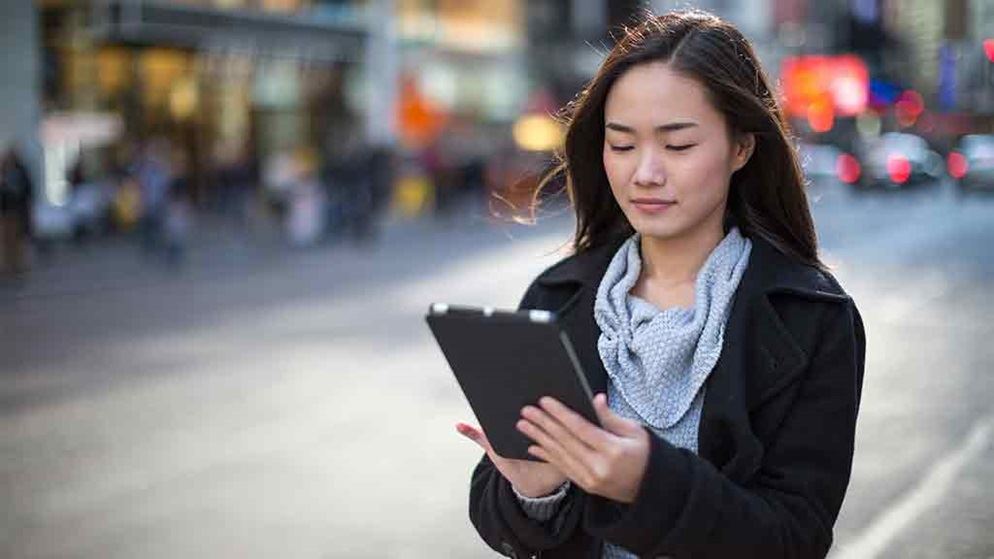 This is great! Planning on getting a small e-reader for my upcoming trip. Thanks @BrendanMays.

P.S. I’m also a traditional, paper-bound book reader but when I travel, I like to travel light!

I have had a Kobo e-reader since last Christmas. I mainly borrow books through my library, occasionally buy non fiction type e-books.
It is brilliant!
Palm size makes it very easy to hold. Being self illuminated you never need to keep shifting your position to read it. You can change the type face and size. Has built in dictionary, just place your finger tip on a word. Likewise to highlight a word or phrase, just touch it. You can even re-read just your highlights! Holds multiple books, a single recharge last months.
Its limitation is many authors don’t supply an e-book version, which is a great shame.
If I was to choose a conventional paper book vs e-book, I’d choose the latter every time.

I have been using Kindles for around 7 years now and have purchased 6 during that time, one was stepped on, 2 were gifts for family members and the 1st purchased finally ran out of puff. I have arthritis so find these much easier to handle that paper books. I love the fact that I can be anywhere and purchase something to read, in fact, I have over 800 books on the device. I love my Kindle

I do most of my reading these days on my phablet-sized phone or sometimes on a tablet, running the Kindle app or Google Books. Once I’ve bought a book, it’s available on all my devices so I can choose whichever I want to use. Since I always have my phone with me, I can catch up on a few chapters (or a whole book) while I’m waiting for the doc, on the bus, etc. without having to take a separate device. I think that buying a dedicated e-reader is a waste, unless you don’t have a smartphone or a tablet.

I love books. I love the feel, the smell and turning the page. I have a large book case with over 300 books ranging from Asimov Foundation to how to tie knots that include my maths books, my Archaeology books and my who done it. They are my friends, my long term partners. I have the 1st book my wife and I purchased 42 years ago.

But my Kindle has over 400 books and sits in my top pocket. We have 3 Kindles. My Nexus and my Wife’s Nexus have the Kindle app as does my laptop. I have other apps on the tablets and laptop for non Amazon books. No mater where we are our Amazon books ALL of them are available and if the Kindle is damaged a new Kindle will still get them back again. Any book that is not Amazon is backed up to the cloud and my NAS. I use Calibre ebook manager that works as my database and allows me to know what I have read.

My friends now give me an Amazon gift card that allows my to get what I want. With the Amazon/Kindle combination it gives my the opportunity to read unknown authors for 99 cents and not have to worry about spending $30 for a dud. I have read some great authors for small amounts of money. At 99 cents each, that is less money than the cost of petrol to drive to the library.

And the biggest plus is I NEVER lose my place as the Kindle opens on the last page I was reading. Sure I miss real books – smell, touch the heavy weight, the cost, have to find a park to go in and buy the book. But, like a lot of other things that technology has overtaken, I don’t miss the manual typewriter, black and white TV, hand washing my clothes or the hose and cart. OK I do miss our old horse.

Without technology I would have to hand write this with a fountain pen and post it!! And check my spelling with a dictionary.

I too like both e-books and real books. But an e-book reader is a must for holidays, or for waiting-rooms.

My first e-book reader was a Kobo, using a paper-white screen with e-ink technology. It lasted about five years or so and worked very well until it died. As with any other book, you needed to have a light on to read it in the dark.

Most of the book I read are old classics, out of copyright, which are available for free download from sites such as Gutenberg Press. But at the same time my wife bought a Kindle because, she thought, more new books could be purchased for it than could with the Kobo. At the time, that was correct, But downloads for Kindle were in proprietary Amazon format, which Amazon had hoped would have people only buying Kindles. Once the almost-universal epub format became the industry standard for reading on all machines, Amazon started losing sales so had to follow suit, thus losing their aimed-at monopoly of ebook readers. When she bought her Kindle my wife also bought a leather cover for it that contained a little book-light that could be swung out to light up the screen – better than my Kobo, which needed a table lamp or standard lamp if I wanted to read it at night-time.

However, after that first Kobo died I purchased a replacement that, by then, had been provided with built-in front-lights at the bottom of the screen – in other words it had become independent of an external light source. Other than, it’s essentially the same machine as the first one. But the front lighting makes all the difference. It’s adjustable in brightness and takes its power direct from the Kobo battery. The only downside is that, because of the battery-drain from the lights, I now have to charge the Kobo about once weekly instead of something less than once monthly. The Kobo still has the paper-white screen with e-ink, so unlike some other e-book readers is only black and white. But there’s not the eye-strain you get from the backlit screen that colour e-book readers necessarily have.

Other than the lighting benefit, any e-book can store lots of books, so going on holiday you can pack a whole library in the space taken by a few handkerchiefs. And since the Kobo also slides quite happily into my trouser pocket with my wallet, when I’m going to the dentist’s or anywhere else I expect to have to wait I take it with me.

I always use the epub format exclusively, and any book in that format can be edited on the computer – say, to add maps or other graphics from elsewhere, or correcting spelling – before the book is downloaded to the ebook reader. (Epub files are simply a string of HTML files.The editing software I use is Sigil, which is a free download, and which doesn’t require you to be expert in editing HTML to use.)

Final comment – at the time of purchase, the Kobo proved to be a better buy than the Kindle or the Sony, which were the then two best competitors.

@pandrew3 I’ve tried buying Amazon gift cards but can’t seem to do it on the Australian site. Is that your experience?

@pandrew3 I wonder if the Kindle Unlimited deal will be worthwhile in Australia. There are rumours that Amazon Prime VOD will be released here soon and bundled with this service. Do you know if there’s any truth in this?

I tried that too a few months ago, probably about March and it failed. There were a few other things I tried too and didn’t work and have gone back to the US site and have not been back since.

I have not seen anything about this. I looked at unlimited and then looked at my reading over 4 months. On average I am only reading about 6 books per month and most are 99 cent titles. I am very comfortable with this rate and did not want to get into a situation where the pressure was on to make sure my reading exceeded the monthly cost of the service. Most of the magazines I read are not available on Amazons.

@pandrew3 Interesting. I thought the same thing but have registered for the one month’s free trial of Unlimited and will see how I go. As you say, there a plenty of cheap books there so would really have to churn through the books to make Unlimited worthwhile.

A post was split to a new topic: Tiny pictures on Kobo Glo ereader

The Choice result is at odds with with every other test/review I have found on the internet, including cnet, pcadvisor & pcmag. They all say the Oasis is the best ereader ever made.

I’m happy to respond to any specific concerns you have with our test - if you think we may have been unfair to the Oasis. We conduct comparative testing, rather than testing a single reader in isolation, and we don’t alter our testing to ensure that our results agree with anyone else’s.

I haven’t seen the test, so can’t comment directly. But I note that the Kindle Oasis is priced at $449 at Officeworks, while a Kobo costs only a small fraction of that. So perhaps, as so often, the judgment was based on best-value rather than highest-quality. The ABC provided this comparison between a Kobo Glo and a Kindle Paperwhite a while back, and the Kobo came out on top, the book format availability for the Kobo appearing to be the scale-tipping feature –

Fans of a dedicated ereader using eink may suggest that the reading experience out-ways the convenience of having a single device, but the choices available remain better than ever however you want to enjoy your next book.

I was simply making an observation. Furthermore, the other reviews of course made comparisons with other models. The only comment I would make about the Choice test is that you obviously weighted the Voyager’s auto light adjustment function more heavily than other reviewers. This may not be so important to everyone.

I love my Kindle too. On my second. Wouldn’t be without it.