When oregano is not oregano

In late 2015, we tested 12 samples of oregano for food fraud and found that seven contained ingredients other than oregano, including olive leaves (in all seven samples) and sumac leaves (in two samples). The seven brands with adulterated samples were Master of Spices, Hoyt’s, Stonemill (Aldi), Spice & Co, Menora, Spencers and G Fresh. 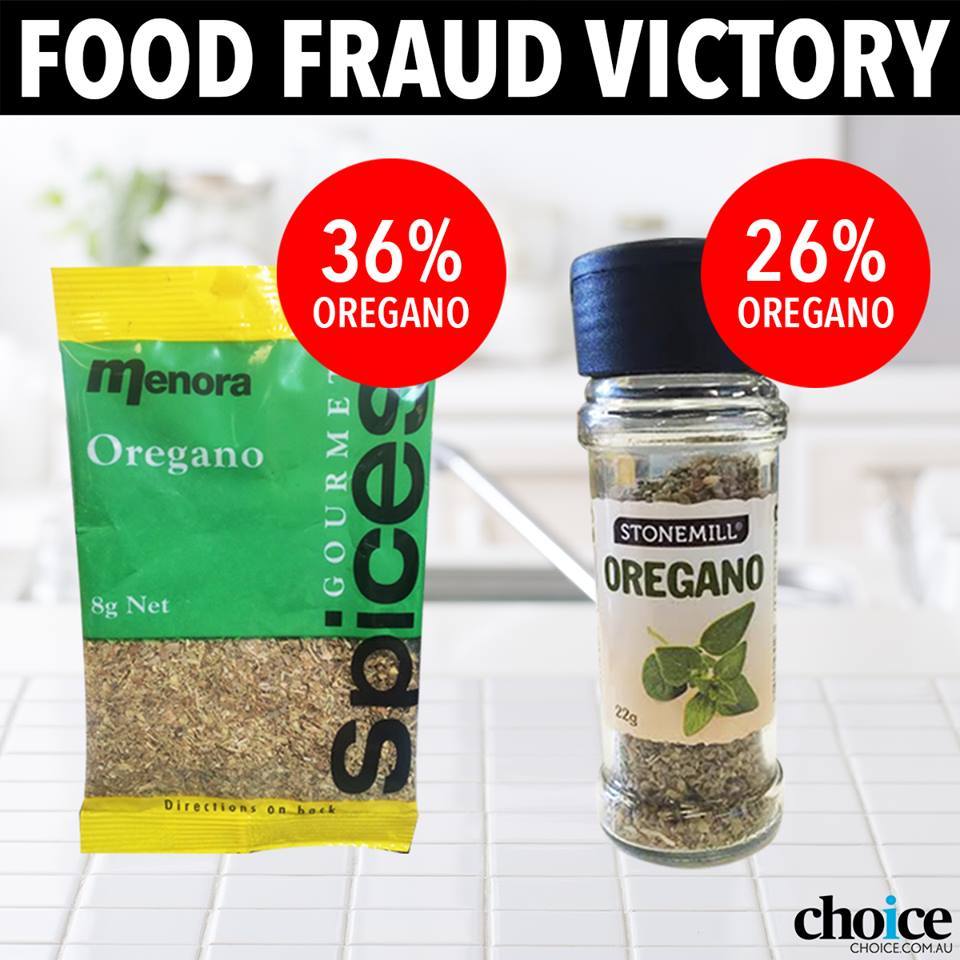 This is all good, but what about all the consumers who paid for something they didn’t get?

Aldi has requested that customers return the product for a refund, and other suppliers should do the same under the ACL. It’s the latest in a long line food-related trickery, so we’d like to hear from anyone in the Community with thoughts on the issue.

Personally, I think including your suggestion from this thread (requiring POS messaging advertising the transgression) would result in an even stronger outcome for consumers as one example.

They shall receive a stern finger-wagging and be sent to bed without their supper.

And they’ll still get their end of year bonuses.

I noticed awhile ago with the Hoyts dried Oregano which I buy by the jar it did not seem to have the same “kick” to it when you smelt it .That’s usually a sign of old stock so I changed over to Master Foods . Passsed the nose test with flying colours . I then read the Choice test on manufacturers "padding " out their dried Oregano and Hoyts came up as not pure Oregano hence the weak smell . I now buy Master Foods .

“Aldi has requested that customers return the product for a refund, and other suppliers should do the same under the ACL”

ha ha ha. Who would still have the packet bought a year ago?

Better off using the fresh herb instead.

@karen_seager I agree Karen but at the moment am renting whilst waiting for new house . I had a herb garden at my previous home so will establish one in new abode .

The fraud is not the big issue, it is those who could get unsuspecting allergic reactions from blending out the herbs. I hope that the Court ruling also included reimbursement/compensation for those who had a reaction to the material. This them might stop the likes of Aldi placing undue pressure on their unknown foreign suppliers to reduce costs by any means so that they can maintain their supply contracts.

I live in an apartment too but can buy small quantities of fresh herbs from the local supermarket or greengrocer.

I checked the local Coles today . Not much there fresh . Will go to farmer’s market on the week end see what’s available .

Good Luck at the farmers’ market.

Thank you , will try to get some fresh basil and oregano

Thanks for doing an expose on oregano. I wonder about all the other herbs and spices we buy now, and how genuine they are.

I haven’t bought oregano for over 20 years, as I grow and dry my own. But I recently ran out, and thank heavens, the jar I bought was Masterfoods! BTW, I grow in large pots or small tubs, so even renters can do this.

@julwood I might get some herbs growing now . Brought plenty of pots down from previous home . Miss the herb garden I had .

This expose by Choice confirmed my thoughts. I had purchased Oregano but it was distinctly lacking in flavour. I assumed it was past its best, now I know why it did not taste authentic We are so fortunate to have such a wonderfull champion for consumers. Thank you very much.
PS I now grow my own, it’s very easy to get going and doesn’t need a lot of looking after…

I recently bought a packet of the Greek oregano from a Greek store. I have a Greek friend who for years has insisted on buying the Greek dried oregano for flavour. He said the oregano we have here is different and not “authentic”. I don’t think he knew it had been adulterated with other things, just thought it was an inferior version.

I was wondering which brand, so thanks for that. I’ll get the Masterfoods one.

Update: The ACCC has accepted a court enforceable action against another oregano provider - Spencers, Anchor Foods. Spencers must now undertake regular testing of its oregano and other herbs and spices products for a period of three years. 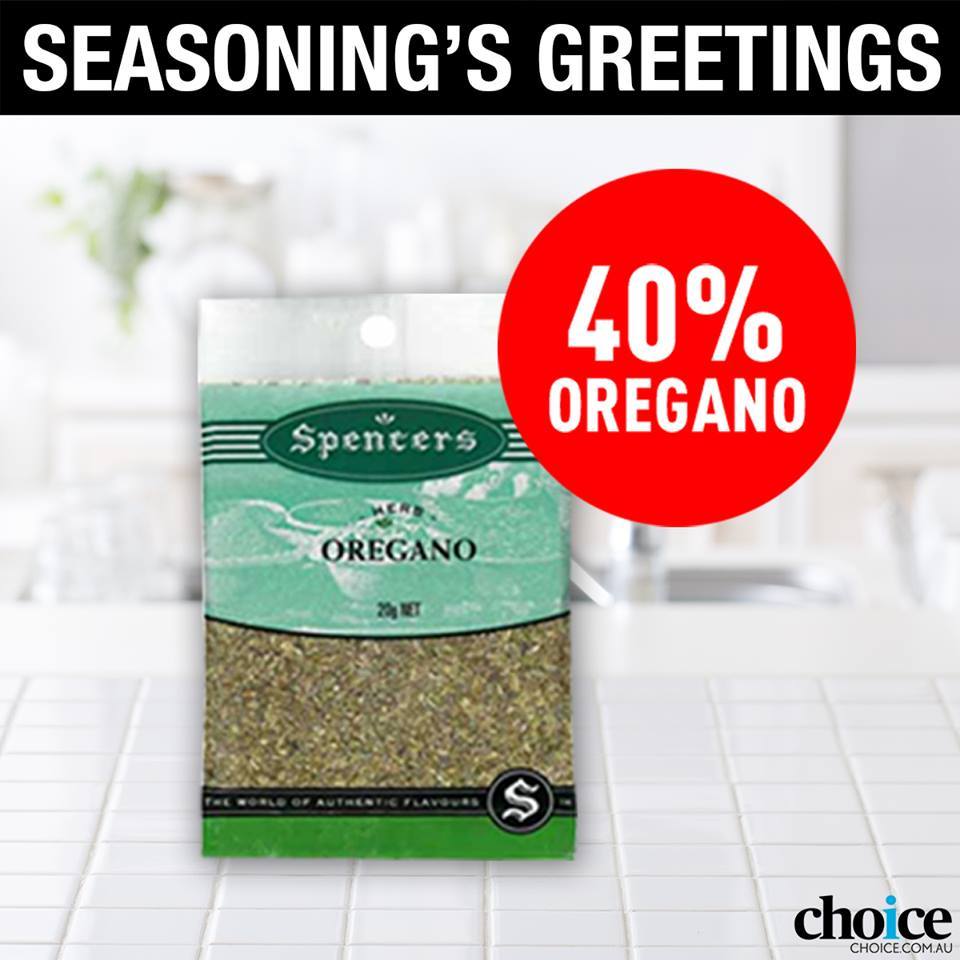