Bottled water is neither healthier nor more hydrating than tap water, and most people can’t tell the difference in a taste test. Nevertheless, the bottled water industry is expected to take in about $688 million in total sales this year. Read @AndyKollmorgen’s article on bottled water.

It could save money and help environment, so what is needed to reduce consumption of bottled water? Education, better access to drinking water or something else? Leave your thoughts in the comments below. 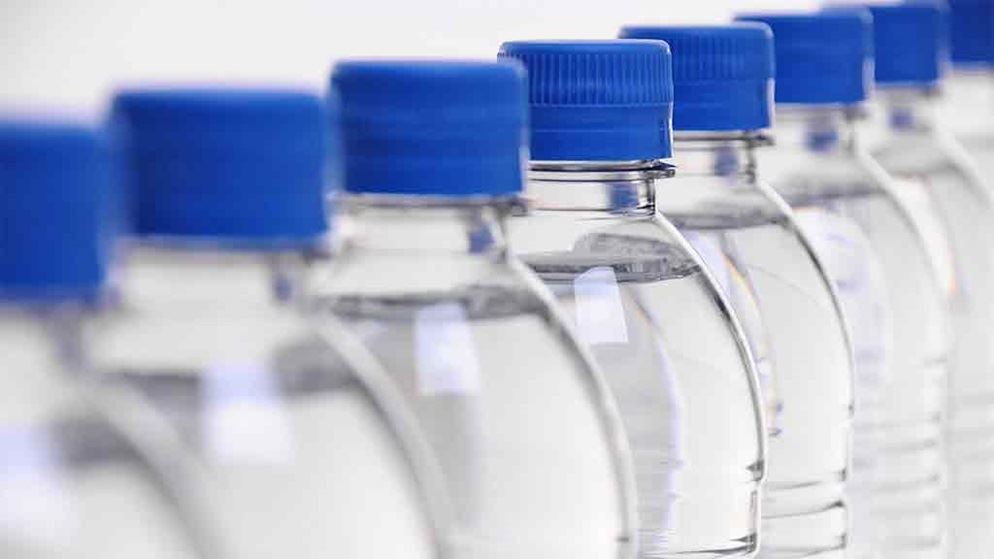 A study in pure marketing with all the associated “lifestyle benefits”…great body, huge house, fast car etc… and some of it is actually bottled …TAP WATER!! …

Some health and safely justification in some countries where the water is unsafe…but in metropolitan Australia??

I’ll stick to tap water thanks…

I think that there are a number of reasons:

So what is needed:

A good web site on the topic - http://www.coolaustralia.org/bottled-water-secondary/

$688M, that equates to about half a billion single use plastic bottles, which is a drain on our precious resources. That is almost enough bottles, if stood up side to side, to circumnavigate the earth’s equator. For Australia alone, there is seriously something is wrong with that ‘picture’.

That is also about $27 per capita in Australia, but average would be greater for those who consume bottles water (as we don’t on principle)…imagine what this money could be otherwise spent on.

$27 also equates to about 25 bottles of water (one every two weeks per person) or about 12.5L of water. For tap water, this would be round 10 000L or about 800 times more. I can’t believe that some Aussies pay 800 times the price for anything because it is more convenient (and when the quality is no different to tap water?

When tap water tastes awful and no filtered water is available then its OK to have bottled water.

some of us don’t want flouride in our water, I buy spring water and take it everywhere with me, I would be happy to drink tap or recycled water if it didn’t have flouride in it.

Bought an add-on benchtop filter to our tap, it removes most of the nasties out of the water, we replace the filter once a year for under $50, meaning that the 1500 litres or so of filtered water we go through in a year has cost us under 5c a litre compared to the ridiculous price of bottled water. On top of that, we use long lasting water bottles when we go out, and have a few pitchers for around the house use, so no “hidden” cost in terms of tons of plastic waste either. The cost of water and of the stainless steel bottles and pitchers over a pessimistic ten year lifespan are figured into that 5c/litre so overall I reckon it’s a good deal.

I know - there’s still the matter of fluoride, but even most so-called “spring water” is actually just tap water, so unless you know for certain 100% that the bottled water supplier uses a clean water source there’s no clear advantage to it over a filter. But the choice is down to your individual preferences, just don’t let them pull the wool over your eyes.

Yeah Yeah! What Choice is failing to tell you is that a Class 8 Industrial waste is used, in Perth it’s supplied mainly by CSBP ( WA water corp told me their suppliers & received assay sheets from CSBP), to obtain the fluoride they consider good for you. The waste product is that nasty it eats straight thru steel, concrete & Glass! Think about that, a lab is full of glass containers holding chemicals of all types yet it can’t contain Hydrofluorosilicic acid! See it’s MSDS. Videos are available showing spills of this waste product at water plants and the clean up crews need to wear Hazmat suits, the suits aren’t just a precaution either but a necessity to avoid inhalation. HFA comes as a waste product from many industrial processes so can come with all sorts of other free rubbish, lead, arsenic, mercury, polonium, radium just to name a few, then you drink it down from your tap, yummy! Go to www.fluoridealert.org to see the worlds beignets collection of research on the damage fluoride will do to you and your family, get educated no one else will for you!

Vic - Obviously you haven’t tasted the tap water in Broken Hill, where the water supply has been mismanaged by the Murray Darling Basin Commission and successive governments.I don’t buy bottled water although I do use filtered water (filters are fairly expensive, so we paying twice for water you can drink). The plastic waste appalls me but people are basically lazy and bottled water suits them.

I never buy bottled water I take my own.

Fluoride is not an industrial waste. That is an urban myth.

The most common fluoride chemical used is hexafluorosilicic acid, with the compound formula H2SiF6, which can be obtained from other industrial processes. One can hardly call it a waste product if it is of commercial value and so a more correct name would be a by-product. Waste also is used because it people generally think of waste as dirty, however this is a refined chemical, not a loaf of bread or chunk of ham left out in the sun.

For instance, sodium chloride, or table salt, can be refined from the ocean, a dry salt lake or even urine. Regardless where one extracts it, it remains sodium chloride. The same is true of hexafluorosilicic acid.

Fluoride is also naturally present is a number of foods and beverages. This fluoride is neither more or less ‘toxic’ than that added to water. Using the table salt analogy, sodium chloride naturally present in foods is no different to sodium chloride added by the salt shaker at the kitchen table. It is the same chemical compound. You can’t say one is different to the other. See USDA (2005). National Fluoride Database of Selected Beverages and Foods, Release 2. for foods and beverages naturally containing fluoride.

I understand tap water is the same, and to fill your own bottle is better for the environment.
We have refillable bottle that are used all the time, we also buy 24x600ml bottles of water from Woolies for about $6. The reason is that kids lose bottles all the time, the 600ml ones are convenient just grab one on the way out,have one in the car or even take a bunch when on a trip.
We do refill them and after a few times they are in a recycle bin.

I think a lot of sales is because of convenience, money and environment is second on peoples thoughts.

I regularly buy bottled water but not for any perceived health benefit. Simply that I have kids that play a lot of sport and when you’re out all day both days on the weekend and most evenings during the week it’s hard to keep up.

I never buy the $2/bottle stuff, just the $6/carton stuff. And then they’re refilled out of our tank water. Most weeks in summer we’ll go through 50 bottles a week in the esky and sometimes hard to keep up with refilling them. Having said that, I’d probably only buy a case every month or so.

I work in Blackwater , Qld, if I drink the water there I get a sore throat in a few hours so I buy bulk bottled water.Years ago I was told that Barcaldine has bore water with naturally occuring fluoride , the local Dentist then only saw out of town patients with cavites.Also anything is poisonous in the wrong dose including oxygen or plain clean water.

Is buying the 10L water containers an option for you? This will cut down on how many plastic bottles you waste.

For years I was prescribed medication for IBS until,by chance, I realised there was a connection with drinking tap water. This occurred both in Australia and when visiting the UK. Switching to spring water changed my life. My doctor’s best guess is that I have a sensitivity to fluoride and looking back, I never had this problem years ago before fluoride was added to our tap water.Wonder how many others are suffering as I once did because no-one seems to be aware of this problem with our tap water.

I’m a tap water drinker who carries around a 1L bottle to refill when out but I use boxed water (Pureau) or spring water for specialty tea tastings. It does make a difference, the main obstacles to taste being chlorine, plus spring water has a number of minerals that enhance tea. After some research, however, I’m switching to a water filter that removes chlorine. So far the taste is equivalent!

I have a friend in Brisbane who hates the taste of the tap water there and therefore used to spend a great deal of time dehydrated. Since switching to filtered and bottled water, she drinks more. So those who knock people who don’t drink tap water, do consider this instead of simply berating people for buying bottled.

Bottled Spring water more than likely has Fluoride compounds in it. Fluoride is one of the most common elements in the environment, it is certainly found in almost any water source you wish to drink from. If you wish to avoid ingesting any fluoride you need to drink distilled water. Most filters are ineffective in removing Fluoride compounds. To remove fluoride with a filter usually requires the use of a sacrificial anode that causes the fluoride to bind typically to aluminum creating Aluminum Fluoride which is then removed by a second stage filter.

Fluoride which is naturally present in the environment is usually bound up with Aluminum (Bauxite for example) and Calcium (Calcium Fluoride) but there are many other fluoride compounds out there as well. Interestingly, Fluoride poisoning was researched in Aluminum Plant Workers as it is quite a common by-product of producing Aluminum.

So don’t be duped into thinking that by using spring water you are avoiding it.