Following in the footsteps of The Checkout (RIP) lets post some pack shots of what is on the box and what is in the box. I was recently reminded of the ‘great’ TV dinners from the 1950’s and 60’s and felt compelled to try the evolutionary versions. Here is my one (and only!) foray. 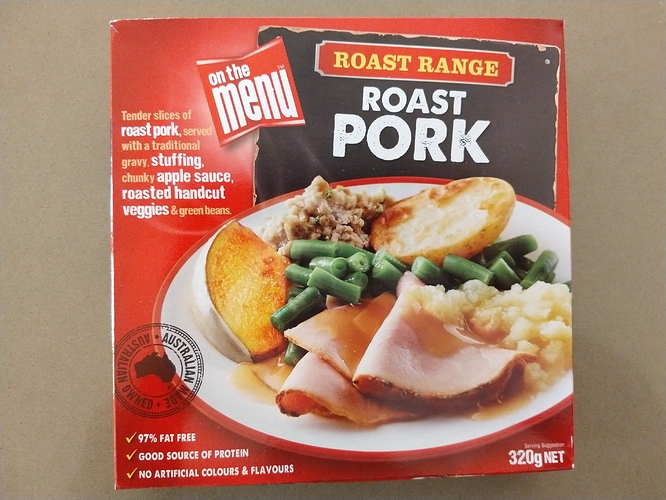 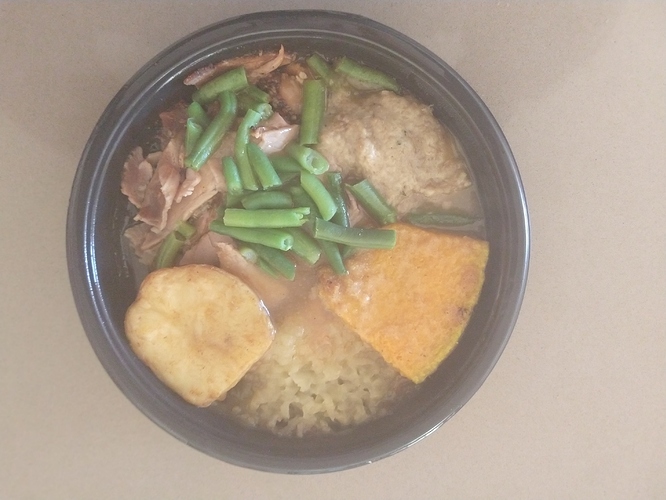 It does not look too bad in comparison to the ones that were shown on The Checkout.

Edible yes. Some bits were better than others in the plate, but overall summary is I’m ‘cured’ of wanting to try another

Looked very watery from what I saw. Also looked rather bland (almost no caramelisation) for what they term a roast dinner.

A lot of things that look terrible are edible, the real question was it enjoyable and memorable (for the right reasons)?

Great thread @PhilT. Would love to see some follow up entries if anyone is game!

The gravy did have a somewhat watery presence, reminiscent of Gravox done poorly. Overall it was bland although one of the contents was loaded with pepper. I am not sure but think it was supposed to be stuffing. The ‘roast’ was essentially deli-like slices that would be more at home on a sandwich.

No, it was edible.

I will remember not to buy another

For those interested, using a clock reference the goop at 2:00 is the stuffing, at 6:00 apple sauce, and 4:00 is a piece of pumpkin with skin.

Been looking for these photos for ages. I expected better of Weight Watchers. Bought this a few months ago and was so disgusted, I photographed it before eating. It tasted as bad as it looked. There wasn’t much of it and i pitched it out, couldn’t finish it. 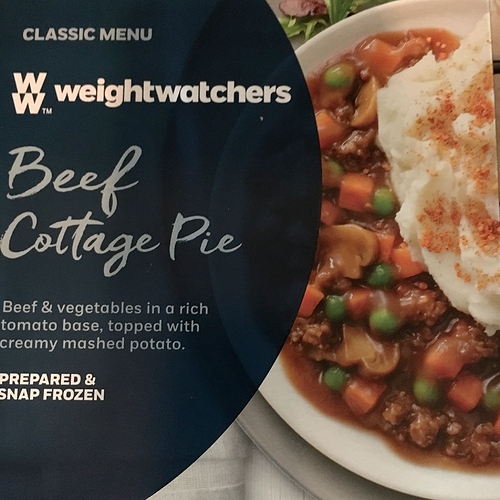 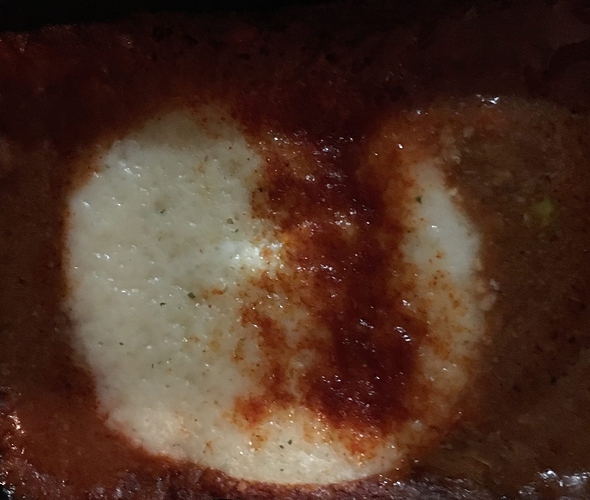 I photographed it before eating. It tasted as bad as it looked.

Don’t you mean, ‘after passing’ shot? This would be an apt description for the second photo.

Don’t you mean, ‘after passing’ shot? This would be a apt description for the second photo.

I wasn’t sure how to politely say it, but you did it well - yes that was what I meant 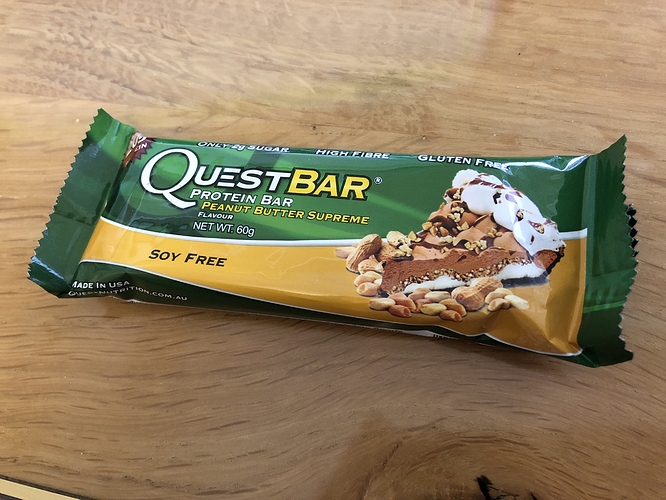 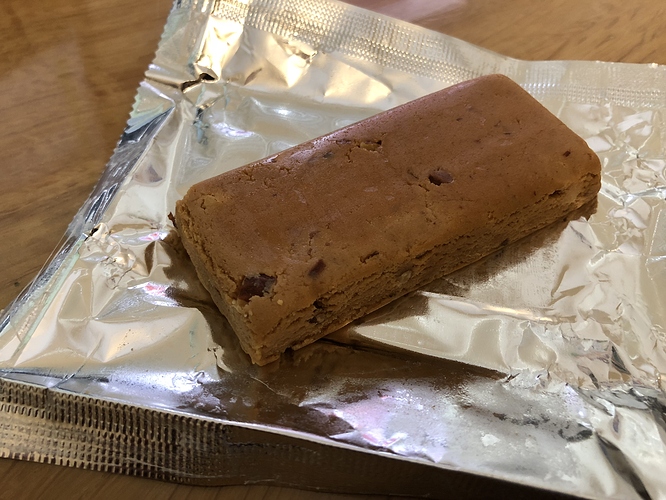 Another shot of what it looks like after ‘passing’. ‘Passing’, it is a form of extrusion.

@SueW, what a shocker. I wonder if the whole range is this way.

@southerton, seems a bit nuts to me

what a shocker. I wonder if the whole range is this way.

No idea, been too scared to buy another. I actually don’t mind the On The Menu stuff, its better than most.

On The Menu stuff, its better than most.

That is not reassuring!

Not all pack shots are dishonest. 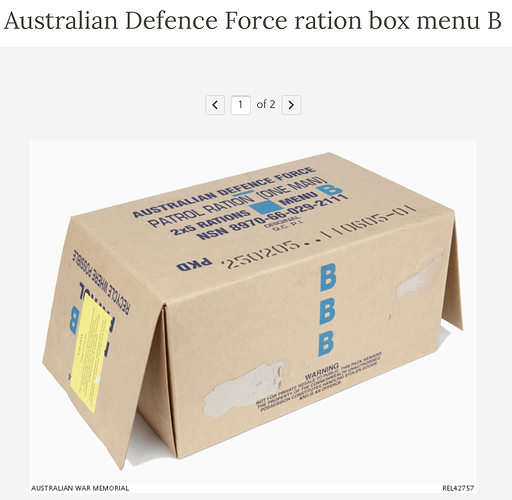 The only debate might be which of the menu options, A to E if the grey matter is half reliable was the least undesirable.

As cooking was up to individual style and preference there was some scope. Colour and texture option limited!

P.s. If there are any Community members with relatable experiences, how do the prior pack shots rate in comparison? Perhaps the Australian Army sets the brass plated standard (or aluminium) for packaged meals.

Way back in the late 1960’s when I joined the CMF, now the Army Reserve, once I was old enough after my 17th birthday, we used to have the same 3-man and 10-man ration packs that the Regular Army had when we were on field excursions.

I never found it too bad except for the blocks of chocalate which equated to approximately 1.5 squares per man, and trying to cut a square in half so as to share the block equally with a blunt bayonet literally “did not cut it”.

However, the instructions on the packaging for the then steel cans were to “burn, bash and bury” them so as to try to hide your movements from your enemies.

Does anyone use any of these kinds of prepacks, who could provide some pack shots?

I bought a pack of Coles Kitchen Slow Cooked Greek Inspired Pork marked down by 60% and cooked it for dinner last night. 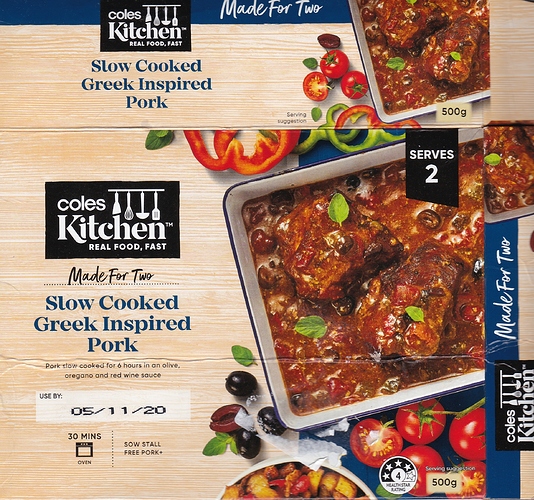 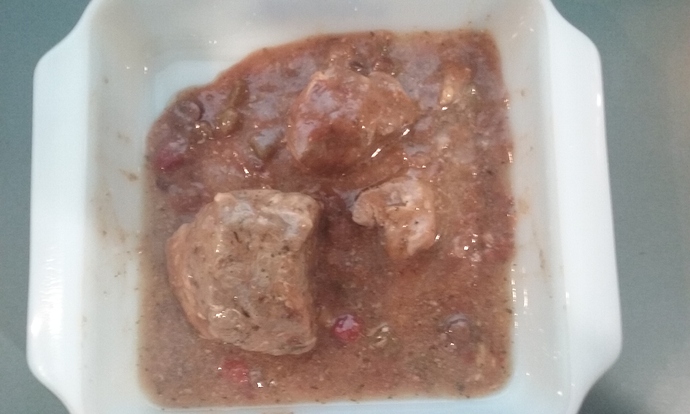 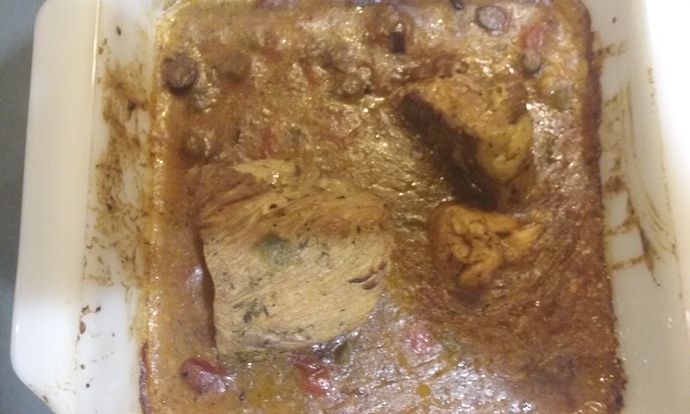 It consisted of one big piece, ons small piece and one tiny piece of meat, probably inspired by Goldilocks and the three bears.

It tasted as bad as it looked. I would not cook another one even if it was free.