We explore energy comparison websites and ask whether they really help you find a better deal on power. Finding a better deal on your electricity or gas bill can be difficult and confusing. Comparison sites like iSelect, Compare the Market and Canstar don't give you the whole picture.

I tried the Energy Made Easy, and had also tried the Qld State Govt site. As we are in a rural area where Ergon (Qld State Govt owned) is the only provider. Ergon has a Smart Meter alternative (65% of what we are paying now) that we are not eligible for being remote and on SWER.

The next cheapest is our current Tariff & provider, Ergon. However, reading the disclosure, the price does not include the Meter Service Charges, which brings it to the same price as the ‘competitors’ who are all the same price.

Ergon is offering $75 off per year for changing to emailed bills and fortnightly / monthly direct debit, for up to 3 years - which, if we change, we lose. The Qld Govt promised to pay $50 to each account during the election to ease the pain of high power bills. So comparison isn’t straight forward, or simple.

The disinclination of governments and their regulatory bodies to require standardisation for utilities plans presentations strongly suggests their ‘oversight’ is doing what it is supposed to do, eg creating or enabling all possible business opportunities for as many companies and snake oil selling companies as possible.

The only valid comparison seems to be a spreadsheet with one’s individual energy consumption with ever increasing details to fit into the plans increasingly random ‘gotchas’, such as knowing your time of use to assess the costs where ‘A’ has value rates from 00:00 to 06:23 while ‘B’ has onerous tariffs between 10:00 and 17:00, and on it goes.

If the systems were any more slippery to grasp it would be frictionless. I think the intricacies of power plan comparisons requires the use of complex mathematics or a huge amount of time such as Choice has devoted to it to come anywhere near understanding them.

the only way energy companies are cheaper, is if you pay the whole bill at once, and then you get the discount, and who’s got $600 or more hanging around in their bank account these day’s? we just pay it off weekly, and that way stay in front.

Some like Origin provide a service whereby you pay an amount per week, fortnight or month that then treats you as paying on time and you are able to access their discounts eg “Predictable Plan” or “EasiPay”.

The Retailers have missed and mashed in an attempt to gain custom. Most customers focus on the discount for usage without knowing what the base charge is and some miss the other charges. From my experience it’s a moving target with contrived flux to seem like the best on the day.

If any Retailer can afford to give a 28% discount on usage as we are seeing at the moment they are clearly charging far too much for the base price.

A post was split to a new topic: One Big Switch experiences

I just went through switching energy providers from Origin recently, and it was only after a lot of research and looking at different comparison sites that we ended up making our decision. Fun fact - don’t believe what the results show on comparison sites when you enter your information.

Towards the end of my research I decided to take a look at the government site “Energy Made Easy” and was astounded considering the whole purpose of the site was to make it easy to compare and choose the best deal for you. I entered the details of our previous 2 Origin bills as requested and then entered my postcode for the results. At first glance it looked wonderful and the savings were over $100 a quarter from the most expensive provider compared to Origin. Then I decided to dig a little deeper because of another thing I saw - the cheapest plan for our area was Mojo Energy Without Benefits which cost $1021 for the corresponding period/power usage that the Origin bills provided. The second cheapest offer was $1588, a whopping $567 difference for the same period/power usage.

I went to both websites and downloaded their PDF fact sheets (which were the same that you can download direct from Energy Made Easy) and did the sums using that information. Both being basic plans it came down to kWh and supply charge costs. The results completely confused me as the second provider who Energy Made Easy said was $567 more expensive, were actually a lot cheaper than Mojo. Their daily supply charge was 70.05 cents cheaper and the kWh cost was 2.41 cents cheaper - both being basic plans there were no other costs/discounts to compare.

A final thing that gave me a giggle was that when I rang Mojo to enquire about the discrepancy I found doing my sums (in case I made a mistake) they informed me that what I had come up with was correct, but it didn’t matter as they didn’t operate in my are anyway lol. Went with the second mob and am very happy with the way they do business and what we get charged - would name them here but since they do not advertise we get $50 credit for every referral done using a personalised link, and Choice is not the forum for that lol.

The retailers have an allowance (from the govt authority) built into their charging regime to cover offering discounts to attract new customers (ie increase churn!).
In effect every grid connected customer pays for the discounts offered.

In the electricity industry (and some others including insurance), customer confusion = profit.

OK, Victoria only and you need an electricity or gas account. You give them some information they keep and use, supposedly non-attributed unless you want their marketing emails, and get a comparison and a $50 cheque in the mail. (I am eagerly awaiting that). 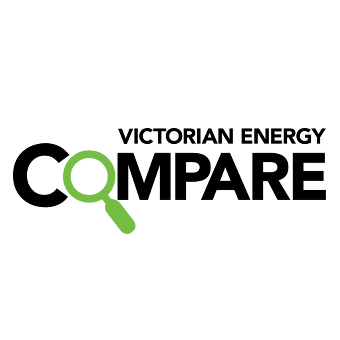 The system is pretty good. The software extrapolates from a single months use (you input the dates range and average daily usage from a recent bill).

In contrast my spreadsheet goes for 18 months of actual use. Comparing my plans with their best suggested plans showed I do not have the absolute cheapest, but not so far off. The discrepancies are probably introduced in the cold/hot months when there is a significantly higher ‘2nd price tier’ component than the standard modelling, as well as the ‘balance’ between connection fees and usage.

Nothing beats your own spread sheet with actual consumption to compare offers, but this is a handy tool to get data to plug in from ‘suspect’ alternative providers.

This seems like an expensive customer acquisition strategy for SwitchOn. They force you to fill in their energy survey prior to asking you to upload your bill. I suspect that you may get your $50 refund credited on your next bill as they don’t ask for banking details. There’s a lot of evidence to show that people don’t follow through and switch themselves even if they are told the savings amount, and especially if they are presented with a list of options. The Transformer service that I work on offers a concierge-type service that acts on the customer’s behalf to switch them to a new retailer. We believe this is a more effective way to increase the frequency of switching, SwitchOn only goes half way. Is this a good return on tax payer investment?

I suspect that you may get your $50 refund credited on your next bill as they don’t ask for banking details.

It states cheques (remember them) will be mailed to the address on the uploaded bill.

Is this a good return on tax payer investment?

In honesty I almost fell off my chair when I saw the advertisement in my local throw paper.

The Transformer service that I work on offers a concierge-type service that acts on the customer’s behalf to switch them to a new retailer.

It still looks like a work in progress from my last visit to your web page where it states “Join the waitlist”. But yes, I agree with you when you go fully live.

@PhilT we are live now at: https://canisaveonenergy.com.au/ - make sure you send in a pdf from your retailer though as if you send a scan of a paper bill we have a long queue

Might I suggest you ‘fix up’ that old page and have it redirect to your live page?

I’ve just got a letter (to “solar system homeowner”) from Solar Service Group offering me a subsidy of the cost of a solar battery storage system. Is that a scam of some sort? I assume so!
Also, in the last Choice Magazine there was a letter from a man who had just discovered that none of his wolaqr generation went to him - it all went to the grid. How do I check whether I have that problem too? (I am with Powershop)

Batteries for solar systems don’t enjoy subsidies like PV systems. I recall reading somewhere that some battery retail/installation companies are using the term subsidy for batteries as a marketing tool. In effect, they advertise that they have a battery trial program or special scheme, charge $xxx+y for the battery (y being a premium over their competitor prices) and then refund the y claiming that it is a rebate.

When one sees, for example, a battery system advertised for say $12000 installed with a $2000 ‘rebate,’ or ‘subsidity’ it may seem like a good deal.

As a result one thinks they are getting a discount due to the rebate…however, until one shops around and sees that other providers have the same battery system/instalked capacity for $10000 or less.

We have been conditiohed through the government solar credit scheme to think that rebates are normal for anything assoiocated with solar. This is where they try to play tricks to make consumers buy their batteries.

Like with any major purchase, always shop around as the deal may not be as good as one first thinks.

many thanks for your response. About the second half of my question - how do I know that my solar power is coming to me and not the grid?

how do I know that my solar power is coming to me and not the grid?

If you have a recent power bill and compare the amount exported on the bill with the total amount generated (using the inverter data), you can see if you have been/approximately how much of the solar generated electricity you have been using.

If there is a difference (the bill being more than the inverter total), then the difference is approximately the amount consumed before export.