Can you help with our research into button batteries?

Button batteries or coin batteries can prove very dangerous to small children especially when swallowed. However, it’s not just children’s products that contain button batteries they are used for many common household products.

Can you please check your home if you have any products using button batteries. Button batteries can be in a range of products including bathroom and kitchen scales, thermometers (body temperature and for meat), watches, remote controls, night and reading lights, torches, bicycle and dog lead lights, flameless candles, toys and games, calculators, musical greeting cards

Please let us know in the comments below or send an email to money@choice.com.au: 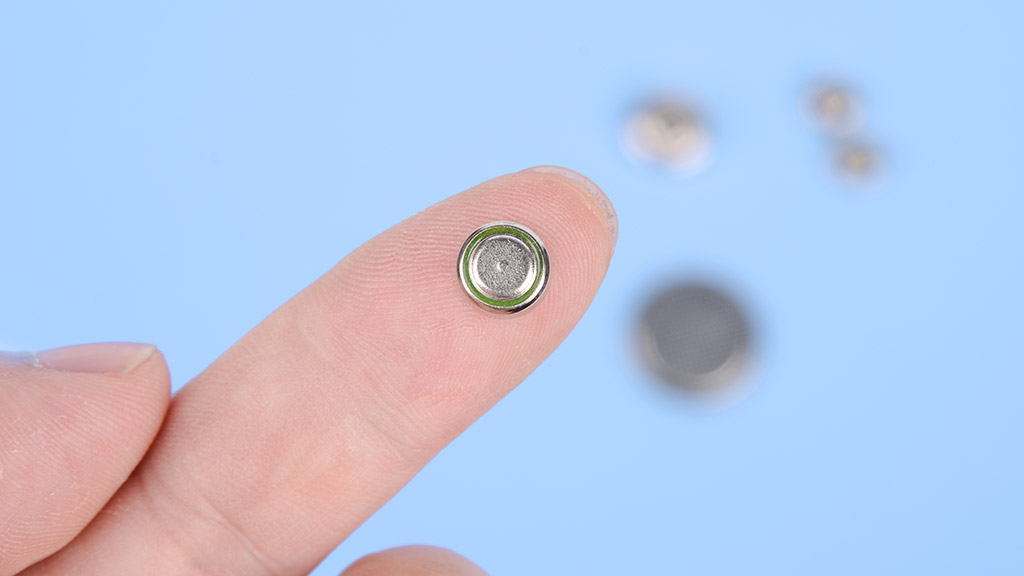 The dangers of button batteries to children - CHOICE

A button battery can cause severe internal burns if swallowed by a child. Know the symptoms and the risks.

Hearing Aids (all makes including Siemens)

Laptop X 2 (one Toshiba Satellite and the other a ASUS)

Laser Pointer (No brand discernible but think was a Fellowes)

I will update the list as I search the house.

Will add any others if I come across them.

Remote for my (jailbroken and kodi’d) appletv. Easy to access, but then the remote is so small a kid could almost choke on the remote

Remote for car stereo - easy to access, but I still don’t know why I have a remote in the car … it came with the stereo.

Car key fobs - I had to google how to open the cranky things - kids could choke on the key itself?

Travel alarm clock - hard to get to…

Thankfully he electronic trigger on the air pistol I’m looking at takes AA’s - who knows how dangerous that would be if it took miniature batteries?

Small Kitchen Scales. Use fingernail to remove. Cannot remember buying. It would have been either K-Mart or Target.

various internal computer batteries, as mentioned by others above

Kitchen scales
cover slides open
1 x not sure
not sure

The small button batteries are ubiquitous. I have just listed what comes to mind.

I’m sure that this is just the tip of the iceberg, as the only time I consciously take notice of what the battery type is is when something stops working.

Sometime, a small magnet will enable an easy removal of a battery.

I think others have pretty much covered the devices in which I have these batteries.

Sometime, a small magnet will enable an easy removal of a battery.

More often it will cause more severe injuries.

In the scheme of things, it is small, but Snark clip on guitar tuner requires a button battery. It slides out easy with no locking mechanism, pop out old battery and pop in new one and push shut.

I’ve gone through a few Snarks because they battery slot has worked loose.

Never gave it that much though until I started taking my guitar to playgroups and little fingers like to touch… as I usually just leave it on my guitar head.

Today marked the first day of the coronial inquiry into the death of 14-month-old Isabella Rees, who died i...

I just had an idea regarding improving the safety issues in regard to button batteries falling out of, or being removed out of products by small children.

I have just checked using a fridge magnet and the button batteries will stick to a magnet.

If products which use button batteries, especially childrens; toys, had a small magnet built-in to the bottom of the battery compartment, it would mean that the batteries would not fall out even when the cover was open or removed, and a small child would not be able to pry them out.

It would require the use of a small tool such as a very small screwdriver or a small metal shewer to prise them out, similar to removing the button battery from a computer mainboard.

Perhaps Choice could push for such an idea to be made compulsory?

small magnet built-in to the bottom of the battery compartment

A good idea. I have also seen holders which have plastic clasps that come up the sides and over the edge of the battery. These can also make battery removal very difficult and often require a small screw driver or something similar to lever them out.

Maybe Choice should recommend a secondary retention device (magnet or gripping clasps) in addition to the lockable (e.g. screw) cover?