I would like to share with the Choice Community the terrible experience I have had with a new Australia Post “Service” called ShopMate. In theory it sounds like a great idea … buy products from the USA from companies that don’t normally ship to Australia and have it delivered to an Australia Post address in Oregon with your own unique customer identifier supplied by Australia Post. Australia Post will then repackage the item to be cost effective, they calculate postage, you pay and then it is delivered to your preferred address in Australia. Sounds good right??

After recently being diagnosed with severe sleep apnoea and being told I needed to use a CPAP machine, it was recommended to me by the CPAP machine supplier that specially designed CPAP pillows can be beneficial in giving you a more comfortable sleep. I went online and found the most suitable pillow which happened to be in the USA. The company doesn’t ship to Australia and so I decided to give the new Australia Post ShopMate service a try – my inbox had been filled with promotional emails from them around the same time.

The online purchase experience was simple and straightforward and the package was delivered on 4 May by FedEx to the address specified by Australia Post. I contacted Australia Post a week later to find out “what happens next” only to be told my package is “missing”. Turns out, Australia Post had changed all the unique customer identifier numbers since I had set up my ShopMate account but didn’t tell the customers so my package was in the warehouse “somewhere” but couldn’t be found.

After multiple emails being sent and resent and several phone calls over the following weeks stressing that this wasn’t just a “nice to have item” but a medical aide, I received an automated message at 2.38 a.m. this morning to say my package had been delivered to the warehouse in Oregon – at least it had been found and it was now “in the system”.

I logged in to my ShopMate account and discovered that they now want $67.55 for postage. Given you are unable to get an estimate before you purchase your item, my package is now being held for ransom until I pay this amount. It will be held for “free” for another 59 days. According to Australia Post, the actual item weight is 1.8 kg and yet repacked it is 3.8 kg (the “chargeable weight”) - they have more than doubled the weight with their so called “cost effective packaging”!!

As I said at the outset, in theory it sounds like a great idea – in practice anything but! I have emailed Australia Post to voice my concerns – will be interesting to see if they respond. I for one won’t be using this service again at least until you are able to accurately know what the postage cost will be before you purchase the item although not sure how this can be achieved.

Yes, very good in theory, but, any double handling/reprocessing of a parcel is going to cost more than the original purchase cost.

While I haven’t used shopmate, they do provide information to obtain a good estimate of onward freight costs on their website.

While such is commendable, one needs to know the weight and volume of the article prior to purchase to know if the parcel forwarding is cost effective. I am yet to see a seller’s website with such information.

Pillows would be even harder to estimate as they could easily be compressed (if there is no impact on quality) to reduce postal volume or wrapped by different methods which significantly affect the shipping weight…especially since pillows are low density when uncompressed. Wrapping materials for uncompressed would be significantly more than compressed. 2kg for packaging looks like has been placed in a box (difference between 1.8kg for pillows and 3.8kg for the final parcel weight). It is likely tgat the pillows were in a Fedex satchel/plastic bag and was boxed to reduce potential ‘damage’ through the redirection.

I would be hesitant using such services as there are too many unknowns.

[…]
According to Australia Post, the actual item weight is 1.8 kg and yet repacked it is 3.8 kg (the “chargeable weight”) - they have more than doubled the weight with their so called “cost effective packaging”!!
[…]

… Well clearly they are not shipping your pillow with ‘crane parts’

In Peter S. Morrell’s best selling novel “Moving Boxes by Air: The Economics of International Air Cargo” (which I admit, I had never heard of before now, but it must be a best seller with a catchy title like that?) he explains what could be one possible reason your pillow is expensive.

Australia Post call it “cubic weight equivalent” but it seems from their site they only use it for domestic when sending, but that doesn’t mean they aren’t using it here for some reason.

But back to the best seller: HERE

… and in case it didn’t load, heres a small screen-grab that should fit within reasonable use 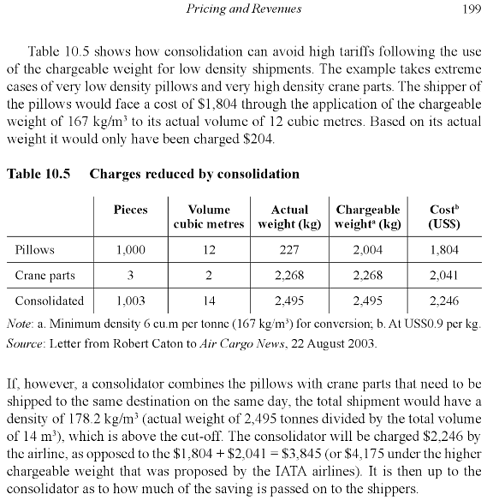 … ordering crane parts is probably not the answer though … and this might not explain it, but I reckon theres a fair chance it does.

It has been common for yonks that shippers charge either the actual weight or when the volume reaches a certain size but the weight doesn’t, they use “cubic weight equivalent”, “chargeable weight” or by whatever name.

Shippers would go broke very quickly filling their containers with bulky light weight material, and only charging for actual weight.

I have used borderlinx with good outcomes, but as @phb noted, to be sure you need to know the weight and the package dimensions to understand reshipment costs. In my case I bought in the USA (estimated bordlinx shipping charges beforehand to feel comfortable it “worked”) with free/cheap shipping to the borderlinx US address being common, and borderlinx then advised me of costs when they received the item(s).

The consolidation service generally works when you buy multiple smaller items that might be heavy, and some light that are relatively larger, that they can put into one box, making the actual weight and “cubic weight equivalent” equal or better so your bill is based on weight not equivalents.

Thanks for your feedback. Fortunately Australia Post have updated their ShopMate website with estimate information since it launched so others will hopefully not get the surprise that I had.

Thank you and very interesting to read although not sure crane parts would be too comfortable to sleep on LOL I have indeed learnt a valuable lesson!

Thanks for the tip about borderlinx. Will keep them in mind for any future purchases.

A post was merged into an existing topic: What do you feed your cat or dog?

Borderlinx has also closed. Borderlinx had partnered with DHL in the US, but DHL pulled out in May 2018. With the new regulations on GST I suspect it became all too hard for some companies. They continued offering services from other countries but apparently that was not enough. 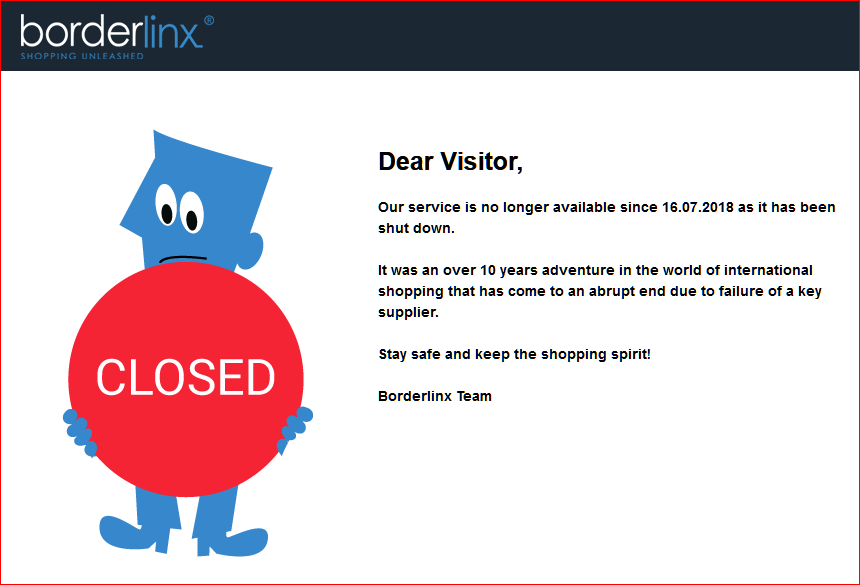 Recently tried to ship some watch parts from US to Melb with buyandship. everything went smooth and much cheaper. shame that a new comer does a lot better than shopmate.

Latest bright idea from Australia Post re mail from overseas - they have suspended sea mail items coming into Australia, effective from 1st October 2022 with no published end date for the suspension.

How does this work?
Postal services in other countries are still able to accept sea mail for Australia, cargo ships are still sailing, cargo terminal operators (CTOs) are still operating, Australian Customs Services (ACS) and Australian Quarantine & Inspection Services (AQIS) are still working, the four International Mail Gateway Facilities (IMGF) in Australia that exist for clearing mail from overseas (air mail and sea mail) still exist.
Is Australia Post going to leave sea mail in Brisbane/Melbourne/Sydney/Perth IMGF in “bond state” (like a bonded warehouse) without providing an outturn report to Customs to report the relocation of the mail as a result of the underbond (see sections 64ABAA and 64ABAB of Australian Customs Act 1901) ???

How does this fit in with Australia Post’s obligations as a member of the United Post Union (UPU) which is primary forum for cooperation between postal sector players?

How does this work?

Australia Post supposedly has only one facility for clearing and processing sea mail! The news services are quoting what appears to be a shared press release. There is no in depth interrogation or twisting of the screws on the responsible government ministers to add to consumer interest.

“The increase in sea mail volume was a direct result of Covid air restrictions and decreased aircraft capacity,” an Australia Post spokesperson said.
…… The temporary suspension has been put in place to ease pressure on the processing system as the busy holiday period approaches. 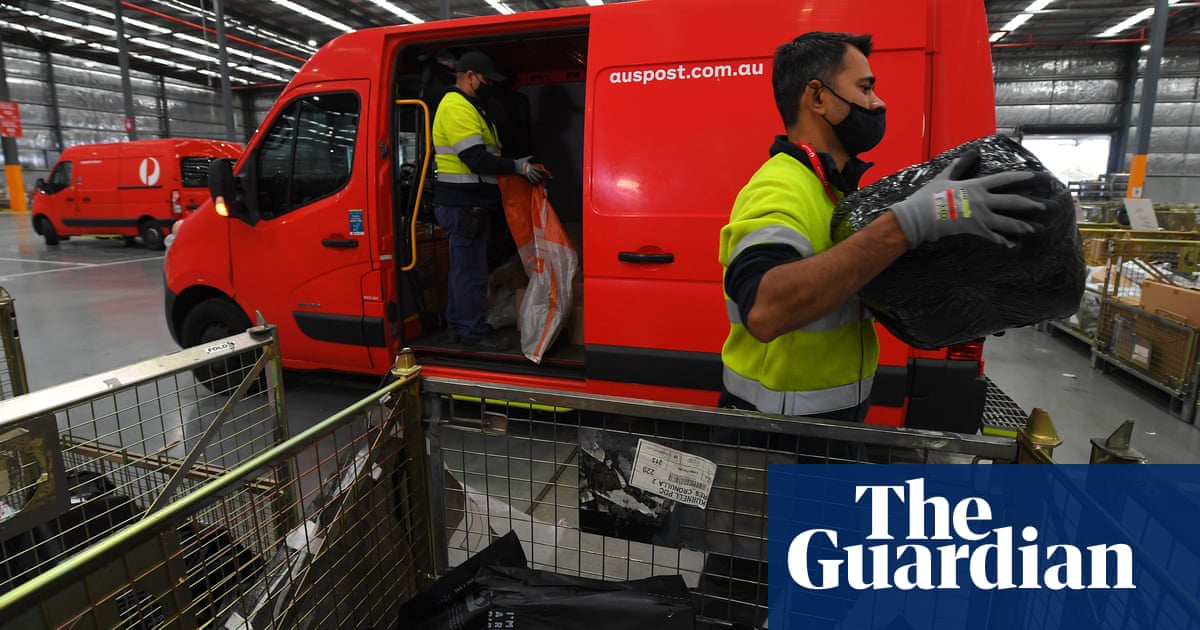 While sea mail takes a long time to deliver, people opt for this service because it is cheaper

What are AP thinking in creating a backlog through stopping processing? The notion it is going to improve AP ability to handle the increasing mail arriving pre Christmas seems counter intuitive. Heads have previously been rolled at AP for much less in value.

Whether AP blaming Covid at this time adds up, AP has previously responded to Covid by increasing capacity in other parts of the business.

Reading from this dated ABC article only adds to the confused explanation by AP. Australia Post 'has no way to detect drugs, explosives'

Australia Post says it lacks the legal authority and technology to detect illegal goods in the mail.

Consumers might spare some thoughts for those bringing in container loads. I’ve always thought the role of an Ombudsman was purely for consumers. These larger challenges but also involving the ABF clearly predate the latest from AP. Released in May this year, post election?

It still looks rather like a stoush between AP and ABF.

There are four (4) International Mail Gateway Facilities in Australia.

Not a point of disagreement. The reports by The Guardian and 7News are saying there is just one (according to AP?) capable of processing Sea Mail. It does sound a little unexpected. Why send seamail for WA to say Sydney or Melbourne?

It seems that the news teams have seen only marginal value in following up on the release to ensure fuller and more reliable content?

There is no in depth interrogation or ….