What do you feed your cat or dog?

Pets are an important part of many Australian homes, and we’d like to know more about what you feed to your furry companion.

The range of pet food on offer has grown, from organic and raw to specialist science diets along with plenty of well-known brands from supermarkets. You might also use treats or even a DIY diet. Whatever it is, we’d like to hear about your experiences.

Leave a comment below and tell us what is on your pet’s menu. Feel free to share a pic of your pet too

The cynic in me thinks the science diets and expensive brands are specifically designed to liberate cash from naiive but otherwise well-meaning pet owners wallets. I’m not sure there are any ‘experts’ who haven’t been ‘bought’ either

it would be an interesting investigation for Choice.

Meine katzen eats Whiskas dry food and whatever in tins that is on special but still seems reasonable quality. Sometimes the younger members of the family quietly put treats in the trolley, and sometimes the single serve meals are on special enough to make them an option, but never at full price.

Whenever we cook a roast, particularly chicken, mini-puma always seems to get some for ‘loudness control reasons’ only (even if he was an ‘outside cat’, we’d still hear the little #$*& through the closed door

We feed our Westie pup dry kibble, topped with treats of bones, Australian pet treats of roo chews and dried liver. I did research what the positives and negatives were for cooking or raw food or kibble but we couldn’t find evidence that suggested it really was better for her one way or another. Studies I found suggest that in the long term, dogs will better off not eating wheat and other ‘fillers’ like rice so we select our dry food so that meat is the main ingredients - so the first three listed on the list. Saying that, she eats anything she finds…carrots, cake…kebabs!

Generally speaking we favour the brands of dry food that are at least corn free (and I read the ingredients to check). We do occasionally give them some “junk food” cat foods like the Purina brands to give them variety, but we also strictly control portions. Due to them having some stomach issues in the past, we rarely give them raw meat now (typically the bulk stuff from Woolies/Coles/Petbarn that is a mix of beef/chicken/kangaroo). Also occasionally a small amount of Greek Yoghurt, though for whatever reason they love specifically the Gippsland brand stuff (they’ll come running from the other end of the house when I open a tub of it!). Tonkinese are lactose intolerant, so no liquid milk, just yoghurts. For fluids, just water.

We feed Holly dry Virtue organic dog food, and also mince beef or kangaroo, plus a bit of veg, trout, fruit, and an occasional bone or dried treat. She also eats plenty of rabbits, either shot ones, or ones she catches herself, usually one or 2 per week. 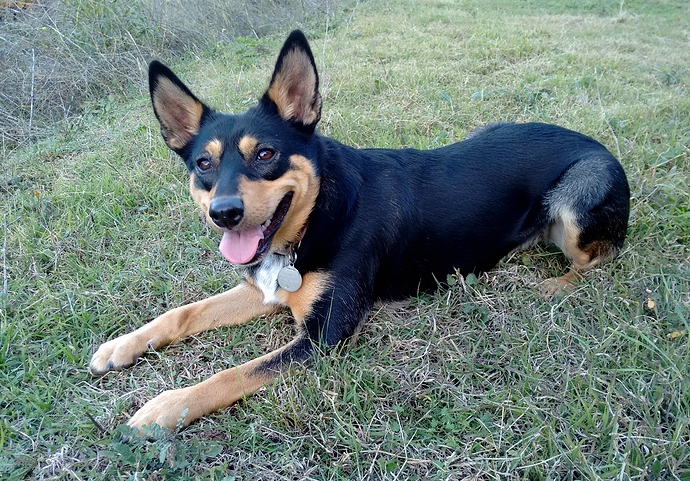 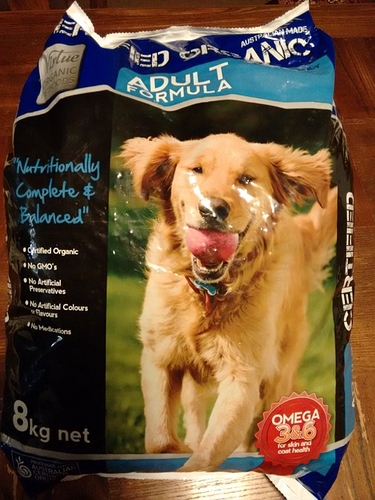 I feed my cats cat mince from aldi, and eagle pack super premium dry food. I started them on it years ago, and their health and appearance improved dramtically. It’s better to feed them excellent food. It saves on vet bills.

Gippsland yoghurt is the best, your cats have excellent taste!

There is a great documentary on Netflix called Pet Fooled. It explains a lot about the pet food industry and the problems with many of the pet foods on the market today. 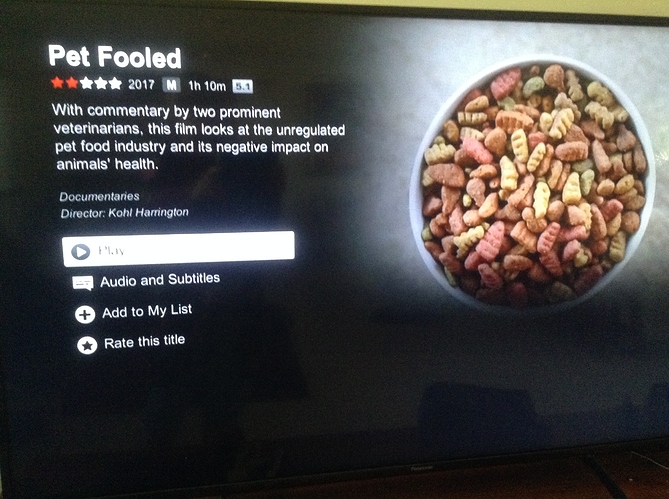 I no longer have any pets, but the last two were fed almost exclusively with Science Diet from the Vet. The type changed according to their age and requirements. The reason we paid the higher price was to keep their teeth clean. Previous pets who had been fed supermarket food all had to have their teeth cleaned which was both expensive and a trauma for them. We never had to have Benson (dog) and Oscar’s (cat) teeth cleaned. They were in good health except for the ageing process. Any new pet would be fed the same way. The dry food was supplemented with treats of top quality raw steak off cuts from our own meals and similarly some chicken - no skin. When younger they were given bones from the butcher.

I have a brown Burmese cat and I am sure she checks the price on the food before she agrees to eat it. I feed her a prescription diet for indoor cats from the vet. I have tried other supermarket brands but she is not fussed and I notice that her faeces smell much more on them. I also give her some chicken necks or a wing occasionally but I have to lock her in the bathroom to eat these or they end up all over my unit. Her favourite treats are the small tubes of dine treats. I squeeze them like a tube of toothpaste and she likes to lick it up as it comes out. They are economical at around $2.50 for four.

One of my dogs has a sensitive stomach so we feed Hill’s Science Diet Sensitive Stomach dry food. As it would be difficult to feed our second dog differently, we give them both the same food. They are large dogs and it costs a lot! I wish there was a cheaper alternative. They also eat leftovers if we have them.

My current cat is a fussy eater, within limits. He gets bored to sobs with the same stuff all the time. He will eat wet food with gravy in it, but not mousse/pate stuff. He loves fresh mince. Equally will eat whiskas gravy or mince pouches. Doesnt like Venison or Duck. We had a binge on the Aldi Cachet brand and he still loves the dry food, and occasionally the tuna gravy wet food. But he won’t eat “Purr” brand anything. Interesting response really, in most cases he will try anything once, but with “Purr” he sniffs and walks off. We have science diet dry food for a treat once in a while, as someone said, its good for their teeth. I used to get him PitrPat treats but not any more, he loves them too much and they cost a fortune for very little substance, so now its grain free treats from Coles and only when he has done something special. Like come when he’s called. He’s an indoor/outdoor cat with a very set routine but when he doesnt stick to it, I call him and he is never far away, comes indoors and gets his treat.

My 2 dogs are feed raw roo meat with fresh grated/chopped veggies plus Zija.I buy a 3 kg bag of meat ,divide it into 3 then add enough veggies to make a 2L bucket full. I add 1 sachet of Zija Supermix(Core Moringa). This does about 9 days. They also get grain free kibble-either Ivory Coat or Black Hawk.
This regime has seen a marked reduction in pain for my 12 yo Bully/Staff cross.
My cat -who is an adult, recent rescue, gets grain free kibble,(Fussy Cat) and lightly sauted mince ( cats being dedicated carnivores need nothing else) as he refuses to eat ANY raw meat. I think he used to hang out at HJ’s or Maccas,he loves junk food meat…not that we have it often!

My two dogs chihuahua x Australian silky terrier used to eat dry food and chicken wings ,occasionally cooked meats ,they didn’t like dry food ,we changed to stay loyal - meat only dry food , and with first bowl they were fighting over it ,they are looking a little leaner, coats are shiny and they still have a chicken wing to chew most days .
Stay loyal is purchased on line and delivered to your door direct debited ongoing orders depending on your needs ,have had no trouble with delivery ,and if running short ,just go into your account and specify next delivery date -easy ,it is well packaged too. They also have small trial packs too.
.

We have several dogs and have retired most of the dry food we’ve tried, as invariably they start good but eventually change their recipe to bump cereals/grains up the list of ingredients.

Lately we’ve been feeding almost exclusively Big Dog BARF food (also some 4x2 baked biscuits). It’s a patty of “wet” food - bones, veg, meat, etc. Their weights and coats are as good as always, but their stools are FAR better on this stuff - no more smell, never any more loose stools (unless they’re WAY overfed). And they LOVE it.

Our beautiful dog Opal has food issues and has to be fed a grain free diet. We give her Ivory Coat at the time we chose this it was the only grain free that was owned and made in Australia dry food and she does really well on it. Her food has to be soaked with additional enzymes and she also has to have vitamin B and Creon with every meal. Have been told by every vet she has seen she is the healthiest dog they have seen with EPI. Needless to say I don’t plan on changing her diet unless I have to. Our cat Ruby is an indoor cat only and has Science Diet Oralcare to graze on, before she goes to bed at night she gets a tin of Fancy Feast. She seems to be content with her life, not bad for a rescue moggy. 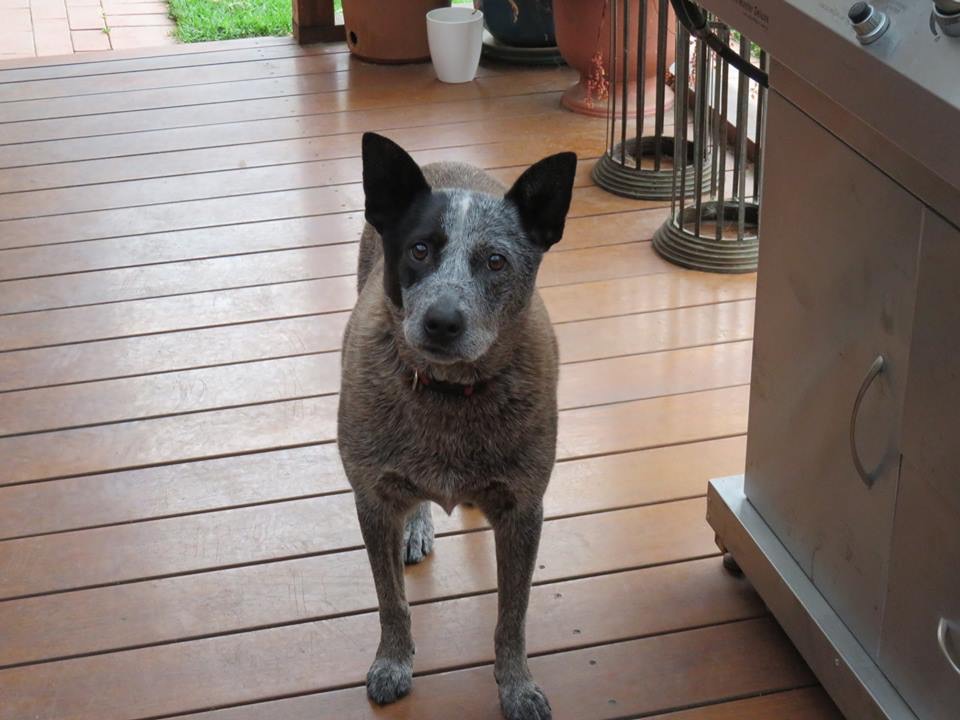 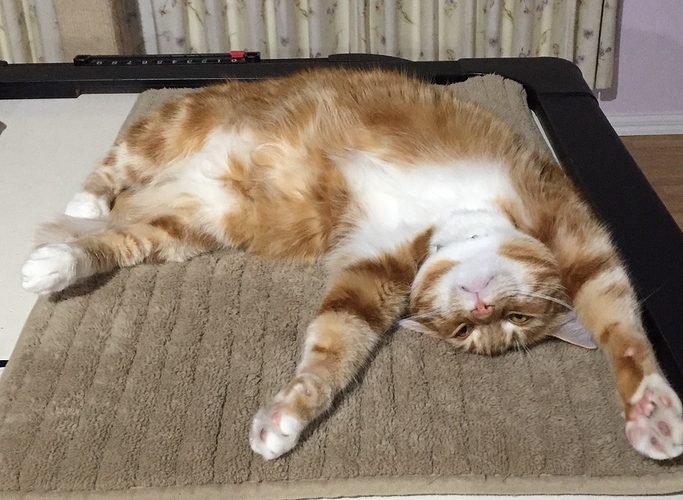 I had a big orange cat like that one. He actually loved his Chum dog food. He was a hunting cat so had to feed
him meaty stuff.
I have read that they put stuff in dry dog food that kills the dogs quicker, don’t know if it’s true. Google might help.

Haha, mine too, likes plain yogurt. However my understanding is that cats are lactose intolerant!

My fussy cat likes Whiskas canned food and dry. However it is very expensive and I don’t trust the manufacturers nor that they have our animals best interests. So I supplement the cat food with cheaper roo and chicken mince from the Pet shop. Cats are carnivorous animals and I definitely don’t believe that they benefit from vegetables or rice: just a waste of time.

I too was cynical about these science diets and tried to do some research myself to find the best foods for my two cats and 1 dog. It wasn’t easy! My cats had originally been on dry Whiskas but one of them was producing very smelly and runny brown and green stools. She was very sensitive to changes in diet but I decided to test the science diet myself to see if it made a difference. We switched to Hills and she improved immediately. So I am happy to stick with it and pay the price. Whilst there are a lot of products out there and many do make false claims, it can be hard to distinguish between what’s legitimate and what’s not. However I am convinced that the cheaper brands do tend to contain more fillers and less meat which is not keeping with an animals natural diet and so less healthy for them. Whiskas is one of those brands. For that reason I’m happy to go with the science diets and pay more for it.