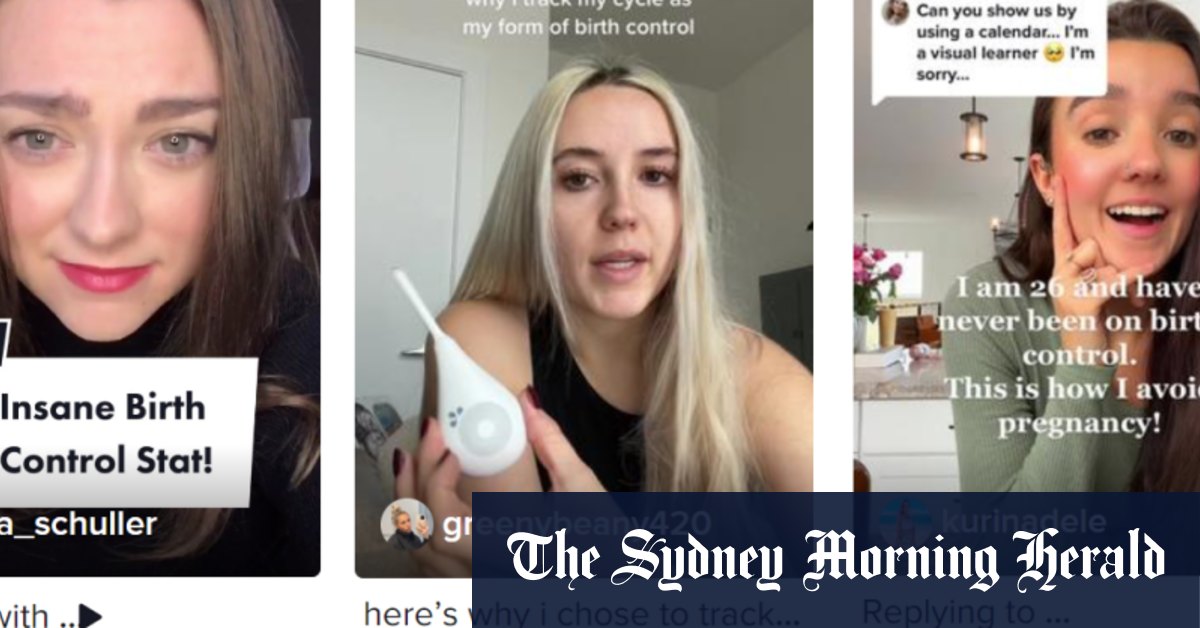 ‘So far from science’: GPs desperate to debunk sexual health myths on social...

Doctors are fighting an uphill battle against misinformation about sexual health and contraception, as young people turn to social media for advice.

Young females will probably take on the role of main health carers for their own family as many women do. Their own health and knowledge is so very important for the family and for whole community. Are younger females turning to social media for advice because of the failure of their own GP to give them enough time to listen and to hear their concerns? As the article says should ‘proper and unrestricted’ medical information be out there to counterbalance myths spread by social media?
What are your own thoughts?

Sorry if this digresses from your topic, but this is just one tip of many miss/dis-information icebergs appearing on social media that threaten to sink us into a sea of ignorance.

I would suggest that Government should legislate that social media is treated the same as all other media, and also legislate that influencers MUST clearly and unambiguously disclose:

If they do not comply, there should be significant deterant $$ fines which are in proportion to their income.

Also, acedemics, scientists, and medical professionals need to realize that communication of facts via social media is now an absolutely essential part of their various fields. It used to be enough for them to sit back and receive the unwashed masses into their hallowed halls. Nowdays they need to get out to where the unwashed masses are and educated them in a way that they will understand, to counter all the miss/dis-information.

I mean, who would have believed that ‘flat earth’ or ‘hollow earth’ among other extreme beliefs would be a thing in this day and age? Clearly there is a major shortfall in education that needs to be addressed.

This is a problem. Young women listening to unqualified speakers about important issues for them is but one example of web and social media users who are not discriminating about who or what they believe.

It is not just one demographic segment, we all tend to listen more to those who are like us in age and background.

This problem is augmented by the popular pastime of bagging ‘experts’. It suits those who want to push another agenda to cast doubt on perceived orthodoxy.

The shape of the human body is so variable yet fashion is able to tell us, without a blink, that some shapes are so much better than others today. Of course they will find another shape is better tomorrow which makes it hard to keep up. Perhaps that is the idea, if you maintain a constant state of uncertainty they will buy more product.

Maybe instead of a solution to the way one demographic is reacting to one set of questions is not to treat women’s health as a special case but to build into the education system better methods and attitudes for males and females to locate and judge information better overall. This would have better outcomes for all those youthful uncertainties that lead us to relying on those as unqualified as ourselves. It may even produce more thoughtful purchases, career choices and voting down the track. Our education system, up to the end of secondary school, teaches more how to pass exams than how to think for yourself.

Maybe instead of a solution to the way one demographic is reacting to one set of questions is not to treat women’s health as a special case but to build into the education system better methods and attitudes for males and females to locate and judge information better overall.

I think the opposite. Womens Health is a special case one more complex than often considered by the majority of the medical community. Unfortunately women have proportionately more adverse reactions to certain medications. When something is not working positively for our health I would recommend doing research and if the first snippet of information comes from a female centric site go deeper to check the source.

Why are males still the default subjects in medical research?

Our knowledge of the human body, which is mostly inferred from what is observed in males, may not always hold true for females.

Womens Health is a special case one more complex than often considered by the majority of the medical community.

True and that needs attention but that is a narrower problem, there are many issues to do with women’s health and a great many more to do with listening to bad advice.

The cause of the stated problem in this case was not that the complexity of the actual health issues or the gender bias towards medical studies but that young women are uncritically listening to influencers and other unqualified speakers about their body and sexuality.

If the good fairy gave me one wish I would choose to help young people to find good answers to their questions and avoid the rubbish and bias that they are showered with daily. This would help both males and females with their whole lives.

From the Sydney Morning Herald:

”Severin acknowledged that not all sexual health information on social media is dangerous or misleading. Instead of trying to pull people away from social media, she says perhaps it’s time for clinicians to join these platforms themselves.

But she noted that the censorship of sexual terminology on some platforms …… can make creating accurate content difficult for doctors, and regulation from medical boards leaves little flexibility over what can be published online.”

I’m thinking when presented in a medical context censorship should be minimal? And ‘regulations from medical boards…limit what can be published on line’. But surely a way around those obstacles could be found considering how serious the issue of misinformation is?

But surely a way around those obstacles could be found considering how serious the issue of misinformation is?

Part of the problem is that moderation of social media is often mechanistic and based on detecting certain words not the context or purpose of using them. Making some words universally “rude” just adds to the pressure on those who already may be having trouble talking about the topic. Asking strangers difficult questions anonymously seems to be a lesser evil than asking someone face to face.

Agreed. But I wonder how those who spread sexual health misinformation go about avoiding censorship

Isn’t it time we took a more ‘healthy’ approach to our bodies, especially sex and sexuality, and recognise them to be bodily functions and behaviours, with all the variations that any other bodily function or behavious will encompass.

If we remove all the ideoogies and dogmas, and replace them with scientific facts, there shouldn’t be any stigmatisation about any of this. Education around these topics will then look very different.

If we remove all the ideologies and dogmas, and replace them with scientific facts, there shouldn’t be any stigmatisation about any of this. Education around these topics will then look very different.

Totally agree!
A more flexible approach is seriously needed to educate and avoid the pitfalls of misinformation.

Womens Health is a special case one more complex than often considered by the majority of the medical community. Unfortunately women have proportionately more adverse reactions to certain medications.

There’s more than one website from accredited sources which indicates the problem of gender bias in clinical research. It seems that not enough women are included in researches leading to drugs being developed which do not benefit them and to a vast amount of money being wasted. The failure of the established medical sector to offer appropriate solutions to women’s health problems could be also a cause of the younger ones turning to ‘other’ health information sources?