What to Ask Your Local Federal Candidate about Improving Consumer Outcomes

No secret. Most of us are still likely in holiday mode!

The Federal Election campaign is about to go up a gear!

Some of us will get the opportunity to eyeball some of the local candidates and perhaps the sitting member in the coming weeks.

For consumers, what would the Choice staff from their broad view of all consumer issues suggest might be the top three changes they believe would make the biggest difference in favour of better consumer outcomes?

I’d appreciate some suggestions if practicable. My local Federal MP sees me as only having one issue - the not so NBN, and avoids the hard issue by suggesting I need to talk to Mitch Fifield the minister for … It’s a bit far to travel on the off chance Mitch might be free for a chat though!

Choice is non partisan, which should ensure we can put all sides of politics under pressure for consumer good?

Unfortunately, neither side of our limited political spectrum is actually particularly democratic in form or function. The major parties have pushed through jointly supported bills in the last decade that most Australians abhor, whether they be about security theatre or political perks.

Politicians on the campaign trail are very careful to stay away from issues that really matter to people, and stick to their talking points. Worse, our media lets them get away with it by portraying politics as a binary choice and failing to hold politicians to account when they don’t answer questions. Some people complain when a reporter actually pushes for an actual answer to the question they asked - which is just weird when these politicians are supposed to speak for ‘the people’.

I have sought to keep my response ‘non-partisan’ by attacking ‘both’ sides equally. I think as consumers the best thing we could do is throw the whole lot out and start again - or at least revive the Australian Democrats so that our “unrepresentative swill” has a chance to “keep the bastards honest”.

Wait - did that really get through the Choice swear filter?

I applaud your optimism @mark_m. My experience is that the larger the politicians margin in their electorate, the more their brains are stuck in talking rather than hearing mode during elections.

When I have tried to broach any topic that is not to their advantage they immediately duck-shove responsibility to someone else, as happened with you.

It seems to be a trait in politics recently that the things there should be bipartisanship with they automatically dispute and wrangle over, and the things where their should rightly be contention, they join forces and go bipartisan. Completely baffling!

The voters seem to be becoming more tribal, and prone to fits of unrestrained aggression when they perceive journalists, or even other voters as attacking their side’s views. Often the journalists who interview politicians @postulative are being attacked on social media from acolytes of both the main opposing teams. Thus it appears that interview question can appear to be biased simultaneously both for and against a politician. Who would have thought?

And if reporters probe too hard, they can lose their jobs.

I have a question some may wish to consider asking: why are political parties exempt from the requirements of the Do Not Call Register?

(Yes, it is largely rhetorical - but I would like to hear an answer that makes sense to all the people fielding all the spam phone calls.)

An article claiming the humble scarecrow could be out of a job. 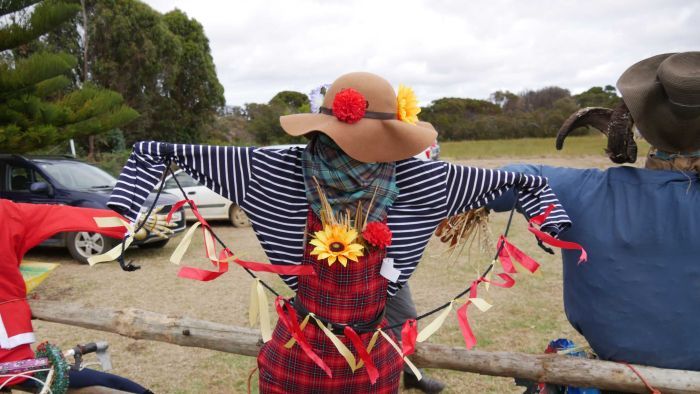 The traditional scarecrow's days may be numbered, with trials of the next generation of smart scarecrow nearing completion.

A ridiculous claim. They will allo become politicians just like all the existing men of straw in parliament.

humble scarecrow could be out of a job

It has been out of a job for many decades. Scarecrows only work for a very short period of time until the pest animal/bird recognises that the movement (or lack thereof) if not natural and therefore not a threat.

Scarecrows are more of a novelty rather than a effective long term solution.