An article regarding symptons to be aware of in regard to carbon monoxide poisoning.

You likely already know that carbon monoxide can pose a danger to your health if you’re exposed to it, but you might not know what the signs of carbon monoxide exposure. are that could indicate that that’s exactly what’s happening.

Probably a timely warning as winter approaches and wood and other fuel burning heaters are used for home heating.

For those houses where Carbon Monoxide (CO) might be a concern you can buy CO alarms/sensors that look like a fire alarm from Woolworths, Coles, Bunnings and I am sure other hardware and grocery shops. These while not a perfect solution (it would depend on placement, battery status, ventilation) at least offer a much better warning system than having nothing, perhaps getting a professional to advise of placement and the required number of them would be a good idea.

As pilots we are aware of carbon monoxide and have friends who suffered it. They all reported confusion as the main indicator, making it difficult to decide what to do. One highly experienced bloke in a light aircraft, now a senior airline pilot, looked at his altimeter and couldn’t decide if it was reading 10,000 or 1,000 feet. He tried looking at it sideways, close up, far away; when a quick glance outside would have told him which was right. He recovered as the plane descended and the air thickened and retells the story with embarrassment. Another radioed that he didn’t know where he was, even though he said he could see the airport. These are light, un-pressurised aircraft, at height. 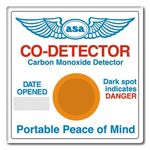 Most of us carry a detector (about $8-10) which is simply a dot of detecting material in a coloured circle. When the dot is the same colour (or darker as in this example) than the circle, you have dangerous levels. Given the confusion, I doubt you would be capable of making the observation and taking action. Therefore I would advocate a sounding alarm for a home.

At my previous residence the council , in all their wisdom and totally ignoring the home owners objections effected by it’s placement , decided to put a round-a-bout in the front of my premises .
The idea was to slow the traffic up .

Naturally as a vehicle approached the round-a -bout it slowed down and then accelerated up the gears . The act of nearly stopping then accelerating again increases the amount of exhaust emitted by the vehicle . It got to the stage that we could not stand out the front of our houses and talk to our neighbours due to the overpowering smell of exhaust gases . It got so bad 2 residents sold their homes .

I was told by the council that they would "re evaluate " the effectiveness of the round -a -bout in six months . That was 7 years ago . It is still there but I have shifted .

The smoke from wood-burning stoves and fireplaces contributes to air pollution and poor health.

As pilots we are aware of carbon monoxide and have friends who suffered it. They all reported confusion as the main indicator, making it difficult to decide what to do. One highly experienced bloke in a light aircraft, now a senior airline pilot, looked at his altimeter and couldn’t decide if it was reading 10,000 or 1,000 feet. He tried looking at it sideways, close up, far away; when a quick glance outside would have told him which was right. He recovered as the plane descended and the air thickened and retells the story with embarrassment. Another radioed that he didn’t know where he was, even though he said he could see the airport. These are light, un-pressurised aircraft, at height.

I am not questioning these events in any way, as I am familiar with similar ones. However, I was under the impression that hypoxia was the usual explanation for such occurrences?

It is also worth reminding others that the installation of wood fired, or gas etc heating and stoves needs to meet a number of standards or recommended practices. There is also no consistency of requirements or regulations across the nation.

Self install may be high risk and affect your insurance. If buying a property with a combustion type heater or stove, it would be wise to ensure it is correctly installed.

Note,
CO alarms are not a magic bullet. 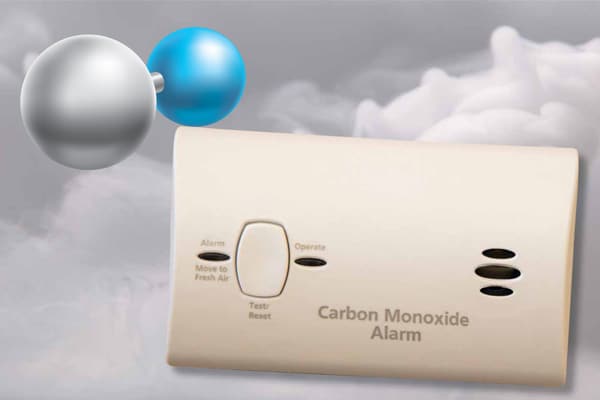 Given that smoke detectors are mandatory for all new buildings, there is now a school of thought that carbon monoxide detectors, which are already available in all wholesalers, should also be a mandatory inclusion in new and existing homes. Adelle...

View as PDF Introduction This gas information sheet provides information about electrochemical sensor carbon monoxide (CO) alarms and how to use them. CO alarms can be a useful back-up precaution but should not be considered a substitute for the...

CO poisoning was a high risk in three of my previous workplaces. The general safety training advised that there may be no clear warning signs or symptoms until it is too late.

The value of CO alarms in housing without combustion heating etc is debatable?

Another article regarding the importance of checking wood heaters after a Tasmanian family narrowly missed a tragedy.

'We could have all died that night': Mother's carbon monoxide wood heater scare

Kim Davies was cooking tea when she noticed her two-year-old son's lips had gone blue and he had lost consciousness. The fire officer's carbon monoxide reader later revealed a dangerously high level in her unit.

Another incident of carbon monoxide poisoning in Australia.

11 hospitalised with carbon monoxide poisoning after grill used inside

Eleven people — including nine children — suffer carbon monoxide poisoning after an open charcoal grill is used inside a house in Hobart.

Will people ever learn?

Desperate to be warm and they don’t have the money for better heaters could be the reason. Many don’t know about the alarms being available and this also impacts the number of cases. Sad that some end up in this situation.

I* more inclined to think it was a case of trying to keep warm as the BBQ they used was burning at 2am in the morning, a strange time to be BBQing for the family.

Desperate to be warm and they don’t have the money for better heaters could be the reason.

In many country areas the combination of cheap wood, cold winters, enjoyment of radiant heat and disadvantage makes open fires and old inefficient combustion stoves attractive. The result is people breathing fine particulates too much every winter. This can be from smoke in their own house or breathing communal smoke as every other house in the valley has a fire. In some cases with a temperature inversion it looks like heavy fog. It’s a long term health issue that has no sensible solution at the moment. Canberra (I think) set up a conversion subsidy scheme that was a flop.

We might add kerosene fuel heaters to the mix. They have been very common in nations with limited electricity in rural areas, and are still available in Australia. At least in a more upmarket guise.

P.S.
Carbon monoxide alarms are readily available, battery or mains powered. One obvious place to look. Any retailer selling smoke and fire protection should be able to supply.

We have one of these Chubb - Quell branded.
From BCF, on line, Mitre10 or Bunnings and many others.

The digital display is useful in providing an early indication there may be a source of CO building up in a room, prior to alarm levels.

There is also a version with a sealed in ten year lithium battery, $59 at the big green and red place. Or Ceiling style alarm only version without a display.

An article regarding what is suspected to be a carbon monoxide poisoning incident in Tassie.

More than 20 people are sent to hospital after being exposed to gas at Tasmanian salmon giant Tassal's Strathblane facility near Dover.

A timely warning for winter for those who use wood and gas heaters and cookers.

Yep! Quell or others from the local hardware of safety warehouse. 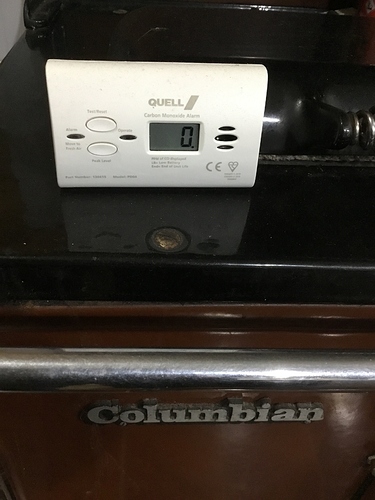 Around $40 depending on seller. A nil reading from the shelf next to the combustion device is reassuring. Ours came from the local Mitre10. The wetback runs our 2x3.6kW hydronic heaters.

I have been looking for a suitable CO alarm to install in my caravan as the only protection is a series of vents, which, by regulation "must be permanently open … and unobstructed". I would prefer to have a warning so I can rectify the problem and not freeze when the weather is cold because fresh air is blasting through the van!
I read a number of reviews for various types of CO alarm, and there appeared to be two types of response. One was that it “worked well and no false alarms” BUT “they did not know if it actually worked”. The other response was that “it was faulty”.
I fear there is a false sense of security having these sensors fitted because there is no way of knowing if the detector is working. This is not helped by the test button which does not actually test the sensor, the button just activates the circuit for the alarm (same in a fire detector).

One more worrying thing in the comments about the CO detectors is that one person mentioned using it for “gas” leak detection, this is completely different to CO, and requires a “gas detector”. There may need to be publicity about the difference between CO and “gas” detectors, or a warning on the CO detectors that they will not give warning of a gas leak!

Is it possible for Choice to test the CO alarms to determine how effective they are?
Also, maybe a current smoke detectors test as well as the last test I could find was 2017? This is particularly pertinent as Queensland regulation now requires detectors in every bedroom and for them to be interconnected!

What would be near enough to the van and generating gas for long enough to be a risk of CO entering and becoming a problem?

The gas stove and perhaps a gas heater in the caravan.

Carbon Monoxide can be dangerous, so to an excess of Carbon Dioxide.
I would think a caravan or camping store would be able to advise on a suitable device, and where it needs to be located for proper use.

Sorry I have not replied sooner: Caravans are at high risk from both CO buildup from gas cookers and gas leaks (LPG) from internal gas
. The solution is for the caravan to have large permanent openings in the door and the walls. This compromises the “insulation” of the caravan with permanent draught affecting both heating and cooling! This is part of the Gas Installation Australian Standard (AS5601). I find this approach both lazy and risky as, if the ventilation does not work, there is no way of being warned of the hazard.

I have already replaced the Ionisation Smoke detector with a Photo-electric type (one with a 10-year battery life), but I would also like to have a CO detector as well.