Touch Screens in Cars - what next?

Many cars are now commonly optioned with built in GPS. The same touch screen offers a range of infotainment and other vehicle controls.

Ford Motors new all electric Mustang has this wowser of a centre console that does everything. 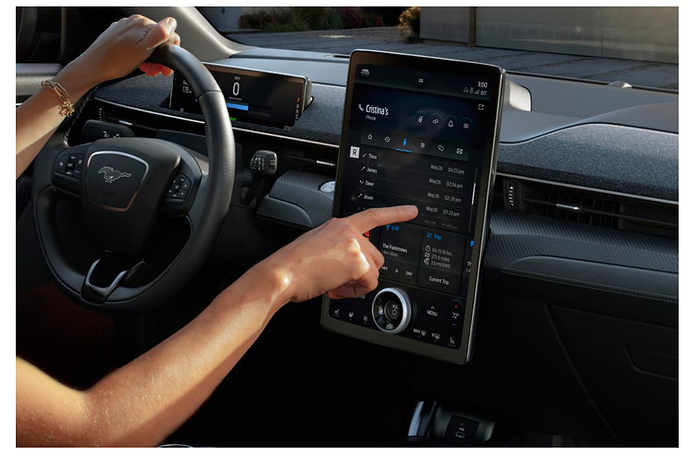 Legality aside why is it this large?
Perhaps to assist you to answer txts as the GT version whisks you to 100kph in just 3.5 seconds. No autonomous driver required?

The loss of physical buttons that are tactile and an errant finger on the touch screen might see some interesting in drive errors. Not focussing on the task of driving far more serious?

Just not questions for Ford.
Have the road rules been left behind?
Are they going to be impossible to enforce, because the one screen does it all?

P.S.
Yes the car is stationary in what looks like a driveway fir the publicity shot. Perhaps Ford have thought ahead?

Overboard in size and distraction in my opinion! The speedo in comparison is minimal though at least central to the driver’s vision. So Ford are saying that the extras are more important than safety?

Mercedes is following the trend. ADR’s? Homogenised/harmonised globally so no worries? Profits are important (as is camera revenue), safety less so. Isn’t it great? The pundits are all over them. Cannot require manufacturers to worry about safety when they don’t have to, can we.

The Mercedes EQS has this vast all-digital dashboard

Here is another take that offers wide screen entertainment. 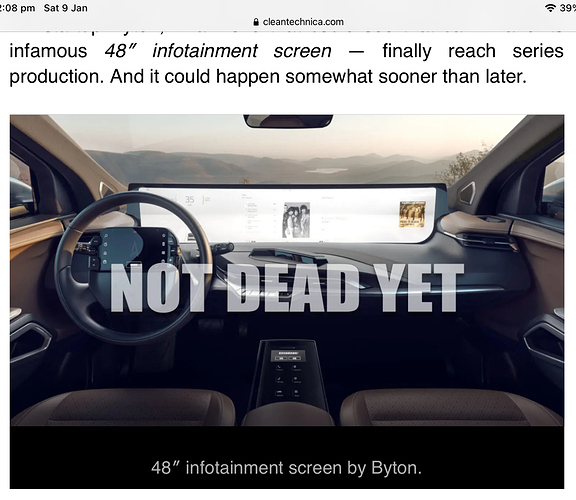 Those providing the caption may not have seen the double meaning! Assuming the steering wheel is more than an optional accessory?

Salvation?
Australia’s tardiness in giving up the ICE might have one small benefit. Realistic OS crash test data before be all become realistic crash test dummies?

This must be very safe in full pursuit. I wonder if they need to be parked with handbrake set to use the kit? No need to answer.

Highway Patrol police cars may look like ordinary sedans from the outside... but they're far from ordinary on the inside.

New cop cars to watch out for

THERE will soon be two new police cars to look for in your rear-view mirror. 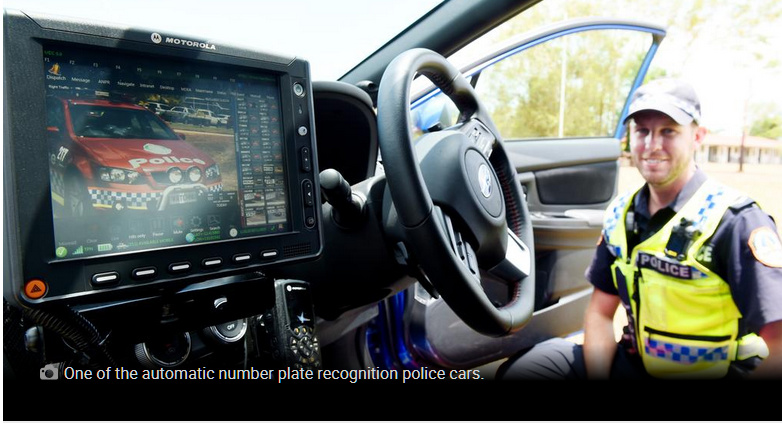 Some more recent photos suggest they are reducing in size, but not so much less ‘capable’ with buttons and features.

Here is another take that offers wide screen entertainment.

And possibly one can’t drive at night (especially outside lit urban areas) as one won’t be able to see out the front windscreen all that well. Having a bright light source in front of the driver when the exterior of the car is dark, is an almost guarantee for an accident.

Using multiple information streams including simultaneously using a number of screens appears to be second nature to many people now days. Perhaps this is becoming the new normal?

Having a bright light source

Our Honda CR-V dims the dashboard lighting including the LCD screen when the headlights are turned on.

Our TomTom also changes from day time to nigh time mode when it detects the sun has gone down.

All easily viewable at night without affecting my vision whilst driving.

Our Honda CR-V dims the dashboard lighting including the LCD screen when the headlights are turned on.

My car has the same. The problem is that in a dull day when you want to put on the headlights for safety not to see the road this makes the dashboard very hard to see. I wish there was a way to disable this ‘feature’.

Just one more example of software and control options that are supposed to make your life easier by doing things for you that make life harder.

Yes. It is annoying but as our vehicle has a needle on the speedo, I find that the only real downside is not being able to see the display for the audio system.

On the open road, if I need to check the instruments, I momentarily turn the head lights off when there is no oncoming traffic.

You can wind the brightness adjustment switch/dial to full and the display should be much more viewable in cloudy day conditions with headlights/lights on.

Good grief this is insane! No wonder there are so many head-on collisions these days, most drivers are more interested in fiddling with their pretty display screens than watching the road. Back in my day it was illegal to have any kind of screen anywhere that could be seen by the driver! And yes, the car radio had big knobs on so you didn’t have to look at it to tune it.

Then they put the buttons onto the steering wheel so you didn’t even need to take your hands off the wheel.

Good grief this is insane! No wonder

Welcome to the community @gimlet,

Where it could end up might be open ended?
At some point there could be regulation to limit what is delivered. IE to ensure it’s provided in a way that reduces risk and improves safety. However that is not what is being promoted. It’s appealing to other needs if only to gain our attention.

An awful lot of Karen-type answers here.
A built-in GPS would be infinitely preferable to the standalone ones that release themselves from the window at inopportune moments.
The computer, and screen systems in police cars are operated by the passenger, not the driver.

A built-in GPS would be infinitely preferable to the standalone ones that release themselves from the window at inopportune moments.

The built-in GPS in our Honda CR-V is about as much use as an ashtray on a motorcycle.

No display of actual speed, no facility for camera warnings, and rip-off map updates, so the system is used for something useful. USB playback of favourite hits from the past 60 years.

I affix our TomTom to the windscreen when we are travelling and it never falls off.

The computer, and screen systems in police cars are operated by the passenger, not the driver.

The computers in taxis are operated by the drivers, most of whom appear to have got their licences out of cereal packets.

It’s a case of fit it, put a strongly worded note in the manual discouraging people from using it when the vehicle is in motion, but the manufacturers know that people will do it anyway, and also it’ll create more demand for hands-free (eg self-drive) options in vehicles. Sneaky…

(On a side note, the sooner ALL vehicles are self-drive and networked together, the sooner we’ll hopefully see a drastic reduction in accidents, fuel and energy use, and pollution. I do enjoy driving but I’m quite happy to take my hands off the wheel if it has all these benefits.)

I have a Renault Megane with a large touch screen which controls climate, media and navigation amongst a few other thnings. Whilst it is great for Navigation, and allows you to advance to the next song with a swipe, for other functions it is a step back requiring too much attention and accuracy with the fingers to change simple things like the fan speed and radio station etc. compared to a simple mechanical dial or preset button. Things that are easy to do by touch (this reducing the need for the driver to take their eyes from the road) using a physical dial or button are best left at that, rather than in a complex screen menu requiring greater accuracy of movement and hence the drivers full visual attention.

Our car with 17" centre screen (set brightness to be adaptive, just like you do for a mobile phone screen) accepts voice commands for many things
controlling headlights, foglights, air conditioning, sunroof, navigation, music, hands-free phone (calls and SMS texts), suspension, etc, etc, etc … so hands never have to leave the steering wheel.