Pugs, Frenchies and British bulldogs are popular dog breeds right now, but there is a cost for cute. Is it driving a crisis in their wellbeing – and in their owners’ wallets? French and British bulldogs, pugs and Shih tzus are increasingly popular pets in Australia. But these breeds suffer health problems with their breathing, eyes and spines, which can mean high vet bills. We look at the costs of common surgeries, when...

Based on a BBC documentary, ABC did a story on this back on 17/09/2009 ABC Catalyst story on pedigree dog breed health problems

My daughter is a vet and she often says, tongue in cheek, that these breeds keep her in business. Seriously though, if anyone even mentions they are thinking of buying one of these dog breeds, she goes into a tirade of all the reasons NOT to buy one. She feels these dogs are suffering as they are bred to have characteristics that appeal to humans not for their health. They try to ban dangerous dog breeds, maybe they should do the same where the physical characteristics cause the animal great distress,

I’m involved in dog showing and although I personally would not choose to own a brachycephalic dog breed, I do understand that most ANKC registered breeders have largely improved fitness and breathing problems by careful breeding over the past 10years. Sadly back yard breeders and puppy farms are breeding carelessly, then charging double or more for their often unhealthy pups.

I read this article, and was absolutely appalled - although my wife and I knew some of this already. Our first dog was a Pomeranian that we rescued from the pound, and after that there was no going back.

Pomeranians can have breathing difficulties, and often suffer from hip dysplasia - meaning that some of our dogs have required surgery. One of our adoptees came from a ‘breeder’ who had bred her with a much larger Pomeranian. This resulted in a difficult pregnancy and need for caesarian births - as well as the loss of further reproductive capacity, making her ‘useless’ to that ‘breeder’. (It turned out that she was also terrified of all men - something that took her several years to move past but that leaves her extremely paranoid. I just do not understand some people!)

Now that I have explained where I am coming from, what disgusted me in the Choice article was the paragraph describing the Australian Kennel Club’s breeding standard for British Bulldogs and containing the following quotes:

The skull should be very large - the larger the better.
The face, measured from the front of the cheekbone to the nose, should be as short as possible, and its skin should be deeply and closely wrinkled.

Just so that we are clear on this, surely the Kennel Club knows what it is doing to these poor dogs? It must see the problems that are created by such guidelines, and has some responsibility if it continues to specify standards that are unhealthy for the breed. What are the judges doing? Do they have such twisted priorities that a dog’s appearance is more important than its life?

Given that it appears the breeders and clubs have not yet got the message, is this something that Choice can join with the RSPCA to campaign about? I know most pet owners want healthy, happy pets - and would be surprised if even the most avid breeder would be unhappy to find the breeding and judging rules changed to consider the health of the dog.

Does Choice have any thoughts about activism in this area?

Finally, I see from the article that buyers of badly bred pups may be left in the lurch by consumer law. I would say firstly that the ‘reasonable person’ does not expect when buying a bred dog to find that it is defective by design. You would have to do your research to learn that - and many of these purchases are impulse buys. Secondly, perhaps this is part of the required activism - to ensure laws place more onus on breeders for such avoidable defects.

Appreciate your thoughts @postulative. It’s a sad state of affairs to see dogs having their health deliberately put at risk for aesthetics, not to mention the many potential follow-up issues for the consumers who most likely come in with good intentions but may face severe emotional and financial repercussions if things go wrong.

One of the great things about CHOICE is the organisation’s ability to expose problems like this one, in a well researched and hopefully accessible format. We have plenty of campaigns work on our hands, but I’ll be sure to pass on your suggestions for consideration.

The most reliable test of a suitable dog breed has two parts:

Such a dog will be physically and mentally capable, it is up to you to socialise it. 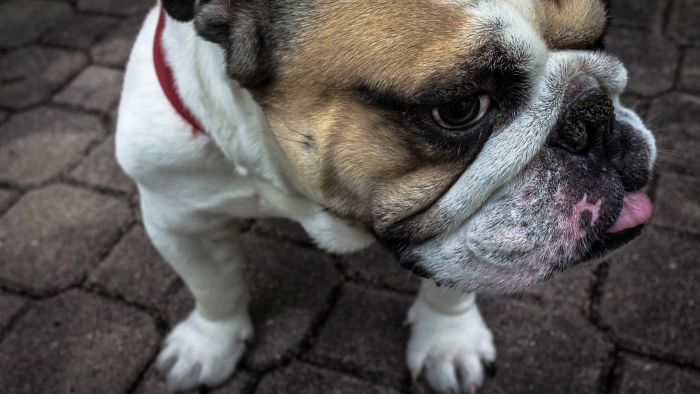 'It's gone too far': Why experts say we need to rethink what we're doing to dogs

Some dogs live with pain as a result of their breeding. So why, knowing this, do we buy them anyway?

The general advice to avoid flat-faced breeds and very large or small breeds is a good start.

“Dr Cobb recommends animal rescue groups, shelters and pounds” but then says “Dr Cobb advises meeting a puppy’s parents where possible, and learning about where the dog has been raised and socialised,”

Dr Cobb may be a good vet but there is a problem with this as in practice these two bits of advice are nearly always directly contradictory. For me the second statement is correct.

While I support the idea of adopting dogs from pounds etc it is mostly a lucky dip. Generally you will not know the parentage or how or where the pup was raised. You may be buying genetic, physical or temperamental problems. If the pup is 6-8 weeks old it looks like a pup, you can guess if it will be nearer 10 kg or 50 kg when grown but you can’t tell much else by looks as pups are quite generic at that age. They all have short muzzles and round heads, they don’t get most of their breed characteristics until they start to develop. To know what your pup will look like as an adult you have to know the parents.

Yes, there are so many stories of the wonderful mongrel who came from the pound and lived to a ripe old age - I had one myself. You don’t hear about the ones who were malnourished or mistreated and were quietly recycled back to the pound a year later. Given the investment in time, emotion and money it takes to raise and keep a dog I think you should have as much information as possible about the pup before you commit and that is rarely available at the pound.