Around a year ago, the WA rock lobster fishers were up in arms over the WA Government’s plan to quarrantine a portion of the total catch for the WA domestic market, irrespective of the prevailing obscene prices, as the fishers preferred to send it all to China for the highest possible price with the least inconveniece in selling it. Millions of kilograms of rock lobster set aside by the State under the McGowan Government’s revamp of the crayfishing industry could be exported to China — despite the aim of cutting domestic prices.

Fast forward some 12 months and the fishers are now singing a very different song. 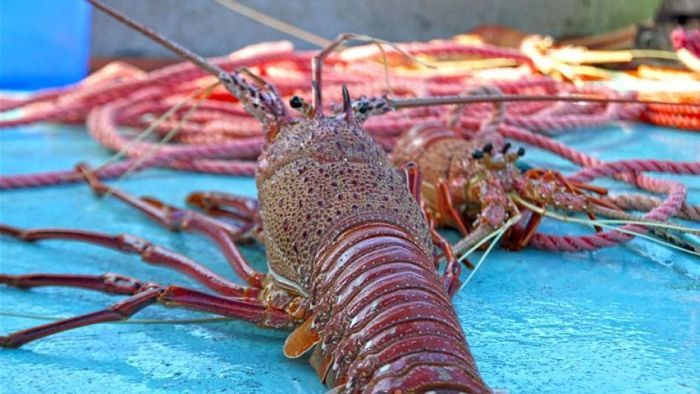 Lobster price plummets from $105 to $0 per kilo as coronavirus triggers... 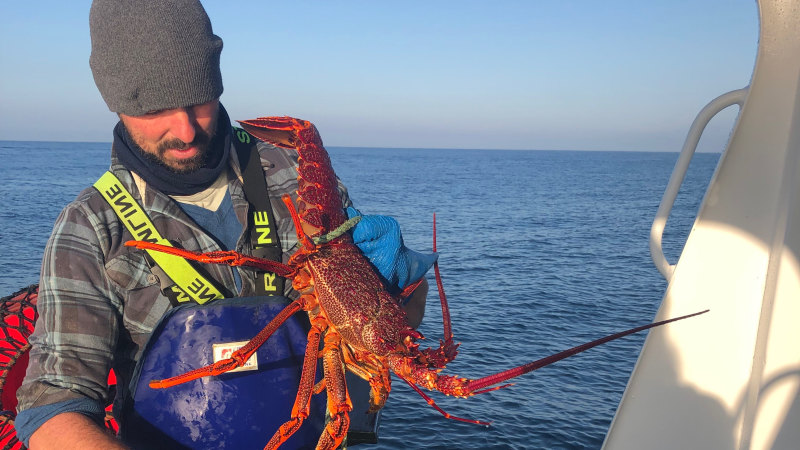 Fishers across the Victorian coast are stranded holding up to 10,000 lobsters in seawater storage tanks on boats and in processing facilities after China shut down its live animal trade over coronavirus fears.

So after just a few weeks of their export markets being disrupted due to the coronavirus in China, they are not only crying in their beer, but have the absolute temerity to request Federal Government assistance.

Industry figures have floated numerous proposals including price cuts and promotional campaigns to encourage local consumption, processing live lobster into frozen products like lobster tails, and the possibility of a financial support package similar to that offered to drought-stricken farmers."

Only the fishing industry could come up with this sort of disgraceful requests for Government handouts and have the temerity to attempt them to being even remotely in a similar position to the drought stricken farmers, or the graziers who lost more than 500,000 head of cattle in the NWQ floods a year ago, let alone all the victims of the recent bushfire disasters.

I am surprised that they actually stopped short of wanting a portion of the pool of bushfire victim donations to be redirected to them, despite their contempt for Aussie consumers for many years.

Au contrarie, there is a long and ignoble history of various ‘Australian’ (including multinationals) industries seeking government handouts, both before and after those industries and specific corporations gave the public and the government the finger.

The worst example might be GM and Ford who took their money and ran, or on an individual level Sol Trujillo, carpetbagger extraordinaire who set an example of the ‘high standards’ Australia demands of senior executives, also followed by our banking and super folk.

My conclusion, these ‘poor fishermen’ are just following in the footsteps of those who preceded them. Precedent is set. It is how capitalism works in these times - privatise the profits and socialise the losses. They put their hand out. Something will undoubtedly be put in it; when the problem is over they will forget whatever assistance is provided in a heartbeat and go back to selling to the highest bidders.

there is a long and ignoble history of various ‘Australian’ (including multinationals) industries seeking government handouts,

I call them the Fair Weather Free Market. While it suits them it should be open slather. When it doesn’t there needs to be control. The wanderings of the market are the best way to set prices but only when this means super profit, if profit is dipping they need protection. Free markets mean the market decides who wins and loses, except if we look like losing in which case we need a subsidy or a concession. Industry will fare best when unregulated except when competition from (fill in the blank) threatens us, in which case they need to be regulated.

All this is disguised as some kind of economic theory which supposedly is supported by serious economists who supposedly say it is the best way to run an economy for all concerned. It can be labelled ‘neoliberalism’.

This is a complete lie. There is no such coherent theory, it is so full of contradictions and exceptions that it means nothing. The name is a convenient fig leaf to cover the obscenity of big business that is in favour with government getting the rules set to suit themselves. The only free competition that takes place is the jockeying for position to get government favour and to be at the head of the queue at the public trough.

This is how industries that are natural monopolies are privatised. It is how fossil fuel is subsidised. It is how electricity prices have risen so much more than the wholesale cost of power. This explains how our banks made huge profits for decades in the name of competition which supposedly keeps prices down.

It is why we do not have a federal ICAC; the revolving door between senior public servants, politicians and industry consultants is so well greased and it explains why political donations are not banned but instead reporting of them is delayed by many months.

Another article regarding the seafood industry crying in their beer. 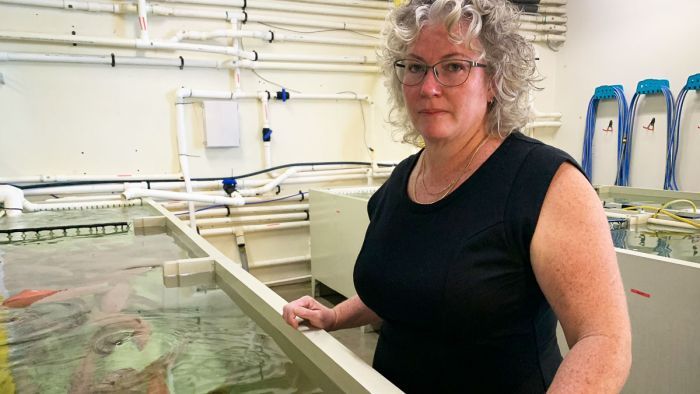 The economic ripple effect of coronavirus hits Australia's seafood industry, with staff laid off and businesses facing the prospect of closure, one operator says.

And once again, they want the taxpayer to subsidise them.

The drought, flood and bushfire affected primary producers had to watch their livestock dying of hunger, thirst or drowning, whilst paying a fortune for hay and stockfeed to try to keep them alive for years only to then see a great many killed by the bushfires which also destroyed their homes, infrastructure, machinery and vehicles.

Contrast that to the greedy seafood industry who can simply leave their vessels tied up without incurring fuel or other operating costs.

The seafood stocks won’t be affected by droughts, floods or bushfires, and will still be there ready to pillage as soon as the market resumes.

And they could always actually try selling their catch to Aussies at a fair price if the shock of doing so did not kill them.

Last week one seafood outlet had live mud crabs for sale at $45/kg and said that was what they paid for them and the next day, the price dropped to $25/kg, so they were simply trying to recoup their money at cost price.

Last year I was buying live mud crabs for $25/kg to $35/kg and there was no suggestion that they were being sold at a loss or that there was a glut of them.

But come Chinese New Year, the greed goes into overdrive.

Whilst I was at our local Coles yeaterday, I noticed that the front page of the local Murdock rag also had the tourism operators crying and wanting assistance including trying to get more Japanese tourists in place of the Chinese tourists.

How ironic as around 35 years ago when the Japanese tourism was booming and the Chineses tourism was insignificant, one of the leading tourism accomadation developers was quoted as saying that the Chinese tourist arrived with the shirt on his back and a $50 note and he did not want to change either of them.

How times have changed.

All in all, a classic illustration of the old business adage of not being dependent on a single market or customer.

The seafood industry is still crying in their beer and demanding taxpayer funds to subsidise their mistakes on depending on a single market. 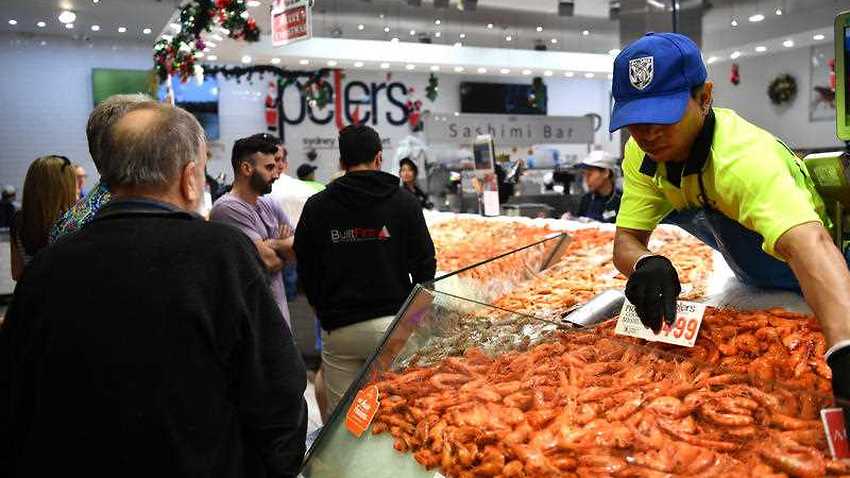 “We export live mud crabs this time of year but that has just stopped,” Mr Caracciolo told AAP…

Perhaps try selling them to the locals at a fair price instead.

“Mr Perez was part of a round-table discussion with Queensland Premier Annastacia Palaszczuk on Wednesday, the outcome of which he says will be critical to helping the trade.”

“We need help quickly. We don’t need any bureaucratic mumbling,” he said prior to the meeting.

Perhaps the Qld Government will give Lactalis a contract to sell the seafood.

“Australia’s domestic market could become flooded with seafood product if providers are prevented from selling to Asia.”

Great. Bring it on.

The WA seafood industry is still crying in their beer and complaining that they are only getting $30 per lobster in lieu of their highly entitled $50 per lobster when they put all their eggs in the one China basket.

The collapse of Chinese demand for fresh seafood triggered by the coronavirus is offering Australian consum...

Their $500 million per annum industry is a drop in the ocean in comparison to all the other industries which have also been affected by the coronavirus, starting with the $2 billion a month downturn in the tourism industry if it continues past March.

More articles regarding fishermen crying in their beer.

Coral trout fisherman complaining that prices have dropped from $60/kg to $17/kg.

Boats for sale, crews out of work as coronavirus ravages Qld fishing industry

The live coral trout fishery has been crippled by the coronavirus crisis as other regional industries prepare for turbulent times.

Presumably they are referring to live fish which produce only around 50% of their weight in fillets which would have represented around $120/kg.

It is my wife’s favourite fish and I have never seen coral trout fillets priced abobe $60/kg. We can now buy it for $37/kg.

And the mud crab fishermen are complaining that they are now only getting $20/kg, down from $60/kg.

Commercial crabbers say they may be forced to relinquish their catch at the boat ramp as a huge price drop and freight problems make doing business almost impossible.

The highest price I have ever seen mud crabs retailed for was $60/kg for cooked crabs at the best seafood shop in Cairns who pitches them at the tourists.

I have never paid over $35/kg for live mud crabs and have paid as little as $20/kg during the past few years.

The wholesale prices that some of these fishermen believe that they are entitled to are ridiculous.

I’m smack bang in the heart of rock lobster country…
We can’t buy any fresh at the moment, but we can get an AA frozen cooked lobster for about $28 (or if you’ve got a mate with a boat and a couple of pots…)
I did notice straight after the chinese new year collapse there was so much amazing fresh fish available here at phenomenal prices. I got baldchin groper fillets for $60/kg or less!!!
It’s dried up a little bit now (pun intended) but the general word around here is that there is enough time left for the fishermen to reach their quotas and do ok for the year, provided the market picks up a bit.
Some of them might have to downgrade their new V8 landcruisers or go from a 6 bedroom waterside house to a 4 bedroom a couple of streets back though. Its a hard life.

I could be that the initial price crash was to sell stock locally which would otherwise be destine for overseas markets.

As the premium international markets ‘dried up’, I expect that many fishers would not have gone out in their boats to change crays for little if no return. This wold have reduced local supply and kept prices high.

The Morrison government has announced a $170 million package to help fresh produce exporters reach crucial markets during the coronavirus pandemic.

The fishermen will be able to stop cyting in their beer for a while whilst demanding Government handouts and revert to their policy for local consumers of “Stuff you Jack, I’m allright”.