At the risk of sounding like a conspiratory theorist I must say that the TGA are obviously going to say that only their oversight and regulation guarantees the authenticity of drugs but a report in New Scientist a while ago showed that there is a high percentage of drugs sold in pharmacies that are not what they are supposed to be.

The TGA have a vested interest in promoting their own indispensability. In Australia the TGA will only consider whether to approve a drug if the “sponsor” (the company making it) “…applies and supplies supporting documentation.” This is why so many symptomatic treatments like Sativex are available in countries such as the USA, Canada, the UK, Spain and New Zealand but not here. These drugs have been approved by regulators like the FDA in the US but are not only not available here but many are not even being considered because the makers are only looking to the big markets, Ocrevus (ocrelizumab) or because drug companies can’t patent them as with high dose Biotin.

This may well be one good thing in a free trade agreement because it might mean that we do get access.

My experience since diagnosis of Primary Progressive Multiple Sclerosis (PPMS), an auto immune disease in which the immune system destroys brain and central nervous system cells, 7 years ago has convinced me that our regulatory system for approval of medical treatments involving drugs is in serious need of reform. It was originally conceived as a protection for the public against snake oil salesmen but the industry was quick to realize that this could be a restriction on profits and they have been very successful in debasing it. It has become a system that can be used by industry and governments to corruptly increase profits and prevent access to drugs that are banned because of 1960’s attitudes to drugs that have been abused recreationally.

I have participated in a phase 3 trial of Fingolimod (Gilenya) for 3 years and it became obvious that this was a strategy to manipulate the system to extend Novartis’s patent for, at least, 7 years. You may be aware that this drug was approved for other types of MS in 2008. Had PPMS been included in the trials at that time it would have been available, or been shown to be ineffective then. Given that they conducted a phase 3 trial now, and that this trial was been extended twice for a year each time, I’m sure that an effect was demonstrated. By excluding 10% of their ‘market’ they have been able to sell it to 90% of their ‘market’ at $3000/28 days worth for 7 years and will now be able to claim a new application and so start the clock again on their patent for 100% of their market and taxpayers will pay for this.

This example highlights 3 issues which, although they are not criminal because they are not illegal, are unethical and immoral. These are :

There is currently a move to get medicinal use of cannabis approved for use in terminal illnesses in Australia. This has been shown to have beneficial effects on symptoms including spasticity and there are drugs such as Sativex that are cannabis derivatives in capsule form (so no concerns about the dangers of smoking) that have been approved for treatment of spasticity in MS in the USA, the UK, Canada, Spain and in some cases New Zealand but are not available here.

I understand that Victoria has legalised medicinal use of cannabis but this is still not available and will only be available through the same system and so will be criminally expensive.

I am supportive of research and trials, I have been involved in 3 to date, as I understand that this, and my illness, is a learning opportunity for all concerned and necessary for the development of treatments. I do understand though that there are aspects of the system that range from out dated and ridiculous to the sort of thing that would normally be associated with organized crime. I think that the MS Advisory Council should be considering strategies to achieve a comprehensive review and reform of the aspects of the drug regulatory system that are shown to be unethical.

The FDA (US) is fast tracking the approval process for Genenteck’s ocrelizumab, a drug treatment for PPMS that has been used to treat other forms of the disease for some time but, again, PPMS was kept out of previous trials to be used to extend the patent. The TGA is currently not considering it. The way the system works it will be something like 10 Years before it is available here.

People like me don’t have 10 years to wait and once the damage is done in the brain there is very little that can be done to restore it so you will see that many of the concerns about possible QAQC are not relevant. When you have a degenerative disease that is destroying your brain and central nervous system and will progressively remove your motility, cognition, continence and possibly eye sight and cause neurological pain resulting in you being curled up in a bed unable to feed yourself or wipe your backside your perspective changes. There is no cure and no treatments are available here. Treatments that are available elsewhere are denied here by our regulatory system so I am not swayed by arguments from the TGA who are self serving in that in almost every case their assessment of any drug for efficacy and safety is simply replicating that done in the USA or Europe and years before.

A disgusted citizen.
While I am not in need of the treatment you need, I do agree with your assessment of the TGA and I would add the PBAC (Pharmaceutical Benefits Advisory Committee). This QUANGO adds little or no benefit to the drug access process. It thinks only of the costs, and delays or refuses to recommend drugs to the Health Minister for addition to the PBS system of drug subsidy. I can think of at least five drugs which are in the Hormone Replacement Therapy catagory (HRT) and denied to 8-10% of the male population, and which are not subsidised or available on the PBS. Drugs of a similar nature are freely available to the female population, on the PBS without restriction. As far as I am concerned this represents a serious denial based on sexuality.
For example, many many men are suffering Erectile Dysfunction (ED) but are forced to pay an exorbitant price, leveraged by the drug cartel, to maximize their profits. ED is brought on by age and results in a loss of Testosterone or Male Androgen Pause, very similar to Female menopause, but men can’t access the drugs on the PBS to relieve these symptoms, yet females are able to obtain subsidised Hormone Replacement Therapy (HRT).

A clear example of young men and women in Government, the PBS and PBAC QUANGOs who have no concept of these problems, and have denied men any subsidised access to the drugs which can provide relief for these male conditions.

I gave up hoping the TGA would ever do the job it was set up to do, except delay the access and cause increased cost. A have to ask, why do we have to repeat the approval process which the US FDA has already scrutinised. Are we so different ? we do have the same two arms, legs, a head and body as every US citizen ! The TGA is a joke and needs a bomb under it operations to stop the drug cartel from manipulating the process for their own benefit !

> Ocrelizumab has already been granted “break through therapy” status by the FDA and now has been granted Priority Review Designation, which means the FDA approval could be granted before the end of the year. FDA approval is an important step for ocrelizumab however, before becoming licensed and available in Australia, it will also need to be approved by the Australian Therapeutic Goods Administration (TGA). However, the decision by the FDA is encouraging as it is likely that FDA approval will expedite access to the treatment around the world. Roche have also indicated that they will be seeking a PBS listing for Ocrevus in Australia, which would be a welcome development to ensure affordable access to this treatment option for Australians with MS.

It shouldn’t be too far away for Aussie PPMSers

I wouldn’t bank on it.
The PBAC can still refuse to recommend it to the Health Minister, even IF the TGA approves it which is par for the course these days becaujse this government is all about cutting costs, and to hell with public health. 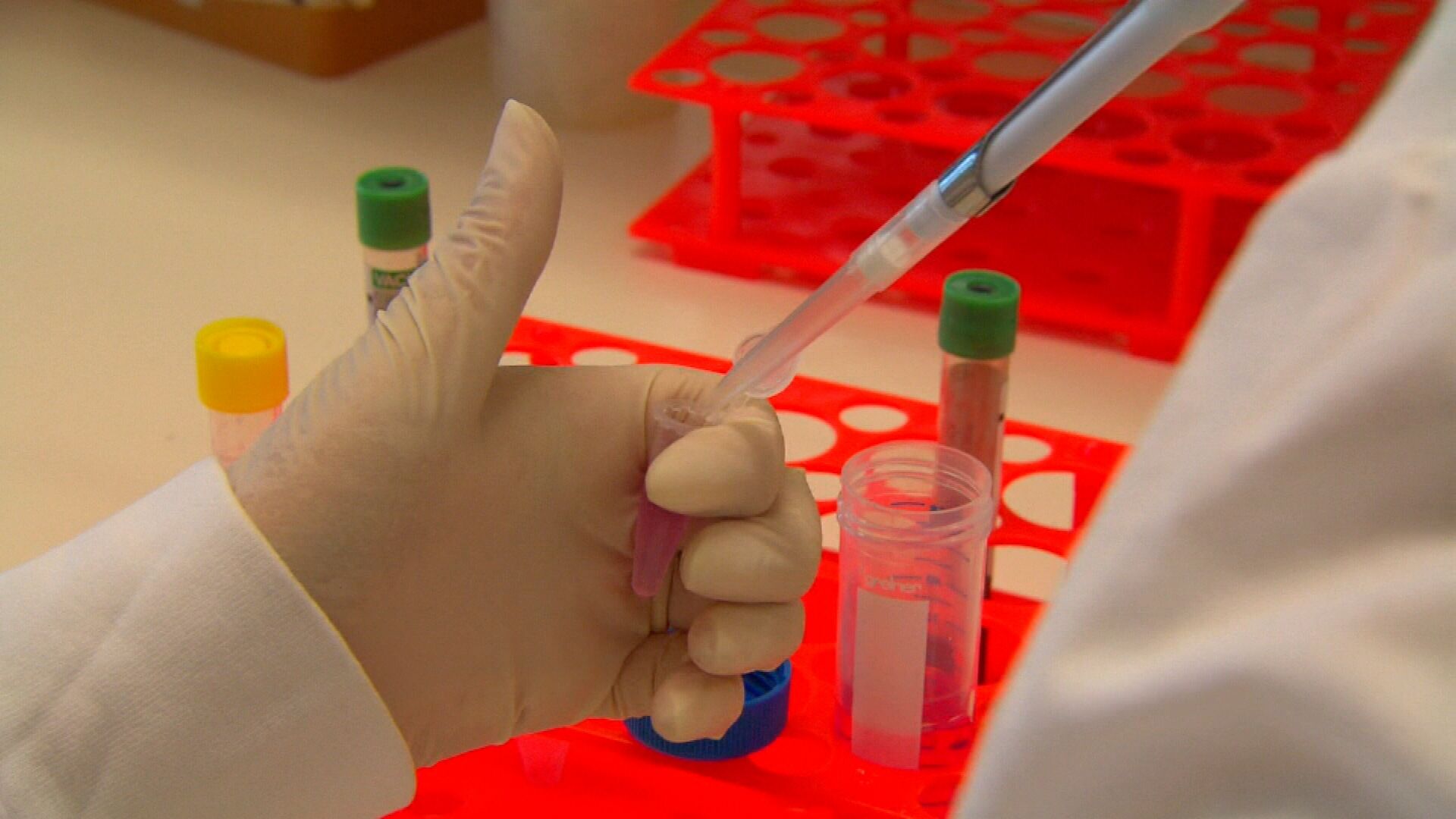 Expensive MS drug to be added to PBS next year

Scott Morrison, whose brother-in-law has multiple sclerosis, has announced that a drug that improves the li...

Brain cancer treatment drug, Avastin which was costing patients $20,000 is being added to the PBS. 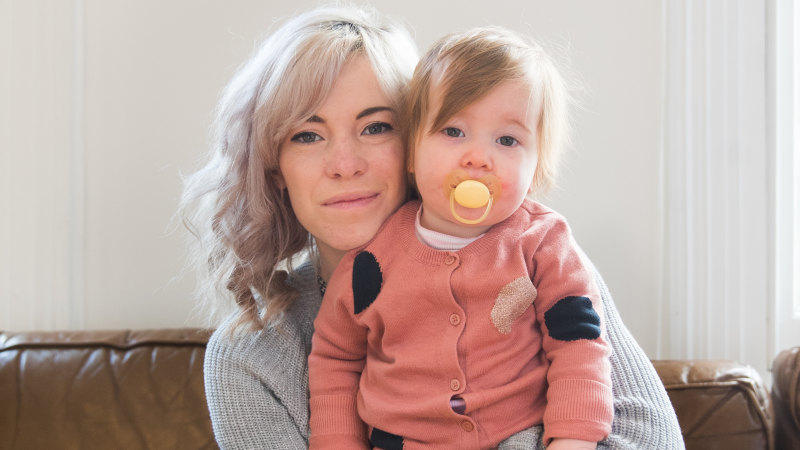 Advocates say it is an "exceptional win" for people with brain cancer and their families.

Low-dose cannabidiol (CBD) can be sold in pharmacies around Australia from today, for the first time without prescription.