Telstra has announced that it will be axing 8000 of it’s employees to improve the " customer service and experience " . I thought it would be more like a quick fix to gain $600 million to bolster up it’s infrastructure . Sad that so many have to join the ranks of the unemployed .

From an ABC report:
“The other major aspects of Mr Penn’s plan are up to $2 billion in asset sales over the next two years and the structural separation of Telstra into “InfraCo” and retail businesses from July 1.”

Telstra is well on the way to becoming a hollow corporation:-
Owning nothing;
doing nothing,
except coordinating the nothing.

It looks like they’ve finally figured out that there’s little profit in broad-scale infrastructure. That’s why the private sector typically cherry-picks the lucrative markets and ignores the rest.

A competent government would seize the opportunity to acquire Telstra’s network assets, combine them with whatever becomes of the NBN and re-establish the Australian Telecommunications Commission. The public sector is the only one that has credibly even tried to serve the whole nation (not just the lucrative bits).

The Penn is mightier than the axe.
OR
How to shoot yourself in the foot with an axe.

Telstra is still the owner of valuable infrastructure both here and abroad, and as time goes on more is being bought in the international areas. I don’t think it will ever be the holder of “nothing”. It is being more strategic in it’s ownership than when it was a Government plaything that had to serve the political masters. It now takes the prime cuts rather than being forced to deal with all the beast.

NBN Co now has the perhaps unenviable task of dealing with the whole gamut of telecommunications needs that Telstra was once “lumbered” with, aside from the mobile and radio spectrum ones (eg TV, Radio). Telstra now no longer needs to maintain a workforce to respond to national natural or otherwise disasters, they still have to maintain their own infrastructure but this is a much reduced onus particularly as most of it is fibre based and as such very resilient to damage and long lasting. They aren’t responsible for a failing copper network (a millstone around NBN Co’s neck some might opine). They are free to pick and choose and in so doing can drastically as evidenced reduce their workforce and still maintain a on-going and likely very profitable business that even now goes beyond our Nation’s shores.

How to shoot yourself in the foot with an axe.

Penn will likely get a larger bonus for making ‘hard decisions’. It is how CEO’s are compensated. I once worked for one (USA) who had a track record of destroying companies and in one year he turned a marginally profitable one into a $1 billion loss. His advice to the board was to shut it down, they did, and he got a huge bonus for overseeing the fire sale and closing the door.

Telstra is well on the way to becoming a hollow corporation:-

In many ways that reflects what the US has turned NASA into. NASA is mostly a collection of administrators, scientists and engineers who are essentially project managers overseeing for-profit contractor companies. It works until the contractors perfect selling BS and there is no longer sufficient in-house expertise to figure that out. Some governments love the concept because it is a parade of money into private pockets, whether direct or indirect and arm waving sufficiently obscures the gutting of the ‘company’.

Telstra is well on the way to becoming a hollow corporation:-

I suppose this is what happens when governments intervene in the market place.

Before the NBN (even though Telstra was lumped with the copper network), Telstra has the cake (broadly a landline infrastructure monopoly whilst recognising Optus HFC/smaller private networks only other players) and the copper network was easy money. With the copper being disbanded through government policy and paid for by the Australian tax payer, Telstra has been left to compete in a far more competitive market (mobile, broadband and technology). The new market place has frequent changes and something Telstra will need to adjust to.

This is a ‘Never mind the quality, look at the thickness’ approach. In my opinion, Telstra has the same problem as many large corporations. Their primarily focus is on returns to their shareholders, placing their clients on a lower priority.

This is sustainable for a monopoly. But when there is competition the clients will (sometimes reluctantly) abandon these profit first businesses to get better service, a better deal, or better support, etc… On the news they were saying that Telstra’s customer base has been steadily dropping, so this could be why.

I think it’s time to remove the bean counters from the controls of businesses. Their role should be as advisers, rather than running the business.

To survive, corporations like Telstra need to focus on customer satisfaction, and this has never been Telstra’s strong suite.

I suppose this is what happens when governments intervene in the market place.

It’s what happens when vital national infrastructure is left to the private sector.

I think it’s time to remove the bean counters from the controls of businesses. Their role should be as advisers, rather than running the business.

That is a noble statement but contrary to the precepts of capitalism and maximum return on investment.

One perspective is the underlying problem has been a shift from long term success to quarterly and then annual profit fuelled by overweighted short term KPIs in executive compensation (that is often far north of just obscene, but that is another topic).

…and tell me how axing 8000 employees will improve customer service?

Why is it that they say by cutting peoples jobs out all the time it means they have lower overheads. i think it just mean it is harder for all of us to get things done as they dont care less what they do anymore. All other businesses do the same. On the news the other night it said telstra has to much competition due to so many other businesses that are out there. They said also it was to get rid of middle management.i wonder how many more people they can sack at telstra.? there share price fell also the finance guy on the news showed and compared the shares compared to like 20 years back and since the sackings yet to be made it fell back to what it was in the 1990s.

An article that explores why these sackings and restructure may indeed benefit us all is found at the following link: 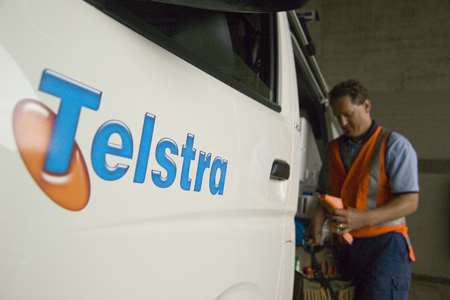 8,000 jobs are going to be lost, but there's a silver lining to this dark cloud.

Last time I tried to talk to Telstra I was put through to the Philippines, I could not understand the operator and would not put me through to a supervisor. How can they call themselves an Australian company, SERVICE WHAT SEVICE

When will we stop selling off the farm.,and we all know what happens when it all goes.

Are you familiar with the 80:20 theory whereby 80% of profits are from 20% of the customers, so 80% of of expenditure is directed toward those 20% of customers? Many long term successful companies make decisions on that basis and their reality is that while they do not chase business away, there is good business and bad (or at least less good) business that does not contribute to corporate success.

Love or hate Telstra, it looks like a long term shakeup was due, reflecting a company that has been operating in its own universe, or put another way, Telstra have been living in a brick house but are now forced to live in the garden with the rest of the Telcos.

The unfortunate variable in the equation is government has managed the privatisation of Telstra and then the NBN so badly there is an inevitable loss of expertise at the individual as well as structural level as well as a morass that all but encourages finger pointing for every failure.

Will the loss of 8,000 middle managers help? Time will tell, but when the marketplace has been jerked around as the government has done in this instance when the dust settles it will most likely not be noticeable either way.

Known as “The Pareto Principle”.

It’s known as the Pareto Principle. It’s one of the reasons why private enterprise should not be allowed any influence over national infrastructure. The private sector needs to cherry-pick the most lucrative markets. The nation needs the infrastructure to serve the whole. The two are incompatible.

the privatisation of Telstra

Privatising Telstra wasn’t the problem. Selling off the infrastructure was a betrayal. As the article linked by @grahroll pointed out, everyone with any expertise advised against it. Howard went ahead anyway.

Now, we have an opportunity to acquire the assets that Telstra plans to split off into “InfraCo” and combine them with whatever becomes of the NBN, under public ownership. Then, we’ll be pretty much back where we were with the Telecommunications Commission (though three decades later). Our next challenge will be to prevent some treacherous maniac betraying us again.