Some years ago, mixer taps used to have aerator tips fitted to their outlets which ensured a soft, non-splashing jet of water. The aerator units, which you could unscrew, had slots in the sides presumably to let air in, and and several discs inside which which aided the air/water mix. We’ve just moved into a new house, and the kitchen sink is fitted with a newer type of unit which appears more to do with restricting the flow of water than aerating it. The result is a jet of water which splashes everywhere, no matter how carefully you turn the mixer tap on. Heaven help you if the stream hits a concave surface! I have searched both hardware stores and consulted various plumbing retailers, all of whom do not understand my problem and can provide no solution. Does anyone know of a kitchen mixer tap which will deliver a soft stream of water?
And while on the topic, I find it extraordinary that we are encouraged to install toilet cisterns, for example, which provide an often inadequate flush, while there appears to be no rules requiring hot water to arrive at all outlets within a specified time. The brand new house we were temporarily renting while we waited to move into ours, took the hot water 55 seconds and around 5 litres of water to arrive at the kitchen sink. The delay was exacerbated because the HWS was an “instant” gas unit, which also had a fan within it to cool it down when the water was turned off. Seems daft to me.

The delay was exacerbated because the HWS was an “instant” gas unit, which also had a fan within it to cool it down when the water was turned off. Seems daft to me.

That’s how they go. You have to keep in mind that the wasted hot water is largely due to the length of pipe from the heater to tap which is a consequence of house design. Also instant gas heaters save energy by not keeping a tank warm all the time but take a minute to warm up. You pays your money and takes your choice.

Bunnings have a dozen models of tap aerator that fit different threaded spouts, these come in standard sizes both male and female, with various flow rates. You can easily replace them yourself. I would expect most other plumbing suppliers would be the same. If your tap spout has no thread I think you are out of luck for a quick fix. Replacing the whole mixer will cost a good deal more and is not a DIY job unless you have the tools and are knowledgeable.

Yes, I am well aware it is the distance between the water heater and the tap outlet. It seems to me, that if we are supposed to save both water and power, then there should be some design requirement that limits that distance. The waste over a year must be substantial, yet we are forced to have restricted water flows (meaning it simply takes longer to obtain the amount of water you want) and poorly flushing toilets which might save a couple of litres, but do not address a much larger waste of water and energy.
Thanks for the advice about replacement aerators. I have not noticed them, but will investigate. None of the mixer taps in Bunnings or elsewhere appear to have aerators which are any different to the one I am complaining about, although some have bigger section outlets.

Dirt in the aerator will cause what you described. New house, new plumbing, and dirt in the pipes is not uncommon. It is good practice to clean every aerator on moving in.

Also, dirt can enter from dirt churning into the pipework from a water main break and repair. Your first step might be to unscrew your aerator (assuming it is a typical screw type) and paying attention to the order of parts, disassemble it and scrub the screens with a toothbrush. Also inspect the washers as a worn or dislocated washer can cause side-spray.

kitchen sink is fitted with a newer type

Do you know the make and model of the mixer? It may be labelled on the back side of the tap stem.

The reason is does it have an aerator installed? The previous owner may have removed the aerator or modified it which could have caused the problem (in addition to the dirt/grit outlined by @PhilT above).

If you know the make and model, you may be able to get a replacement aerator or a different one that fits to see if it fixes the problem, rather than going through the more expensive process of replacing the whole mixer.

if we are supposed to save both water and power, then there should be some design requirement that limits that distance.

Possibly so though I would foresee problems on some designs where you want an ensuite for the master bedroom at one end of the house well away from the common bathroom or kitchen at the other. OTOH it could be one of the items one left for the purchaser to decide, whether privacy or economy is more important, when choosing a new house. We all make these judgments. Legislation isn’t the answer to every problem.

We all make these judgments. Legislation isn’t the answer to every problem.

Good stuff…yes, how a tap performs is often personal choice. For example, some like shower roses at a blasting pressure, other like soft sprays. Legislating or regulating means we would all be normalised, and assumes that everyone’s preference is the same.

It occurs that many taps have aerators that seem like they are flush and integrated into the spout, but they do unscrew - they require a special tool that comes with the mixer. They have slots that fit into the plastic aerator to insert and extract it. Examples: 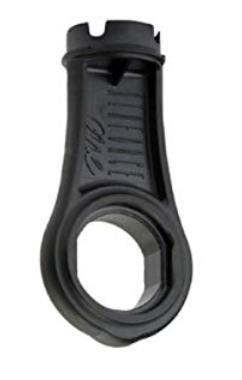 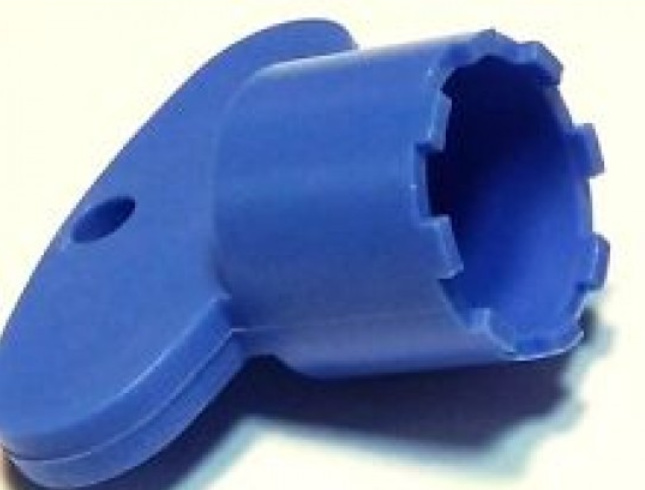 while some just unscrew as in ‘olden days’ . There are many tutorials on youtube as well as from google, including 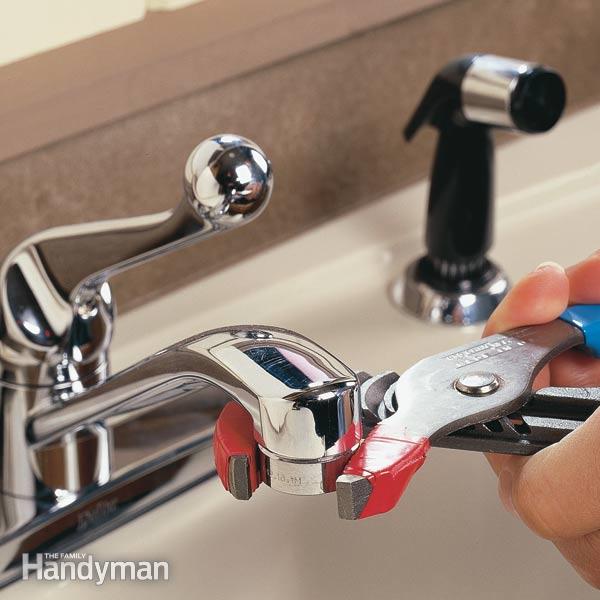 Low water pressure may not be the reason for weak water flow from faucets. Check for a clogged aerator faucet. You can fix it in 5 minutes.

They have slots that fit into the plastic aerator to insert and extract it.

If the special tool is lost [how could that happen?] unless rusted in I think you could do the same with the tips of long nosed pliers inserted upwards into an opposite pair of notches while twisting the handles.

Does anyone know of a kitchen mixer tap which will deliver a soft stream of water?

Firstly, I have completely removed the aerator from our kitchen tap. I saw no benefit in it. Its absence seems to have no detrimental effect.

Secondly if you want a soft stream of water only turn the water pressure up slightly. I don’t see the advantage of turning the water pressure up high only to have the aerator and pressure restrictors hold the flow back. I think that would cause turbulence in your pipes which would eventually cause problems like water hammer and erosion within the pipes.

With the modern cisterns, even if you flush twice you may be using less than water, or at worst, as much as one of the old style cisterns.

When designing a house, the HWS should be located a) centrally if all HW taps are used roughly equally, or b) closest to the areas of maximum use (kitchen, bathroom, laundry) to minimise the waste you described. Often designers prefer to hide the HWS asway from where it is most used for aesthic reasons which results in long runs and wasted water.

Even if these principles are followed there can be issues. Such as there may be long runs to less used taps, or if the hot water useage pattern is different to the original design, for example if an ensuite is used exculsively instead of the main bathroom, more hot water can be wasted than originally envisaged. Obviously it is impractical to relocate HWSs for each set of residents, so it will suite some but not others…

Well I solved it. Ripped the existing mixer tap out and bought a new one with a wider diameter “goose neck” pipe, which of course had a larger aerator. Improved things even further by swapping the aerator from one of the bathroom taps with the kitchen one. Now at last we can rinse things (like the filter basket from the espresso machine) without soaking ourselves no matter how gently we turned on the tap. Cost $130 to swap, but worth every cent. The Lions got the old one. Happy now.