Have you ever been bumped from a flight because it was oversold or because the airline told you your ticket was only a stand-by?

One of our CHOICE staffers was recently told by check-in staff that her ticket was a “stand-by” and that she might have to wait for a later flight. Luckily she knew her ticket was legit - she stood her ground and ended up with an upgrade (never mess with a CHOICE staffer!). Her ticket wasn’t a stand-by at all, the airline had oversold the flight.

We’re wondering how often this happens to other flyers. Has an airline ever fed you this “stand-by” line?

Tagging our @Travel-Campaigner group in case anyone can share their experience.

I haven’t heard of this in Australia, but it is apparently a common problem in the US - as has been seen in some news reports about passengers being dragged off planes kicking and screaming.

My guess would be that since we seem to adopt everything American it is likely to grow as a trend. My understanding from the US cases is that the passenger does not actually purchase a guaranteed right to a seat on that particular plane.

There are two things that I suggest would be worthwhile exercises for Choice and its Community:

This could then be followed up by a comparison of the Ts & Cs into the future, and some very loud noises if any airlines tried to sneak in a reduction in passenger rights.

It happened to me once flying from the Caribbean to Miami. The plane was full and I (and some other people) weren’t on it. The airline started the bidding for people prepared to get off. One free return flight from Miami to Cayman Islands. One or two people got off the plane, but not enough. Two free flights from Cayman to Miami. Quite a few more people got off - enough for everyone to have a seat. The offer wasn’t much good to me as I lived in London at the time, but for anyone who lived in Cayman or Miami this was a great deal - as the next flight meant only a 4 hour wait!

It was a number of years ago but yes. It was with Virgin Australia, Brisbane to Melbourne. At the airport with heaps of time along with about 8 other customers who didn’t get on the flight because it was full. They gave me a refund for a standard ticket and another flight but I then had to wait around 3 hours for an available flight.

Never had that happen but was asked if I wanted to take a later flight and as the later flight was direct I thought about it and said yes. I received a meal voucher, and a free flight to the same destination to be used within 12 months.

What are your rights if your flight is overbooked? Find out here: 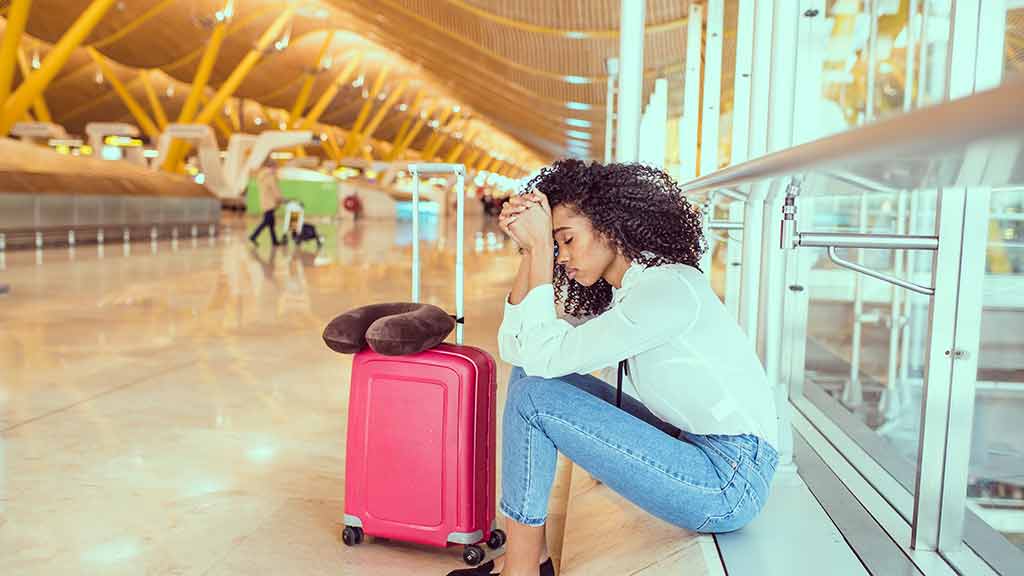 What are your rights if you're bumped from a flight because it was oversold? Plus, what's a stand-by ticket, and can you still get them?