Our tests reveal the best slow cookers (member content) for your money, including which ones are easy to use and how they perform across different temperatures and settings.

We also have a slow cooker buying guide to help you out with things like size, features and price. There’s also this some slow cooker tips for all those slow cooker aficionados out there.

Do you use a slow cooker? We’d love to hear about your experiences and especially to see your favourite slow cooker recipes in the comments below.

Gave up on ours - every time we used it, ‘fly magnet’ ! I loved slow cooked meals, hated the house full of flies - would be interested to hear if others have experienced this, or whether it was just bad cooking

Down here in Melbourne we do not have your fly problem and anyway my house is fully fly screened so no similar problems. A few years ago we did tour through your area and became quite proficient at eating under the fly net without ingesting the little beasties. Watching locals watch us with their broad smiles doing that created the impression that the flies were considered just a bit of free protein there. No?

my house is fully fly screened so no similar problems.

Same - but they congregate in large numbers where the windows are open for swampy venting, and help you if you open a door …

Watching locals watch us with their broad smiles doing that created the impression that the flies were considered just a bit of free protein there. No?

I don’t wear fly nets until they get extreme, which isn’t that often - that’s the point where you learn to drink your favourite beverage through the net which doubles as a strainer - to me that’s the solution to a drinking problem !!

We have a slow cooker (given to us as a gift) but still prefer the old cast iron pot on the gas stove.

However, as no one else has posted a recipe, I’ll make a start of one of our family favourites…many friends also request this one when they come over. It is also great one on a cold winter’s night. Leaf overs are also very tasty. 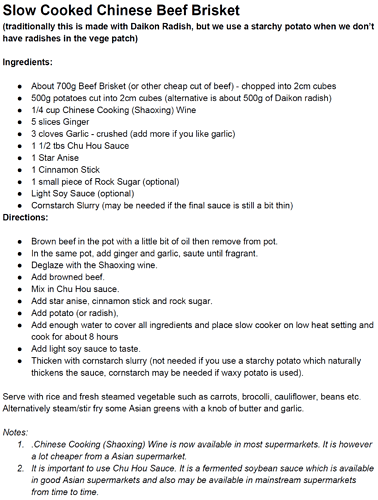 I love to slow cook food in our oven, using a pot with a lid. We can sear meat on the stove first if we need to, then leave it in the oven all day. For us, 75° or 80° for low, 95° or 100° for high works well. If your oven can cook at those temperatures, that’s one less unnecessary gadget in the cupboard!

phbriggs thank you for your recipe. I will try it.

Our 2019 slow cooker review (member content) is here, just in time for winter.

It is interesting to see that there are some el cheapo models recommended by Choice. We have one (were given it as a present) and have only used it a couple of times in the 3 or so years we have had it. We prefer to use enameled heavy cast iron pot on the stove…simmering away on the lowest heat for a number of hours.

We also use a vintage pressure cooker as well which does a similar job is a fraction of the time.

Must get out the slow cooker, give it a dusting and give it a wiz over the winter. 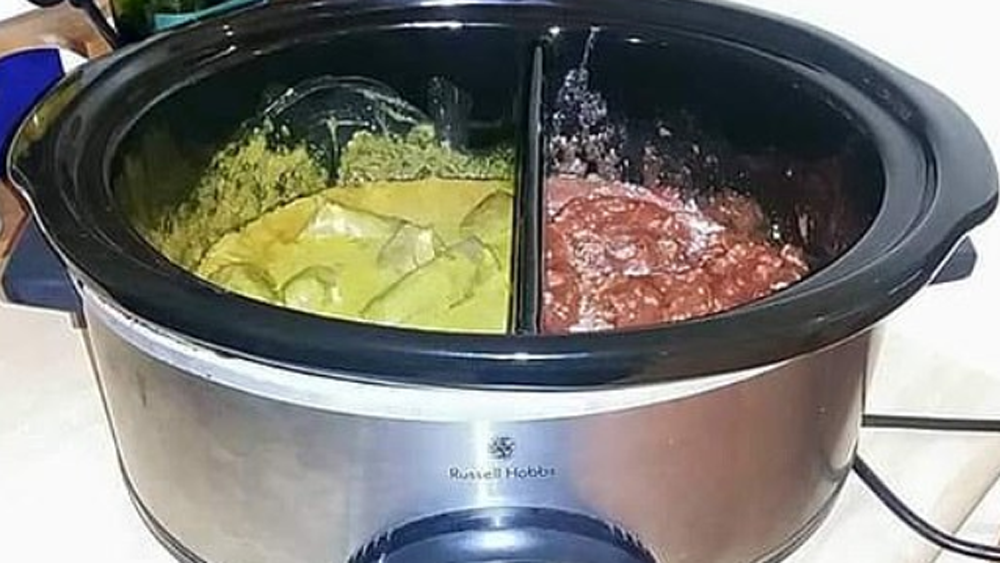 All the amazing kitchen tech

And all of the other incredible kitchen gadgets on offer

This Kidspot article indicates they are not yet available here in Australia. I’m sure the product testing team will be interested in this for next time.

Here’s five of the best slow cookers under $50:

A slow cooker can help you save money on groceries, and a cheap model can still give excellent results. CHOICE reviews slow cookers from Kmart Anko, Big W, Russell Hobbs, Crock-Pot and more to help you find the best.

Sadly all too big! As a single person, I really don’t need a 5 or 6L cooker, and my small Russell Hobbs I am not surprised to see didnt make the cut, and in the general reviews of slow cookers is at the bottom. It does the job but what ought to take 4-5 hours usually takes 8. Crazy. Gotta get something else, but they are all so BIG.

What about the Russel Hobbs 4L unit?

Can’t get much smaller than that.

My current Russell Hobbs is 3.5 which is fine, 4L might be OK. But because the current is just so inefficient, I’m reluctant to try another RH product for anything.

(edit: Why did “system” remove my quote of Fred’s post?)

(edit: Why did “system” remove my quote of Fred’s post?)

I would have loved Choice to look at the fact that apparently a fair few slow cookers with ceramic bowls contain lead. I know of someone who asked Kmart specifically, was told it was lead-free, bought a test kit from Bunnings, and - test came back positive for lead.

Hi @ininchen, welcome to the community and your interesting post.

I know of someone who asked Kmart specifically, was told it was lead-free, bought a test kit from Bunnings, and - test came back positive for lead.

This may be an urban myth. Now lets assume the Kmart or any new slow cooker ceramic pot contained lead in its glaze. Don’t know if it does, but lets assume it does.

From a Lancet article and information from the US government, two conditions need to occur for lead to be released from a well facrory fired glaze. The first is extremely high temperatures (possibly higher than cooking temperatures and maybe near the melting point of the glaze -lead by itself melts at 330°C, substantially higher than operating temperature of a slow cooker) or the glaze being subject to very acidic conditions over a period of time.

Firstly, neither conditions occur for the standard Bunnings lead test. If the pot was at very high temperature and the lead test used, it is likely to cause the test kit to fail (possibly through its combustion).

Secondly, the test kit won’t provide strong acidic conditions to cause the dissolving of lead in the glaze. Lead would only come out in such circumstances if the glazing wasn’t done properly, such as not reaching high enough temperature to fuse the glaze. Even if the glaze was defective, the test kits would be very hazardous to use and unlikely be available to the domestic consumer.

The US FDA has tested ceramic pottery in cooking and hasn’t identified any products which pose risks. Notwithstanding this, there are reports that manufacturers of ceramic cooking vessels have moved away from glazes containing lead. This is the heart of the issue, and it is unlikely the Kmart or any ceramic slow cooker contains lead since manufacturers have moved away from lead glazes, and the pot is brown rather than glaze colours where lead is used.

This doesn’t give much credence to the claims. One possibility to include as an internet myth.

This NPR article is worth reading… 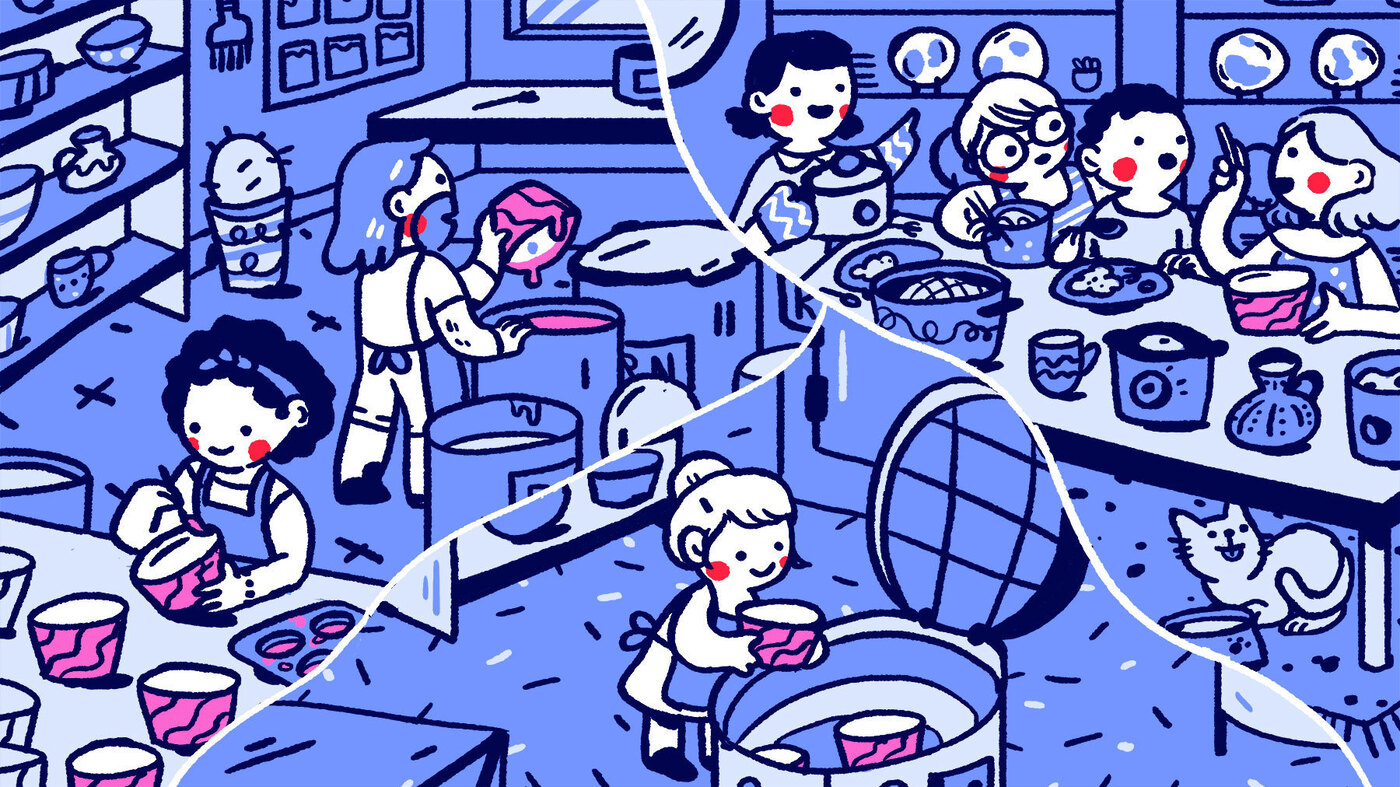 Can Your Ceramic Cookware Give You Lead Poisoning?

Mass-produced crockpots and other ceramic food containers are probably safe, but handmade earthenware might merit a home test.

This article is a good summary and suggests risks lie with antique or hand made earthen ware…and not modern kilned ceramics.

Hi, thank you so much for your reply, it’s very informative, I will definitely do some more reading in regards to this. The subject came up in a slow cooker course, and many people panicked and actually returned their newly purchased slow cookers. Would it be ok if I shared your post with that group? (It’s a fb group). Thank you

Would it be ok if I shared your post with that group?

The post is public and can be shared/seen by anyone with internet connection. You are more than welcome to share.

I am having trouble running this down. It is ‘all over the internet’ as they say but:

Overall I come to two things, one if somebody is claiming there is lead in crockpots that can do harm ask them for data to support the claim, two I would be much more concerned with lead paint on toys and in old houses.

I was peripherally involved in a testing program that studies whether there was lead in water tanks due to pollution from a nearby mine. During the testing samples were taken from dust inside the house and under the eaves of the house specifically to be able to rule out false positives due to lead paint. The testers (from a university toxicology department) made it plain that the greatest risk they knew of was lead paint.

As for the Bunnings test I am very sceptical. It is sensitive down to 600ppm, the reports of artefact testing are looking at concentrations about one hundredth of that.

So I am down to the common situation with scare stories that you can’t prove a negative. If a reliable source says there is a positive you can accept they are probably right especially if confirmed by others. If you cannot find a positive that doesn’t prove it doesn’t exist. The result is we don’t know. However I am not rushing to get my old crockpot out of the house just in case.