(I have posted similar feedback in the ebay Community.)

These listings depicts roses that have a different colour in each petal. In fact, such colours are achieved by splitting the stem of a white rose and placing each portion of the split stem into a vial of colouring agent, allowing the cutting to progressively draw the colouring agent into the petals of the bloom.

Unfortunately - to its discredit - ebay is not willing to do anything to ban vendors offering “rainbow rose seeds” for sale. I have twice reported this matter to ebay, to no avail.

It would be a trivial matter for ebay to verify these listings are scams and to filter out offending vendors. However, the company steadfastly refuses to take action.

On Googling comments online, this has been an issue for years and yet such listings persist on ebay. ebay’s inaction on a bleedingly obvious swindle does nothing to instil consumer confidence in the site.

What about “FAKE BRANDS” life fake GUCCI watches, purses,etc…(that you can normally buy
in flea markets,car boots) that you can buy on Ebay? Are they "a buyer beware " issue???
The same goes with pirate DVD’S and designer clothing ???

Thanks for posting about yet another scam, and helping to educate and warn others.
My advice; May the Buyer Beware…!

Several years later and eBay still allows vendors to list this scam product on their platform. It would be such as easy task for them to block listings like this. 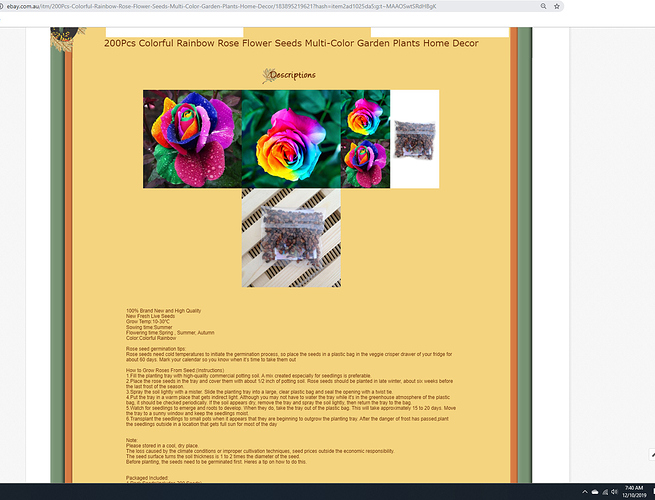 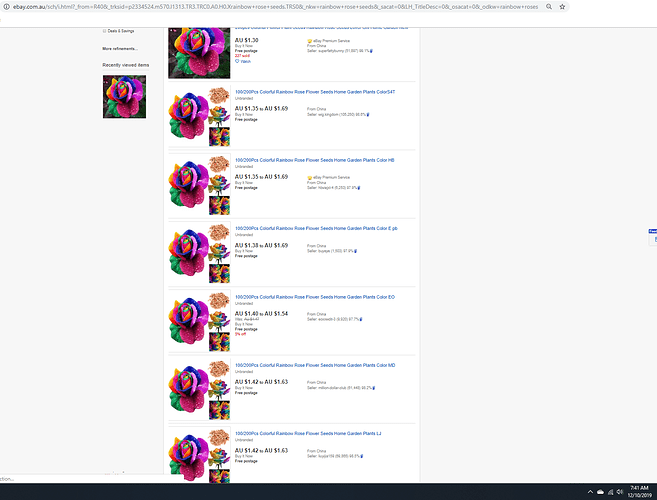 Do the seeds come with the necessary cans of spray paint?

It seems putting them in appropriately coloured water to soak up the ‘rainbow’ is part of the instructions. Some of the ads include that, most don’t seem to.

Perhaps the seeds are made from the same material as the magic painting books where the kids merely paint the pictures with fresh water and the colours magically appear.

I had a case where there was a beautiful coleus plant in the office. The proud owner accepted many a compliment for growing such a wonderful thing to the enjoyment of all. If was a lush soft thing that overflowed the pot, it was an extraordinary brilliant green, the colour was a startling pure lime, almost glowing.

Several admirers were given cuttings and I think more than one took a discreet snip when nobody was looking. They were all disappointed. Although the office lighting was sufficient for it to grow very well it altered pigment production. When the cutting were planted in gardens or potted on bright windowsills they all reverted to the common native variegated colour pattern which was their heritage.

This wasn’t a scam as the owner did not charge for the cuttings but I suspect she was knowledgeable enough to smirk behind her hand when the imitators all reported failure to reproduce the wonderful green.

Several years later and eBay still allows vendors to list this scam product on their platform.

If the sellers and seeds are genuinely all Australian would they not be subject to the ACL?

The other question here concerns biosecurity risk if they are imported seeds. Some seed can be imported, however it needs to be declared for inspection. If it is not on an approved list or covered by a permit the product can’t be imported.

The interesting consumer grey zone is whether the description for ‘Rainbow Rose Flower’ meets the import criteria, even before inspection.

Yes it’s a scam. Something eBay can’t deny with a straight face?

Does eBay consider explicitly the biosecurity issues of selling internationally and add extra cautions as bold notes to prospective sales? Australia is not the only nation with restrictions. Somewhere in the fine print perhaps?

Is it ‘eBay’ = ‘caveat emptor’ until they put Australia and the ACL above their own set of commercial interests?

I am not sure just how competent eBay is on what is listed, especially after the email I received from them yesterday and again today.

Some years ago when I was buying various books detailing the WWII history of various Australian military units, I tried to get the one for the FNQ regiment I was in during the the late 1960’s, the 51st Battatlion, without any success.

I was surprised when the email from eBay showed “At War With The 51st Infantry Battalion” so I opened the link to see this. 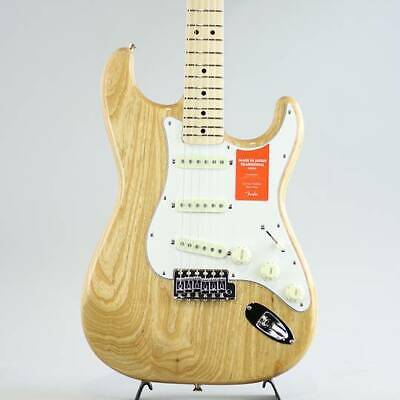 Find many great new & used options and get the best deals for Fender: Electric Guitar Made In Japan Traditional 70s Stratocaster Natural M at the best online prices at eBay! Free shipping for many products!

So much for accuracy.

Yikes! I bought some of these too. and yup… no germination.

more fool am I.

If you bought them on eBay, did you leave the seller negative feedback?

It is very misleading advertisement.

Notwithstanding this, most amateur gardeners also know that growing roses from seeds is usually very hard and likely to be unsuccessful (as most roses sold are grafted onto root stock). Also, with hybrid type roses, one can’t assume that the child plants (from seeds) is the same as the parent. When pollination occurs, it could result in seeds of varying characteristics and qualities.

Ebay should look into this one as not only rainbow roses impossible, it is near impossible to achieve the advertised product from the seeds even if the parents were ‘rainbow’ roses.

Oh well. I assume it was a low-cost purchase so it’s not a big financial risk. One lives and learns, hey?