Govt looking to US fuel reserves to boost dwindling supplies

Australia's poor fuel security is back on the agenda after Energy Minister Angus Taylor confirmed the Government is in talks with the US to tap into its strategic fuel reserves.


As part of an international agreement Australia is expected to hold a minimum of three months fuel reserves in stockpile/storage.

Typically Australia holds only three to four weeks supply. The majority of the feed stock is imported, while local refining capacity provides for only half of our needs. (One more excuse for petrol prices to bounce around.)

As a consumer it’s unsettling to know just how vulnerable we all are.

The ‘Great ScoMo’ has suggested Australia turn to the USA to access their vast strategic reserves to meet the commitment and ensure security of supply. Doubtless access to this supply also comes at a discounted price, with no Trump card strings attached. It can also pass instanteously through the magicians disappearing cabinet on the other side of the world, to reappear near Canberra.

Are there alternatives that require less magic?

Ways forward that protect consumers from loss of supply, even if they require a rethink of government policy! 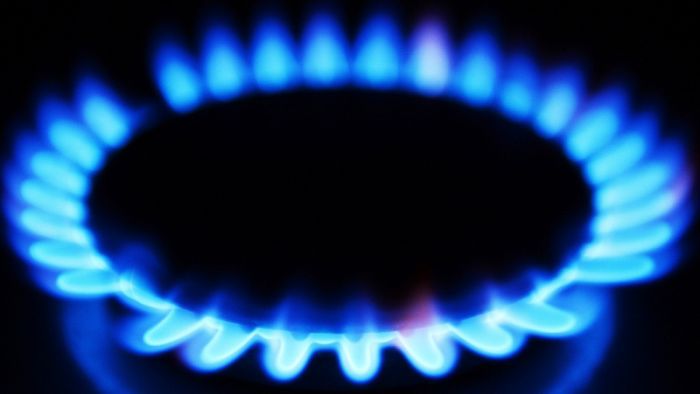 Domestic gas reserve officially on the table as government tries to force...

A portion of Australia's gas supplies could be set aside for domestic use as part of a Federal Government push to try to bring down gas prices.

P.S.
Apologies to all genuine magicians, for the thought ‘The Great ScoMo’ and political slight of hand might qualify for admission to the magic circle. While miracles apparently aren’t considered magic, distraction is a core skill?

I have no issue with this as we rely on many import only goods to sustain our standard of living (e.g. technologies, vehicles, some medicines and medical equipment etc).

Many other countries are fully reliant on the import of all tbeir energy, bot only for transportation, but industry and electricity.

There is always an argument that in the time of war/hostilities, a country may need its own energy supplies to enable it to continue to operate as production and shipping of such materials may be impacted. I am not sure if this applies today, especially when critical infrastructure such as that which related to the energy industry is often first targeted to cripple a country. If Australia was the country being threatened, having one’s own supply might not make any difference.

Even if Australia’s supply was restricted as an act if hostility by one country, there will be others willing to make up the short fall. It is highly unlikely that all oil producting and manufacturing nations would be hostile to Australia and impose embargoes or santions to restrict the flow of fossil fuels. The case of rubbing each others backs applies.

Australia also has the option to divert oil from oil seed production into making bio-fuels for key transport sectors to keep the nation functioning. There is also the opportunity to covert a large portion of the remainder of the transport fleet to LNG/CNG in the short term, both of which Australia is abundant.

I also suspect that there are many environmentalists who would be happy that Australia no longer is self sufficient in oil, as it supports an argument that Australia energy future should move away from fossil fuels. Any investment in fossil fuels would also have resistance from such sectors as it is investing in old ‘technology or economies’.

This raises tbe last point, half a century ago, it was essential to have one’s own supply…today is is less critical and suggest in the coming decades, as non-fossil fueled transport industry emerges, it will be even less important.

The arguments about Australia being self sufficient today is possibly short term politics rather than looking at the long term.

Australia also has the option to divert oil from oil seed production into making bio-fuels for key transport sectors to keep the nation functioning.

There is some truth except in a practical sense one does not change from ‘seeds to biofuels’ in a few weeks to make up fuel shortfalls. It is factories, transport, and engines, all that are what they are today.

there will be others willing to make up the short fall.

If there was a serious global conflict shipping could be among the early casualties and open for major disruptions. Sink enough tankers and the world would be in strife so importing could be a poor bet for energy survival.

This raises tbe last point, half a century ago, it was essential to have one’s own supply…today is is less critical and suggest in the coming decades, as non-fossil fueled transport industry emerges, it will be even less important.

In recent times the ‘3 months storage’ seemed to have been dictated by the fact that most disruptions could be managed and supplies resumed in that time. Can the same be written for 3 weeks, or either, today? When things are going well and predictably taking comfort is easier than when it all goes pear shaped. One just need to look at trade wars having been started on a political whim, where the chickens are just beginning to fall off their perches. Resolution will be at a cost that remains open ended, not even considering the issue with shipping in the Strait of Hormuz, another episode many consider to be about politics not intelligence.

importing could be a poor bet for energy survival.

The obvious answer is to use what we have.

Effects of climate change on the consumer

According to Geoscience Australia , the nation’s solar energy resource is “10 000 times larger than its total energy consumption”.

A study by the University of Technology, Sydney , put Australia’s onshore wind capacity alone at about twelve times current demand.

An ANU study found about 1,000 times as much pumped hydro capacity as we’d need for a 100% renewables grid.

Australia can be self-sufficient in energy. The problem is that we’ll need to invest. Sadly, successive Conservative governments have shown that they’re terrified of spending (both of Australia’s major political parties are Conservative - it’s just a matter of degree). As I’ve heard said: “terrified of the cost of everything and blind to the value of anything”. They viewed strategic reserves solely in terms of cost - didn’t see the value.