Is this the virtual reality headset that will open up VR to a mass audience? Read Peter Zaluzny’s PlayStation VR review.

Tell us your thoughts on virtual reality in the comments below. 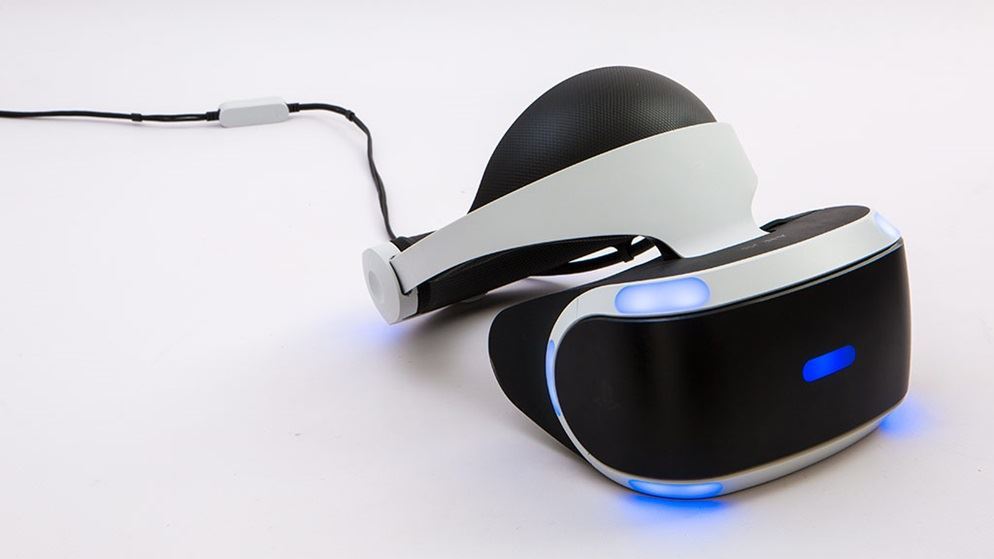 @BrendanMays I have not tried the Play Station VR out or the Vive but about a year ago tried out the Occulist Rift VR system . Being prone to vertigo I lasted 5 minutes and felt very ill and proceeded to vomit before I could remove the head set . Most embarrassing but was assured by the people hosting the VR demo that I was not the only one . I asked my doctor about it and she advised me that it was probably form of motion sickness . My advice if you are buying these VR systems is to try them out in store if possible for more than , we’ll say 10 minutes , before buying . They are known to bring on motion sickness .

Wow, that’s one hell of an experience. Great tip, thanks @vax2000

@BrendanMays The link below is from a very well known "geek " web sight . It concerns the Vive VR system , the most expensive of the readily available out there . It answers very competently the question of usage and motion sickness . 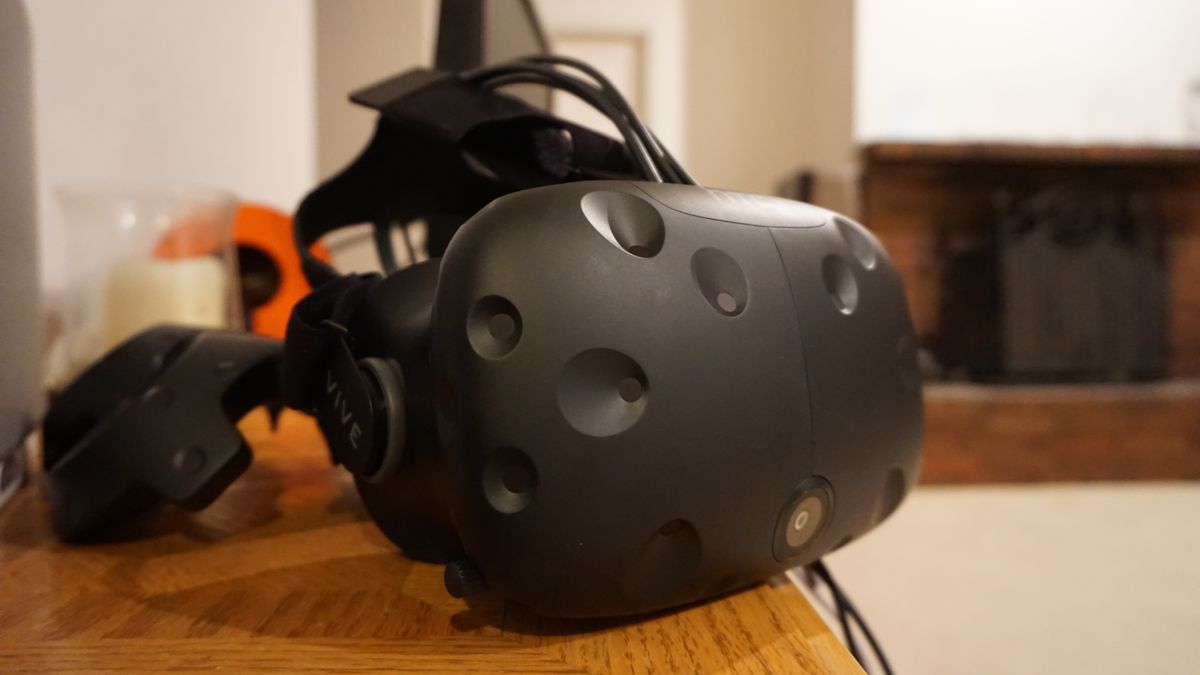 HTC Vive maintains its lead in the VR war

More on combating motion sickness while using Sony Playstation VR . I think the best advice given in this IGN link is to consult your doctor before you try any medication "fixes " . Myself as a heavy gamer VR is a non event . Will not go near it until side effects of it are better understood .

Thought I would post a link to a list IGN compiled from their site users rating the potential of Play Station VR games to cause illness or discomfort .

SuperData the sales projection anylists have down graded the sales of Playstation VR head sets yet again . From 2.6 million units down to 750K . Read link below for their reasons .

VR the biggest loser this holiday?

@BrendanMays Brendan maybe all the hype about VR was a misguided perception of the retailers . It seems the consumer base is not warming to it . Early days though .

Absolutely love VR. Got a PS4Pro just to try out VR. Never had a console before and it was quite a shock to realise the level of ongoing control they have over what is my personal property and the censorship is bizarre???

As to motion sickness; I would advise avoiding games that induce it until you have gotten used to it. I had a little motion sickness with some games. I just limited how much I played them until I got used to it. Which was fairly quickly. There are plenty of games where it’s not a problem. It’s the dislocation when moving in VR while standing still IRL that does it. Some games use teleportation to avoid it and in others you are not moving, or moving within something else which seems to avoid the problem also.

Welcome to the forum @rewrisk . I’m glad you enjoy the VR experience .

Thanks.
I was totally in love with it for the first six months it’s only in the last couple of months that I have regained my equilibrium.

Like all other consoles, handheld devices, computing equipment etc the imbedded operating system software, and any applications, games, programs are licensed products.

Google does it, Microsoft does it, they nearly all do similar things.

An end user usually only owns the license/s. (Permission to use.) The conditions of any license will determine if it is saleable or transferable. The software or content provided under the license remains the property of the licensor, in your example Sony or their game providers. If any of the conditions of license are unacceptable to consumers in Australia you need to return the item/s for refund within the nominated period in the licensing agreement.

The physical console hardware may be your personal property. For any licensed products it depends on the terms and conditions of the license agreement you entered into on purchase.

When a user is tired of their console they may be able to pass it on. The games or applications may not be legally passed on or sold at the same time. License condition dependent.

Nearly all providers include some form of reporting of usage. Often in the guise of providing a better user experience. Sony for one is upfront about what reporting it uses. There are often grumbles about how much this might infringe privacy, or how secure the data is.

It is worth noting that many consider a gold plated standard, the Australian Govt meta data retention requirements on mobile and internet providers. Google and Facebook some suggest know more.

After 6 months of enjoyment with the PS4Pro it would seem any user has learnt to live with the licensed future.

When a user is tired of their console they may be able to pass it on. The games or applications may not be legally passed on or sold at the same time. License condition dependent.

My understanding is that laws in Australia and elsewhere do not allow the prohibition of second-hand sales. (There is a term for it that I cannot currently recall.) This is why you see a large market for second-hand console games.

That is my understanding too. There have been issues with transfer of online/digital content, such as music files, videos and movies when someone dies. One purchases an online licence to be these files (able to watch/listen to tle streamed files) ratter than a buying a copy (such as a CD/DVD.

These online licenses often are not able to be transferred to another person through the execution of a will.

A French court recently found prohibiting the resale of digital content is contrary to European Law.

Secondhand sales of goods or resale of a license?

Do we need to distinguish between

I have one understanding. It may be incomplete or wrong.

The example per the court finding in the EU points out that Steam does not currently facilitate resale of games purchased and downloaded from it’s platform. Hence the court challenge to overturn this. 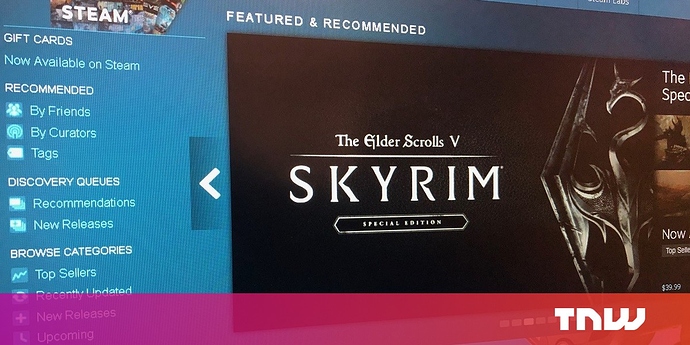 Should you be able to resell digitally purchased games?

Steam was this week hit with a ruling from a French court that penalizes the site for banning the resale of digital games. This could potentially mean Valve’s platform — and others like it — will have to allow users to sell their game codes. So,...

Is Australian currently any different?
Who under Australian law has control over the reselling of a license to a particular software product if the original license conditions prohibit resale?

games or applications may not be legally passed on or sold

Apologies, perhaps I should have made this an open question. I am most familiar with Steam, Sony et al and their draconian approach. Although depending on how you purchase software etc, some is tied to a single device and user, while some versions can be transferred or reinstalled on a different single device as appropriate. Microsoft locks one version of a Windows license or applications to a single device. Others allow multiple installs.

Secondhand sales of goods or resale of a license?

Do we need to distinguish between

It is possible to buy a PC game in a physical box, which registers to your Steam (or Origin, or uPlay, or Battle.net etc.) account and cannot thereafter be sold as it is linked to your account. Blizzard - now Activision Blizzard - has been doing this since before Battle.net with World of Warcraft. Of course, you could sell your account but their terms stated that they had a banhammer waiting.

And of course Microsoft has taken the path of locking purchased software to a specific hardware configuration. I understand that a certain number of changes can be made before your software refuses to admit that it remains registered, but it is (or was, last time I needed to) possible to ring the company to be told how to fix the problem Microsoft created.