Researchers have found evidence of widespread presence of plastics in the human food chain.

Not at all surprising. It’s in the water we drink: 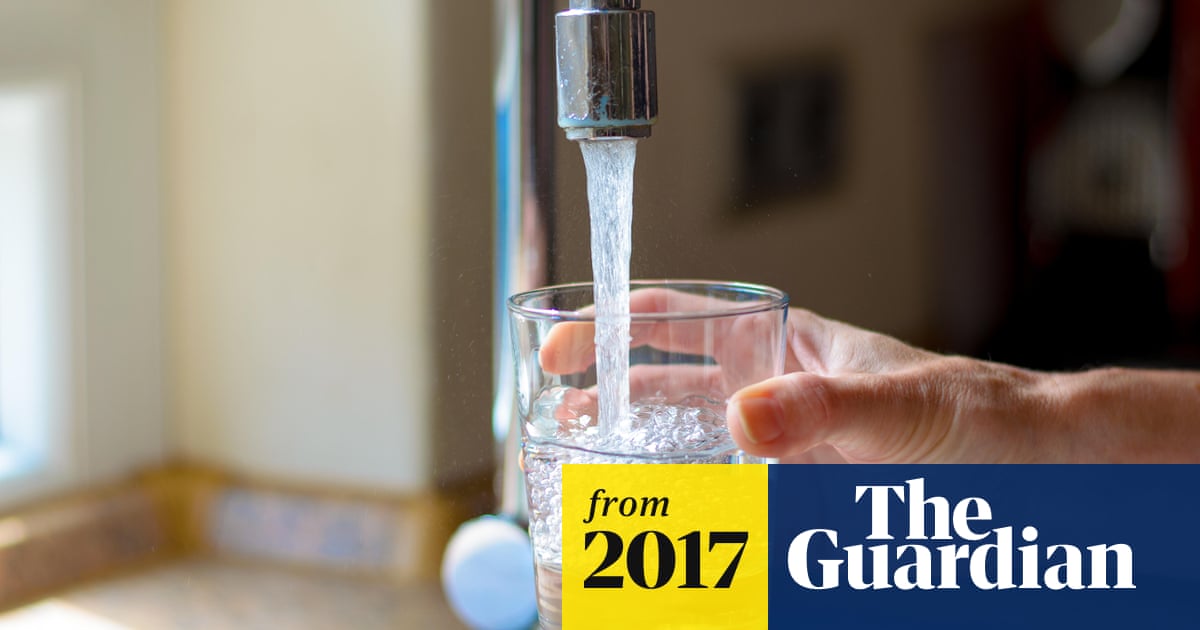 Exclusive: Tests show billions of people globally are drinking water contaminated by plastic particles, with 83% of samples found to be polluted 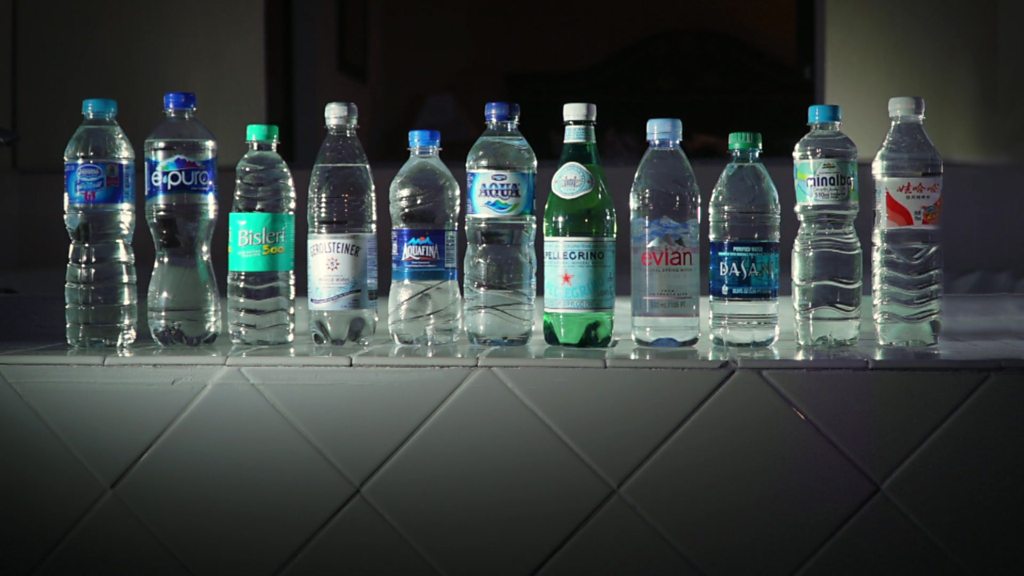 In tests on branded water drinks, nearly all are shown to contain tiny pieces of plastic.


It’s even in the air we breathe:

Microplastics in air: Are we breathing it in?

The annual production of plastic textile fibers has increased by more than 6% per year, reaching 60 million metric tons, about 16% of world plastic pr…

This has been known for sometime and people certainly are carrying plastic in their bodies that has been consumed over their life, indeed carrying it all the way to their death beds. It is a worrying matter as more and more plastic enters the food chains and some of that concern revolves around the ability of some pathogens to “hitch a ride” on the small and microscopic particles…in this the concern is more heightened because of the resistant strains of pathogens that are making colonies on these structures.

Toxic chemicals have also been found to accumulate on plastic particles. We’re probably in for some nasty surprises.

Another article regarding plastics pollution problems. 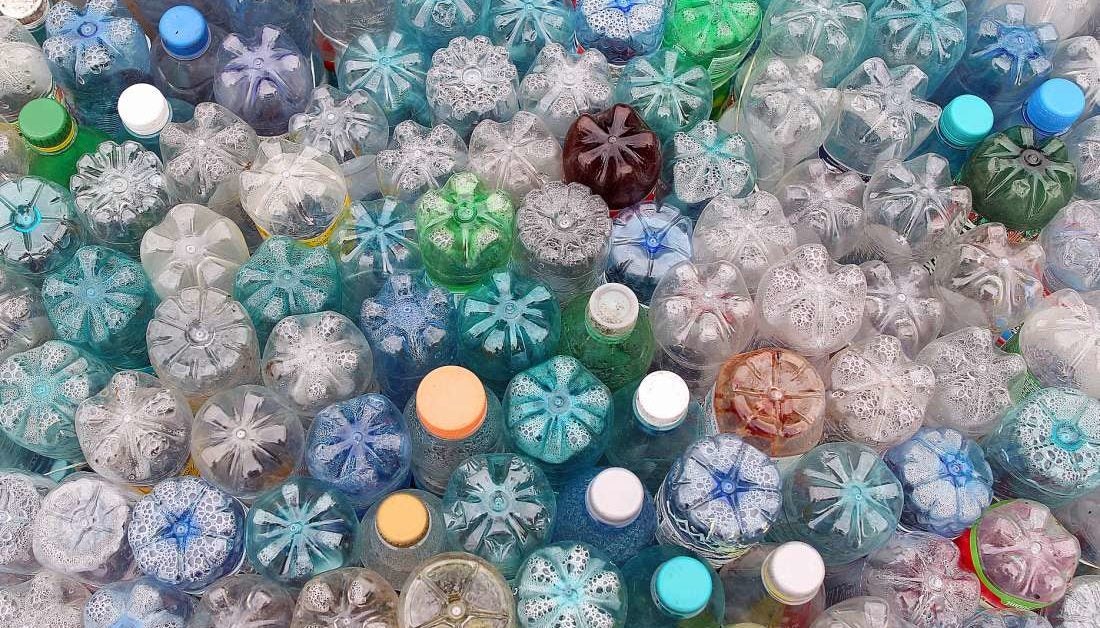 Why you probably have microplastics in your poop

Two new studies find tiny pieces of plastic, or microplastics, in stool and table salt samples from across the globe. What does this mean for our health?

One from National Geographic: 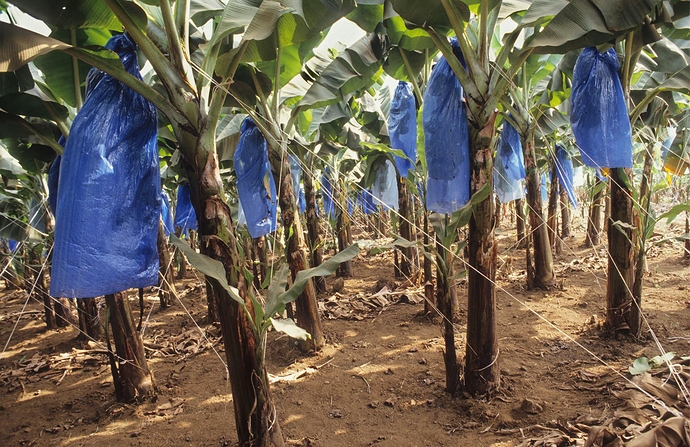 You eat thousands of bits of plastic every year

Though abundant in water, air, and common foods, it’s unclear how it might affect our health.


This is certainly one to watch.

Edit:
A credit card per week.

Would that be our recommended weekly intake? 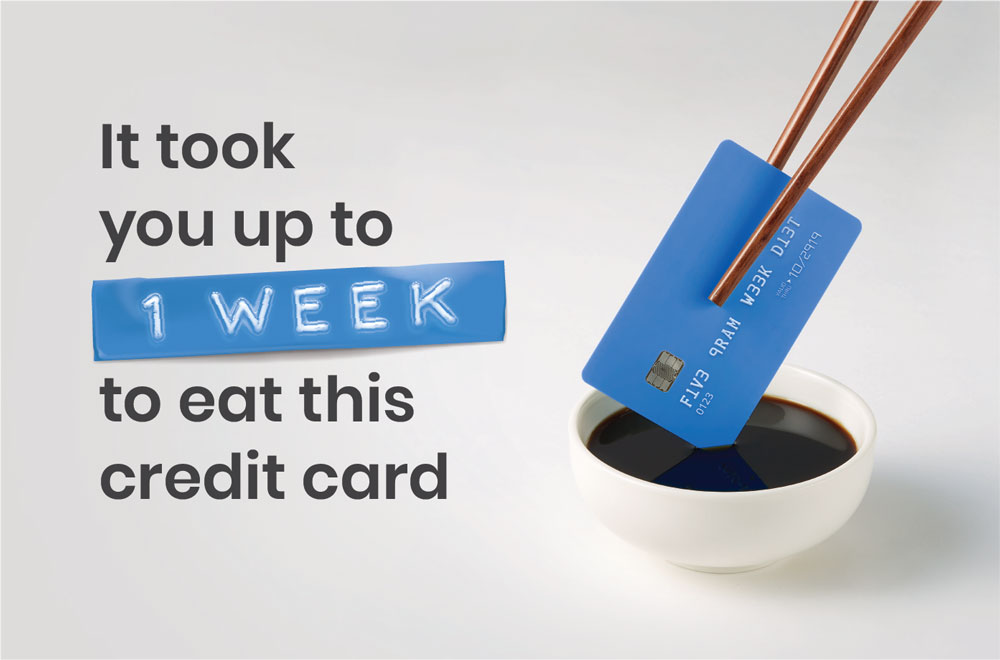 Revealed: plastic ingestion by people could be equating to a credit card a week

A new study finds on average people could be ingesting approximately 5 grams of plastic every week, which is the equivalent weight of a credit card.

It is concerning more and more research is showing the increase in plastics in the food chain (it is probably not unforeseen). While most small plastics are inert as far human as consumption goes, they degrade the value of foods by being a contaminant. In come cases in the food chain (e.g. sea turtles), they compete with food and can result in death through malnutrition or digestive system blockages.

Unfortunately, since plastics break dowrn into smaller and smaller particles over time … until their long chains are ultimately consumed and disappear (in 100s, if not 1000s of years), plastics in the food chain will only get worse before it gets better…even if we stopped using plastic today This is due to all the current fugitive plastic which exists in environment/world today.

The most up-to-date independent review of the research on the health effects of microplastics in our diet (that was a long one *phew! *) shows that there is not yet enough evidence to conclude that microplastics are concerning. As with anything, it’s the dose that makes a toxin. Of course, more research is always a great thing, but at least this doesn’t have to become another one of the many baseless fears that can cripple us with anxiety.

This graphic was shared along with the WHO’s official statement on social media. 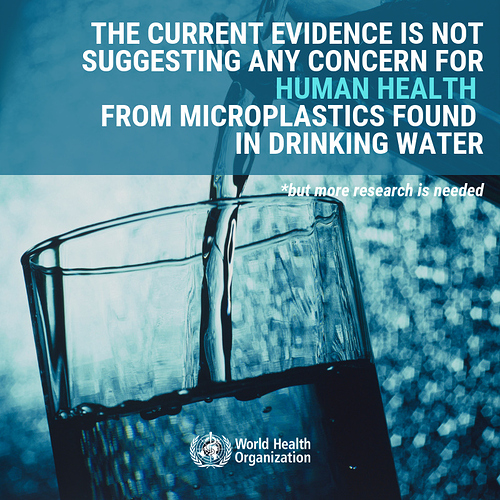 This report was informed by literature reviews undertaken on the occurrence of microplastics in the water cycle, the potential health impacts from microplastic exposure and the removal of microplastics during wastewater and drinking-water treatment.