The ACCC announced today the petrol price apps can save consumers millions. Avoiding the peak of the price cycle is key to saving money.

Do you use petrol price apps? If so let us know your experiences with them below.

I tried a few some months back. Being in outer NE Melbourne I found them to be a waste of time as data varied among apps from being crowd input to company data. Some servos reliably change their prices at 2PM and others at random times in the arvo.

Since my vehicle uses 98 I have learnt to ignore anything Shell because they are adding 20cpl now while Caltex and BP at still at 17 or 18 cpl above 91. Premium is not always included in the apps. Every servo within a 10-20 minute radius (and often further) will have the same prices at the end of most days, although an exception happens now and then where one goes up 20cpl and the others do not follow, but back to business as usual by the next afternoon when they are all the same again.

We do not drive a lot so just watch the trends and don’t let the tank get so low we would have to buy within a week.

I don’t use apps but use the Queensland RACQ website. Find it is more extensive and up to date than one of the apps I have tried in the past. It is independent unlike what I have seen of some apps.

I generally use Petrol Spy but whichever one you use, it is dependent on people updating when they use it. I find that a lot of the info is days old and of no value except giving you a map of the service stations in the particular town you may be in. I have heard that in Western Australia, service stations are forced to publish their prices for each day which has to remain that price for the whole day. Not sure whether it is a site run by the state govt which the public can access. I am sure that this system would give everyone up-to-date prices to keep them honest and ensure we have valuable info at our fingertips.

We too use the RACQ Fair Fuel Price but it is unable to work for PULP 98 or LPG so can be of limited usefulness. We use it mostly to track the trend of prices.

I use Gas Buddy after I saw it recommended in a CHOICE Computer magazine a little while ago. Allows me to filter the petrol I want and can find the petrol prices nearest me or a defined location. Works really well and use it often. The name could do with some work but the app is great.

I just use the NSW gov’t FuelCheck app. I find it about 90% accurate for the Newcastle region, and I suspect it’s just fuel prices being put up at a service station after I check and before I arrive. I still save 15+ cents/litre each fill

I use the myNRMA app. I recently found a servo selling 98RON for less than a neighbour was selling E10 !

These apps are good for metro areas only. I tried, but many of the servos around here weren’t even mentioned, and when they were, the info wasn’t up to date.

Deleted the apps, and just visit the consistently cheapest servo in the area. I believe that if everyone supports the cheaper priced servos, that supports them and gives the turnover they need to keep their prices down.

We use motormouth … but the problem with it is that many, many outlet’s pricings aren’t shown … and to be able to participate in the input, one needs to photograph the priceboard and submit it via smartphone. This capacity is only activated when their system senses that you are physically close to the outlet. Since we do NOT have an internet plan active on our smartphone, we have no way of becoming an active participant in price inputting, despite our willingness to do so!!!

I use the NRMA find fuel app and find it quite good at showing current petrol prices. The app displays all the service stations including the independent service stations. It influences where I buy my petrol. I have not tried the ACCC petrol price app.

I use Petrol Spy and have been very happy with it. In the nothern suburbs of Sydney it was very accurate and usually about 95% up to date.
I am now in the Tweed heads area and while it is not as up to date, it still gives enough info for you to make a good choice of where to buy.
I find the interface works well with the colour of the petrol price box indicating how recent the price is - that makes it really easy to use. It also highlights the cheapest price in red for the current area visible in the map view.
In sydney most prices seemed to be updated every hour so I think they had some arrangement with the petrol stations and weren’t relying solely on customers reporting the prices.

I started using one of the apps that rely on user-feedback and found prices out of date in the Sydney area. I have been using NSW Government app FUEL CHECK and love it - over the last 6 months I have only found one price inaccurate, it is easy to use and saved me heaps!

As you tested in Wodonga, did any of the apps include over-the-border Albury stations in their results? This could be important in places like Coolongata/Tweed Heads and Canberra/Queanbeyan also, where two major centres are close but in different states.

did any of the apps include over-the-border Albury stations in their results?

We use the PetrolSpy web site when travelling and it appears to work seamlessly when crossing the border at the Tweed or Wallangarra.

But did it actually advise stations from the state you were not in?

I’d say it does. It has never been a problem previously. How would you know which side of the border is best?

Safari + iPad or iPhone. I did not install the app for obvious reasons. 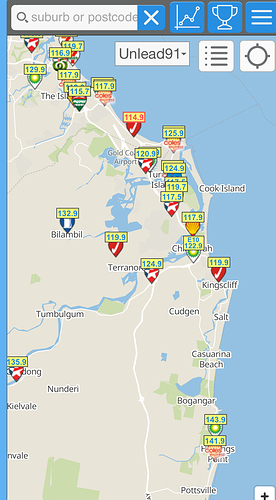 As you tested in Wodonga, did any of the apps include over-the-border Albury stations in their results? 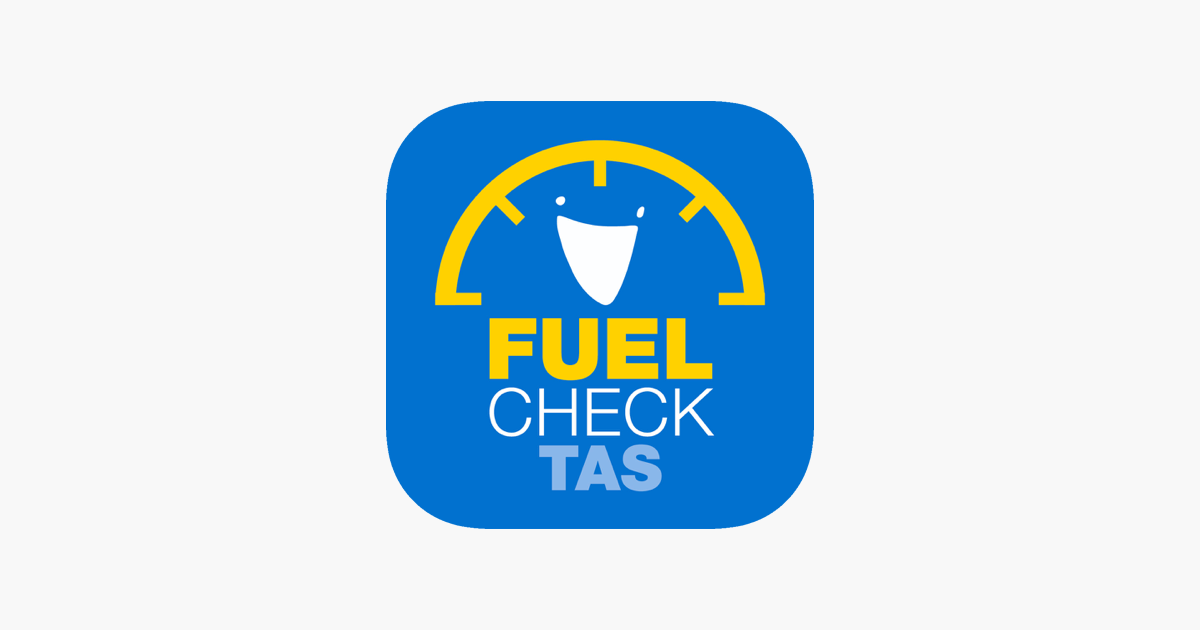 ‎Did you know there can be a difference of 40 cents per litre between the cheapest and most expensive service station? FuelCheck TAS gives you real time fuel price on your fingertips. Over 200 service stations in Tasmania uploading fuel prices in...

Did you know there can be a difference of 40 cents per litre between the cheapest and most expensive service station? FuelCheck gives you real time fuel price on your finger tips. Over 200 service stations in TAS uploading fuel prices in real time. You can find the cheapest fuel near you anytime anywhere. You can personalise the app by adding your favourite stations and addresses. Set up alerts for your favourite station or when price drops under a certain threshold. My trip feature helps you...

If you live in Tasmania, or visiting, it is one worth downloading.

Yeah the NSW Govt app is pretty good too, I haven’t needed to change to anything else. It has an Apple Watch app as well and probably one for Android watches. 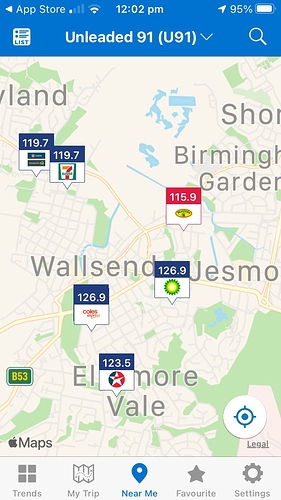