No Free Drinks For This Freeloader

A somewhat amusing article regarding a freeloading “influencer” being give short shift by one of the world’s top 100 bars. 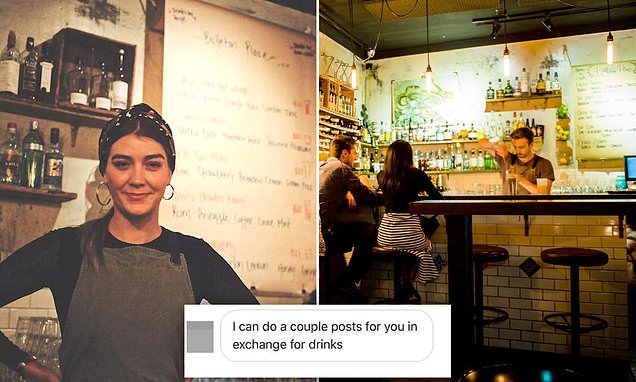 Instagram influencer sulks after bar rejects offer to promote it

An aspiring model and actor contacted Bulletin Place, a cocktail bar in Sydney, telling them he'd love to promote the space in exchange for free drinks.

A lot of these so-called “influencers” are nothing more than freeloading grubs.

A lot of these so-called “influencers” are nothing more than freeloading grubs.

Quite honestly, I shudder when I hear someone described as an “influencer”. money money money. Its all about the holy dollar and it ticks me off something shocking.

Good on Bulletin Place and others who reject the nonsense.

Quite honestly, I shudder when I hear someone described as an “influencer”.

Routinely consumers are offered lists of the most and least trusted occupations in society.

I’ve yet to see one that includes so called ‘influencers’ on the list. With their calls to follow me, I am trusted, I know what’s good for you better than you do, should they also be at the bottom with the politicians?

I suspect such a list would be rare given the advertising and marketing industries value to media enterprise, and the increasing value of influencing to consumer spending. (Cynicism, your call.)

I’m waiting for the App to “rate the rater”. Then I can message the influencer to send money if they want a favourable trust rating.

When we were in Tassie earlier in year one of the accommodation owners said that they were often contacted by ‘influencers’ requesting complementary accommodation…and to allow the influencers to write positive reviews. They said that they accepted a few in the early days, but quickly realised that there is a ‘economy’ out there where individuals think they are entitled to things that others pay for…and use the guise (or ‘blackmail’) of positive reviews of a way to achieve their perceived entitlement.

The reason why they accepted requests of a few influencers as they believed that word of mouth was an invaluable way of promoting the business. They also said that they are reluctant to take on influencers calling their bluff as if their business was know for it views, they may be targeted with a negative review campaign by the influencer economy. They also didn’t say what they do/did to stem the tide, but think it may just be a polite no thanks and outline they are a family business.

The accommodation provider also indicated that it isn’t only influencers, but travel journalists and celebrities which also try it on the freebie bandwagon.

They also made the comment that they believe that the freebie mentality may have been somewhat created by the travel/food review journalists which traditionally had an expectation of having some of their experiences gifted as the costs to the journalist/media organisation could be significant over a year. The journalists disclose that the meal, accommodation and/or travel was paid for or complementary of the restaurant/business/airline/travel provider…and influencer see an opportunity for themselves to ‘profit’ from this precedence.

They also said that they no longer do it as after a couple stayed at their accommodation, they were flooded with requests for others and assume that one a business is know for being generous, very quickly others (influencers) try and take advantage before the door closes.

They also said that there was no discernible benefit from the complementary accommodation provided to the influencers. The benefit only laid with those who think they are influencers.

I have also read and heard many other examples of similar influencer experiences. In some respects it does sound like a bit of a scam or any of these ones…

As they say, ‘nothing is free’ and it would good if influencers were outed as they cost the rest of us in the long term (higher service costs to cover the costs of the freebies).

An absolutely classic put-down by a Sydney restaurant owner of some self-serving twit.

An article regarding another self-serving “influencer” who thought that they were entitled to a free lunch. 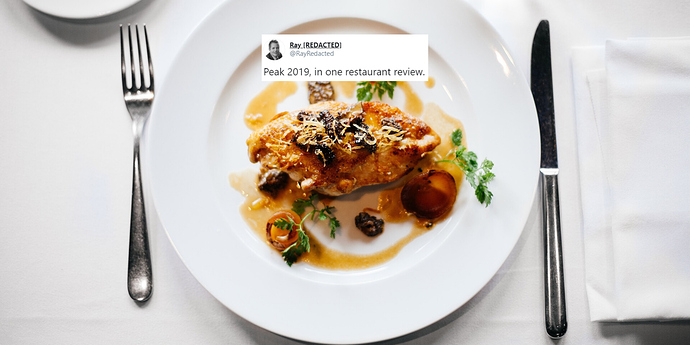 Why do social media “influencers” get a bad rep? While there’s likely a bit of envy at play, it's probably got more to do with the fact that many appear to have come to the decision that every

Oh dear. Apparently Australians do not give influencers the respect and admiration they believe they rightly deserve.

Apparently Australians do not give influencers the respect and admiration

It’s reassuring that this topic calls out the ‘freeloader’.
A far less faltering and more deservedly accurate description of some who seek fame and fortune from the internet.

As for influencers being a respected profession?

Not all professions are respectable.

And another grubby “influencer”.

I detest “influencers”. They dont influence me in the slightest. They are bottom feeders. They need to be expunged from social media. and everywhere else. They generally have far too high an opinion of themselves and really should be ignored. Narcissists all.

They generally have far too high an opinion of themselves

Without arguing the ‘bottom feeder’ status, if not for the ‘intelligentsia’ that follow and enrich them, they would be nowhere. It is society as it is that creates and maintains ‘influencers’. They are just good capitalists (!?!) seeing an opportunity to partake, and are taking advantage of it.

Kim Kardashian, her family, and numerous others of similar ‘talents’ showed the way. A segment of society saluted them and threw money their way. The underlying question is whether it is about them as capitalists grabbing their opportunities, or [enough of] us for creating and sustaining those opportunities?