Is this a free market or a sweetheart deal?

"Hundreds of thousands of trucks could be taken off Sydney’s roads if a container export terminal is built at the Port of Newcastle, according to a report released today.

Key points:
New report projects 750,000 trucks would be taken off road by 2050 if a container terminal at Newcastle is built
The ACCC is alleging the cap on container traffic at the Port of Newcastle is “illegal and anti-competitive”
NSW Ports said they will fight ACCC’s legal proceedings
But a Baird-era deal means the terminal can not be built, according to the ACCC, which launched legal proceedings yesterday to scrap a state government cap on container traffic through the Port of Newcastle.

The report, commissioned by the Port of Newcastle, found a container terminal in Newcastle would take 750,000 trucks off Sydney’s roads and save the state $4.5 billion in freight, pollution and associated infrastructure costs."

So the wheelers and dealers get protection from the State while the people pay for it. When did that ever happen before?

It’s uplifting to consider the opportunities for Newcastle, although it appears the NSW tax payer may be hit hard providing compensation. Any decline in employment opportunities around the reduced demand for the Sydney based terminal can only help to relieve demand pressure on Sydney property. A good outcome.

Is the ACCC a knight in slightly rusted on armour in this instance?

There is a way out? Offer the Newcastle terminal once built to the Port Botany and Port Kembla operators, to charge as they see fit. Status Quo?

Neither of these are a “ free market”, although they are both equally able to, or free to charge what ever they can get away.

There, done without mentioning neoliberalism?

Only the technicalities of competition law have prevented the ACCC from naming the state as a party to a landmark case that instead targets the new owner of Port Botany, 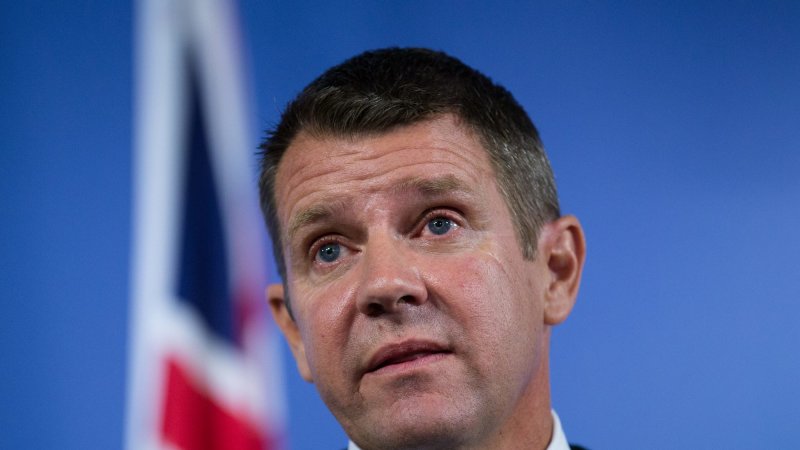 The allegedly 'illegal' privatisation of NSW ports by Mike Baird's government has delivered the 'opposite' of what privatisation is meant to be about, the ACCC says.

“This is not a government, this is NSW Inc,” Mr Daley said.

The report found minutes of two important meetings, when price was discussed, were also missing. 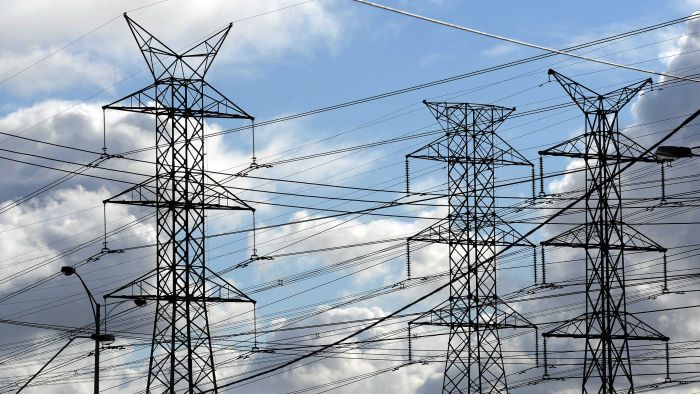 Ausgrid's $16b price tag put under microscope, as NSW Gov stands by...

The auditor-general says the process behind the 2016 sale of Ausgrid meant NSW taxpayers may have missed out on value for money — a deal the NSW Labor Party has labelled secretive and horrible.

What is the core issue with container port operations in NSW, and why is Newcastle the looser for the next 50 years if the ACCC is unsuccessful?

From the ACCC in it’s own words._
The NSW Government privatised Port Botany and Port Kembla in May 2013 and the agreements, known as Port Commitment Deeds, were entered into as part of the privatisation process, for a term of 50 years.

The Botany and Kembla Port Commitment Deeds oblige the State of NSW to compensate the operators of Port Botany and Port Kembla if container traffic at the Port of Newcastle is above a minimal specified cap.

The ACCC alleges that entering into each of the Botany and Kembla Port Commitment Deeds was likely to prevent or hinder the development of a container terminal at the Port of Newcastle, and had the purpose, or was likely to have the effect of, substantially lessening competition.

The ACCC alleges that the reimbursement provision in the Port of Newcastle Deed is an anti-competitive consequence of the Botany and Kembla Port Commitment Deeds, and that it makes the development of a container terminal at Newcastle uneconomic.

“We are taking legal action to remove a barrier to competition in an important market, the supply of port services, which has significant implications for the cost of goods across the economy, not just in New South Wales. The impact of any lessening of competition is ultimately borne by consumers.”

“If a competing container terminal cannot be developed at the Port of Newcastle, NSW Ports will remain the only major supplier of port services for container cargo in NSW for 50 years.”

Nothing more to see here?

Nothing more to see here?

You might need to be a bit clearer on what you think you might be seeing (or not), @mark_m.

As I read it, there was no problem until someone came up with a proposal to build a substantial container-handling operation at Newcastle. Someone did that, so competition legislation kicked in, giving the ACCC something to prosecute. It was always a risk. The only reason the ACCC hasn’t acted before is that they had no case.

The only reason the ACCC hasn’t acted before is that they had no case.

Why did they not have a case before, has something changed since the arrangement (a Deed I think) was made? The ACCC announcement does not hint that there has been any substantive change that has enabled their action. It reads, to me, like it has always been contrary to the CCA in their view but they are belatedly getting around to doing something about it.

As I read it, the trigger was the advent of a proposal to build a substantial facility at Newcastle. It sounds a bit weird, I know, but arguing a case depends on there being a case. As it stood, there was a potential problem, but no case.

It reads, to me, like it has always been contrary to the CCA in their view but they are belatedly getting around to doing something about it.

Yes, perhaps all the ACCC needed to do at the time the agreement for the Port of Botany was prepared was to issue an advice or opinion. It may have been sufficient. Only the ACCC can answer why they did not act originally, or advise how they might have acted at that time.

Hard on the heals of the NSW Govt deal the NT Govt leased out the Port of Darwin no problem at all to a China based enterprise.

the trigger was the advent of a proposal to build a substantial facility at Newcastle.

I suppose that gives them some concrete costings of alternatives to support the case of anti-competitive consequences. I will be following this with interest.

The source report prepared for the Port of Newcastle.

A good bed time read, but unlikely to lead to pleasurable dreams, unless you have an economics assignment due for your studies the next day?

The report makes a strong proposal for the Port of Newcastle Container Expansion.

Observations:
The report uses current data and recent economic history as well as crystal ball gazing to make predictions about the future. This assumes we are all still living and doing business the same way in 32 years time, as we do today. Much has changed in our economy over the past 32 years, since the 1980’s. Although our current federal government also does a similar thing. IE by talking up savings or spending billions, with a little note at the end once the headline is out there, “over the next ten years”, or it is forecast that by …(insert future date several elections into the future).

There is no detailed economic analysis of the short term economic impacts of a third terminal competing with Ports of Botany and Brisbane. Any excess margin for either of these two operators would, if a third terminal was built need to be shared across the same market. IE less to go around. The reduced volumes would likely push the costs up for all three, due to the need to recover the subsequently greater total investment capital costs over the lower volumes.

It would be nice if the ACCC had more oversight powers regarding the sell-off of state (i.e. our) assets. Governments state and federal have for years been flogging off assets or entering into ‘public-private partnerships’ that are great for the private sector but terrible for the consumer.

I’m glad I don’t live in a city that makes me pay (a second and third time) to drive on the roads. I’m not so happy that my Medibank was flogged off for no good reason, or for that matter my Telstra, my Commonwealth Bank, and my airports!

None of these sales has been to the benefit of the average taxpayer except in the extreme short term. They have largely involved cushy deals with existing monied interests, paving the way to effective monopolies and/or loss of market diversity.

The ACCC - or a similar body - should have legislated power to ensure any transfer of public property into the private sector does not hurt the taxpayer in the long run, including the power to direct against contract clauses that block competition.

This assumes we are all still living and doing business the same way in 32 years time,

One of the points made in news reports is that Newcastle can handle larger vessels than either Botany or Kembla. If there’s one evident trend, it’s bigger boats.

international investors had queried why the state government would stand in the way of private investment in the regions. 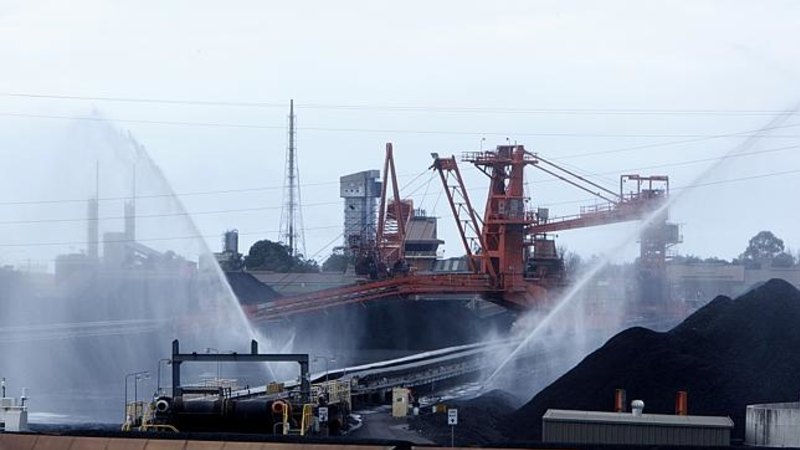 The head of the world’s largest coal port says it must transition away from the fossil fuel before it’s too late, but the NSW government is stopping it.

Newcastle can handle larger vessels than either Botany or Kembla.

Thats because of the harbour deepening project of the late 70s and early 80s. At the time, I was renting a room from a friend near the harbour and we suffered the consequences of that… explosions all times of the day and night, cracked walls and windows… you get the idea. It was just luck that some houses did not fall down.

Thats because of the harbour deepening project of the late 70s and early 80s.

Yes, it was fine to enable larger capacity coal bulk carriers to access the port.

Newcastle Ports is also in a position that following the removal of the BHP works there is all this surplus waterfront to use up.

It would also seem unlikely coal is going to stop flowing to export anytime soon. Although several proposals for further expansion to use some of the available spare berth space failed to get off the ground.

Whether Newcastle increases it’s container capacity or not it would seem unlikely it will cause coal exports to decrease or cease. In the interim proposals adding container capacity would appear to simply create jobs that will overlap coal operations.

It would seem like a cynical exercise in market positioning, offering a vague promise that the value of containers will replace the value of coal. That longer term Newcastle may need an increase in container capacity is a separate question.

Aside the deal done with the long term lease of Port Botany is highly irregular, with the ACCC to decide if it is. Do we want a free market in port construction and operation where any waterway can be used as a commercial port if there is opportunity for private capital, without restriction? Or does government have a role to consider strategically where and when to develop assets.

Perhaps the best point of difference is the ability of expansion at Newcastle to reduce heavy haulage across Sydney. In place it will be added to Newcastle’s limited road infrastructure. Hexham Newcastle, notable for much more than it’s oversized mosquitoes. Just don’t wind the windows down while waiting for the traffic to clear.

Long term lease of Botany? to whom? Some Chinese company already has 99 years on Newcastle (and Darwin too, I believe)