Neglected vegan baby - Is it true?

If this stands as evidence, it should but might not cause some well meaning parents to consider the reality of the human condition, as well as the food chain of all forms of life. Good intentions sometimes prize idealism above reality. 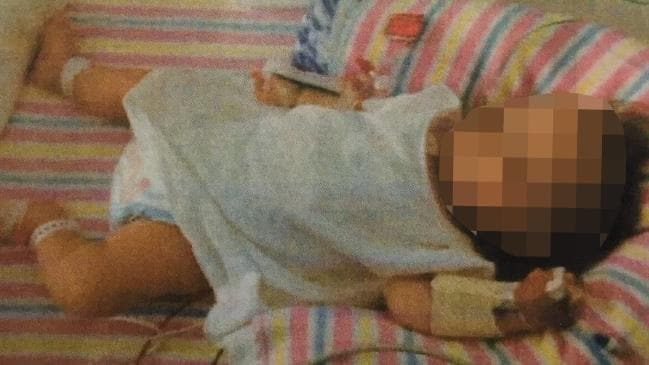 In seven weeks time, we will know the fate of the Sydney parents who neglected their youngest daughter — allowing her to become severely malnourished on a plant-based diet and developing rickets.

Meanwhile, it comes after celebrity chef Pete Evans blasted parents who force their kids to be vegan, after a Sydney couple were sentenced in court last week for neglecting their toddler, who was left severely malnourished due to a strict vegan diet. Speaking out about the incident on social media, the Australian chef said children should not be subjected to the restrictive diet.

“This is so so sad. I will repeat it again and again. Humans are omnivores (please look it up and understand that definition) and we are designed to eat meat in our diet,” Evans wrote on Facebook. “Please use common sense and start by understanding what being human means.”

He continued: “Children should not be on a vegan plant only diet. There is a mainstream push to turn people off all meat or worse encouraging people to eat fake meat products (please read the ingredients) and the repercussions are going to be horrendous.”

Evidence that back in the paleolithic era humans had no concept of irony.

I’ve moved this over to ‘Is it true’ for the purposes of our discussion on the topic. The parents were recently sentenced for this particular case FYI. In cases of child abuse, neglect is the second most common type of maltreatment (there were 11,403 cases of neglect in Australia in 2015-16). Certainly, I’d agree with the @PhilT’s comment that ‘Good intentions sometimes prize idealism above reality.’ However, is it fair and useful to typify these sad cases on a basis of broad attributes (in this case diet) or should we handle the topic differently?

As in any case of health issues, regardless of diet people should ideally seek medical attention rather than letting a situation advance to a severe state.

Surely the term “strict vegan diet” is a tautology ?

“I’m a vegan except where that is inconsistent with my love for meat” ?

An honest question is now many ‘enthusiasts’ understand or are capable of being nutritionists in that context? I proposed most of them just grab the banner and dine with it, not so much thought as to how it might go. After all, cattle seem fine grazing on grasses so how hard can it be?

Surely the term “strict vegan diet” is a tautology ?

Could be vegan Sat-Thr but not Friday?

Could be vegan Sat-Thr but not Friday?

Perhaps they eat seaweed on Fridays?

I think the same question applies to any diet, ideally people should do their research or find qualified advice but this isn’t always the case. In the above article, it’s a case of severe neglect and I think this is a different issue.

it’s a case of severe neglect and I think this is a different issue.

I suggest it is both ignorance of nutrition as well as blind faith it is so easy and nobody knows better than ‘you’. There are similarly deaths resulting from religious beliefs banning transfusions, eyes wide open, ‘God will save my child.’

Nutrition is a science to most of us but will probably forever be a religious experience to others. Halal, Kosher, vegetarian, vegan, ham/pork, touching dogs, fish Fridays? There is evidence all around us that excepting indirect affects on the environment none of it makes a bit of difference beyond one’s religious bent but that does not matter to those so inclined.

What is neglect to most of us, and usually obviously so, can be interpreted in many ways by those who wish to do so, and there is ample evidence of that.

True, and many seem to rely or celebrities/‘influencers’ (yuck I hate that word) for their information. Most of these individuals relied on for information would have cornflakes packet qualifications and may the the worst to rely on for one’s own individuals needs…

Another factor is that every individuals needs are very different and one diet reported by someone may not be the best for another (like a sedentary person consuming a professions sportsperson diet).

Are you implying a 6 or 7 figure $endorsement deal is insufficient to be a real expert?

True, and many seem to rely or celebrities/‘influencers’ (yuck I hate that word) for their information.

This can be quite a serious problem. It works several ways; trusting your guru, accepting the proposition that as everyone has the right to an opinion so all opinions are of equal value, imagining that because you firmly believe something that makes it real. As the title of the thread suggests the problem has maximum risk when the innocent are under the control of a true believer.

Dietary fads are just one example. Please do not think I am saying all dietary decisions are faddish or foolish, some are based on sound science and well thought out ethics. Sadly many are not so well considered. Another obvious example is anti-vaccs attitudes but the list goes on and on through personality politics and into the morass of cult behaviour.

The core of all this is the lack of ability to decide effectively what is good evidence and what is not, combined with the attitude that the lack doesn’t really matter: truth is subjective and whatever you believe could be true tomorrow.

Schools spend too much effort on rote learning aimed at reaching more easily measured benchmarks and not enough on critical and analytical skills which are harder to test. Too few care.

An elected drone tells us that climate change does not raise sea level on coral atolls because they float, or any one a hundred other absurdities that can be disproven with little effort, and it is hardly noticed.

In this context children becoming malnourished, due to poor diet in the midst of plenty, is distressing but may be the least of our worries when much grander failures of decision making, for similar reasons, are imminent.

Yes Pete Evans is a celebrity who wants to stay a celebrity,thats why his comments are generally over the top and just looking for approval and ratings…
He knows little of the vegan way…