Could be a nice little earner 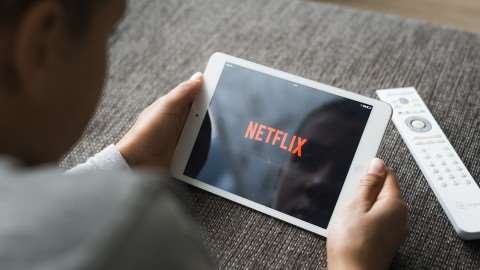 Seems the US FTC proudly abandoning network neutrality has come to our shores fairly quickly because a dollar to be put in a pocket seems the rule these days, increasingly with fewer services need be provided to enable it.

Australian ‘user pays’ models neglect that we pay up front as well as increasingly by use of what we paid for up front, and usually at top dollar.

NBN desperately trying to make up for some of their losses … they’ll have to ‘tax’ VPN traffic as well, among other measures to catch the more tech savvy, and more people will resort to ‘measures’. While it isn’t censorship, John Gilmore’s well known quote still seems applicable …

John Lindsay and Paul Brooks make some good points - and to be fair, NBN have enough trouble delivering to layer 2 efficiently and reliably - imagine the disaster if they start playing at 4 and above?

NBN desperately trying to make up for some of their losses

Have you heard about the announcement of the upcoming ‘customer account keeping fees’ that will be lievied on each connected MAC, that the RSP will pass through to us as a cost of their business with their admin fee added? <- satire today but probably not tomorrow

All of this out of a service that was going to meet the future needs of Australia and all we needed was 25/5 Mbps to do it. Well done the LNP for their most astute vision of the future and the train wreck of a network that MTM NBN was always advised by others it would be…but shone by LNP as a World Class network.

shone by LNP as a World Class network.

Politics being what it is, some people continue to believe that, and others are receptive to the US having cleaner air and water than at any time in history because of who made the claim, neither claim of NBN, cleaner air, or cleaner water being backed by anything resembling a fact or evidence although the counterpoints are.

Such is life, politics, and election outcomes.

Of course this creates an interesting situation for Fixed Wireless NBN customers. Would they also need to pay extra for streaming. I’ve ignored briefly satellite customers as the assumption for them streaming is not an option.

And what if you download off peak to view later, is that also streaming, which is one way to manage bandwidth constraints on FW or Satellite?

With the trend to more online content, and paid viewing, will there be a scream from the public as FTA TV declines. I have suggested on other occasions there is a strong commercial and business opportunity to move to 100% online delivery of all FTA content. This also frees up more spectrum for other future uses. EG more room for 5G, 6G etc and improves the access of AI and Autonomous operation of transport to more communication channels?

The answer lies perhaps with the approx 11% of households in Australia who do not have access to any form of fixed line NBN. Perhaps those who live in the greater rural regions of Australia don’t have time or an interest in watching programmed and movie content. That is not my first hand experience, although many are time poor. There is nothing like Radio Australia on short wave to make you feel you are true blue!

Although that too is now only online or DAB+ or?

There is nothing like Radio Australia on short wave to make you feel you are true blue!

Although that too is now only online or DAB+ or?

That’s just crazy! Who do they think the service is going out to - a bunch of middle-class Europeans?

Choice really needs to jump on the idea of the Australian Internet experience being anything other than based upon net neutrality. (Well, except for terrorists.) (And paedophiles.) (And those dirty pirates.) (And anything about people seeking asylum by boat.) (And…)

@BrendanMays, this is more than some vague idea of net neutrality - it suggests that the ‘full’ (refer previous exceptions) Internet should really only be fully available to those of us who can afford to pay a premium rather than paying the rent bill. It also implies that NBN Co. has more access to its end users’ traffic than it should ever have or need! It’s a consumer and a privacy issue, and regardless of NBN Co. trying to spin it as “the RSPs should decide” it’s an issue for all of us because we are all being forced onto the NBN. This is a monopoly service that is apparently willing to change the rules whenever it desires without any public consultation.

So they really want piracy to succeed, do they?

This is a monopoly service that is apparently willing to change the rules whenever it desires without any public consultation.

It resembles operations of one of our serving governments, and the other side of our serving governments, does it not, possibly not to the degree, or is it beyond the degree? Although there is faux consultation by governments everywhere I have been on both sides of those orchestrated plays and have seen them in action. Government and its alternative might wring their hands and carry on with business as usual criticising their counterparts at the beginning and end of each sentence with the eager voters rolling their eyes and continuing to vote as they have, regardless.

So they really want piracy to succeed, do they?

51 billion reasons, sorry, forgot the dollar sign, they have something else on their mind.

Some might suggest we already know who the real pirates are in this saga.

there is faux consultation by governments everywhere …

Lovely turn of phrase in total.
Have others perhaps considered reading it with a slight Shakespearean tone, (comic or tragic as suits the need), or perhaps a Gilbert and Sullivan operatic meter to bring out the irony disguised in good humour.

I keep hoping for some light relief from reality when the NBN is on topic. A sad tale?

I suggest “As someday it may happen”, from The Mikado:

As someday it may happen that we need more money quick
We’ve got a little list, we’ve got a little list
Of some ways to increase charges on the matters of our pick
We thought them up while pis*ed, we thought them up while pis+ed
There’s a tax on Netflix videos (it’s just a few more dimes)
And a way to increase charges for those peak hour download times
All households that have more than two connections should pay more
We have to raise some money fast, they’re kicking in our door…

Additions welcome. (And yes, I did need to pull out my score just to make sure of the scansion.)

Great, Australians are already getting done over by Netflix for a partial service, the NBN is proving to be a great white elephant (no surprise there) and now we are expected to pay even more for it? Thankfully I’m not on NBN (it has just come to our area, despite being within 5km of the CBD) and the approaches have already started. They all promise slower download speeds (I’m on HFC) and higher prices than I already have… curiously none of them mention upload speeds … Go figure … 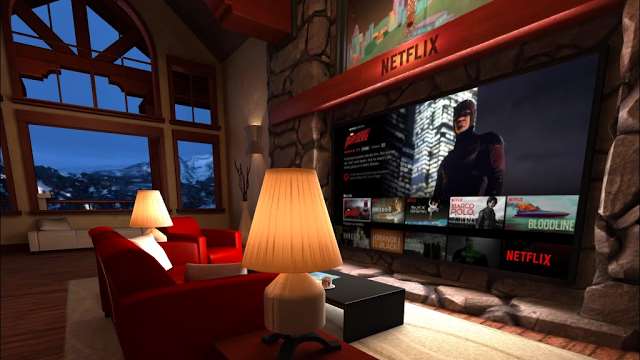 And the network builder isn't answering any more questions.

The natives are restless:

The natives have not been consulted?

The agents of the tribes aka Telstra, Optus etc are the only ones being consulted. The NBN Co keep reminding the natives that mostly they don’t get to talk to the NBN God.

The next question is are Telstra, Optus, etc at this point in time likely and confidentially upset because there is nothing in it for them. Perhaps they are off quietly contemplating how to turn the NBN Co’s proposition to a profit both. Between captive NBN customers and holding the core of the alternative in mobile networks (Vodafone is also a player), it might work out for a win for these big retailers.

How has TPG/iiNet and the other non Telco’s responded?

Edit added
P.S.
‘ACCC Unsure About Netflix Tax’ @draughtrider
Got it!
The NBN Co assesses increased costs due to streaming (the NBN is so good people are using it more than we planned for). Each RSP pays for total volume streamed on each circuit on top of CVC!
This in turn pushes up the costs to retailers who pass that on to all customers fairly and equally. Net neutral?

The public grumbles, and the NBN Co points out that the retailers could offer discounted plans to any customers who do not require streaming services or to those who choose to download only off peak eg at night. Problem belong to the retailers as it is up to each retailer how they construct plans and recover their costs? The tools are there already as per the satellite services on the NBN.

Outcome for the ACCC - nothing to see here!

Hope that is a rubbish guess at the strategy in play!

Outcome for the ACCC - nothing to see here!

The ACCC under current leadership has been adept at dodging political hot potatoes, has it not?

Abrogating the concept of network neutrality is the sacred goal of the Libertarian minded since it is an avenue for revenue and indirectly a method of control through managing a market force, eg prices, not by government mandate. It is ‘business’ not a ‘service’, Right? (<-sarcasm for those who might miss it)

The only thing that gives me hope is that we have yet to elect a government as enthusiastic about destroying all public services and oversight as have the Americans, and perhaps they are having second thoughts although it will probably be close to 50:50 in 2020 as has become a global norm between the persuasions…

There is a Change.org petition on the Netflix tax if anyone is interested in looking at it or signing it. While I don’t think it will make much difference, I at least signed it in the hope it may. 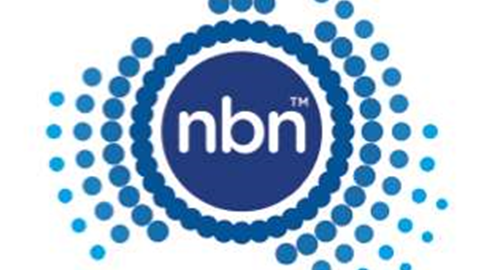 Signed, even though I detest change.org because now they get to spam me with every damned thing.

While I don’t think it will make much difference, I at least signed it in the hope it may.

Meanwhile, Paul Budde has his say:

While the network neutrality debate mainly applies in the U.S., it recently flared up in Australia when NBN Co discussed separate pricing regimes for video-based infrastructure. Net neutrality is breached when telecommunication companies provide a...


and as reported in the media: 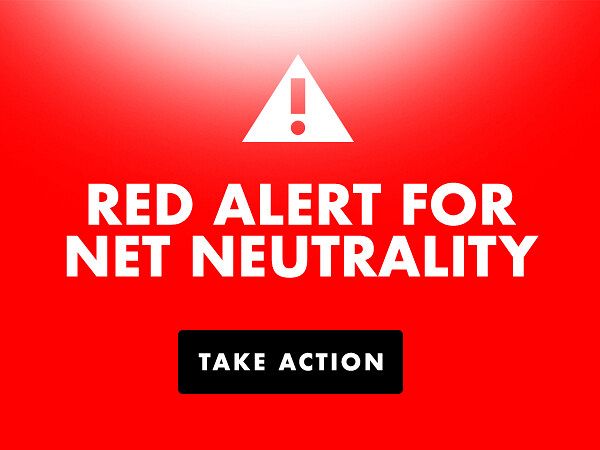 The network neutrality debate recently flared up in Australia when the NBN Co discussed separate pricing regimes for video-based infrastructure.