A native bird with a taste for the sugary sap on the back of insects, and a particular talent in "farming" them, could be indirectly causing the destruction of millions of hectares of forest.

I was very surprised that any native species in Australia would cause serious damage to the enviroment until I read the part about the lantana.

So the bottom line appears to be that the introduced, highly invasive, poisonous lantana is the real problem, and failure to control it is the crux of the matter. 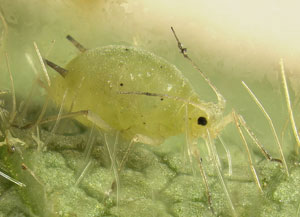 Aphid basics, and an introduction to aphid predators which can help deal with aphids the natural way and avoid the need for chemicals

to harvest the honeydew the aphids produce. These aphids can very destructive to growing tips of plants and can impact on yields of commercial crops.

Humans are not the only ones who have learnt to farm the environment.

And some more examples of animal farmers… 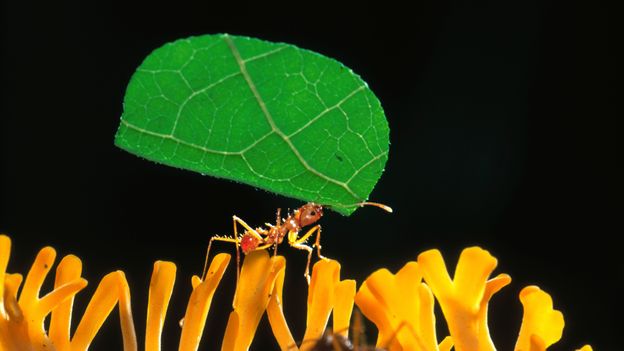 Amazing animal farmers that grow their own food

And some more examples of animal farmers

Usually the bell miners farming of psyllids would be in balance with regeneration of flooded gums, blue gums, ironbarks, red gums and grey gums. An older tree dies and is replaced by a seedling.

It appears that the loss of canopy allows lantana to flourish preventing natural succession of the species. As more areas succumb to lantana, there is less trees and the concentration of birds increases (same number if birds, less trees), it accelerates the problem.

I suspect an option which may be pursued will be bird control…but this doesn’t solve the underlying problem.

If lantana and understorey weeds were effectively controlled, then the succession could occur and hopefully return to a balance.

In many areas the control of lantana has ceased and it has been classed as being naturalised.

On a side note, I once worked with a fellow who thought lantana smelt like Heineken beer. I said he hasd drunk too many, but he was deadly serious. I find no similarities between the two but shows the notes detected by one nose is different to the next.

If lantana and understorey weeds were effectively controlled,

All the regional and remote Councils will get right on it and there will be more than one person covering an area the size of countries and on top of that there will be resources given to altering attitudes that weeds are SEP. Right on. Hallelujah

In many areas the control of lantana has ceased and it has been classed as being naturalised.

I am sure that lantana used to be a declared pest in Qld along with tobacco bush, which I missed in my first post, and which almost wiped out the dairy industry in FNQ many decades ago, and that land holders were legally required to eradicate it.

Destroying a native bird is not the answer, but destroying lantana is.

When we had our previous residence built, the Council Reserve uphill behind us was overgrown with latana and guava trees.

I eradicated the lantana by spraying the bushes with glyphosate and grubbing the stump,s and it had not returned when we sold the property almost 18 years later.

I am sure that lantana used to be a declared pest in Qld along with tobacco bush,

Lantana is a declared category 3 restricted invasive plant in Qld. NSW shares the same problem. Invasive plants including vines, lantana and other dense under story weeds all provide an improved environment for the Bell Miner. The weeds also smother the opportunities for natural forest regeneration.

Destroying a native bird is not the answer, but destroying lantana is.

The bird is not the root cause of the problem, hence bird control is more of a band aid than a cure. It needs more than control of lantana to ensure a sustainable native forest ecosystem.

on top of that there will be resources given to altering attitudes that weeds are SEP. Right on. Hallelujah

SEP, the long version thanks to the Dept of Agriculture Water and Environment, (in that order).

In simple speak, it’s everyone’s problem. Except perhaps those responsible for introducing (or allowing) the plant into Australia in the first place.

The concerns over die back and the Bell miner are one more symptom drawing attention to the condition of our remaining native forests.

Note:
Many of the more urban LGA’s have programs for improving native vegetation and wildlife opportunities. These include various community groups. The majority of Australia’s native forests fall under State Govt ownership.

Throughout these comments are several references to Bell Mynahs. There is no such bird. I am constantly alarmed by the general misunderstanding of the difference between MINER birds and MYNAH birds.
MINERS are native honeyeaters. MYNAHS are introduced (and therefore feral) omnivores, feeding mainly on insects, small animals, grain and fruit.
MINERS live in flocks. MYNAHS are mostly solitary.
A couple of years ago our local council set up a scheme to cull MYNAHS by providing traps which could be returned so the birds could be humanely euthanased. However it had to be abandoned because people were bringing in too many MINERS.

Apologies, thanks for the reminder, re muddled spelling. I’ve edited (although @phb following has the full story). To clarify it’s the common name Bell miner or Australian bellbird that is associated with the dieback of eucalyptus trees.

Yes, there are three birds that might create confusion.

There are some useful colour pics of all three on the Wikipedia links. No need to Google.

The Indian myna is not just a highly invasive pest in Australia. Why do we have these pest species in Australia? Back in pre federation days under colonial rule… it seemed like a great idea!

Throughout these comments are several references to Bell Mynahs. There is no such bird

It is always a problem using common names for plants and animals, as often a plant or animal can have more than one common name.

Bell myna or bell mynah/minah is one example. It is also known as bell bird and bell minor. While use of all common names are correct, any use should include reference to its scientific name Manorina melanophrys to ensure the name is not confused with another species. Noting that some common names apply to more than one species.

Its common name has also changed over time. This website sums up the different common names and it’s change over time…

However it had to be abandoned because people were bringing in too many MINERS.

What were they using for bait.

After I caught and disposed of 4 of them, the rest seem to have got the message as we have had no problems since.

Our local ants are just as keen to farm aphids on suitable native plants. I find them more often on isolated plants or in areas where the natural vegetation is damaged or under stress.

Some useful strategies for control include encouraging natural predators and …

(Edit note added)
Aphids are related to but different from the Psyllids (lerps) which the Manorina melanophrys (Bell miner, Australian bellbird) cultivates on selected gum trees.

Psyllids, along with aphids, scale insects and whiteflies, belong to the Order Hemiptera, suborder Sternorrhyncha.

I only found out after I posted this topic that the bird in question is the fantastic bellbird which we have never seen but have heard in regional NSW.

On the two occassions that we stayed overnight at the “OTE” in Eden in 2011 and 2014, we awoke to hear an amazing chorus from the nearby forest from what we immediately believed must have been bellbirds.

On another occassion whilst driving back to Broadwater, we travelled down a small range road through a forest late in the afternoon and we could clearly hear the bellbirds even with the windows wound up and the aircon and music on.

It appears that the rest of the “OTE” sign must have fallen down since then. 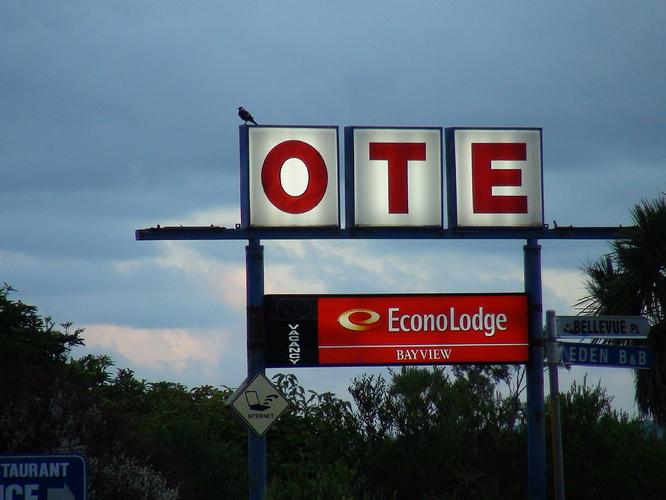 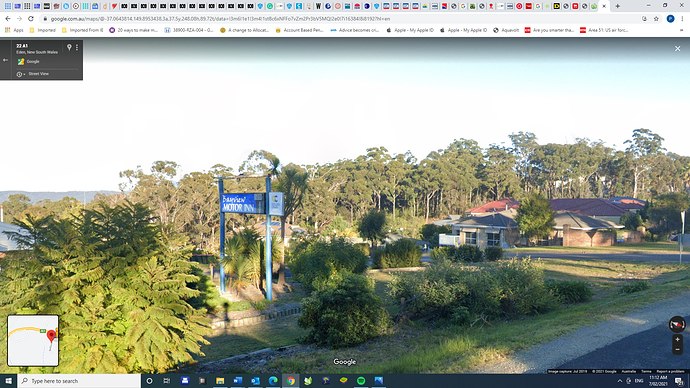 I use a handful of baking soda to a 10l watering can. Aphids have a soft shell unlike many insects & the baking soda dries them out. Quite effective.