How to save at the cinema

Cinema prices got you down? Here’s a few ways to save:

If you have a tip, please share it below. 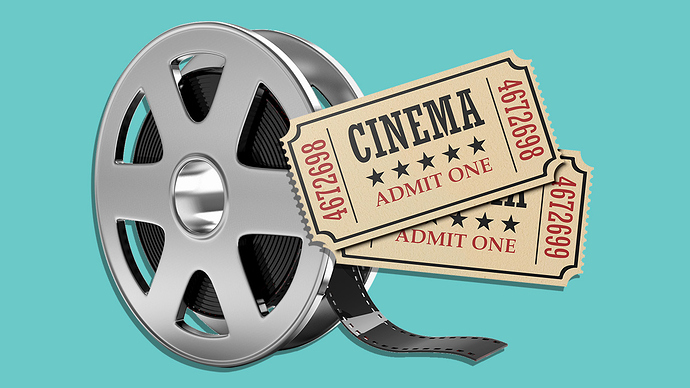 How to save at the cinema - CHOICE

Are you being charged too much at the box office? CHOICE shows you how to get the most out of your money on your next trip to the movies.

When I was a kid, a ticket in Cairns was 2.5 shillings whilst in Townsville it was only 1.5 shillings.

When I was a teenager, my mates and I would go to the “wharfies” at the Waterside Workers Hall with a movie on Sunday nights for just one bob.

Apart from what was stated, what we do:

It’s a 70km round trip to the cinema, we go somewhat less than once per year to see a movie.

May I suggest you use your (free, i.e. taxpayer funded) local Public Library to source the DVDs of films you would like to watch? The advantages being: you can watch ad-free, and any time of the day/night which suits you (albeit you normally only have a 1-2 week window, depending on your library, before return is required). Most films are available on DVD long before they make it (if at all!) to free-to-air television…

Sorry Gordon - I meant to address the above post directly to you.

Thanks, I’ll have a look next time I’m near the library, although from the few ads I see of new movie releases, I can’t say many of them create any urge to rush out and see them.

With cinemas opening soon I would suggest it is timely for the cinemas to rethink their business model.

Maybe similar to the streaming services they could introduce a flat fee for “all you can eat” access. There may possibly need to be some restrictions on popular times like Friday and Saturday nights.

Sounds like a good idea.
Consider for the industry the business model is not the sole prerogative of the cinema chain operator.

The movie houses (Sony, Disney etc) and the distributors set the terms and conditions for each release. One take which is US centric provides some background.

When you buy a movie ticket, where does that money go?

How your box office bucks break down

What happens in Australia may just add a few layers. A percentage of the box office goes back to actors and the original producers. It would seem very difficult to apply the traditional calculations.

If I visit the movies 10 times in a year for my $100 ticket is it divided equally across ten films. Some might be low rent productions and others bog block busters. What if in the year I see 20? That cuts the take to go back per film by half.

Is reality that when a movie has a bad wrap, are patrons any more likely to turn up if the ticket is discounted to half price, or will they choose to save for one worth the effort?

It could be seen to be favouring the income of bad movies or less popular over successful movies. Less return for a great movie, and there will be less of them, but more of the trash?

$10 movie tickets? The usual ticket price is around $22 . For $22 I can get streaming services Netflix and Stan and a bar of chocolate, and I can watch as much as I like. That also is for the whole household not just one person.

For me I only go only a few times a year, sometimes not at alll. The cost for them to air a movie is the same if there is one person or 100. They also might sell a lot more drinks and snacks which have a huge profit margin.

Regarding the $10 tickets I did find that the cinemas are dropping there prices till the end of the year (with some restrictions). Then its probably back to the exorbitant prices.
https://www.groupon.com.au/deals/hoyts-237?keyw=hoyts&crea=&netw=s&adpos=&utm_campaign=AU_DT_SEA_BNG_TXT_TTT_SR_CBP_CH1_NBR_khoyts_me_c*_dAU-RTC-KWService-National_gRTC-KWService-hoyts-237-EXACT_s243_tkwd-74973164729109:loc-9&utm_source=Bing&utm_medium=cpc&loc_physical_ms=9&loc_interest_ms=&template=&z=skip&msclkid=aa033f00b11c1fc935c561e55499e564

I don’t go very often, less than annually, but when I do its with a voucher from the Entertainment book, though I notice this year, Hoyts cinemas arent in there.