How do you use packet soup mixes?

Chances are, if you grew up in Australia in the 1970s to 1990s, you’re very familiar with that great Australian culinary marvel: French onion dip made from packet soup mix. Those really were the days!

While it’s not the peak of culinary excellence, packet soups can provide a good flavour base for quick meals, providing an extra umami kick in a convenient foil pouch. Think apricot chicken, potato bake, casserole, cob loaf… (Is this making anyone else feel hungry and/or nostalgic?)

So tell us: what’s your favourite way to use packet soup mixes?

Simple. Miso soup is a no brainer in winter.

Flavouring for stews that for some reason lack that zing.

As a Winter warmer - Boil one pkt with 4 litres of water (directions are 1.5 litres - but that’s too salty for me) - drink like a mug of tea.

I used to do Apricot Chicken - roasting a frozen chook with a can of apricot halves sprinkled with French Onion Soup and thought it was the height of sophistication. How things have changed since the 1970’s.

My Mum’s savoury mince recipe was just 500g mince and 1 pkt Chicken Noodle Soup mix. I still have fond memories and occasionally make it myself.

I have made Apricot Chicken (in the microwave) with chicken pieces, tin of apricots and 1 pkt French Onion soup mix,

Packet soup mixes? hmmm, I guess my favourite thing to do with them is walk past them in the supermarket

The only soups I make are with dried beans, grains, lentils etc and vegetables, preferably home grown, like these (below) I picked an hour ago, and sometimes my wife makes a delicious pumpkin soup that includes home grown rainbow trout. We currently have heaps of it in the freezer, since it is made in big batches. 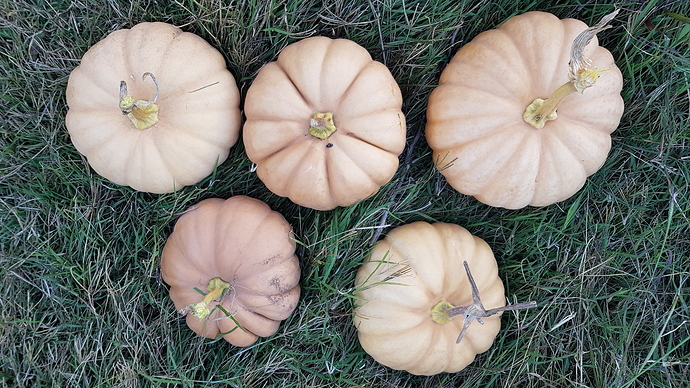 We are usually the same… however since moving to Tassie we tend to have more casserole type dishes. About a month ago to make a quick casserole we bought a packet of store brand french onion soup (from memory $0.49) and used it as the basis for a casserole to save time.

Would we do it again, maybe but unlikely to be a regular occurrence as we prefer fresh ingredients rather than salty over-processed ones. Processed foods we try and avoid, unless there is no alternative.

what’s your favourite way to use packet soup mixes?

Often, in the middle of winter, I get the feeling I should make some nice hot soup from a packet of soup mix.

It’s usually when the stand with all the soup packets is placed right in the middle of the aisle and I nearly stumble on it.

But I always mix it with vegetable soup,
home made and cooked separately, and then all gets puréed together, making a creamy, warming, big bowl of soup.

I recently found a long since expired pack of French onion soup mix in the back of the pantry and decided to revisit the old Apricot Chicken. Coat chicken thighs in seasoned flour, put into baking dish or casserole, sprinkle with the soup mix straight from the pack and pour over a can of apricot nectar. Cover and bake 45min -1hr in a medium oven.
So simple and surprisingly savoury, and I have since made it again. Would be easy to fancy it up with more vegetables or apricots, flaked almonds etc.

The closest I get to packet soups are those OXO soup cubes which I sometimes use to make a bland hot drink when feeling a bit unwell. There’s too many additives in the usual suspects and I have not bought any for at least 2 decades.

we tend to have a few of the Continetal Cup a Soups in the pantry. Pepper steak and mushroom is a favourite, as well as spanish tomato. We make phenomenal soups from scratch, but sometimes its just quick and easy to bung it in the cup with boiling water and chuck a toastie in the sandwich press.

French Onion Soup mix was the family “secret ingredient” when I was growing up… it went in everything just about.
Guess what is banned from my house as an adult…

(And don’t even get me started on that abomination known as Apricot Chicken!!!)

I don’t think that comes as a packet soup mix.

Chicken seems such a versatile option.
The benefit of the packet soup mixes is they bring flavour and salt content.

The down side can be a lack of sweetness (balance).
I have a tendency to add brown sugar or honey or even sultanas in small quantities as needed. It’s surprising how many tinned soups and sauces have both added salt and sugars.

(Is apricot chicken just a cheep short cut instead of duck l’orange?)

(Is miso in a packet a soup base or a beverage?)

Haven’t bought one for years. Surely there is barely anything natural in them and too much salt? Used to make the dip and the chicken. I still occasionally make apricot chicken but from scratch.

We hardly use them at all. We have a vegetable garden, and we use dried packets of pulse as well.

Eg. I have about thirty garlic cloves, recently planted and just starting to green up, in the most Westerly bed, of 11 square Bunnings beds. We still buy vegetables when wen have to, but not often.

There are four tomato plants hanging upside down along the Nth facing edge of the large L-shaped shaded, roofed and guttered deck, which covers 60% of the Nth facing deck. They are starting to produce orange to red tomatoes. ? a bad growing season thanks to the smoke from the fires in NSW and ACT. We did NOT get tomatoes by Xmas.

We bought this mid70s Jennings house (14.9 sq 17sq roof) in 1980/1? on the Nth side of a cul-de-sac. Having read ‘Energy Efficient Housing Australia’, and compared bills with neighbours, I now know more certainly what a good buy it was.

There is another downside to dry soup packets. ? Salt.

The back garden is big enough despite the block neinga

I don’t think that comes as a packet soup mix

Heaven forbid if it did.
It was another one of the “recipes” my family put the old French Onion in… Cottage Pie, Apricot Chicken, “Potato Bake”, savoury mince, many of mum’s bizarre crock pot creations (chuck some kind of meat, some vegetables, a bit of tomato paste, some water and a packet of FOS in), sometimes in the gravy, in the mashed potato… and goodness knows what else I wasn’t aware of…

Yum! Except I’d do the chicken without the apricots.
They are more likely to be all consumed just as samples while preparing the chicken.

As home cooks and even in the pub bistros, cafes and restaurants we seem to have come a long way. Apparently the culinary skills of the baby boomers were not so great? As judged by our three now grown up children, who have so many more options for ingredients, cooking accessories, and inspiration.

It might be going off topic, briefly.
The cook books of Amy Schauer and her sister represent good home cooking. Calories with nutrition (for that time). All done within the limitations of the early 20th century kitchen and produce. Even then they used jelly crystals, custard powder, curry powder, black sauce and … Ingredients no professional MasterChef contestant would ever dream of using.

In the later half of the 20th century the modern kitchen seemed to be more about making cooking easier, less drudge, more play. Convenience came with the products on the new fangled supermarket shelves. Can we blame The Australian Women’s Weekly Cookbooks for following the theme. Crock pots and fondue sets included.

We now have an excuse for packet soup - convenience marketing. There is less logic as to why the internet readily lists The AWW Cookbooks complete with their versions of Apricot Chicken in the ten best of all time. Amy Schauer is nowhere to be seen. You need to search by name.

Haven’t used them for over 20 years. Home made soups don’t take all that long to make with fresh vegetables, grains, stock etc and they have so much more flavour and so much less salt. Providing there’s no cream in them they can be frozen.

Packet soup mixes? hmmm, I guess my favourite thing to do with them is walk past them in the supermarket

My partner sums it up very simply. “It is not food”. She doesn’t say it with a smile either, its almost end of relationship stuff and thankfully we agree so it isn’t an issue.

The more open minded (and colourful language immune) may want to search YouTube for “Nat’s what I reckon” “sin bin soup”. He has some very funny other examples of crap packet food choices that can easily be made at home. I see a foodies challenge in the making !!! I know a few people who have followed his recipes and loved them …

Miso soup as base is my only packet soupas Fred does , just add greens tofu sprouts and more or like Gordon just soak any dry legumes, pressure cook with vegs and wow, just so tasty for winter.

I hadn’t considered miso soup as I was really focused on the packets at the local supermarket, but I have used the ‘instant’ type in the past, and some are amazingly good.

But only the type that includes the miso paste in a foil tube, and all of the other dehydrated ingredients in a separate pouch. The type that has the miso deydrated too is pretty awful.

the packets at the local supermarket

I buy this one at Coles, preferably when it is on specail.