From the original paper which is here.

The study ascertained six fraudulent practices based on the
internationally recognised broad types of fraud: adulteration,
concealment, counterfeiting, dilution, mislabelling and
substitution. The scope of analysis and quantification included
not only dominant agricultural products but also fisheries,
seafood products and wood products. Among those products,
beef and veal; wine; and fish, crustaceans and molluscs were
identified as having the highest vulnerability to product fraud.

Drivers of product fraud included shortages or constraint
of supply in raw ingredients, supply chain complexities,
technology (e.g. the use of online trading platforms, which are
poorly regulated) and weak penalties. Detection of product
fraud has focused on scientific analyses to detect and test the
authenticity of products, and broader mitigation strategies such
as traceability systems, vulnerability assessment tools and
intelligence gathering.

A scan of Australian testing capacity revealed that most testing
laboratories are focused on compliance and standards testing
as required by regulatory and quarantine authorities. Thus, they
have the capacity to test for chemicals (e.g. metals, pesticides,
chemical residues) and biological parameters (e.g. proteins,
fats, allergens) but do not have the capacity to undertake
> more sophisticated analytical chemical and genetic testing
> required for product authentication.

In another thread we discussed the purity of honey at some length after the Capilano problem but years have gone by and we still have no testing system that will reliably detect sugar substitution in honey.

Spending money to verify what we eat is clearly not a priority.

It appears that the article may be a splice of various articles from around the world. The reason I make this statement is:

‘Except the beef you bought is made of donkey or buffalo’

in the original SMH article doesn’t apply to Australia. There isn’t a commercial industry for donkey or buffalo in Australia. For buffalo, this if available, commands a significant price over beef and often limited to expensive restaurants or specialist (expensive) butchers. In Australia, possibly ‘Except the buffalo you bought is made beef’ may be more apt.

It also notes that the extend in Australia is unknown and it appears the extent of the problem ($3B per year) is a guestimate and could be an over estimate if based on what happens in other countries. Food substitution is rampant in many countries where the profitability for a substitution or ability to sell based on the reputation of a product (or country like Australia or NZ) exists.

I have seen abuse for things like organic labelling, especially at local fruit and vege/farmers markets and independent retailers. I have asked for proof of that products are certified, only with being told that they weren’t certified but were grown without pesticides. I have lost faith in trusting the words of others, and believing what someone says to make a dollar isn’t enough proof to know that something be sold is exactly what it is.

At least if one buys from a known supply chain, from that labelled with certification etc, it is more likely to be the ridgy didge product than hand written labels often at markets, stalls and small independent retailers. Known supply chains also have testing regimes in place (e.g. organic) and ability to track products which didn’t comply with the labels at the point of sale.

It appears that the article may be a splice of various articles from around the world.

The article is derived from a single local paper that has international scope. It is a “desktop” review of published data not a physical survey with its own testing program. So it is a starting point to attack the problem not a polished and complete solution. It is sponsored by AgriFutures Australia a commonwealth agency.

It also notes that the extend in Australia is unknown and it appears the extent of the problem ($3B per year) is a guestimate and could be an over estimate if based on what happens in other countries.

The assessment of Oz is broken down by class of product but I cannot find how they arrived at the estimate. We might expect the estimate is a bit rubbery as one of the main conclusions is that there is not enough testing done to reveal the real nature of what is going on.

Not surprisingly a major recommendation is creation of a body to work on the problem and more rigorous and widespread testing.

We might expect the estimate is a bit rubbery

the report describes the scale and nature of this problem in Australia as “largely unknown”.

If it is largely unknown, then it would be impossible to estimate the financial impact. Any allegations will be hypotheticals rather than based on substance/facts. It appears that it may be assumed that since it occurs internationally, it may occur in Australia.

Not surprisingly a major recommendation is creation of a body to work on the problem and more rigorous and widespread testing.

And I wonder who benefits from this. Unless it is proven/evidenced there is a widespread problem in Australia, it may have little benefit other than another layer of bureaucracy to burden the industry and increase costs to the consumer.

A bigger threat, as I alluded to earlier, is fraudulent activity in other countries using Australia and its brands good name in profiteering substitution rackets.

And I wonder who benefits from this. Unless it is proven/evidenced there is a widespread problem in Australia, it may have have little benefit other than another layer of bureaucracy to burden the industry and increase costs to the consumer.

How do you prove it one way or the other without testing? The choice is to look into it and find out or to continue to assume there is no problem. As with the subset problem of the purity of honey I believe the public have a right to know and some public money should be spent to find out. So the public benefit both ways. If there is no problem we are assured that paying top dollar for Wagyu you get Wagyu or if there is a problem action can be taken.

I see no need to have unnecessary bureaucracy. If some testing was done and showed there was no problem I would be very happy to scale it right back to a small sampling mode to detect if the problem develops in future. On the other hand it is possible the cost to industry and the consumer is far greater than the cost of testing.

We can continue to debate how many angels can dance on the head of pin or we can actually count them and find out.

How do you prove it one way or the other without testing?

This is the standard response by conspiracists, pseudoscientists or anti-XYZ groups. Testing is done when there is a concern. Because there hasn’t been much testing in Australia (which has been limited number of products where allegations were made), it doesn’t mean that the problem is rife in Australia.

If we have to test everything just in case it is a fraudulent product, then in effect everything we buy should be regularly tested by independent authorities…from foods, cosmetics, medicines, spare parts, electronics and the list goes on. Testing for the sake of testing to see if there is an unreported problem will…

The systems in place to carry out regular testing and reporting will be significant and be will administered by the government or a government agency. This will be bureaucratic compare to that which currently exists and the costs of the systems and testing will be passed onto the consumer.

Testing is done when there is a concern.

Some people, including those who have studied the subject much more than you or I, do have concerns but you do not. How are you so sure that there is nothing to find? Why is it that the merchants of Oz are so squeeky clean?

Therefore we must not risk it! Imagine spending millions to discover there is nothing wrong.

How odd that you join the “no data is no problem” brigade, I would not have thought so.

How odd that you join the “no data is no problem” brigade, I

I don’t think so. I am very much if there is no evidence, why create costs and a system for something where there is no evidence it is rife in Australia. Australia already have high standard food systems (internationally it is known for this and why consumers in other countries are willing to pay a premium for Australia’s agricultural products). Assuming Australia is like other countries where there are issues, is going down a garden path unless there is some form of evidence. Even the experts haven’t been able to substantiate any claims that a problem exists.

I am very much for ensuring consumer get what is labelled/marketed/advertised, but I am against consumers paying the cost for a problem where there isn’t any evidence it exists.

Are we going to get a resolution on this topic?

The OP offered a view point by others of a considered position. There is ample evidence that food fraud of one kind or another does happen. Australia is not immune. 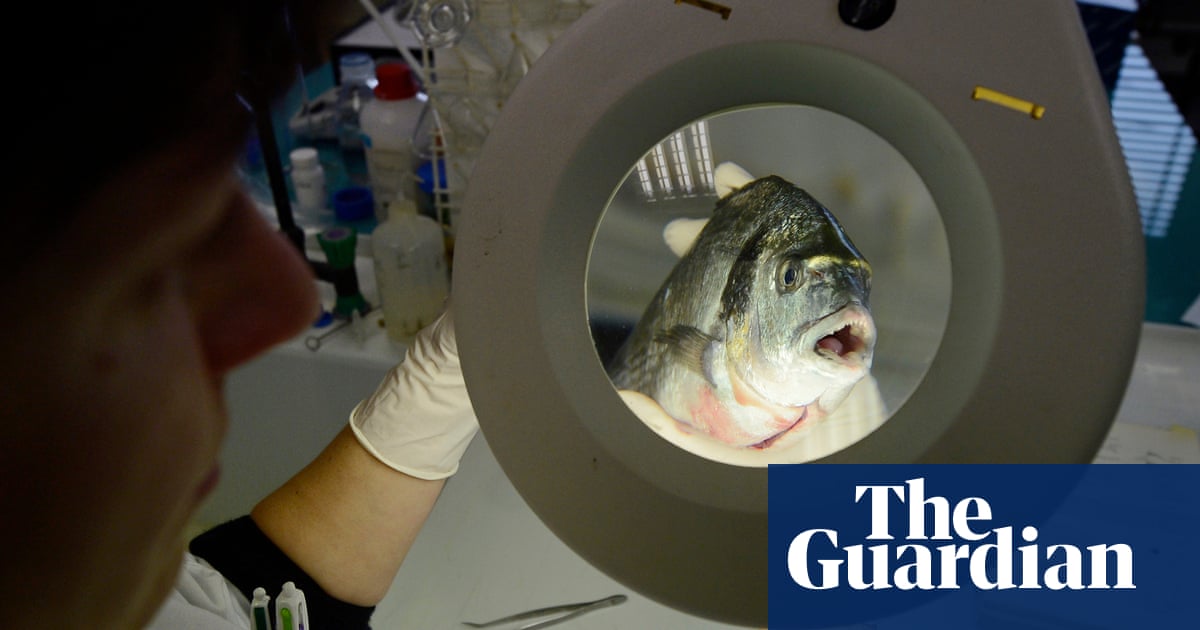 Guardian analysis of 44 studies finds nearly 40% of 9,000 products from restaurants, markets and fishmongers were mislabelled

Going further back in time there have been issues in Australia with seafood being sold as premium Coral Trout that was not, or other species eg warm water Reef Cod and other species susceptible to Ciguatera toxin, passed off as other. Our strategies are optimistically reactive and always after the event.

Are we at risk in other areas of agricultural production, or from imported product ingredients?

The original full report linked by the OP is saying Australia is not proactive enough in it’s approach to identifying food fraud. The SMH article backed this up suggesting the penalties for food fraud are not a sufficient deterrent, given the rich rewards.

Consumers have a choice to accept the status quo. Will it cost more to do more? A more complete response needs to consider what are the costs to Australia’s reputation for exported product, and costs to domestic business of not doing more.

No one is suggesting everything needs to be tested to the n’th degree. It’s not constructive arguing such an extreme.

What has been pointed out broadly is Australia does not actively test, even on a sample basis higher risk products for food fraud. Those instances that I can recollect have come to public knowledge only after the event and a whistle being blown. The last is something as Australians we rarely reward, dobbing being culturally unacceptable.

I’d at the very least prefer to see a full worked proposal for an improved system. At such point in time the relative costs and benefits can be debated and the powers of Government guided by their respective departments advice decide. If we don’t ask, nothing will change.

why create costs and a system for something where there is no evidence it is rife in Australia.

Well there we part company and there is not much more to say.

I get honey from 2 places. One I have been eating for decades. It’s organic and not for everyone as it’s strong.

The other one I get is Maya Honey. Organic and I have tried a few varieties.

Now need to try the honey from the markets as they have their own bee hives.