Food for Health bars - too sugary?

They call these snack bars ‘Food for Health’ and the packs state they are ‘Fructose free’, but each of these products is made from 20-25% sugar thanks to additions like ‘brown rice syrup’, which is a refined and concentrated sweetener.

What do you think, Shonky or acceptable? 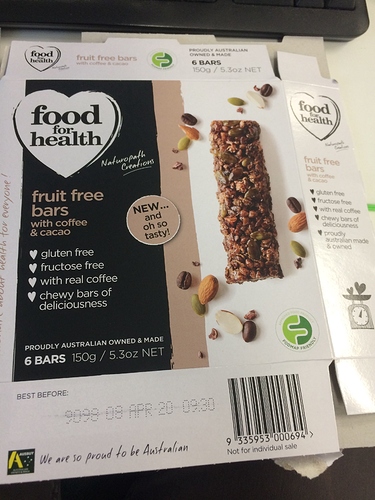 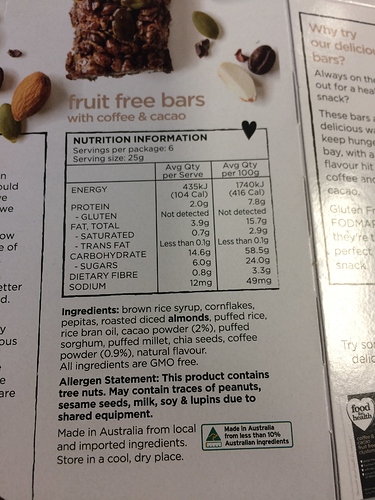 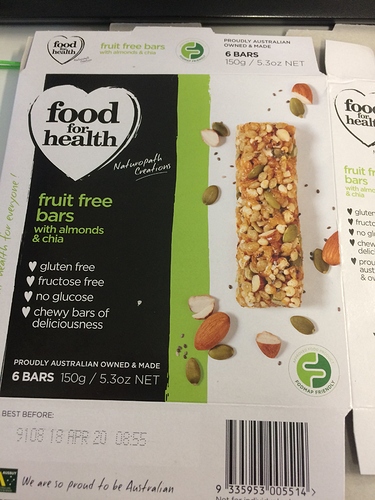 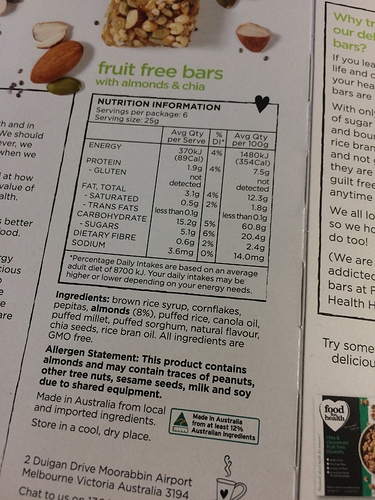 Looks shonky to me.

It contains high fashion ingredients like chia, sorghum and millet but the proportion of these grains is tiny. The rice syrup is brown which we all know is so much better, except it is so processed that brown or white hardly matters.

And it’s fruit free! So no goji berries darn it. Not to mention a ‘food for health’ and a ‘naturopath creation’. Sadly it isn’t a super food, well if it is they are too modest to say so. Narelle who fronts for them is said to be a naturopath who is passionate about educating people about what they eat. She has a nice baby on her knee too.

It has no glucose but the main sugar maltose is a disaccharide made of two glucose units and has a glycemic index almost as high as glucose. The maltose isn’t made by breaking down corn like HFCS but by breaking down rice starch, the process is just as industrial in style and scale. You could say that rice syrup is the asian version of HFCS. In asia they grow rice not corn (duh!).

But wait there’s more. Made in Australia (from less than 10% Australian ingredients). They are proud to be Australian but not too proud to source their major ingredients overseas.

It has no fructose but it will still push up your blood sugar pretty quick. This captures the ‘no fructose for me’ part of the market. Must keep down our fructose.

If this was labelled a lolly I wouldn’t be greatly concerned, 24% sugar is pretty high but to be expected in that class, some are much more.

As it is pushed as a health food and tries to tick all the healthy boxes to mislead as much as possible it is a series of lies from start to finish.

They also do a line in “Liver cleansing muesli” [I did not make that up promise] and a bar that is ‘drizzled with delicious no added sugar chocolate’ that is still 22% sugar. This product isn’t the odd one out it is just one of dozen all built and sold the same way.

Yep, 1/4 processed sugar with claims of being a health food guarantees shonkiness… before we even get to the naturopath association!

It has to be to be able to claim ‘fructose free’. Any added fruit would be a potential natural source of fructose.

It is about one plus teaspoons per bar…about as much as many put in tea of coffee.

I wonder if their glucose free claims are correct (or misleading), if one reads this… 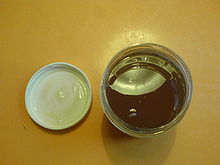 Brown rice (malt) syrup, also known as rice syrup or rice malt, is a sweetener which is rich in compounds categorized as sugars and is derived by steeping cooked rice starch with saccharifying enzymes to break down the starches, followed by straining off the liquid and reducing it by evaporative heating until the desired consistency is reached. The enzymes used in the saccharification step are supplied by an addition of sprouted barley grains to the rice starch (the traditional method) or by addi...

I wonder if their glucose free claims are correct

It might be possible to tweak the enzymatic rice starch breakdown to produce no measurable glucose, I am not sure.