It’s now easier than ever to get help around the house - but will you be getting quality work? Elisabeth Baulch reviews some popular sites here.

Do you have an experience using these services? Let us know if it was good or bad.

Being new to an area, and not knowing any tradies there, we tried a couple of these sites to get work done.

The one sites I remember sent a notification with a list of tradies who will be contacting us to quote within I think it was five days.

Only one actually contacted us. I rang the rest and was told they were too busy, they didn’t do what we needed, or their rates were astronomical. Only one tradie was willing to come and quote. He was OK, but quite expensive.

Then we kept getting emails from the site advertising themselves, and others. Had to block them in the end.

Since then we don’t bother with that sort of site anymore.

I’ve used tradie pages like Hi Pages a few times, such as to find someone to install an airconditioner unit, and remove an old gas heater. They seem a bit hit and miss in terms of trades persons actually responding with quotes, and I’ve even had them just flat out fail to turn up when we arranged a site inspection. But I have also engaged some great tradies on several jobs after first finding them through the sites.

I found out from experience not to trust the ratings on hi pages. I got a plasterer through them who was terrible! It was a total nightmare. I left a review to warn others. When I looked later the review was not posted. I emailed hi pages and they told me they don’t post negative reviews! They have a word with the person in question in private!

I used ‘Service Seeking’ to find rubbish remover, painter and cleaner when I moved house. I had lots of quotes which varied in price considerably. But all of the ones I eventually chose were good.

I have used a couple of different sites, but both were a waste of time. On both occasions I was advised that people would contact me, but no-one did. I guess the tradies all have so much work that they don’t need the small jobs that I wanted done.

I used Service Seeking for an electrical job.

Tradies see your post and contact you. The first guy who did so was quite some way off but insisted he was interested in the job - came out and quoted. I accepted, put the claim into my insurance company (AAMI - who took three full months to sort the claim, not happy, very poor communication).

On the day the money for the job was finally put into my account the electrician phoned (in tears) to say he and his wife were parting company and she had under-quoted me. His quote was invalid. I could have argued the legality of that but who argues with a man who is crying about a marriage break up…even if he was also telling me in the next breath that his wife is easily replaced. Thinking I have made a poor choice of tradie.

This tradie re-quoted for $600 more than the insurance company had approved. AAMI did not respond to my emails or phone messages (they took forever to answer the phone, no call back service). I could not afford an extra $600 out of my own pocket.

I eventually told the tradie to forget it, deal was off. Called the electrician I had originally shortlisted (also on Service Seeking) and he has done the job for me - he quoted on a different AC system that met the price paid by AAMI.

All up from beginning to end it has taken over 8months to replace two aircon units. All last summer the old dog and I had no aircon but not this summer!

Not Service Seekings fault and when I told them what had happened they offered to intervene. Not worth it. Hard to find a tradie who will turn up when they say and do a good job, but worth it when you do find a good one (Loadstar).

I tried a tradie website for some concreting work and got tradies that were not registered and could not get work. The tradie website are useless and the tradie they send are incompetent. Give it a miss, you will only find trouble.

These sites should be looked on as more like a directory of tradies rather than any recommendation for particular tradie on the site. The good thing is the interested parties do contact you. But it is still up to you to do the due diligence such as ‘interviewing’ them, getting proper quotes after a site visit, checking licenses etc. No web-based help centre is going to be able to do all that on your behalf and certainly not for free.

Having said that I have used a couple of the sites and had good and bad experiences from both. The worst case was with a painter and bathroom renovator. My case went to court twice and I won twice! But still have not had the payment awarded against the tradie after 5 years. When I told the service provider, they immediately removed him from their database, as did another of the this type of service when I informed them of the court action.

All up just like the classified ads, yellow pages and even personal recommendations, buyer beware!

I am a keen renovator and often need qualified tradespeople to help out. I have used Hi-pages before, which can be a bit hit and miss. While these directory services can be good at times (if you need a simple job done quickly), I find in the main that the tradespeople that use these services are generally not as professional as the ones that you will find at the top of the Google searches. Perhaps there is a reason why some tradespeople have to rely on advertising on directories like hi-pages to keep their business afloat - My advice - Do you homework before you engage any tradespeople that you don’t know.

Our local area in the Sunshine Coast hinterland has limited choice of tradies. Most of these that do work locally only advertise locally. Any of the finder or franchise services usually return businesses that are out of the area, including Brisbane 80km distant.

Getting local referees or word of mouth and only risking small jobs where possible for new tradies works best for us.

hi used the site hipages to get a concrete tradie,edon 25 came highly recommended.hipages says they use weekly checks with credit watch to look for strikeoffs etc edon 25 is listed strike off has been for months. long story short edon 25 has been paid for the job and done nothing even tho he has messaged many times to say the job has been started,complete scumbag.no support from hipages and haven’t done checks they say they have .perth area

Our experience with trades or any service is that payment is not required until the job has been done, or the service delivered.

There has been a very small number of jobs (high value) where we have paid a small deposit. These are the exception, have been for quoted work, and carefully researched including personal referrals from people we know.

Where ever possible we pay any deposit by credit card. If there are any major items to pay we consider buying them direct. Eg Air Conditioners.

There are an ever increasing number of ‘business models’ on the web that simply onsell something. We ignore them as unreliable. If struggling to find who we need we ask around locally people we know. The fall back is the yellow pages to find genuine local tradies or a business. Genuine local, is more than a mobile number and email. Physical street address, ABN, local contact.

Trust is earned. A business can change circumstances. Our local household gas supplier recently advised changes to delievery. It was followed up by a change in the bottled gas supply. Although not announced, they now appear to have sold out to a larger national business. While we used to phone up and pay over the phone on delivery, no paperwork required, we now ask for a bill/invoice before paying. And note the gas price keeps going up each time.

I found that Hi Pages generated a lot of emails (which continued on for months) but did not generate any connection between myself and a tradesman.

Approaches that I have found to work:

These strategies have both worked for me too. Although the nearest and only plumbing shop is two towns distant.

I’d just note that the local paint shop will recommend a painter who is better than average, however the same store owner also often does work for the same painter. We were just lucky perhaps.

And our regular electrician is unlikely to suggest anyone else local for some reason? I’ve asked several times. No longer on the call list after finding someone else in the next town who does not mind the extra drive.

We’ve updated our review of find-a-tradie sites like Airtasker, including some tips on how to avoid trouble: 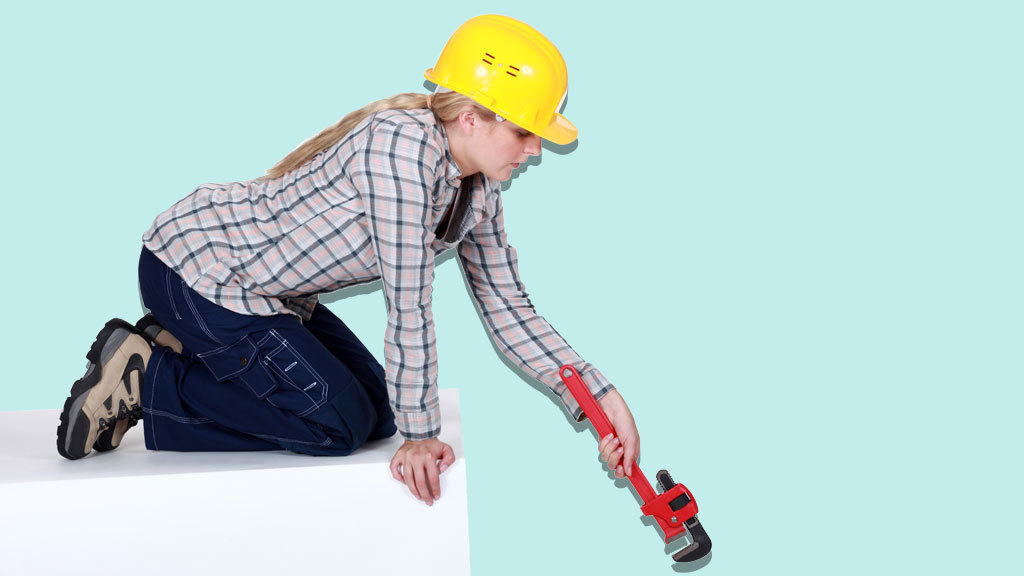 We compare service websites Airtasker, Oneflare, ServiceSeeking and Hipages. More people are connecting with tradespeople on these platforms - but are they safe and reliable?

People using Airtasker, and probably all its competitors, should be aware of how badly it can go by normal expectations dealing with a tradie. Job 1, no worries so hired to come back for job 2 at the completion of job 1, so job 2 was not booked on the Airtasker web site. The handyman was obviously not so handy, and having been hired direct for job 2 Airtasker does not want to know about it. The legalities are a warning to those using such services.