Just read a very interesting story titled “Elon Musk is a total fraud” on the Courier Mail website that you do not need to be a subscriber to view.
The footnote states that it was originally published by the New York Post.
Well worth a read.
https://www.couriermail.com.au/technology/elon-musk-is-a-total-fraud/news-story/f849a58894956424f03e7606a222b9eb?utm_source=The%20Courier%20Mail&utm_medium=email&utm_campaign=editorial

Interesting and maybe also greatly slanted by Mr Murdoch’s ownership (CM also is Murdoch). The last part about ownership and influence I can’t say if it is true or not, ie the ownership affects the influence. If you read others opinions of “NY Post” and also some in comparison to the “Times” it depends a bit on which side of the fence you sit whether the articles are biased or which way they are biased.

I do note that Murdoch press items tend to dislike Musk more than others and can put a differing slant on many of his actions.

I like the media bias site. Here are the entries for the NY Post, NY Times, and Murdoch’s flagship, Fox

RIGHT-CENTER BIAS These media sources are slightly to moderately conservative in bias. They often publish factual information that utilizes loaded words (wording that attempts to influence an audience by using appeal to emotion or...

New York Times is Left-Center biased based on word and story selection. They are credible for factual reporting of news with a left leaning editorial bias.

Overall, we rate Fox News strongly Right-Biased due to wording and story selection that favors the right and Mixed factually based on poor sourcing

One of the most telling aspects is whether reporting is factual or not. While nothing is completely unbiased mediafactcheck.com seems as objective as it gets.

It lost my interest as that article being anything but a hype piece at"
“He has yet to succeed at anything but somehow spins every failure into proof of imminent success. His only accomplishment has been this decades-long Jedi mind trick.”

Anyone who can make a statement like that must spend most of their days bumping into walls! Thanks to Elon’s ventures, we’ve seen a massive overhaul on the idea of quick, efficient electric cars and we can now reuse space rockets! Watch a rocket that’s been to space return and land on a dime and tell me that’s not amazing.

Regardless of personal thoughts on the man, he is definitely accomplishing things.

I was not actually commenting on the article but merely bringing attention to it.
I was quite surprised by it but I would expect that the second largest newspaper would be reasonably factual, or else risk defamation action.
Then again, Elon has not been too careful lately with defamatory remarks.
I guess Elon won’t be advertising with the New York Times and he probably isn’t on their Xmas card list either.

I would expect that the second largest newspaper would be reasonably factual,

I wouldn’t expect to find much factual info at all in any Murdoch publication!

I would expect that the second largest newspaper would be reasonably factual, or else risk defamation action.

There is a significant difference between fake news, opinion masquerading as news, biased reporting, and defamation. Therein lies the realm of the Murdoch press as many observers see it.

I was not actually commenting on the article but merely bringing attention to it.

Be aware that bringing attention via posting any link is usually considered an endorsement of its message, unless otherwise noted

I can’t read the article as I am not a subscriber, but what has possibly become apparent in relation to media releases from Tesla and other Musk associated companies is that there is a lot of grandiose and encouraging promises, but delivery and expectation from the consumer point of view has been quite different.

I recall my late grandfather telling me as a youngster…‘do one thing very well rather than a dozen things not well at all’. When I was young, I always thought this of a statement about sport but later released that it applies not only to sport, but most things in life including business.

Possibly the same could apply to some of the problems Tesla has been having in relation to quality issues and ability to deliver on its promises.

Elon Musk has his faults and deserves scrutiny like any high-profile businessman.

I believe a lot of the negative press he has attracted recently is being driven by fear that he might actually succeed in mass producing an electric vehicle that people want and can afford to buy.

When you think of the huge profits being made by oil companies around the world, why wouldn’t they be terrified of a vehicle that doesn’t need their product. Why wouldn’t they pressure politicians and press to try and suffocate the newcomer?

I’m always amused when people who enthuse about Electric Vehicles are accused of having a vested interest!

I wouldn’t expect to find much factual info at all in any Murdoch publication!

I haven’t ‘expected’ to find anything factual in any news source since, well, ever …

For ultra reliable news, I reach for one of these: 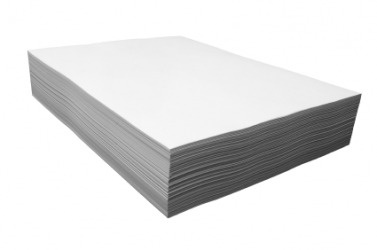 500 pages of the only thing you can believe in - nothing.

I think the press is only just picking up on strong reactions to his failures overseas. His company is bleeding money as he has always propped up everything with reliance on share price and government handouts. It’s pretty much a ponzi scheme and international investors are pulling out.

It lost my interest as that article being anything but a hype piece at"
“He has yet to succeed at anything but somehow spins every failure into proof of imminent success. His only accomplishment has been this decades-long Jedi mind trick.”

Likewise. SA batteries work fine. The Tesla is a nice car. He has launched a Tesla into space. Etc.

His company is bleeding money as he has always propped up everything with reliance on share price and government handouts. It’s pretty much a ponzi scheme and international investors are pulling out.

Citation please? Your statement may well be absolutely correct, but I don’t follow the Musky scent closely so would like to know where suggestions like these come from.

You can cite me. You have made errors in what you said above as well. Look at the US share info

So true, but even for reliable news like this it will still cost you $5.50 at Office Works, or a little less on special at Woolies? You can’t get nothing for nothing any more.

500 pages of the only thing you can believe in - nothing.

One curious observation about others who share some of Elon Musk’s ‘dna’. Many of them set our to achieve great things only to falter, before further success or corporate oblivion. Eg Clive Sinclair, Colin Chapman, Nicola Tesla, (add many others including Steve Jobs).

Along the way there were many challenges to world order. The East India Co has been unrivalled in its power until modern globalisation. Westinghouse battled Edison (AC verses DC power).

In all their endeavours they either delivered change or by their existence caused others to abandon entrenched practices and paradigms. For better or worse, for consumer or corporate.

That others now view Musk variously from admiration to abomination suggests he is now in the same company. No doubt some may see such energy, enterprise and audacity as a challenge to their cosy world order and long established business interests.

Henry Ford did no less when he put a nation of horse trainers and blacksmiths out of work.

To any business producing consumer products there are many threats. Aside from corporate incompetence and consumer rights organisations can we add Elon Musk?

There are many others by other financial news agencies such as Bloomberg etc.

There are also widespread reports sbout the poor build quality of Tesla cars, from panels not fitting properly, upuneven spacing in panels etc.

You have made errors in what you said above as well.

What new errors have I added to the existing lengthy list? I’m always happy to be corrected.

There are many others by other financial news agencies such as Bloomberg etc.

I must admit to mistrusting the words of financial forecasters and economists - who never seem to be able to correctly predict a crash. The three whose names appear on the linked paper seem - regardless of their titles - rather young. A few other points:

As for reports about how well the cars are built, all I know is that plenty of owners are reportedly keen to stick with the brand.

Finally, and most importantly, the Tesla surfboard sold out in a day! What more can one possibly say - except that I wish I had heard earlier about their flamethrowers.

Just to reiterate, I am not a Musk-eteer, and do not generally follow such tawdry and generally useless or inaccurate things as the mass media and economic forecasts. All I know is that many of the new millennium’s global behemoths relied upon massive amounts of debt in their early years in order to make lots of money as the business matured.