Does fly spray even work anymore?

I remember fly spray actually killed flies when I was younger. But the can of Mortein we have in our house seems only to mildly annoy flies despite the claim “Fly & Mosquito Killer” and “Fast Knockdown”. Perhaps the flies are killed by boredom some time over the next few days and “knockdown” refers to something social rather than physical.

Are there any products or home made potions that work (indoors) without being overly toxic?

Flyscreens on doors work pretty well, as do fly swats

I’d never consider spraying any toxic mists around inside my house.
If we have an invasion of tiny flying insects we use the sticky yellow paper sheets, hung near lights.

You have tough insects there @roony that can tolerate the sprays

. Have you tried any other brands?

Ours must be woosy as the sprays work for us.

We have used for a long time now, Aldi’s Atlas flying insect spray - fast knockdown.
It is very effective for us and we had no flying insects that it doesn’t kill in a hurry. From time to time we get white tail spiders in the house and it effectively and efficiently kills them too. Price is good too, compared to other major brands.

Most Fly sprays use a neuro toxin similar to the agents used in Chemical weapons and they act on the same receptors in flys as they do in humans, sometimes why some people feel like their tongue is a bit numb after a room has been sprayed. Flys are affected but when you first see them after spraying they generally are what seems to be disoriented but this does progress to death. See here for an explanation: 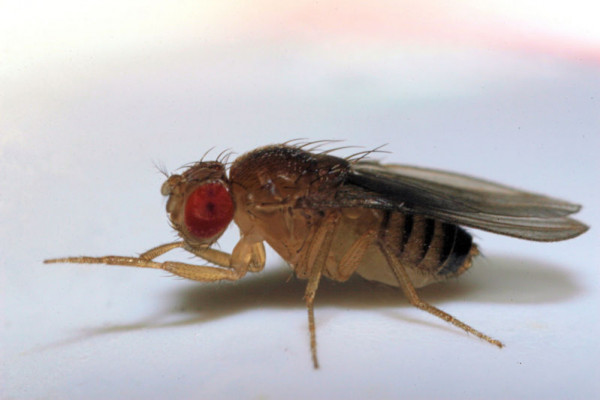 Well, with fly spray, which is the stuff you spray on nuisance flies - usually there's a short lag and then, suddenly, the fly appears to go nuts: it speeds up its activity and then all of its movements appear to become very chaotic. Then, usually,...

Cockroaches have a particularly robust nervous system and over long time exposure the species can become resistant to some of the chemicals used.

I agree, Mortein does not seem to work on the house fly ( Musca domestica ). Fly papers and the old Kix fly pump worked well when I was a boy.A fly swat works but you have to have better reflexes than the fly,

I think they are designed to drown them now

What annoys me about fly sprays these days is the smell of some of them - quite ghastly, and the annoying marks left on windows. I have tried some sprays from quite a distance and it lands on the window because the spray is dense and actual droplets are hitting the window. My memories from my early use of fly sprays was that the particle size of the spray was very fine so you could spray insects and the fine spray stayed in the air. Flies would fly into the spray but if you were a reasonable distance from a window no fly spray ended up on the glass. With many products these days I spray (regretting the drops on the windows) and then I leave the room because of the dreadful smell.

My Atlas fly spray also takes 3 or 4 days to knock down a fly after spraying many times.

Hi @Poparoonies, welcome to the community.

It sounds like the flies are dying of old age, rather than from the active ingredients in the Atlas insect spray. It is concerning if the spray isn’t working when it is marketed as…

If the marketing is right, the other spray takes 6-8 days.

I would be taking it back for a refund as it appears to be a dud product.

We only buy and use Pea Beu Lemon Flavour.

The flies reckon it is to die for as it kills them in seconds.

It also works a treat on green ants, cockies, and other creepy crawlies.

I just came across thir item.

Should we be cynical and suggest the zone of influence of the product extends only as far as the nearest purse or wallet. I’ll be leaving mine as far away as possible - just in case.

I’m more than happy to trial a sample, assuming it deters midges which are still around on warm sunny winter days. Otherwise best to wait for the summer rains and head west or east or north to sheep country. If it can also keep them little sticky black bush flies away? More than just wallet science at steak/stake!

Can we look forward to the Choice picnic table test?