Bupa and HBF are cutting health insurance coverage. In summary from the article,

Find out all the details: Bupa health insurance cuts - what you need to know

Health fund Bupa has introduced cuts to health insurance cover on 1 July, with more than 700,000 Bupa members now receiving fewer hospital benefits. But it's not too late to consider your options. We answer FAQ.

This should be interesting for anyone contemplating moving to Bupa. 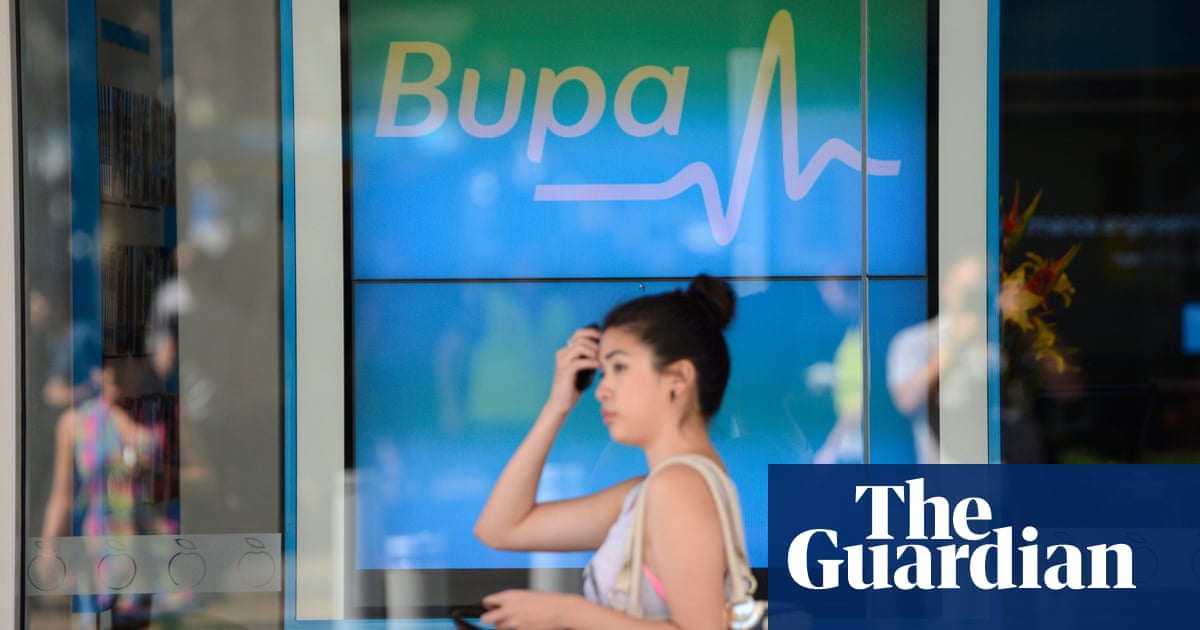 Bupa is certainly getting people’s attention, but like many things it is hard to know who to believe … seems to be a certain quantity of ‘weasel-words’ on both sides, but I’m not sure of the balance of weasels overall …

The following is attributed to a doctor from Western Sydney and was taken from Facebook - I’ve removed the name of the Doctor in case it is mis-attributed (copied from someone else by the poster) or just simply rubbish - fair warning:

For many people who have private health insurance, it is a massive cost every year. As a doctor, I know and most of my colleagues (but unfortunately not all) understand, that just because a patient has private insurance, it doesn’t mean they have cash to burn. They are just trying to do what is best for them and their families.

Incredibly, BUPA has now announced that it will not cover patients equally, depending on the hospital they choose to attend. If a doctor wishes to provide private care for a patient under a gap cover scheme (that is avoiding out-of-pocket cost doctors bills), after August 1st, they will now only be able to do this for BUPA patients at BUPA contracted hospitals. If a patient is admitted to a non-contracted hospital (and this includes ALL PUBLIC HOSPITALS!), the patient will have to receive bills from all treating doctors and be highly likely to incur out-of -pocket costs. Many of us who work in the public system are very happy to provide private care to patients in public hospitals via this scheme but BUPA is taking that option away from us.

At present, there is no other insurer in Australia that has taken this step. All other insurers continue to offer practitioners a gap cover scheme to ensure there is an option to avoid unnecceasary bills to patients. We are extremely lucky to have a private health system that allows us to choose our own doctors and hospitals if we wish. With the changes BUPA propose, it means to keep your costs to a minimum, you can only be treated by doctors in a BUPA contracted facility. Therefore if you aren’t treated by a doctor under BUPA’s preferred terms, you have to pay a potential difference, even if the doctor wants to use a no-gap scheme. This includes patients who become unwell quickly and are taken to public hospital Emergency Departments.

This is nothing short of managed health care a-la-USA style. It is a disaster over there and they want to bring it here. Trust me we don’t need or want that problem in Australia. We have enough problems with our current system thank you very much!

Unfortunately, the options offered to patients seen on the pictures below will no longer be able to be guaranteed to BUPA patients in public hospitals after August 1st. If you are with BUPA, I would encourage you to make sure you completely understand the impact of what staying with their policy after August 1st will have on you. If you do not like what you see, you have the right to change to any other health fund you wish, without having to serve new waiting times for similar benefits and policy inclusions.

I’m a doctor, but at times both me and my family are patients as well. I always want to have a complete choice and I don’t want a non-medical person deciding what is best for me. I was a BUPA customer until yesterday.

Of course Bupa have retorted … 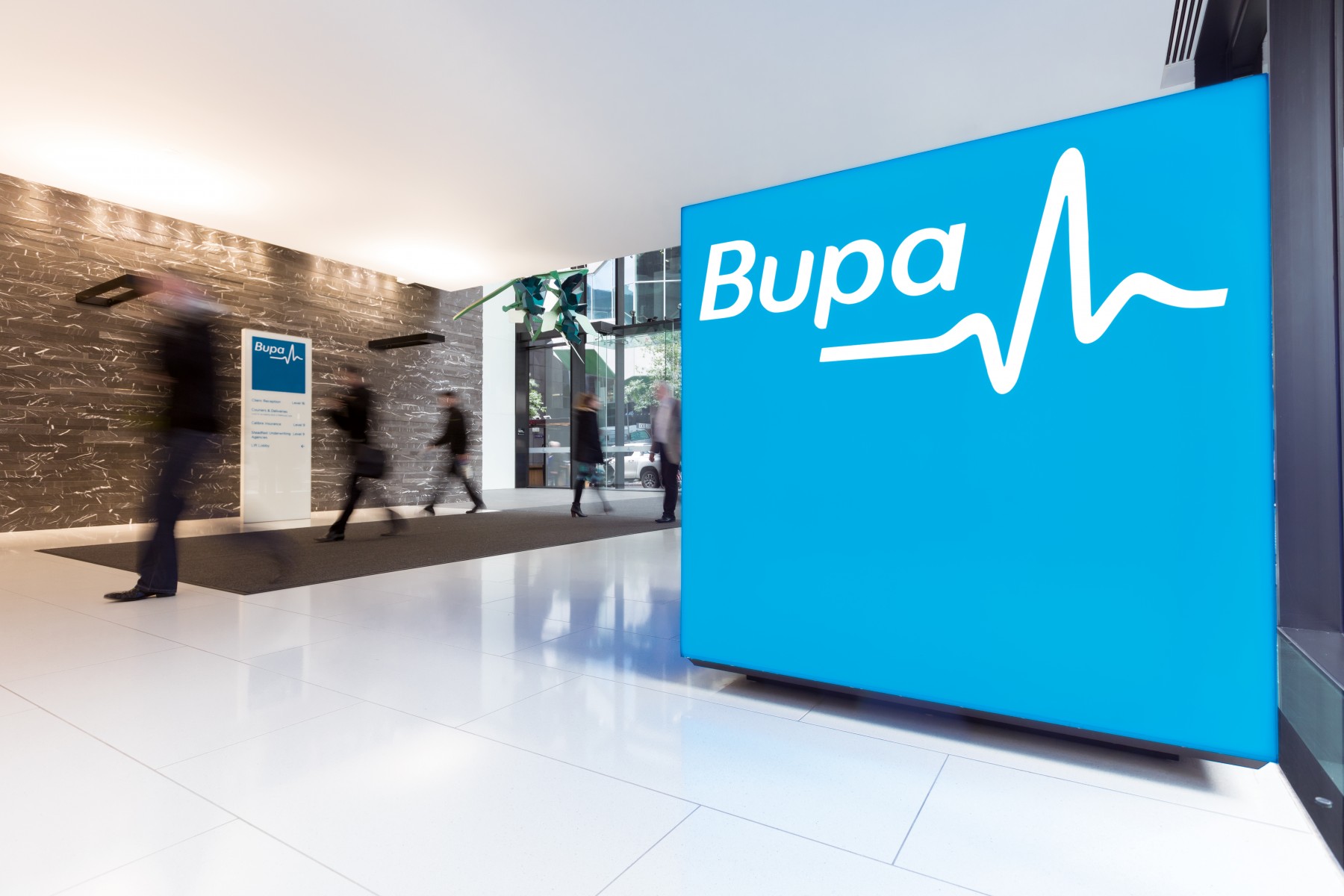 Here's why Bupa is changing the medical gap scheme | Bupa

The scaremongering around ‘managed care’ and moving towards a 'US style system' could not be further from the truth. Here's why Bupa Health Insurance is changing the medical gap scheme.

Bupa seem to struggle for a clue and thinking prior to doing. Seems they are responding to the pushback, at least a bit. 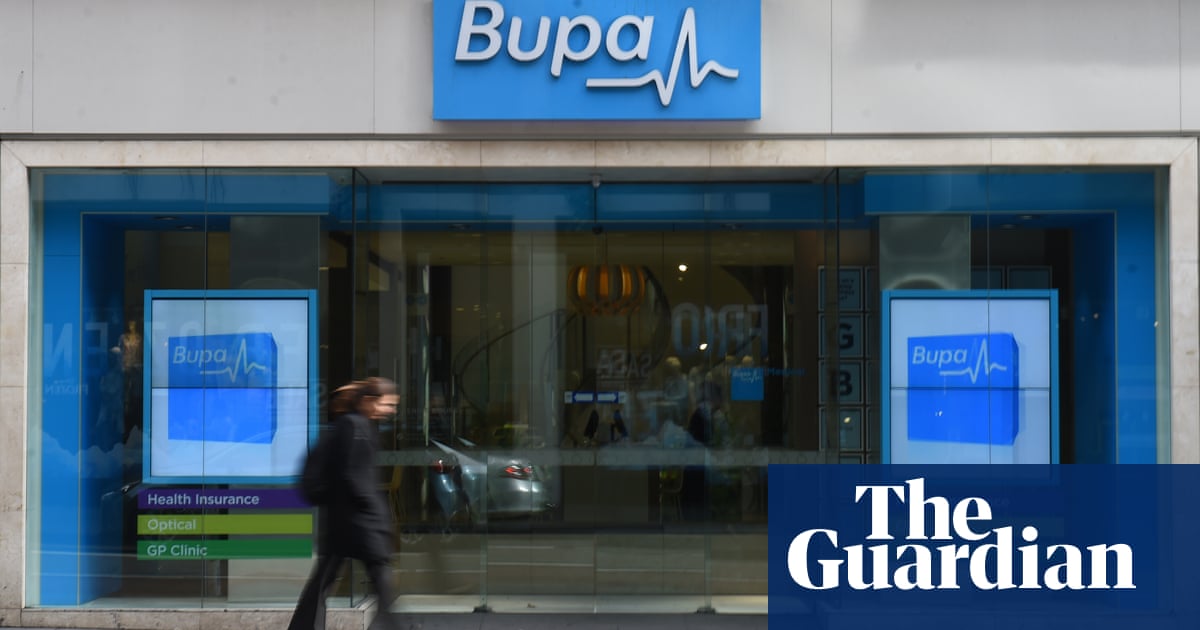 Seems they are responding to the pushback, at least a bit.

… just as their last customer leaves?

I’ve seen a couple of comments elsewhere about how this only affects the basic cover. Yeah, at the moment it does.“First they came for the people with basic hospital, and I did not speak out - because I had better than basic hospital […/etc/etc]” - apologies to Martin Niemöller …

Let’s not forget that health insurers are just businesses that want to maximise profits.

As I have said on other threads a few times, if the $6.5 billion the government hands the health sector each year in the form of rebates (the Australian 2018 Feb 2) were spent on the public health care system, we may not even need the private insurance sector.
(https://theconversation.com/the-multi-billion-dollar-subsidy-for-private-health-insurance-isnt-worth-it-76446
http://www.abc.net.au/news/2018-01-30/private-health-insurance-too-expensive-and-excludes-too-much/9374920)

the $6.5 billion the government hands the health sector each year in the form of rebates (the Australian 2018 Feb 2) were spent on the public health care system, we may not even need the private insurance sector.

I vote with you on this…can I use two hands to be counted. I am sure we have highlighted this issue in the past on this forum…the Health system needs to change towards real health results not real Health Insurance companies profits.

Let’s not forget that health insurers are just businesses that want to maximise profits.

Certainly true of Bupa and HBF, but the “Members Own” funds like Defence Health et al are not so mercenary … some are restricted, but in some cases their entry conditions are fairly ‘thin’ so to speak … Worth considering - I guess a little like the ‘credit unions of health insurance’ ?

It is not just profits. Some of the non-profits spend their income on benefits and reserves and have modest operational costs, and other non-profits do whatever, such as sponsor footy teams.

For those of us so inclined to have private cover it is worthwhile looking under the covers to see how any particular fund spends its income, not just the benefits.

Yes as you and @draughtrider both point out Industry Funds are “non profit”, how many of them are there? Lots, so how much money is spent on the many Boards, CEOs, CFOs, CIOs, Senior Management, Buildings, Cars and other on-going expenses (including advertising of every fund) before any money is returned to the clients of the health funds? Huge amounts.

Even if they were as frugal as possible, an average 14% (amended from 30% on research) of funds incomes would be dispersed/dispensed on what is essentially “double ups” of costs that if we had a single entity National Health Insurance would be reduced drastically.

Looked this up and average is 13.2% for industry funds and 15.4% for the others for the years 2011 to 2015. Premiums paid by non industry fund clients for the period 2011 to 2015 was $57.1 billion meaning at that rate every year $2.198 billion was used/kept by those funds. For Industry funds I was unable to locate the premium figures for the same period but the figures if similar would be $1.884 billion per year. Add the annual Rebate bill and you have around $10 billion dollars a year not going back to members bills. Just to put that in some perspective the total Federal funding of Australia’s public hospital system in 2015 was $16.4 billion and if it was increased by the $10 billion would have been a 60% increase in funding.

If everyone in a private fund didn’t have to pay the extreme level of costs, firstly to be a member and then to cover the “out of pocket” costs that seem to ever increase as benefits are reduced, if we had a single Insurance scheme how much better off would they be? If I & others didn’t have to help fund the Health Insurance Rebate for Private Health users and that was instead put into the National Health Insurance, how much better could it be?

Maybe the insured could then afford to properly fund their favorite Footy Team, Swimming Club and so on rather than letting a Private Company use the funds to fund the activity as a means of generating more advertising. Most businesses are not that altruistic to fund without expecting returns for investment.

I have just been advised that my policy. (which has been in place for 12 years) is going to be increased by 8.6%. The average according to all sources is 3.62% Bupa has failed to explain the reason. I think i;m am being targeted by having a policy that is now obsolete.
What to do?? For me its; a $22 a month rise.
Pay the years premium? I am only differing the rise, how can they impose this cost way, over the average?.

Welcome to the .community @imax3

Bupa is a business that is not required to justify its increases to anyone excepting government. Their increases are part of the computations of the ‘average increase of 3.62%’ you reference.

As you surmise when a fund has an obsolete policy they can use premium costs as a tool to lose customers in those obsolete policies and hence wind them down. Sometimes the newer policy is more favourable than the obsolete one so might be worth looking into if you are otherwise happy with Bupa.

The answer to your question in a practical sense, your options are to wear the increase, or change to another Bupa policy or change funds. When one changes funds the new fund will usually waive all waiting periods previously served with the prior fund so the member is not disadvantaged by the change.

You might try the Choice private health comparison tool, free if you are a Choice member, at a cost if you are not. There is also a government comparison tool. They each point one at the funds most likely to suit based on the criteria you provide.

Over the years I found my small fund, HCI, sometimes has one of the largest percentage increases, but was still one of the most appropriate and cost effective funds for my needs*, so it is not just about the amount of the increase; keep the focus on the overall benefits, [extras] benefits you actually use, and costs, not just the increase.

* edit: After yet another above average increase from HCI I checked via the Choice tool and HCI was again in the top 2 listed non-restricted funds suiting my criteria, and easily won by having significantly better benefits (that I use) than the other that was $4 pcm cheaper.