Are you a Bunnings fan? We need your help!

What’s the best thing you’ve ever bought from Bunnings? How did it change your life? (And, no, we’re not talking about the Bunnings sausage sanga!)

We’re working on an article about people’s best Bunnings buys and we’d love your input. Let us know what you’ve scored!

An Ozito Cordless Lawn mower . I have some respiratory issues so the lack of exhaust fumes made the purchase worthwhile . I also have a lower back complaint which was aggravated by pulling the cord starter on my petrol mower . The cordless unit negates that problem .

I also purchased an Ozito cordless Line trimmer for the above reasons .

The only products that come to mind are Ryobi One+ power tools which are exclusive to Bunnings and that we have many of.

Having just a single charger and a few batteries to service all of them is great, as well as being able to just buy the shell or console without a battery and charger, especially as some packages with batteries only have the low capacity batteries included.

Are you a Bunnings fan?

I am a big fan of Bunnings, it’s my one-stop-shop for hardware, paint, gardening, all DIY projects, and much more.
Hard to choose one item, but before lockdown I bought a small heater that can be used in the bathroom, and I found it very useful (Even if not life changing

I wasnt going to respond here and then I remembered the pedestal fan I bought 3 years ago. Its a line they didnt even stock the following year when I returned for another. Its quiet as a mouse on its lowest settng, and pretty quiet on the second, and imitates a 747 on the higher settings which never get used

Its a DC fan which is supposed to use less electricity…. It lives in the bedroom and substituted nicely for the a/c when it broke. I often run it even in winter just to have the air moving about.

I’m hearing lots of love from Choice staff about the Ryobi One+ line as well!

I am another Ryobi One + fan.

Background: I used to use Black and Decker electric tools and I was in need of more portable and lighter tools. I asked many, many tradies what they used and why. I discovered that there was absolutely no consensus. They all had their favourite and usually expensive brand. I didn’t want anything that was going to be used daily. I wanted something reliable that would work well on the odd occasions I needed a tool. I had a look at the Ryobi and decided I needed to save up to get them.

Luckily for me my family bought me a mega kit that was on sale (some years ago now) that came in two carry bags and had all the important tools and a number or Li-Ion batteries. It has been brilliant.

When I had a job I didn’t have a tool for, I bought the tool to add to and work with the One+ kit I have at home.

The only downside is that the genuine replacement batteries are very expensive. I am very tempted to try some ‘compatible’ batteries.

The only problem that we have had in over a decade was a faulty charger which Bunnings replaced under warranty.

One of our 2 5AH batteries seemed to be losing capacity so we bought a twin pack for $179, only $50 more than a single battery, in the past year.

Bunnings website currently lists the twin pack at $199 and does not show the single battery but I suspect that it just their usual inaccuracies.

They also show a 6AH and a monster 9AH batteries.

As far as aftermarket batteries go, I bought one for our Makita drill over a decade ago and it failed before the second genuine Makita battery which came with the drill did.

I almost skipped over this topic thinking nothing but ill will towards the jolly green giant with red trimmings. Most of that comes about through loss of popping around the corner to the local hardware store now closed. Bunnings was always a longer drive, a car park wrestle and the jungle hike once inside. It remains to wonder how much time and mileage some of us will expend to save a few dollars while buying a trolley load of bargains that were not on the list.

I’ve still purchased some buys I’d consider successful. We had 20+ years out of a large Coolaroo shade shelter before a severe storm broke the frame. Today’s replacements are much lighter framing and shade cloth.

I’ve a Ryobi angle grinder and renovators tool (both 240V) that perform the infrequent job at the right price. I’d usually purchase for regular use power tools from brands with a professional trade reputation. It’s now an even longer drive and too inconvenient to stop a job mid stream to justify the lower cost path.

From the days pre lithium battery I also have an Ozito 13mm and 20mm dual purpose impact drills (240V). The latter when the low speed gear is selected is great for mixing paint or grout in 10/20l drums. At around 1/3 or less of the cost of the more reputed brands at the time, I’m ahead. Notably both were bulkier than the everyday trade quality options, likely why they have kept going.

I’ve not had need to splurge at Bunnings in more recent years. The block splitter might be the only recent buy to note. Second favourite tool after the chainsaw, which was not from Bunnings noting they are limited in their offerings and in store repair service.

I really like libraries because I like books. I like Bunnings as I like tools. As with libraries wandering about and checking out stuff I normally would not set out to find is fun. This isn’t because I particularly like Bunnings but because I like tools. I would spend some time there if I didn’t know that it was likely to result in impulse purchasing something I don’t actually need. It is one thing to say “I didn’t know there was a tool for that” - it is another to take one home just to play with it.

The good thing is that they have so much good stuff, the bad thing is they often don’t allow time so staff can know and understand it and be a useful shop assistant. When it comes to tools always buying the best or the cheapest is not the way to go, there are times to do one or the other, or something in between. Some staff do know what they are doing but too few, their business model seems to be to constrain costs by employing the young and inexperienced.

I’ve found that the larger tool warehouses can be a great alternative. We’ve 4 choices all about the same distance away as Bunnings. Sometimes it’s best to wait for the sales on popular brands. It is very competitive and they will if you are astute offer a better deal in store. Note they may have two price points. Trade and marked retail. It pays to be a little hesitant and ask if that’s the best price when making larger purchases. YMMV. Bunnings also have a trade price, but it’s not for the checkout staff to negotiate.

In respect of tools that are more trade specific, Bunnings may offer only one or zero options, especially those needing tools for the home mechanic.

I’ve found that the larger tool warehouses can be a great alternative.

Yes they are in both range and in the ability of the staff. Sadly they are even further to drive than Bunnies.

My comment about Bunnings is that I notice when I am out walking around my district that they seem to be responsible for a large amount of the outdoor furniture people pile up on the curb to be collected by Council. People seem to love purchasing Bunning’s inexpensive timber and synthetic outdoor furniture, hammocks with frames, barbecues and other lifestyle accessories but they seem to fall out of love with them very quickly once they have them in their homes. For several years I’ve noticed a large number of synthetic wicker ‘hanging egg chairs’ piled up on nature strips and current fashion is a 1950’s reproduction steel frame chair with bright coloured nylon rope wrapped around it that I call an ‘acapulco’ chair which people seem to be buying in quantities then dumping a short time later. Their timber outdoor tables and benches seem to fall apart very quickly once left outside and are soon piled up on the nature strip. I find such extreme waste of resources very disturbing and I think Bunnings should be called out to improve it’s environmental responsibility with these cheap, poor quality outdoor products.

Welcome @ManVsWild
Just wondering how you can be sure all of those items were bought at Bunnings? 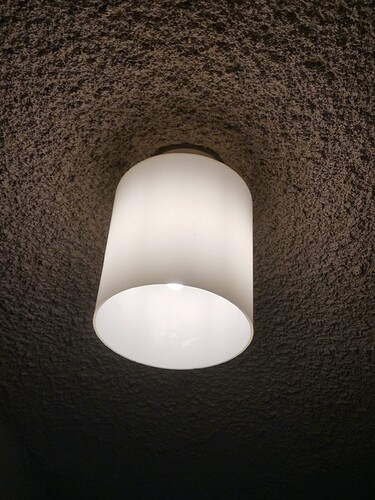 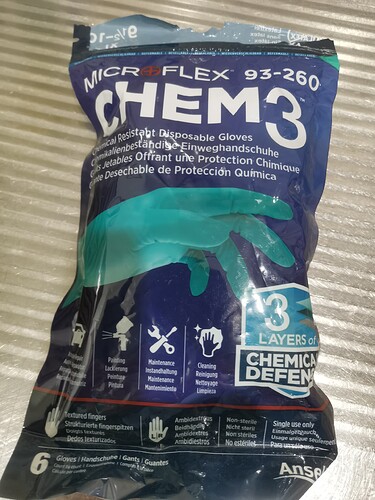