An article regarding companies being set up with sham directors before being sunk and leaving huge debts. 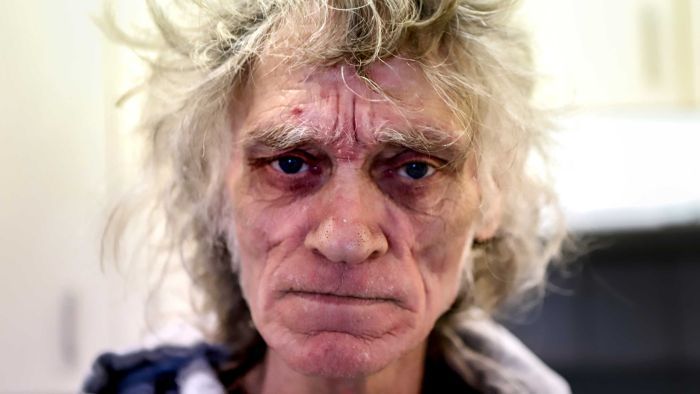 The ABC uncovers a multi-million-dollar scam where people facing homelessness and drug addiction are made company directors to rip off the tax office and do over creditors.

I was under the impression that these types of scams stopped after the “bottom of the harbour schemes” were taken to task decades ago.

companies being set up with sham directors

Not a recent development. For a while last century, one of my duties was pursuing insolvent companies. More than once I ended up at some poor sod living in a room above a pub who had no idea what was going on.

As I’ve said before, business attracts criminal minds. Sadly, too many of those minds go into politics.

An accounting firm at the centre of a massive tax avoidance scheme that exploited homeless and drug addicted people has its registration cancelled in the wake of an ABC investigation.

As I’ve said before, business attracts criminal minds. Sadly, too many of those minds go into politics.

And I thought the larval form of the politician was the lawyer.

And I thought the larval form of the politician was the lawyer.

Barnaby Joyce was a country accountant.

larval form of the politician was the lawyer.

A slight bias for the more successful ones anyway.

K Rudd looks to hold the record for the most rounded on the list. While Billy Hughes might be a standout challenger and most versatile having led three different political parties as PM.

Experience as a Barrister (6) just pips Journalists (5). No accounting needed. 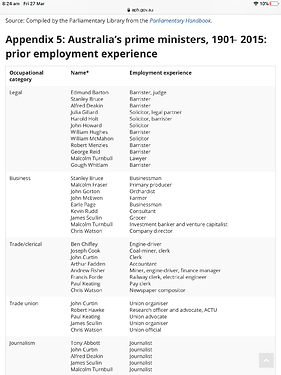