An interesting article regarding autonomous vehicles. What are the personal details a driverless car could reveal about you?

The idea of reading a book or texting while your driverless car takes you around might be appealing, but a parliamentary committee has heard warnings of potentially devastating privacy risks associated with autonomous cars.

Autonomous vehicles also raise concerns for how liability and insurance might evolve. Rest assured the Federal Parliament is on to it (Insert tongue in cheek emoji). Although as usual it is state law that governs the use of our roads and enacts relevant legislation.

There are ways to obfuscate most things in the world of business opportunity/risk and the body politic.
There can only be one winner (possibly the lawyers) and one looser - the insured consumer who has to pay the premiums for a less than perfect solution by the manufacturer and acceptable at large due to a lack of legislative consciousness. Perhaps short term only if in the end it is not yours to own but a Uber Avis Google dream.

DIVERGING - the crystal ball has rolled onto the table?
A challenging question is that irrespective of the cost in privacy is the greater benefit to the community of a fully autonomous transport world a trump card that serves another less noble purpose? Total loss of personal privacy and freedom of movement!

I also can/can’t imagine a world in which the only choice is which vehicle Avis will send for my next journey. A total Corporate solution to all our transport needs and one more profit centre for their future business model, licensed by Google.

The autonomous motor bike is a most confronting vision, although if it is all electric it may have also lost it’s aural appeal to most?

The autonomous motor bike is a most confronting vision, although if it is all electric it may have also lost it’s aural appeal to most?

Anyone who’d consider an autonomous motorcycle could just stay at home and VR their whole life, it would have about as much point. Throw in a remote controlled surfboard while we’re at it, why risk drowning? let alone the trip to the beach in the first place

This is still a serious topic.
I won’t change the title if you don’t?

Anyone who’d consider an autonomous motorcycle could just stay at home and VR their whole life,

True you could also choose the sound track to suit the mood, Vincent Black Shadow, Ducati 900 SS, Vesper. Oops a step too far, the Vesper should have been first for the at home dreamer. Anyway how do you VR falling off and doing your collar bone for the third time. Or that other injury from not knowing how to start the Norton as was originally intended. More than pride? I’ve only fallen of the postie on the farm on the gravel over the front so I set the bar pretty low. There is also more style to riding a postie if you do it in thongs and shorts apparently.

When I posted my article. I was originally going to create a new topic name “Autonomous Vehicles”, but as my posts are regularly moved from pillar to post, I posted it to the “Electric and Alternate Vehicle Fuels” topic as I doubt that there will be many petrol, diesel or LPG powered autonomous vehicles.

But having done that, my post was moved to a newly created topic named “Driverless Vehicles”.

So feel free to rename the topic as “Autonomous Vehicles” as the current title was not my doing.

@Fred123, it’s a great topic regardless of title. Some of us might call them driverless, and others autonomous. And there is certainly a very serious side - for the potential to change how we use vehicles reducing the road toll and now we view reliability of the AI that guides the vehicles.

Too often the impacts of major changes like those that autonomous or driverless represent are not well thought through. Marketing spin highlights or distorts the promises, while the risks and issues that might concern consumers get lost in the noise of the promotions.

The implications for privacy are significant as are those of AI reliability.

So feel free to rename the topic as “Autonomous Vehicles” as the current title was not my doing.

Fair enough - my comment was a serious comment said in jest and not a poke at anyone as such. Even way out here in the boonies, the zombie apocalypse is in full swing - people can’t walk, ride, drive without operating a phone. I saw three people riding horses only yesterday, on a footpath, two were operating phones … This is OT, so I’ll leave it here …

Certainly interesting, and one that should have significant consumer focus because in my view the only thing driving it is profit - operator safety is simply a ticket to profit from what I’ve seen, it has little to do with care for the individual - WHS/EHS/OHS or whatever acronym is used near you is a perfect example of fear driven, butt covering profiteering with a thin facade. I wouldn’t be surprised if this simply adds a few more categories to the statistics making them easier to misuse - drivers killed by the vehice, passengers killed by the vehicle, etc - unless the ‘pilot error’ excuse is used

I think they’ve had the paddles on privacy for some time - people yelling clear, listening to the Bee Gee’s, they won’t give up - but I believe it died long ago …

An article regarding Victorian taxi drivers planning to sue Uber for $500 million. 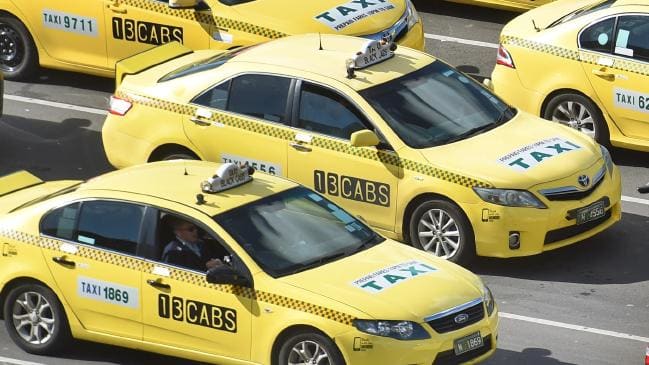 FURIOUS taxi drivers in Melbourne have joined forces to launch a $500 million class action claim against Uber, over allegations the company stole their livelihoods by operating illegally in the city.

But what will they do with the rollout of autonomous vehicles?

Another article regarding autonomous vehicles. 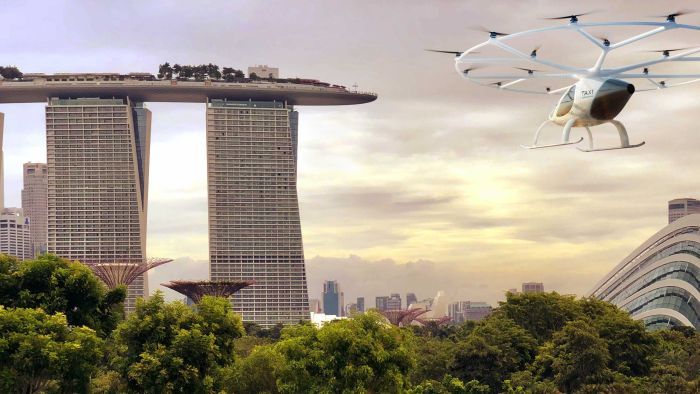 In the race to perfect driverless flying car technology, the high-tech city appears serious about getting the scheme off the ground.

You’d think they would perfect them on the ground first …

I can picture this - the old joke, that I want to die peacefully in my sleep like my grandad, not screaming in terror like his passengers - except there will be no grandad, indeed, ‘no anyone’ at the wheel 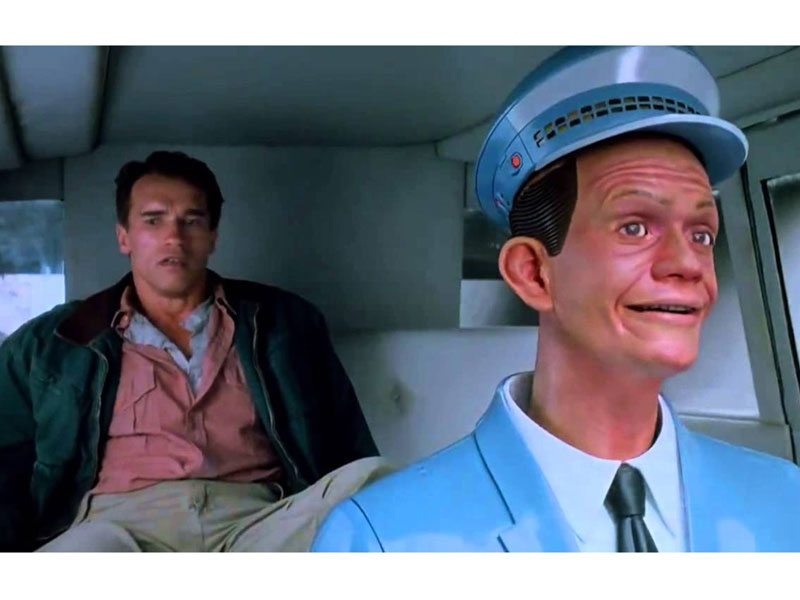 Hopefully, just because something appeals to the inner child and awe inspired consumers, does that make it a suitable solution to a need we may not have?

Manned flight is not a very energy efficient process.

The Hitchhiker’s Guide to the Galaxy states: “There is an art to flying, or rather a knack. The knack lies in learning how to throw yourself at the ground and miss. … Clearly, it is this second part, the missing, that presents the difficulties.”

What are the personal details a driverless car could reveal about you?

Probably not substantially more than what’s revealed by your mobile 'phone.

A challenging question is that irrespective of the cost in privacy is the greater benefit to the community of a fully autonomous transport world a trump card that serves another less noble purpose? Total loss of personal privacy and freedom of movement!

Less freedom or more? The fact that somebody knows about our travels doesn’t make us any less “free” to travel. Fewer of us will need to own vehicles. Travel might become more viable for those who can’t afford it under current market conditions. Yes, there’s a potential for more surveillance. Is that a trade-off we’re willing to make? We’ve done it with our 'phones, after all.

I also can/can’t imagine a world in which the only choice is which vehicle Avis will send for my next journey.

reliability of the AI that guides the vehicles.


Apparently, it’s safe enough - provided there’s a human driver to take over when the robot fails.

An article regarding Victorian taxi drivers planning to sue Uber for $500 million.

If autonomous vehicles take off (so to speak), then transport markets are going to change drastically. That’s probably another task for Choice. What will taxis and hire cars look like? Will they be part of a transport-on-demand industry? Then there’s freight, couriers, postal deliveries - we live in interesting times.

Another article regarding autonomous vehicles.
Singapore to take next step into Jetsons-style future with flying taxi trial

Our neighbours across the ditch have beaten us on that: Air New Zealand and Zephyr Airworks say they plan to work together on making autonomous electric air travel a reality for all New Zealanders.

All the discussion so far is suggesting this is quite a complex topic. Also more forward looking than product comparison.

It seems there are observations that broadly cover:

It would be a massive step for an organisation such as Choice to move from everyday consumer needs to active involvement in the formulation of major government policy and consumer protection in an area of significant challenge to consumers, such as autonomous vehicle use and operation. IE A long way from the best stick blender testing or best travel insurance?

Bringing on the challenge is a question for all of us?

note: Victorian England used the word “Improvements” to describe the act of clearing tenant farmers from their lands in Ireland and Scotland, enabling those granted title to land and in name to acquire massive estates for sheep etc. Everyone else moved to the industrial slums or took leaky boats to places such as USA or Aust or NZ. Hopefully the future of autonomous “everything” is not also a debate about how many of us are needed in the near future? Or can afford the technology to live there?

Good heavens no! It’s not as if Choice has ever lobbied government or anything.

Good heavens no! It’s not as if Choice has ever lobbied government or anything.

I have great expectations for the future of Choice too!
As a consumer organisation Choice is more capable of delivering change than the much broader and larger motoring organisations who are perhaps handicapped through their many commercialised relationships.

Another article regarding considerations in designing autonomous vehicles. 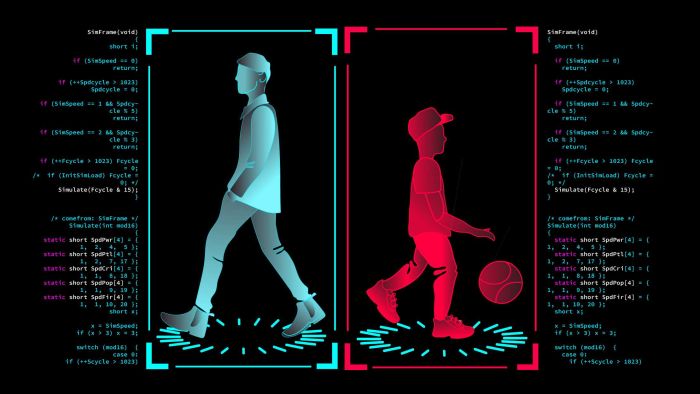 There's an accident ahead. Who do you think should be spared?

I can’t understand why bankers, lawyers and politicians were not included at the bottom of the graph.

It’s an interesting conundrum. Much of what happens too fast for a human to make effective decisions will be within the reaction time of automated systems. Those systems will therefore have to make decisions that are beyond the control of any human driver.

Maybe we should just leave it to Market Forces.

I can’t understand why bankers, lawyers and politicians were not included at the bottom of the graph.

The answer to this dilemma may already be in the article you referenced.

While AI might recognise a stroller in an emergency, it is far less likely to be able to ID correctly a Doctor from a criminal from any other person in its path. And what if the criminal is pregnant?

So the morality test may work in a human mind only. They failed to assess the ability of a human mind to correctly ID the personal attributes in a random blind test. Even by wearing handcuffs a person may not have a conviction or have been to trial?

The moral test while indicative of human thinking bears no resemblance to reality. A machine is no more likely to guess right than a human. It may just react more quickly reducing potential for harm to all.

Perhaps everyone should be marked with a bar-code tattoo. Implanted RFID tags might work too. Then it becomes a simple database lookup: