If you have a problem with your the air con in your car do not take it to Auto Masters as they are not Auto electricians but yet advertise as if they are. this is my story.
Last year my Air con stopped working and I looked up Air con repairs online and Auto Master name was the first name to come up. Under FAQ they advise.
(CAN YOU FIX MY CAR AIR CONDITIONING SYSTEM Yes, diagnosis and car AC repair of vehicle air-conditioning systems is one of our specialties. Find your nearest branch and book your car in today)

Because of this I booked in my car on the 9/02/16 the man there told me the control panel needed changing as it was not turning the air con on.
they replaced it at a cost of $375
I picked up car took it home turned on Air con NO cold air took car back this the guy there said oh we could check the gas (which I thought would have been done) but no!!! they checked Gas and found no leaks. but now they said it needed a Control valve which cost me $100 total cost $195.
I drove car home after and the air con was cool but I did think it did not seem as cold as normal? I then went on holidays and when retuned did not have to use Air Con again untill this October when I discovered NO cold air.
I was so angry I phoned the RAC for advise and they suggested I phone the Dept of Fair trading which i did. they told me that Auto Masters like any other company have a duty of care to make sure a job is done correctly and to the consumers satisfactory otherwise they must refund the cost incurred by customer.

I decided to give Auto Masters in Armadale a chance to ratify the situation which they said they would do so I returned the car to them on the 25/10/16 and received a phone call to say it needed a new compressor at a cost of $860. As I now no longer trusted Auto Masters I said not to do it and I would pick up car.

A friend gave me the number of a Mobile Auto Electrician he checked out the whole thing and told me he thought it needed a new computer as the compressor was working but the signal was not getting through.
He suggested I take it to Hi-Tech Auto Electrics Australia in Welshpool and have it checked. Sure enough it was the computer that was causing all the problems.
They replaced the computer and at last I have a lovely cold car again.

I have been told by all involved that Auto Masters are not Auto Electricians and should not be advertising that they specialise in this.

Before I took this up with Fair trading or put out a review I wanted to give you Auto Masters a chance to rectify this situation.
I am out of pocked to the extent of $670 and would have been out another $860 if I had left my car in for a Compressor it did not need and I still would not have an Air Con.
I contacted the company who got the Manager of Auto Masters to contact me he told me he was not going to do anything about it. He said as I did not bring it back straight away the second time it went wrong then it was my problem even do I did not use the Air con all winter. So BEWARE community do not take your air con problems to Auto Masters unless its just gas or you will be ripped off.

Hi @junehoward, it sounds like you have a good handle on how to escalate this complaint with Fair Trading, and hopefully this approach provides the quickest avenue for a resolution. We may also be able to provide further advice or assistance if needed - please let us know how you go.

Thank you Brendan and yes I will contact you if I need assistance. Thanks for your support.

Hiya Junehoward
I would also like to take the time to thank you for submitting your post to Choice Community to allow all of the other Members to be aware of these types of matters. It is important that we can spread the word about such companies like Auto Masters to as many people as possible so that others can be aware of this company, and learn that they are misleading the consumer. As a lady myself with little knowledge about such matters as the mechanical running of my car’s air conditioner it would have been very easy for me to fall into such a trap as you have experienced, so I would like to thank you for helping make others aware in order to prevent such dilemmas from occurring. If I have a problem in the future, I will be certain to ensure that the Mechanic is an Auto Electrician before he touches my precious BMW. Cheers Natalie

Auto Masters are a franchise and found inconsistency between them. I have been to 2 different Auto Masters with different results. Can never forget Automasters Hampton road Fremantle, about 8 years ago took my car in to have a service, they said I needed new front rear rotors (brake disks)/pads and the exhaust needs replacing as has a hole.
I got the brakes done but didn’t do the exhaust as was very expensive even though they insisted. I visit many service places every year later and asked about the exhaust and they said it was perfectly fine. Got a full service from the manufacture just before I sold it 5 years later and again, perfect no problems with the exhaust…I now wonder if the rotors needed to be replaced and maybe just the pads as the car han’t done that many km at that time…

About the same time I took the then girlfriends car to AutoMasters in Welspool (after recommended by a friend) and were very honest, as remeber saying brake pads were getting low but will get more kms out of them so bring the car back in 12 months to replace. Also said my brake fluid was clean and didn’t have to replace this time to save me money. Sounded very fair.

Thanks Matthewc
I don’t know about other branches but even after reading that there are problems with Auto Masters I was willing to give them a chance in Armadale but unfortunately I now regret it.
I would not have posted this assessment if their Manager or Auto Masters themselves had been willing to admit they had made a stuff up my Air Con. But after contacting the Head office and the Manager of the Armadale branch and been basically given the silent treatment I just have to assume they do not care about what their customers think.I guess they think even if they don’t come back there is always other suckers out there.
I have now placed a complaint with Fair Trading and will be then take it to small claims if no joy as I feel very strongly about been ripped off and the company not taking any responsibility .

For what it’s worth, I’ve been taking various cars to one of the Repco franchises for years, and I’ve found them to be excellent.

Automasters fitted an alternator to my vehicle without the base nut, so that the ring terminal was flat against the plastic base of the alternator. The ring terminal was then tightened down hard so that the ring terminal through which the charge was conducted to the battery had a plastic base, rather than a metal base. I returned my vehicle to Automasters Perth, in Northbridge, when the first alternator they fitted eventually failed, and they fitted another alternator. There was clear black and burning evident at the terminal. However, I continued to experience charging problems with my car. I returned the car to Automasters Northbridge, but they told me the alternator was charging correctly and nothing was wrong. Eventually, while driving far away from home, the alternator failed completely, with the ring terminal fusing into the plastic base on which it was incorrectly fitted, with my ABS braking failing, my SRS airbags failing, and the engine losing power suddenly - stranding me on the side of the road. I did not have phone coverage. I was very fortunate it did not cause a serious accident - no ABS and no SRS airbags.
Please see photos attached as evidence of the burning and heating damage - which a qualified mechanic informed me could have caused a fire under the bonnet. (Currently unable to upload photos for some reason - but will try again - or PM me) .That Automasters Northbridge could incorrectly and unsafely fit an alternator TWICE in this way bamboozles me. And how did they not pick it up when I took my car back to them? I am told this is mechanics/autoelectrics 101. When I contacted Automasters Northbridge, giving them photos of the alternator terminal, I was treated with disdain. Despite me having given Automasters 2 opportunities to make good on their incorrect and unsafe fitment, I was told I should have returned the car to them to fix and because I didn’t, they would not cover the cost of my new alternator. Needless to say, currently, I am taking Automasters Northbridge to court. As a registered psychologist, I am appalled that a business can treat people like this. Paul Smith 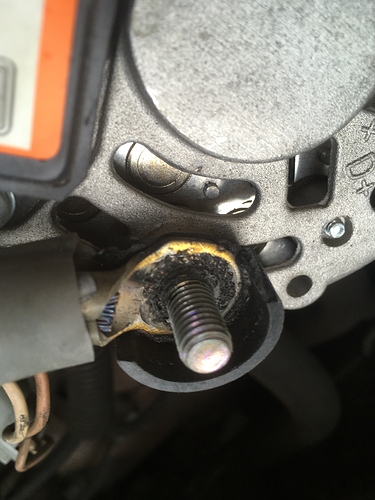 Lots of unhappy campers for Automasters Northbridge on Product Review. As has been posted above Auto Masters has many locations and customer experiences seem to vary.

Franchise systems that apparently do not monitor or uphold service quality are not unique to automotive services and the good ones suffer reputation because of the bad ones.

and 3 is ok and 4 is running a bit rough … well let me tell you it’s only running on 1 blowing it’s butt off with smoke and can barely move in drive No diagnostic print out My Nissan Navara was sent there by Wangara used car Centre by the way don’t ever buy a car from them either my car I paid 11k for I had for a total of 13 days and it died They have taken no responsibility for selling a lemon and have refused to get it fixed under consumer protection law and I believe that someone associated with the business was fined more that 80k back in 2013 for selling dodgie cars but still has a sales licence. In WA they have teamed up (Wangara auto masters and Wangara used car Centre )

Assuming your experience is fairly recent so it could be pursued, your comments suggest Auto Masters Wangara might not be one of the businesses that owns up to their responsibilities?

Since it appears there may be ‘big dollars’ in the game for you, have you formalised your interaction using a Letter of Complaint? There are many links on the Community to your rights and that process. Search ACL, Australian Consumer Law, or Letter of Complaint. For example, reciting their responsibilities to them on the phone is comparatively idle chit chat as I call it. Everything needs to be documented in writing (immediate real time logs of what transpires during calls may or may not suffice) , and you need proof they received your Letter of Complaint.

If they ignore a Letter of Complaint that is evidence to take to your Fair Trading (unfortunately a hit or miss exercise whereby only companies that are willing respond or comply), to your xCAT tribunal, or for seeking damages in a court for a valid claim.

Please let us know if/how you get your Navara sorted.