An article regarding the appalling treatment of overseas garment industry workers. The non-for-profit organisation Oxfam has published a report calling out Australian-based brands for failing to credibly commit to living wages in foreign countries.

And the workers could receive a living wage if the companies paid a lousy 10 cents more for a T shirt.

All Australian consumers should boycott the companies named in the article.

All Australian consumers should boycott the companies named in the article.

They shouldn’t be boycotting the companies as there are a multitude of others that also manufacturer in countries like Bangladesh and not listed in the news article. Targeting the few exsmples listed may shift consumers to other companies (not listed) but source products from factories with similar work conditions.

Consumers should possibly avoid buying clothes made in countries where an employee’s welfare is not a major consideration.

This does pose a dilemma though, boycotting clothes from a particular country may increase the problems the employees face, as no work means no pay/money ro live off. Such countries don’t have the luxury of a social security system like that of many western nations.

boycotting clothes from a particular country may increase the problems the employees face, as no work means no pay/money ro live off

That is the classic catch-22. Business as usual guarantees no change. A boycott might cause lost income or it might result in some improvement to the workers lots in life, regardless of how small, IFF (if and only if) their corporate customers then do the right thing with their supplier contracts. The latter live for profits and dividends, so what are the odds, although some companies have stepped up even if only a little.

although some companies have stepped up even if only a little.

Yes. 2 of the 11 investigated apparently decided to change their ways for the better.

What sort of businesses would be happy to see these people living in abject poverty instead of paying a lousy 10 cents more for a T sfirt?

What sort of businesses would be happy to see these people living in abject poverty instead of paying a lousy 10 cents more for a T shirt?

I won’t get into the ideological aspects or politics, but most of them as evidence shows.

What sort of businesses would be happy to see these people living in abject poverty instead of paying a lousy 10 cents more for a T sfirt?

There is also the question why consumers change the lowest prices for products and many seem to be unwilling to pay a fair price for many items. If consumers didn’t buy cheap items, retailers wouldn’t stock them or chance manufacturers which can offer even lower prices.

My impression from the article was that it was not regarding the lowest retail priced articles, but rather all articles, all of which are being made with exploited workers.

Consumers chasing the lowest prices do not usually make Myer, Zara and the like their first stop.

@Fred123 @phb
Often what I term Marquee brands are made in the cheap nasty workplaces. Tommy H (name obscured somewhat to tread carefully) and others do it yet their clothing sells for large amounts compared to the cost of production and distribution.

We buy cheap often because we are in reality cash poor in relation to our income vs expenses. If wages/salaries/pensions and other welfare payments don’t rise sufficiently then people must squeeze costs somewhere to try to maintain a steady living standard…TBH does anyone want to go backwards in their lifestyles? It is obvious in Australia there are enough people already feeling the pinch and having to resort to Charity organisations to try to keep their heads above water. As an example of the squeesing more than 1/3 of pensioners being under the functional poverty line in 2016 (as assessed by the OECD 2016 report) and ACOSS’s 2018 report found that 13.2% of the population (around 3 million people) were below that poverty line (poverty line of 50% of median income). This 3 million figure includes 739,000 children (17.3% of children). Worse is that “Many of those affected are living in deep poverty – on average, this is a staggering $135 per week below the poverty line”. To put $s to that the poverty line is “$433 a week for a single adult living alone; or $909 a week for a couple with 2 children”.

Is it any wonder then that they often buy the cheapest products they can find? Therefore is it any wonder that manufacturers make the cheapest products they can so they can still make profits (setting aside the desire for more for less that seems to pervade some production houses)…and so this vicious cycle just goes round and round and workers in many places are forced to accept a pittance for their work…

Another article regarding the garment industry. 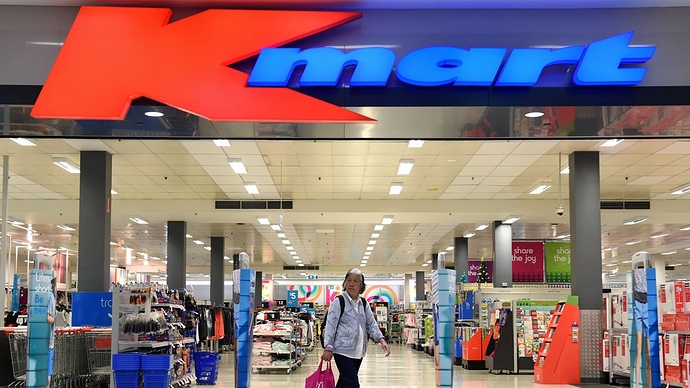 Myer, Just Jeans, Peter Alexander and Katies have all been labelled 'naughty' for refusing to reveal which ...

Amazing that discount retailers such as Kmart and Best & Less do not need to cheat workers out of a living wage.

This Christmas some brands have been behaving better than others. Which brands have made a real commitment to a living wage, which would lift the women who make our clothes out of poverty?

Amazing that discount retailers such as Kmart and Best & Less do not need to cheat workers out of a living wage.

Not the case, if one listens to the 9News article, even though the ‘nice’ list has made some improvements, they still haven’t lifted the workers making their clothes out of poverty. It does beg the question why OxFam thinks they are nice. Maybe they should have said that they have made some commitments but a still long way to go to ensure that factory workers receive a fair wage to lift them out of poverty.

The ‘nice’ list is only about business making commitments, not actually delivery a living wage today for workers in factories.making their store branded clothes. Commitments are only commitments until such time they can demonstrate a real improvement.

The moral high ground will make us feel great, but if we don’t buy those workers may not have jobs at all, even if the work conditions and pay are appalling. Then they starve, or can’t educate their children, or can’t afford medical bills, etc.

What’s worse for the workers?

An argument could be mounted on our workers under the same basis. Let’s pay our dairy farmers the smallest possible that we can get away with so we can all drink milk at the cheapest price we can while still providing the sellers of the product eg Supermarkets with their profits. If we increase what we pay others they buy more and if they buy more then we can sell more and we can make more money so higher wages…of course in a finite world infinite growth has to fail somewhere. We need a different way so that all get what they need and the wealth is distributed more equitably. I don’t know the answer but forcing people into income slavery is not the way.

We need a different way so that all get what they need and the wealth is distributed more equitably. I don’t know the answer but forcing people into income slavery is not the way.

I am not positing that we continue to pay poverty wages. I am merely questioning the moral knee jerk reactions that sometimes occur without examining what is best for the workers concerned.

Perhaps they were sold an idea that working in these industries was going to improve their lives. They moved on that promise leaving behind a lifestyle that while it wasn’t rich provided them with a better life. Once they arrived and found themselves in “slavery” they couldn’t go back because they had given away everything to move in the first place. They are now caught between a rock and a hard place, what they have now is not good for them but until they die any food they get is better than none?? Probably what’s best for them was the life they left behind and what they have now is not living as we consider it.

The creation of modern slums often come about from migration to urban centres where people have thought that moving to a city was going to provide a better life, and all it did was bring them dispair.

When the wealthy were wealthier, the control of parliament assured in their favour, and the over breeding of the masses, including the lesser Catholics (a common English Victorian era view) mainly of Ireland had been countered? I’ve left out more sordid details on famine and disease as well as ‘the Clearances’ of Scotland. There are many wicked things done in the first 100 years of industrialising GB that mimic how many now live in the third world.

Well into the industrial revolution, there was a turning point. The New Victorians adopted moral fortitude and the principles of ‘reform and improvement’. Some suggest this was a social parallel to the mechanised industrial revolution. The moral code came with a very narrow vision of the Christian religion.

GB grew vastly wealthy and powerful over the 19th century. It’s care for those it traded with or occupied. Free trade ‘trumps’ all.

It took massive destabilisation, the first Great War (WW1) to see the older order fail and more meaningful reforms for GB. Other nations are now on their own journeys.

Is it ok to become involved? On one hand saying no might feel easier, while others would prefer to intervene. At least we should all know the bare truth, before we decide what as consumers we can do.

P.S.
On a grander scale, should Australian consumers refuse China made electrical, PV and battery products? After all they are the worlds no one GHG source and increasing output every year?

boycotting clothes from a particular country may increase the problems the employees face, as no work means no pay/money ro live off. Such countries don’t have the luxury of a social security system like that of many western nations.

That is a long standing ‘argument’ for business as usual. Taking the concern at value, would exploitation fall into the same basket when it puts food into a very poor family’s mouths where otherwise they would suffer and there is no social service support to mention?

Moral indignation and exploitation may be of little ‘local’ interest when those affected are desirous of at least a meal a day.

The only viable solution is perhaps impossible, that being somehow having those foreign jurisdictions raise their games in social services (everything from safe factories to unemployment benefits), regulation and oversight, and laws applicable to all so people do not have to endure exploitation to survive, whether it is abused children or a garment worker.