Firstly congratulations to @mark_m , @JB456 and @evanstrish3 for their posts in the July Challenge . They have been awarded the Challenge Badge . All posts were interesting and thank you all for contributing .

AUGUST FOOD CHAMPION’S CHALLENGE This month we are looking for your favourite Cookbook . If it is anything like mine it will have dog eared pages and notes of paper and additions hanging out of it .

We look forward to your input .

We had a copy of The Australian Women’s Weekly Cookbook since we were married in the early 1970’s.

The only downside was that it used imperial measurements which needed converting to metric, but it ended up being so worn, it was falling apart.

A few years ago I managed to get the updated version which had the measurements in both imperial and metric.It was and still is in excellent condition complete with the original owner’s name together with enclosed hand written & typed recipes and magazine cutouts.

My wife still uses it regularly.

We bought one of our children a modern version some years ago but it did not appear to be anywhere near as good as the old ones.

‘the internet’ … closely followed by: 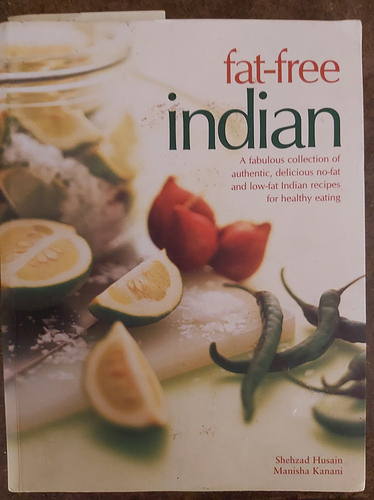 Nearly all of the Australian Woman’s Weekly Cookbook range!! They are so reliable, and the finished recipe/s actually look like the photographs… Plus the original Margaret Fulton cookbook, used and used, even when in pieces. (I fortuitously found a replacement, in excellent nick, at a local garage sale, ditto with the book below.)
And - Don Dunstan’s Cookbook !! Not a lot of recipes, but his use of local/homegrown produce and Asian/Mediterranean recipes were an eye-opener (published 1976) . It’s still a great read, even if Australia now has access to ingredients from world wide countries and cultures 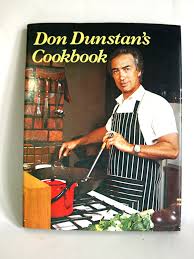 The Complete Asian Cookbook Charmaine Solomon. Still in print after four decades I believe. It sent my love of Asian food in the right direction many years ago. I still have the original, dirty and battered, a bit like me really. Charmaine’s hair is no longer black but she is still writing and doing good work.

Mrs Beeton’s Cookbook 2nd Edition I think plus the updated one with B&W pictures (also use the Household Management one still).

We have many cookbooks but tend to rely on the internet more and more for recipes. That said, our favourite cookbooks include:

We have many more, but these are the ones which we frequent the most in the internet age.

From all (anecdotal and not peer-reviewed afaik) accounts, he was somewhat of a whiz in the kitchen! That, and he saved Adelaide from both an earthquake and tsunami … 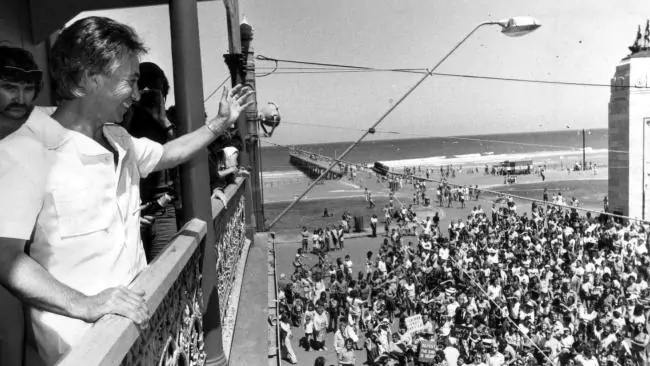 Probably my nan’s circa 1920s cookbook that she brought with her from Birmingham - it’s a family heirloom, and extra precious because of her handwritten annotations in the margins, though it’s a little heavy on the tripe and suet for our modern tastes.
Another favorite, though not really a cookbook per se was the (sadly now defunct) Lucky Peach magazine - a food, travel and chef-adjacent publication put out by none other than David Chang, each issue contained three variations on a given dish - the classic, the historic and a funky modern take. Marko from Craft’s recipe for gnocchi was a personal favorite, and it was written more as a conversation than a recipe, which was amazing. And it was the best gnocchi I’ve ever tasted.

The Cook’s Companion by Stephanie Alexander still gets good use in this kitchen.
And for sheer aesthetics, cannot go past Yotam Ottolenghi’s books, although I must say I haven’t really cooked a lot out of them.

Here are a few photos I have taken of my wife’s late mother’s DIY recipe book which consists of a homemade book with handwritten recipes and cutouts from newspapers and magazines glued inside it. 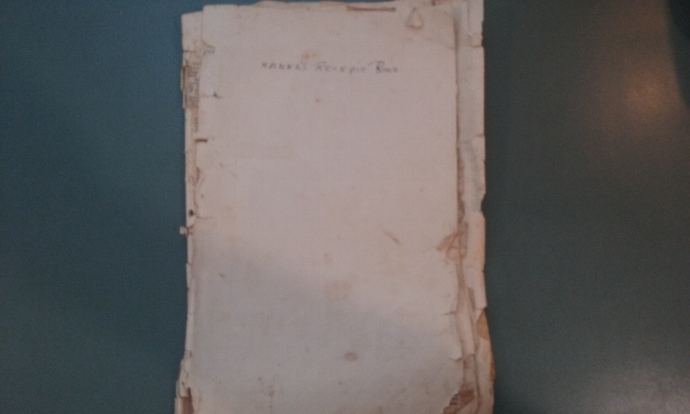 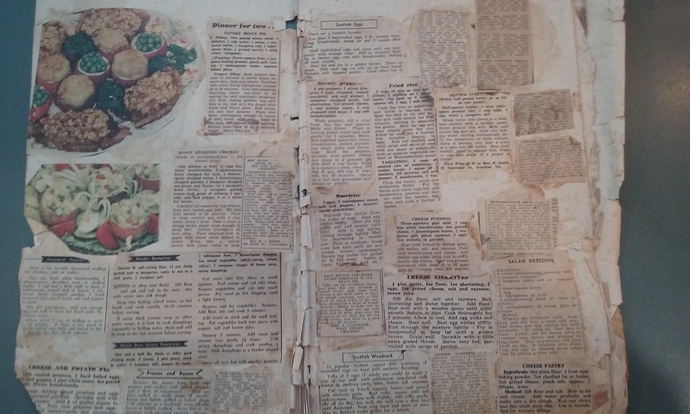 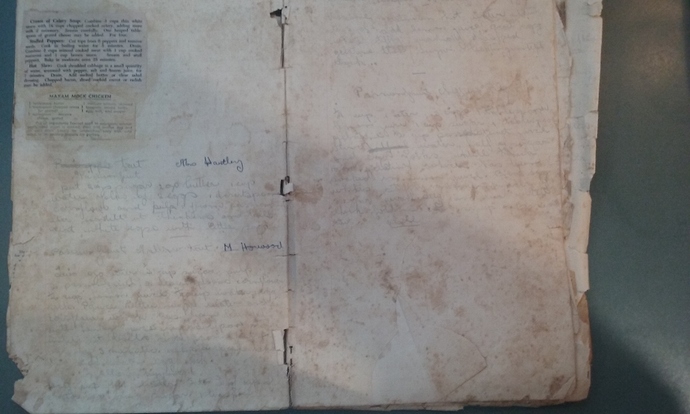 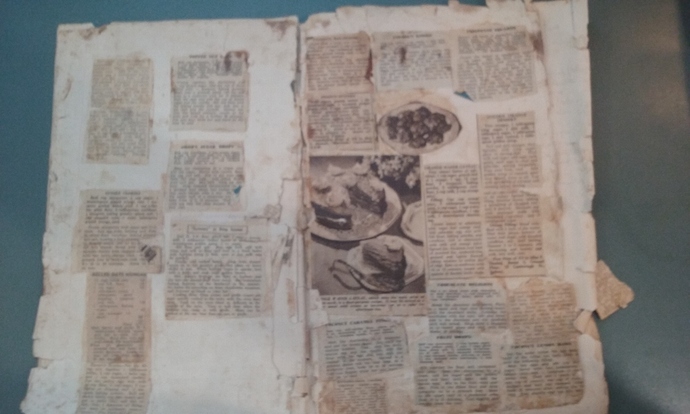 The images are not real flash but neither is the condition of the book.

All Ottolenghi plus his recipes in the newspapers, as they don’t make it into his books and they are amazing.

Thomas Keller cook books, have 2, bought them as I knew I was going to meet him. He only signed one book. Cook on and off from both. Didn’t think I would as much.

Some Neil Perry Books get a work out, same for Gordon Ramsay.

Was planning on giving Julia Child cookbooks a whirl this year but COVID happened and not working enough.

Ingredients are not cheap. Neither is equipment replacement. have just replaced water filter $300, need to still replace blender and microwave…

The Good Housekeeping Cookery Book is my go to. I have my mother’s edition from 1957, my first edition from 1985 and a revised edition from 2004 (some more ‘modern’ recipes). Lots of sensible advice and classic recipes, not much Asian!
That said, I have far too many cookbooks, with my favourites being Nigel Slater (whose very writing makes me drool) and Annabel Langbein and Nigella Lawson for simple tasty recipes.

Rick Stein’s Seafood Odyssee. Straight forward seafood recipes that are delicious. It even have some shortcuts on how to make sauces such as hollandaise really easy (and tasty).
Apart from that I have a Danish cook book from the 60’ies that tells you everthing basic from start to finish. From boiling an egg (it is in there) to making real bearnaise sauce.

Hi, I’m a 70 year old male, My favourite Cook Book is my mum’s. Mum was a member of the Country Women’s Institute for 68 years and she was made a life member, my kids copied the book she had put together on their phones and typed it out and sent it to her for editing and she went through and corrected any mistakes, the last correction she made was to add a teaspoon of vanilla to the never fail banana cake. Mum taught me to cook and the recipes I make the most are the boiled fruit cake and the never fail banana cake. You can download a copy if you wish from;

Welcome to the forum @ingridannaemery and thank you for your post .

Welcome to the forum Rob @rttech and thank you for the input .