We’re happy to see the ACCC take action on dodgy flushable wipes, which have been known to clog pipes and cause expensive repair bills. You can see our testing the wipes in the video below.

If you haven’t already, join our flushable wipes campaign here.

About time! A $3,000 bill from the plumber, a $200 repay from the Water Board. It was their pipes that cased the problem!!! Stuffed up with FLUSHABLE WIPES.

My problem started with lots of gurgling in my pipes, then the sinks and loos started to throw stuff back - yes throw stuff back to the sinks and loos. Thinking I HAD A BLOCKAGE I called a well known plumbing company. By the way they were spot on with finding the problem. I HAVE USED FLUSHABLE WIPES BUT NEVER PUT THEM IN THE TOILET, THEY ALWAYS WENT IN THE BIN! So it wasn’t me.
After digging up all my brick paving in my back garden to get to the pipes they discovered the whole streets’ sewerage had started to back up into my place due to a Flushable wipes blockage, along with surgical latex gloves and other stupid things some people think can go down the loo? Because my plumbing was older than the rest in the street I did not have a valve to stop this. The blockage actually was on my neighbor’s part of the sewerage pipe but because I didn’t have the shut off valve and they did, it all backed up to my pipes, hope that makes sense?

The Water Corporation WA called and verified the blockage being Flushable Wipes. I then requested a map of the sewerage line -.I can tell you by this stage I wanted to begin a witch hunt on the possible 10 offending properties. I didn’t, however.

I phoned the local council (Mosman Park WA) and The Water Corporation WA suggesting they warned people about the damaging results Flushable Wipes have on poor unsuspecting people. Deaf ears until now it appears. Lets hope they will listen thanks to your action.

That leads me to the miserable $200 the Water Corporation gave me as compensation. Perhaps they too should be investigated. After all it was their pipes that were stuffed with crap and caused the whole situation! They were aware well before my problem and did nothing to let people know about it

Background
These proceedings followed a complaint made to the ACCC by the consumer advocate group, Choice. Choice awarded a “Shonky Award” to Kimberly-Clark’s Kleenex Cottonelle Flushable Cleansing Cloths for Kids in 2015.

Pental to pay $700,000 in penalties for ‘flushable’ wipes claims

Another pifferling small fine for selling these products for somewhere near 5 years. ACCC says it’s a strong message, why? How many blocked sewerage systems, how many items sold, and then the Court time and costs…Almost seems like just another cost of doing business and really just a comparatively small one at that.

I can only assume 12% of a single year net profit for doing the system (pun intended) over 5-6 years must be a strong message since the ACCC says so.

Our sarcasm and cynicism must be siblings as we both see the “strong message” as being “do it again as you will sell more product that will increase the profits beyond expectations and the cost of Court action will be easily adsorbed” message.

Added to all this insult is Where in Hades is compensation for all the costs that have had to be borne by consumers eg plumbing call outs. Funding the Government coffers via fines is in no real sense Compensation for those lost funds. I think it should be a standard part of a successful case that compensation is to be paid to any consumer who can show proof of the cost of rectification of an issue (including interest on that compensation).

Where in Hades is compensation for all the costs that have had to be borne by consumers eg plumbing call outs.

It goes with our deficient judicial system. Here is a typical outcome where the perp is found guilty, fines go to government coffers, and while only implied, the victim is out his excess and his insurance company pays.

where the perp is found guilty, fines go to government coffers,

OT for a mo - Not the first parking altercation this guy has caused and here’s his driveway in November 2015. 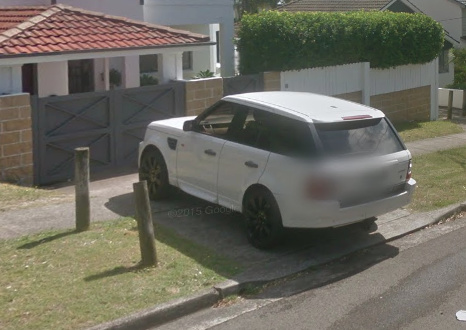 Of course her correct course of action would be to photograph the offending vehicle and report it, but I reckon the reporting on this one is on the side of the minor-celebrity …

It goes with our deficient judicial system

I agree wholeheartedly but the legislation specifically allows the victim compensation, so why don’t the ACCC when they fight these actions include that as part of what they hope is awarded ie that victims must be compensated for proven costs (and interest). But the vast majority of the time I see the fines but no compensation orders, I think this needs to change.

I don’t think many saw that coming.

Yes a sad day perhaps particularly for our sewerage systems. Perhaps the Sewerage Treatment authorities need to sue when the wipes create a problem, they can probably show that the items caused the issue so the manufacturer who created them perhaps has to bear some of the cost of repair/removal of the offending material.

Should we be surprised? Only at the stupidity of the outcome. Has the ACCC really done it’s homework? It would seem to set a precedent in testing any similar action concerning what is deceptive and misleading.

Perhaps literally they will flush down the cistern, but there is also an implied promise that means all the way to the treatment plant?
Hopefully it is appealed!

Perhaps ‘big brother’ aka the government needs to legislate and ban them outright, or to require a change that prohibits the labelling, substituting advice to not flush. The Govt has demonstrated its power to change how tobacco products are labelled. Kimberly-Clark deserve no less.

The wipes are banned in our household, as I know the local septic engineer!

Yeah, I could flush a lot of things down that drain so they could be considered flushable but safe or suitable to be flushed is another matter indeed. Among some of the more common items I am sure would be certain ‘rubber’ items, feminine hygiene products, gold fish, baby wipes, & the odd disposable nappy.

Here’s the court’s judgement on flushable wipes for those interested. In particular, the court found:

12 There was ample evidence that “wipe” products generally are a significant management problem for municipal sewerage systems, impairing the function of infrastructure and increasing maintenance costs.

Maybe Councils/water authorities could use the technique called ‘return to sender’. Drop off a load of collected wipes on the front lawn of KCFC to demonstrate the problem.

Maybe like @phb suggested they could take a great lump of ample evidence and deposit it…but why do that at KCFC as the judge needs to see the evidence demonstrated so maybe the Courthouse might be a better premises to display it at…gas masks optional.

The ruling based on that makes no sense to me at all!

I might be missing something, but it appears the issue in play with the ACCC/court case is not the wipes but the advertising claims of the wipes, and specifically they are safe in well maintained plumbing systems, blah, blah.

In contrast the problem is they do not readily dissolve and cause clogs as well as contribute to fatbergs.

Imagine a law prohibiting putting anything except approved and certified toilet tissue down a toilet (save for the purposeful contents) and enforcing it. That would solve or reduce the problem IF such a law was practical to enforce, or at least if a sufficient number of wipes users willingly complied. How about a ‘wipes user license’ issued by government, and required to buy them,proceeds theoretically used for sewer maintenance (but we can reliably expect where the funds would really go).

The latter is on our government(s) that take glee in enacting any and every bit of legislation what might bring them a dollar in penalties yet they have not done this.

It occurs that another potential solution is mandatory fitting a coarse screen to each sewer connection. The typical flotsam would pass through but undissolved wipes would not. Any wipes caused clog would thus be contained within the offender’s plumbing. Reckon that would send the proper message?

The consumer watchdog is appealing a Federal Court ruling that Kimberly-Clark’s Kleenex wipes are suitable to be flushed down the toilet, arguing that the risk of harm to sewerage systems was overlooked.