Mr Sims said the combination of existing large players and weak merger laws has resulted in Australia having some of the most heavily concentrated industries in the world.

“Without action, market power in Australia will become further entrenched; and will certainly not reduce.”

Australia has the Foreign Investment Review Board (FIRB) powers which could easily be replicated to include domestic takeovers and mergers.

The FIRB is many times just a rubber stamp on approvals. Copying that seems not very worthwhile, giving powers is not very useful if they aren’t usually applied.

The FIRB is many times just a rubber stamp on approvals.

That isn’t the case. There have been quite a few decisions made over the past decade where foreign acquisitions in Australia have been deemed not to be in the national interest. They have been refused by the government on that basis.

The legislation has also been changed recently to restrict acquisition of businesses which serve to Australia’s national security. This will prohibit many foreign entities taking an interest in such businesses.

The FIRB legislation currently has a value threshold which could be changed to a percentage of market share to ensure ongoing competition rather than consolidation.

Australia has a history of prioritising the protection of businesses before the protection of consumers. I think the (fallacious) view has been that thriving businesses will trickle down benefits to workers and consumers, and of course benefit the Government by paying higher taxes. We now know based on experience that this is completely wrong. The biggest businesses pay the least taxes, and the executives and shareholders reap the benefits not the workers and consumers.

It is long past due that people in positions of influence started speaking out, and leading change in support of consumers.

A stinging rebuke of the FIRB.

Some overseas companies are making a "mockery" of Australia's foreign investment rules by failing to follow through with promises they make when seeking regulatory approval for investments, a Senate inquiry has found.

Only a ‘mockery’? Failing to follow through is a time ‘honoured’ tradition (Holden comes to mind as a ‘standard’) as well as imported CEO’s who saw quick bucks for the taking (remember Sol Trujillo), all that took the money and ran. The former gave Australia the finger, the latter just to Telstra.

I opened this topic as the concentration of providers of goods and services is of immediate interest to consumers. Perhaps there are some relevant remarks about merger legislation rather than the FIRB and wandering off into the failures of imported CEOs. So far the posts are running zero to six.

Many of these businesses are also heavily owned by Foreign players or are subsidiaries of foreign players. FIRB is supposed to have oversight of that. Then we have the ACCC who are supposed to look at internal market dominance and contest when they see mergers concentrating power against consumer interests (which makes it somewhat ludicrous for the ACCC bemoaning said concentration) and then we have Ministers who with the stroke of a pen can award and approve mergers even against advice.

If they want merger law overhaul then the ACCC needs to submit what changes they want to the Govt of the day as per their remit to advise of recommended/required changes. The public bleat of the ACCC is what always happens when the populace gets a bit heated about concentration to draw attention away from the ACCC failure to properly address their tasks. ASIC/APRA in the Business and Finance Worlds are meant to govern the behaviours and competition of their responsibilities, the Banking Commission showed the abject failures of those two to even uphold their requirements, if they had prosecuted their tasks with the due diligence required then the failures we saw and see would likely not occurred. However even with that legislation and the exposure of failings nothing seems to have materially changed.

That’s were the failing lie…

Mergers and acquisitions are important for the efficient functioning of the economy. They allow firms to achieve efficiencies and diversify risk across a range of activities. However, the Competition and Consumer Act prohibits mergers that would have...

Possibly Rod Sims should be asked how some have slipped through to the keeper and what the ACCC plans to do in the future?

Rod Sims should be asked

Mergers and acquisitions are important for the efficient functioning of the economy.

It still remains to be explained how foreign ownership of core sectors of the economy, serves the best interests of consumers, and the nation. 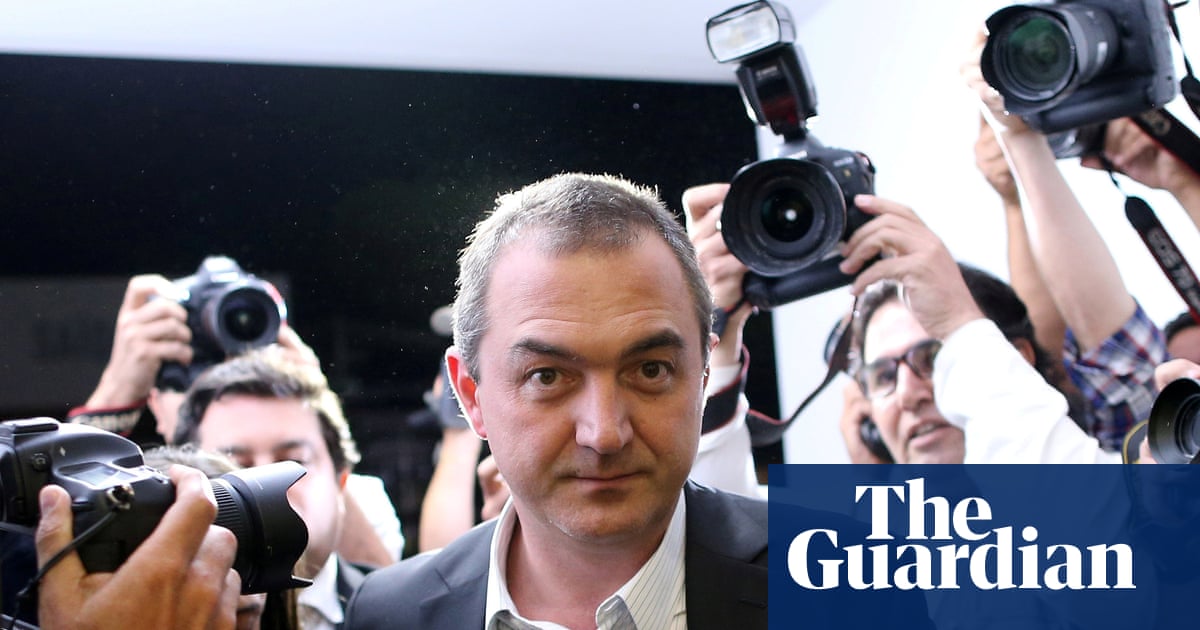 Meet the Batistas: the global beef barons battling for control of Australia’s...

JBS, which is trying to take over pork producer Rivalea, now finds itself in a stoush with Andrew ‘Twiggy’ Forrest over Tasmanian salmon farmer Huon

That one of the Foreign players already has a significant Australian interest in beef and sheep also drags the FIRB and it’s Federal Minister into the spotlight.

Hi Meltam, I agree with what you say, what can we do about this when you are campaining against money and power. Thanks

An interesting question @Macca69. We can stop voting for the political parties that uphold the current status quo, and start voting for others.

If there are no others, the it only takes one person to start a movement. Occassionally a movement strikes a resonant chord, such as in the case of Greta Thunberg, and takes off. Even if the movement doesn’t take off, it may inform and educate. You could treat this forum as a movement to support consumers. Invite people to join, read, and become involved. Perhaps they too might become active in spreading the word!

We can stop voting for the political parties that uphold the current status quo, and start voting for others.

It possibly won’t give a different result as there has been bipartisan support for recent changes to the ACL and other consumer related legislations. There might be the odd independent with a differing view though.

Unless one political party dramatically changes their current positions, it is unlikely that a vote at the next election will make much of a difference to the status quo.

I think @meltam was talking about not voting for any of the major current parties that are stuck in the mud eg Labor and LNPs. I’m guessing it is about voting for Independents and other parties that show a willingness to move or be out of the rut. @meltam is welcome to correct me if I’m wrong.

it is unlikely that a vote at the next election will make much of a difference to the status quo.

Right on, but a voter strategy that would work is replacing the bipartisan incumbents with members who promise ‘to do something’ (even though they probably will not) over and over until they get the message.and do it. The odds of that happening are akin to calling all the Win, Show, and Places in all the races at a Melbourne cup.

The other strategy is obviously starting a new party or electing enough ‘good’ independents to make a difference. It gaining a critical mass might require calling all the Win, Show, and Places in all the races at two or more consecutive Melbourne cups.

Yet if nobody raises their heads and voices we are destined to endure the status quo, so I empathise with @meltam’s point.

Possibly not, unless they can somehow convenience the major of parliament to support and back any private member bills they present.

The better option is for organisations like Choice to continue to campaign and lobby the parliament (every member rather than the government) to encourage change. They have been successful recently with changes to superannuation laws which have moved slightly back towards the consumer (against the wishes of the super funds) and is also campaigning for safer products (which is likely to also get mileage if there is overwhelming consumer support).

Possibly not, unless they can somehow convenience the major of parliament to support and back any private member bills they present.

Do I infer you think Buckly has a chance of calling all the Win, Show, and Places at consecutive Melbourne cups?

campaign and lobby the parliament (every member rather than the government) to encourage change.

As long as the front bench does what it wants, the backbench can be noise until it has the gumption to roll the front bench. That is often akin to calling all the Wins at a cup. OTOH they have been known to roll their leaders for myriad other reasons OT here.

Debatable, but not for here.