Linda Burney may be well intentioned but she doesn’t always have the most practical approach to problem solving. Let us see what Mr Thomas and WAM work out before getting too excited.

Another article regarding the EU demanding Australian producers stop using names that use European “geographical indicators”. Australian cheesemakers call for government support to change names of their...

The Australian producers are struggling to come up with alternative names but I will try to help them out.

Seriously? I realise that the EU demands are a little annoying, but manufacturers change labels and product names regularly!

Another article regarding the EU demanding Australian producers stop using names that use European “geographical indicators”.

With the EU noted for playing games with subsidies that deliver products into Australia at substantial discounts to local production, does it matter what the trade name of their agricultural products are?

Providing the most prominent mark on the produce is “Product of Europe” I’ll know which products to avoid.

Mu understanding is that they are not referring to the cost of changing the labels but on their expected loss of sales when existing customers no longer recognise their products and new customers avoid them as they do not associate them with being the same, or better, than the EU products but with a different name…

Why not just use some smarts in the labeling and marketing.

loss of sales when existing customers no longer recognise their products

I’m sure there are ways to relate what the Aussie versions of European products are and how good they are.

Or am I being too silly?

Couldn’t they add something like “Similar to the “xxxx” variety of xyz product from xyz region” or “Made similar to the xyz variety”.

“Made similar to the xyz variety”.

We already have ‘made by the champagne method’, or ‘methode champenoise’ , or ‘bottle fermented’.

Getting a bit ridiculous and a bit annoying.

How about the Australian government proposes to ban all the disputed geographical names? Level playing field. Every producer is going to have to change the name of the product - and lose the product recognition in the process.

How about the Australian government proposes to ban all the disputed geographical names?

What the EU proposes is no different to which has occurred in Australia.

Australia in the past has overcome any changes in name usage…often to the benefit of Australian products as one then can easily determine the Aussie product when compared to the foreign/imported product.

If the EU succeeds in this, can I send them the bill for reprinting and repurchasing all cookbooks that reference disputed ingredients?

You don’t get too many arguments when a regional name indicates only a geographical source of food or drink, arguing to be able to use that location when your product doesn’t come from there is rather silly. Oh that it was so simple.

In the way of things regional names gain greater meaning over time. They start to signify a certain grade and style of product that is peculiar to that region and then the fact that it is a place name is lost and the symbol represents things less tangible. When the name becomes a valuable trade name with a reputation those who think they have a right to that value get very defensive. What is wrong with that?

Well take it the next step to where the name signifies a category of product that may once have been just a region but now is not. How can you claim exclusive rights to making a certain category of product? We protect with patent a design or process, intellectual property gives some rights to the owner but we are talking about the name of something that many people have the ability and opportunity to produce. The dispute is about the name not the (re)production.

This is related to trademarks that become diluted because the meaning moves from a product that was the name of the eponymous originator to a generic object. So Zamboni was a man’s name that became a generic term for an ice rink groomer. Mr Jacuzzi was a man, now jacuzzi means hot tub. Ditto Hoover, Yale, etc. $$$ Apparently Coca Cola go to a great deal of effort to prevent their brand names from sliding down this path. Should it be agreed that Coke means any cola drink they have just lost their trade name.

So we get to conflicts like the one over the name Prosecco. It is a grape variety and a region and those in Italy who have moved that along now want to own it exclusively. Except that they were not the only ones to work of the use of the variety and developing it into a recognised style … see you in court.

So how do you distinguish between a name that has become common usage, a word that anybody may use, and one that is a trade name that only certain people may use? As usual the people who will make the most out of such a dispute are the professional word choppers.

$$$ I have no idea if these names are now in the public domain or not, I just wanted to use well known ones to illustrate the process.

What is wrong with that?

I agree that this isn’t black and white. I used the example of “fetta” because it is not a region - and the EU is appealing to more nebulous associations with a word, such as you are suggesting, but which I am rejecting. That or the EU is just being the EU, petty and bureaucratic.

It’s complicated though because many Australians / English speakers may not associate the same things with a name that the EU does e.g. champagne, prosecco, sherry. To someone in the EU maybe they are regional. To us, nah. We got on just fine for decades drinking champagne that is not from Champagne.

how do you distinguish between a name that has become common usage, a word that anybody may use, and one that is a trade name that only certain people may use?

By accepting the minimum of BS from the word choppers - tell the manufacturer to produce a better product rather than a better lawyer. Unless the name is a registered trademark in Australia.

tell the manufacturer to produce a better product rather than a better lawyer. Unless the name is a registered trademark in Australia.

A straight forward response, but would it be a diplomatic response in trade negotiations?

Is Australia the taker or the giver when it comes to negotiating with the EU might be the better test?

In the mean time it’s not that hard to fit in?

In reality you are right. Logic goes out the window and it all comes down to negotiation. I would guess that the EU has greater bargaining power.

tell the manufacturer to produce a better product rather than a better lawyer.

might well be satisfactory from a consumer perspective - and that is really my perspective. When a manufacturer chooses to litigate rather than innovate it is unlikely to benefit the consumer.

Another Cheese that will need a name change if made here is Havarti, the drink Grappa & Scotch Whiskey is another drink affected, but the word scotch may also be banned from meat names eg scotch fillet may be banned. Article today describes some more items affected by the Geo Indications trademarking: 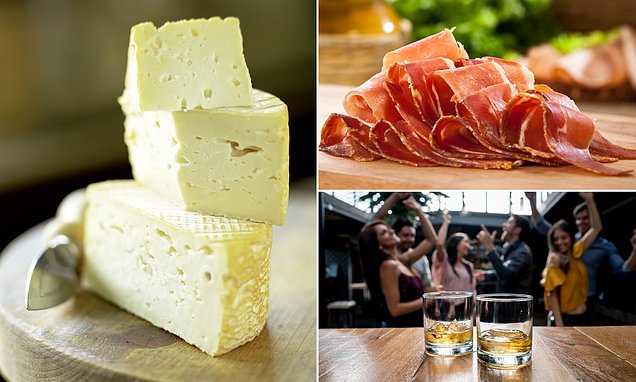 The EU has ordered Havarti cheese in Australia must be changed as sole ownership of the name has been granted to Denmark.

A list of hundreds of products the EU want renamed under the FTA signed in August:

This page provides information on the level of geographic indicator protection requested by the EU.

Yet another case of self-entitled individuals with grossly overly-inflated egos demanding the intellectual property rights for names that other persons have already been using.

the drink Grappa & Scotch Whiskey is another drink affected

Grappa and Scotch … hmm that will get your motor running.

And another case of a prima donna trying to prevent an Aussie from using their own brand.

An interesting article regarding the outcome of a court case in relation to Plant Breeders’ Rights. 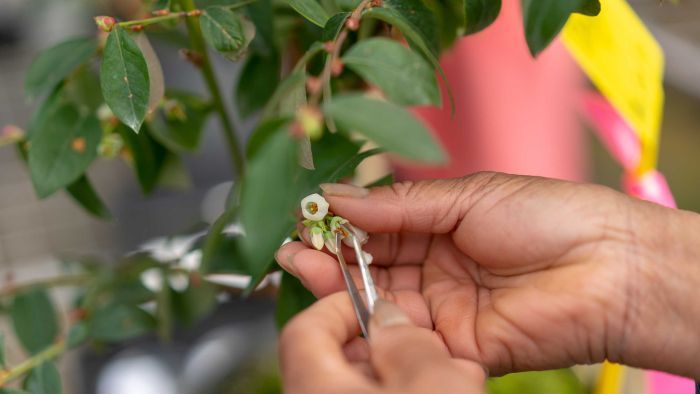 We hear more about rip-offs of art and fashion but plant varieties are also being ripped-off, and a court has sent a message about intellectual property.